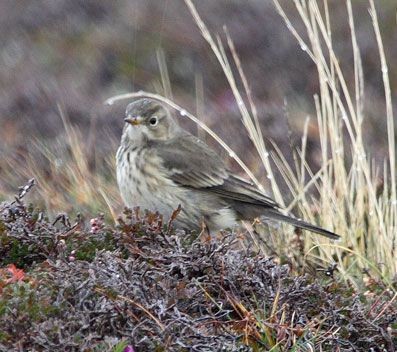 The arrival of American Buff-bellied Pipits on both Fair Isle (from 23rd) and St. Mary's (from 25th) was the event of the week. A further record involved one that landed on a ship at sea to the northwest of Lewis (Outer Hebrides) on 20th September that was found dead. Another was also discovered on the island of Ouessant in France, testament to the scale of the present arrival. With just seven previous British and Irish records, these birds constitute quite an influx - how many more are waiting to be unearthed in between? 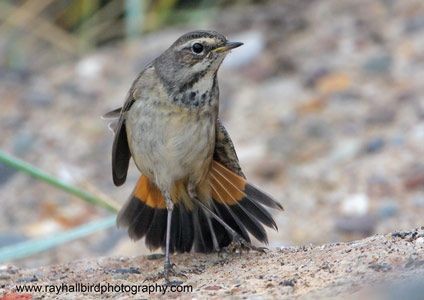 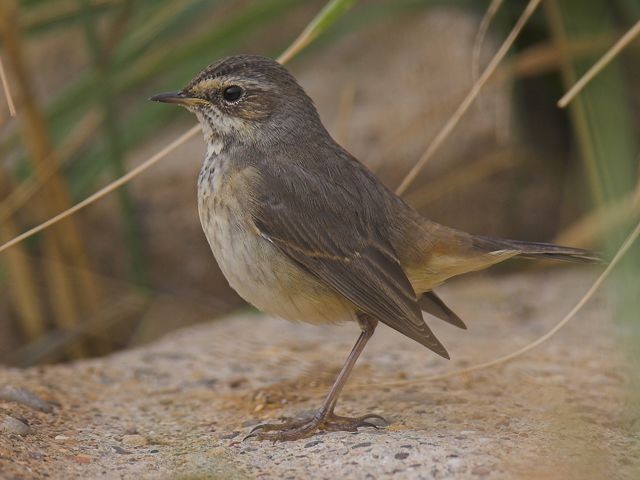 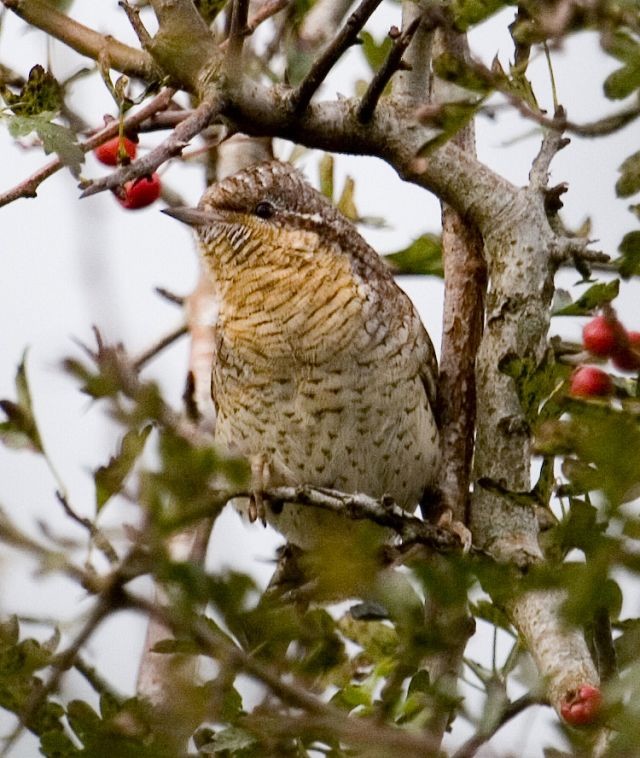 Other passerine arrivals were few and far between against the onslaught of an incessant westerly airflow, but perseverance did provide a few rewards. An Arctic Warbler was on Out Skerries (Shetland) from 23rd onwards and a Sardinian Warbler at Loch of Spiggie (Shetland) from 26th. Citrine Wagtails included the long-staying bird on Scilly, favouring Tresco, plus others at Sandwick (Shetland), Lissagriffin and Mizen Head (Co. Cork) and a Little Bunting was at Seasalter (Kent) on 12th. The Woodchat Shrike remained on St. Martin's (Scilly) to the 24th; there was a juvenile Rose-coloured Starling at Pennington Marshes (Hants) from 23rd and Hoopoes on Ramsey Island (Pembrokeshire) on 23rd and Rollesby Broad (Norfolk) from 23rd to 24th. The Marsh Warbler remained on Unst (Shetland), as did the Melodious Warbler there, and the first Yellow-browed Warblers of the autumn made landfall on Shetland on 23rd with another on the Farne Islands (Northumberland) on 25th. There were seven each of Barred Warblers and Common Rosefinches, five Wrynecks and three Red-backed Shrikes, whilst an obliging Bluethroat at Kilnsea (E. Yorks) was well received. Around 40 Lapland Buntings were reported, some perhaps involving birds of Nearctic origin, whilst the Shore Lark was still on Unst and numbers of 'Northwestern' Redpolls continued to be seen. The Red-breasted Flycatcher remained at Easton Bavents (Suffolk) to 20th and an Ortolan Bunting was on St. Agnes (Scilly) on 20th. A Richard's Pipit at Wormwood Scrubs (London) on 23rd was an excellent patch find. With winds at last swinging around to the east, we can expect a much greater selection next week! 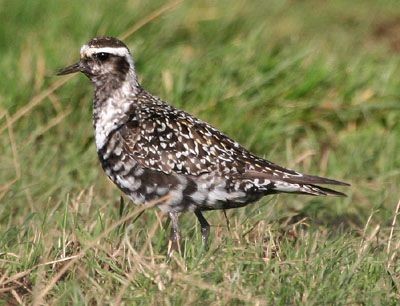 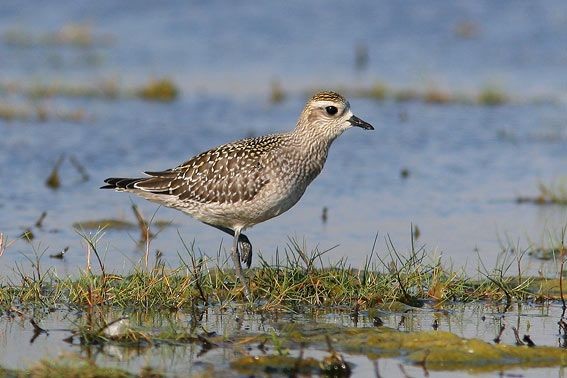 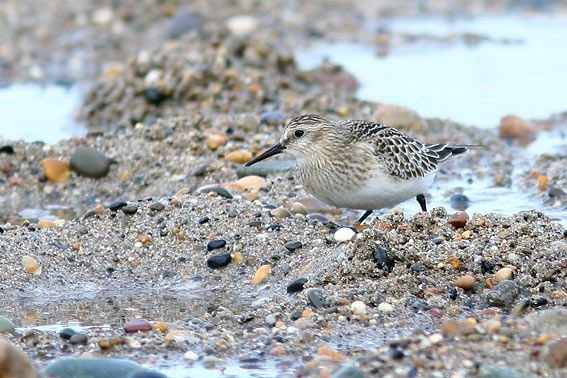 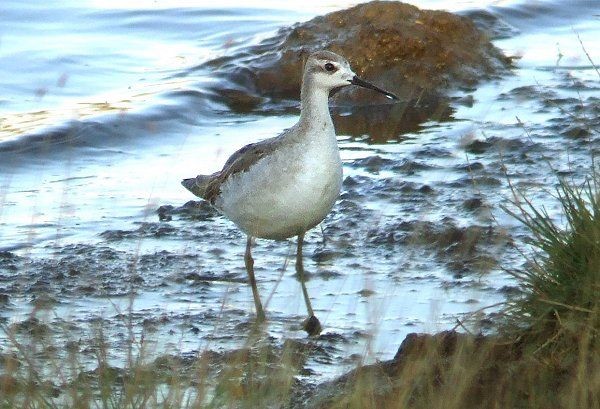 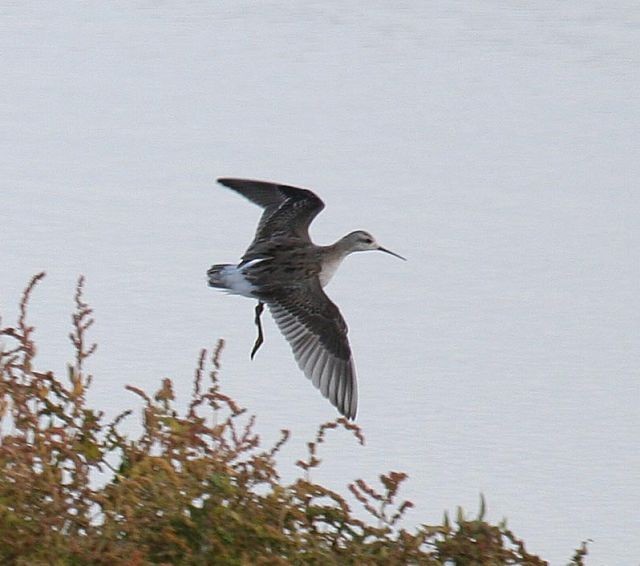 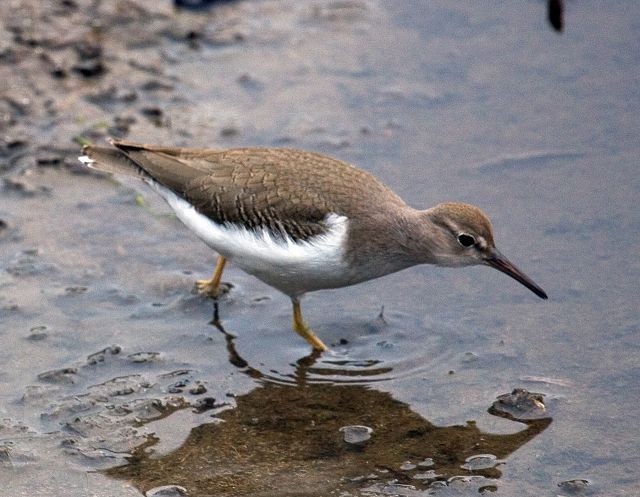 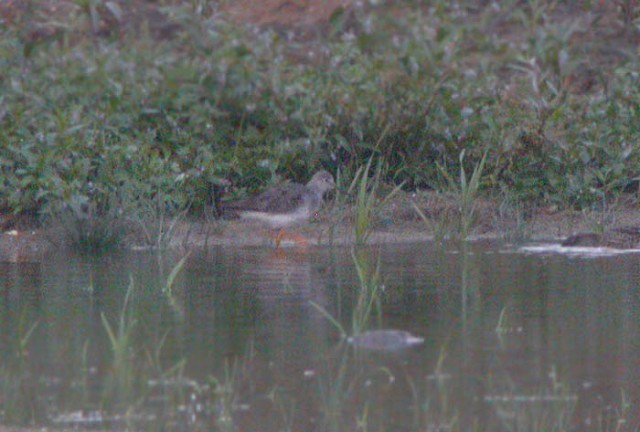 Not surprisingly Nearctic waders continued to feature prominently, the pick being a Greater Yellowlegs at Baston and Langtoft Pits (Lincs) briefly on 25th with it, or another, at Farlington Marshes (Hants) from 26th. The Wilson's Phalarope remained at Belfast Lough (Co. Antrim) through the week and another was at Upton Warren (Worcs) from 23rd and the Killdeer continued its residence at Pool of Virkie (Shetland). There were Baird's Sandpipers at Butt of Lewis (Outer Hebrides) and Tacumshin (Co., Wexford), plus Long-billed Dowitchers at Branston Fen (Lincs) and Titchwell (Norfolk). The supporting cast included a White-rumped Sandpiper at Titchwell on 22nd, and Spotted Sandpipers still on St. Mary's (Scilly) and others on Shetland at Lamba Ness, Unst and on Yell. There were Lesser Yellowlegs at Loch of Tankerness (Orkney) on 19th, Hanningfield Reservoir (Essex) on 22nd, Clonakilty (Co. Cork) on 23rd and Tinker's Marsh (Suffolk) from 25th. Five American Golden Plovers included three in Co. Wexford, a Red-necked Phalarope was on the Hayle Estuary (Cornwall) on 25th and seawatchers logged good numbers of Grey Phalaropes, including 80 passing the Bridges of Ross (Co. Clare) on 24th. Over 35 Pectoral Sandpipers were reported, including three at the Loch of Strathbeg (Aberdeenshire), a dozen Buff-breasted Sandpipers included four at Tacumshin (Co. Wexford), and there were single Dotterel at Bobbington (Staffs) and on the Alaw Estuary (Anglesey). 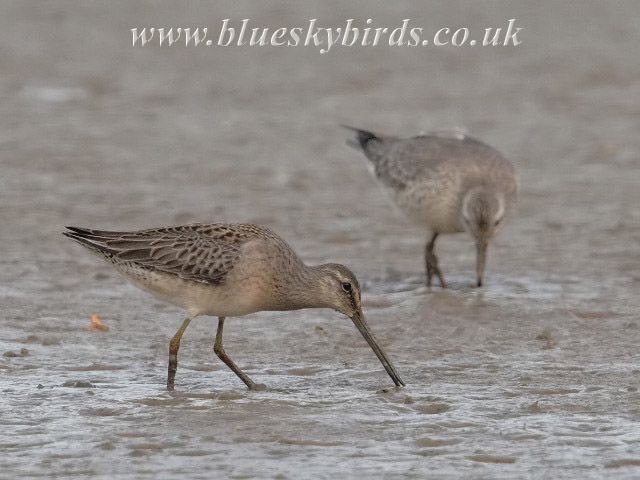 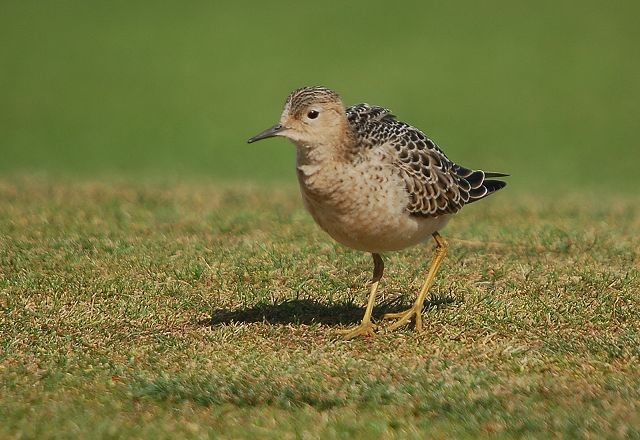 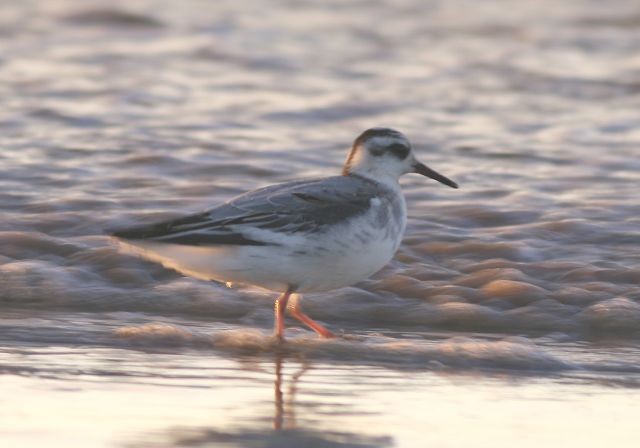 A Fea's Petrel passed Cape Clear (Co. Cork) on 22nd and a Wilson's Storm-petrel passed St Ives Island (Cornwall) on 24th. Impressive numbers of Sabine's Gulls included 39 passing both the Bridges of Ross and Kilcummin Head (Co. Mayo) on 24th. Small numbers of Leach's Storm-petrels were reported, 18 passing Little Orme (Conwy) on 25th the peak count. A total of 13 Cory's Shearwaters passed Porthgwarra (Cornwall) on 20th with 62 Balearic Shearwaters likewise on 24th. Small numbers of Great Shearwaters peaked at five off Lewis on 21st. Single Little Auks were off Titchwell (Norfolk) on 25th and Reculver (Kent) on 26th. An adult Bonaparte's Gull was at Fahamore (Co. Kerry) 23rd and an adult Kumlien's Gull at Reenard Point (Co. Kerry) on 22nd, plus four Ring-billed Gulls were noted. A Caspian Tern was reported over Pontefract (W. Yorks) on 21st. 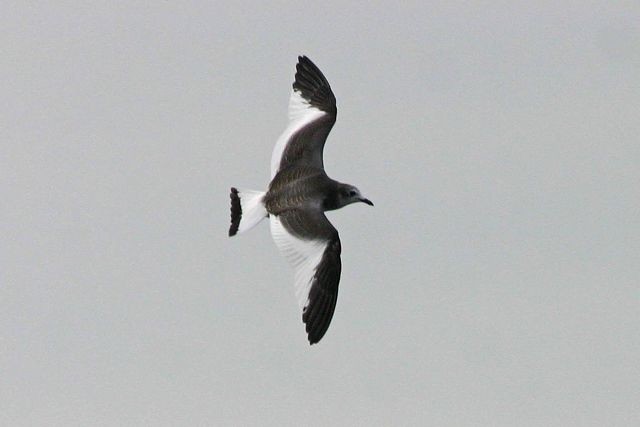 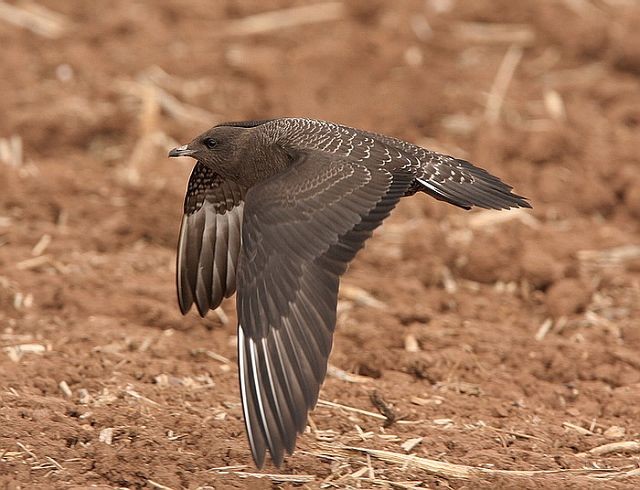 There were Snowy Owls at Blacksod (Co. Mayo) and Lewis (Outer Hebrides), plus the Black Kite remained at Nocton Heath (Lincs) and another was at Wacker Quay (Cornwall). The Glossy Ibis remained in Lancashire, relocating to Warton Marsh via Fairhaven Lake, and a Cattle Egret was in Highland from the 23rd and a Night Heron at Gibraltar Point (Lincs) from 22nd onwards. Several Great White Egrets included the long-staying bird at Leighton Moss (Lancs) and juvenile Purple Herons were at Eldernell (Cambs) and Meare Heath (Somerset), plus an adult at Stiffkey (Norfolk) on 20th. Three Spotted Crakes were still present and Snow Geese included birds in Norfolk and Fife. A Lesser Scaup was at Rutland Water (Leics), there were Ring-necked Ducks at Blithfield Reservoir (Staffs) and Avonmouth (Somerset) and a Ferruginous Duck, or hybrid, was at Hatfield Moors (S. Yorks). The Blue-winged Teal remained in Cleveland as did the female American Wigeon at Tacumshin, and the King Eider was still present off Wester Quarff (Shetland).

Having stayed at Leighton Moss for over four weeks, the magnificent Great White Egret has provided plenty of photo opportunities, with around forty images of this bird being uploaded to BirdGuides. The pick of these, however, is Sue Tranter's shot of the bird in motion, with perfect pose, background and lighting/exposure. In addition to these, it illustrates an unusual 'cross' composition, with the neck and left leg intersecting with the wing and right leg. Diagonal lines add dynamism to an image and the intersection of these adds balance to the composition. 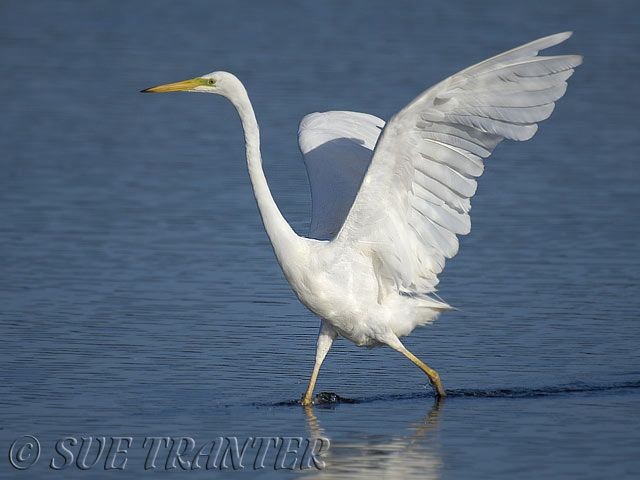 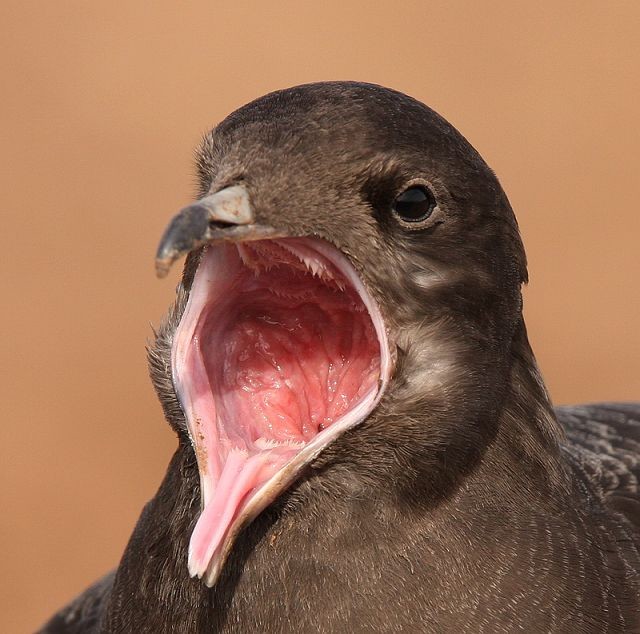 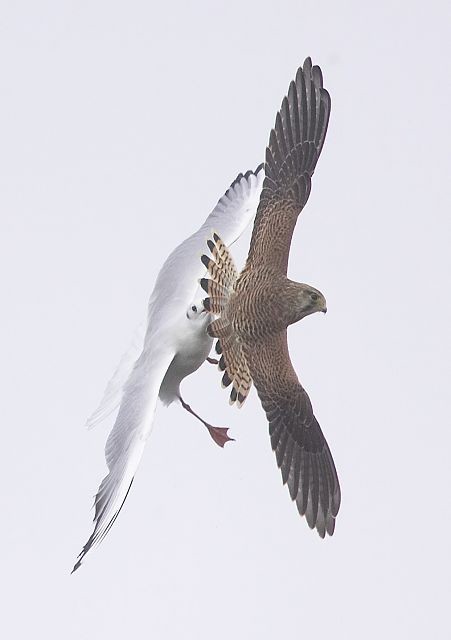 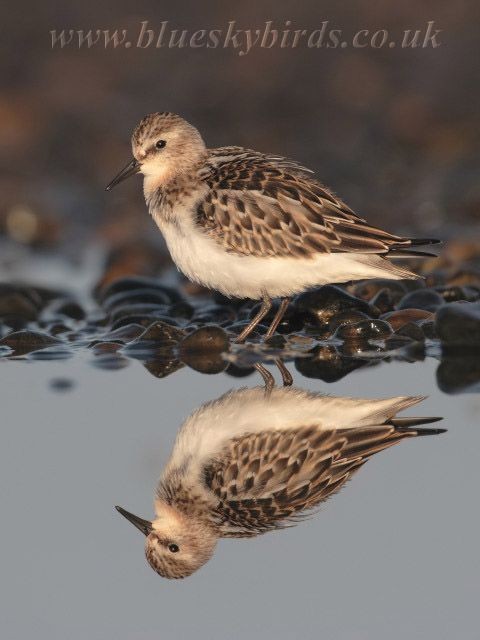 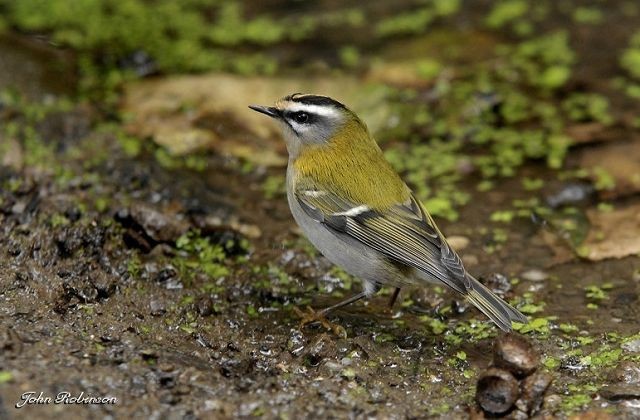 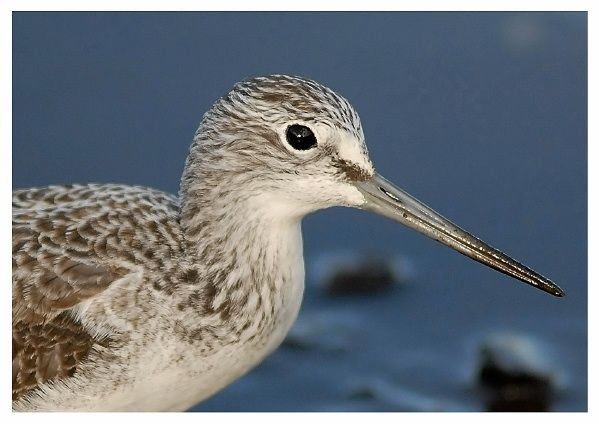 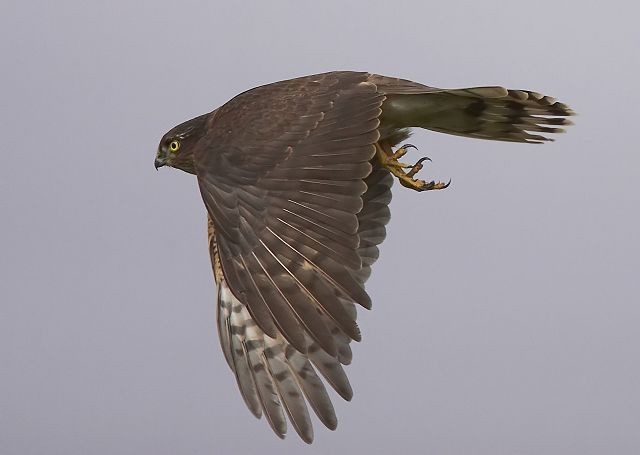 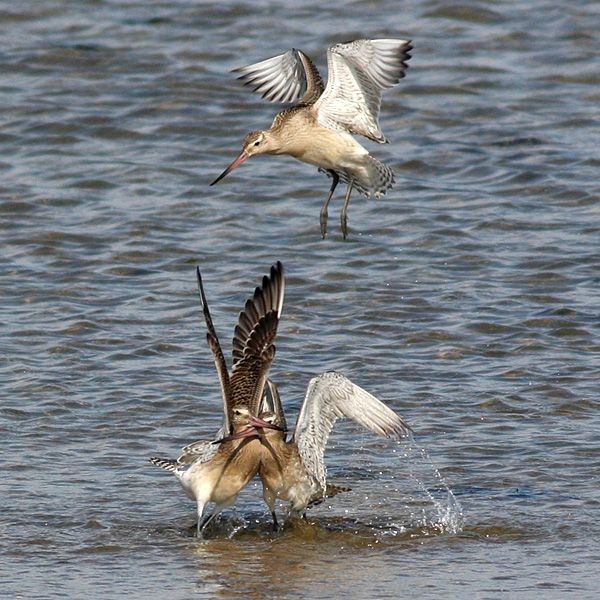