This week was another with little to enliven the summer birding doldrums. Two sites each hosted a notable duo of American visitors. At Gibraltar Point (Lincs) a Long-billed Dowitcher was identified on Saturday 22nd, and a Lesser Yellowlegs that had been present there for much of June was relocated on Thursday 20th. The American Black Tern in Co. Wexford moved from Lady's Island Lake to Carnsore Point on Friday 21st (where it remained to Tuesday 25th at least) but was replaced at the former site by a Forster's Tern found on Saturday 22nd. 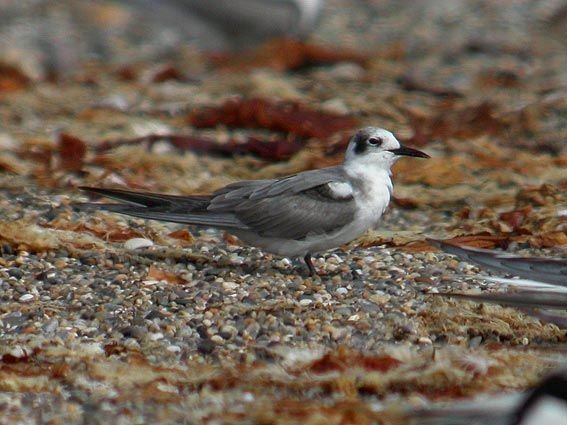 On Friday 21st the provenance of the controversial Pine Grosbeak in Hertfordshire was finally settled. The finder of the bird had sent a photograph and letter to the magazine Cage and Aviary Birds, and was contacted by the owner. The bird - which had escaped on June 23rd - was revealed to be a female that had been colour-fed (i.e. given dietary supplements to redden its plumage), and not a 1st-year male as had been previously thought.

There was a slight increase in wader interest as we reached the beginnings of autumn migration; apart from the Dowitcher and Yellowlegs at Gibraltar Point, Lesser Yellowlegs were also reported from Lancashire and Essex, and a Pacific Golden Plover at Yantlett Creek (Kent) on Wednesday 19th was belatedly reported the following evening (but no further reports were forthcoming). In Norfolk, an adult female Red-necked Phalarope was at Titchwell RSPB from Thursday 20th to Monday 24th (with the long-staying male still on the Outer Hebrides), and a Buff-breasted Sandpiper was briefly at Hickling Broad on Monday 24th. Two Pectoral Sandpipers were reported from Martin Mere (Lancs) and two White-rumped Sandpipers were at Pool of Virkie (Shetland) with a third at Seaton Snook (Cleveland). 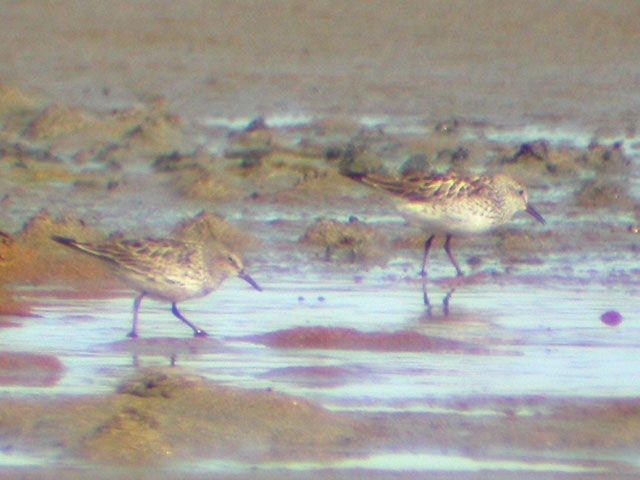 The Black Stork continued its sojourn in the Grantshouse/Houndwood area (Borders) until the final sighting there "early morning" on Sunday 23rd; probably the same bird was seen over the beach at Blyth (Northumberland), some 60 miles to the south, at 10:10 the same morning. Also on 23rd, a Cattle Egret flew over Grove Ferry (Kent). A Great White Egret was on Bardsey Island (Gwynedd) on Wednesday 26th, another toured a number of sites in Essex between Friday 21st and Sunday 23rd, a probable was reported from Albert Village in Leicestershire and the long-staying birds in Hampshire and Dorset remained. A Purple Heron put in an appearance at St. Saviour's Reservoir on Guernsey, and a White Stork of unknown origin was seen over Letchworth (Herts) on Monday 24th. A Spotted Crake was reported from Radipole (Dorset) on Saturday 22nd, but could not be found subsequently. 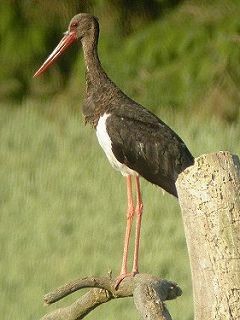 Among the scarcer raptors, Honey Buzzards were reported from Cambridgeshire, Kent, Orkney and Norfolk and Montagu's Harrier sightings in Northamptonshire and East Yorkshire. A drake American Wigeon was at Cardiff Bay Wetlands Reserve (Glamorgan) from Tuesday 25th, the Ferruginous Duck remained on Loch Gelly (Fife) and a Surf Scoter was off the Northumberland coast on Thursday 20th. The Laughing Gull remained at Arlington Reservoir (E. Sussex) to Monday 23rd at least, and a Caspian Tern at Hickling Broad (Norfolk) remained from the previous day on Thursday 20th, but has not been reported since. 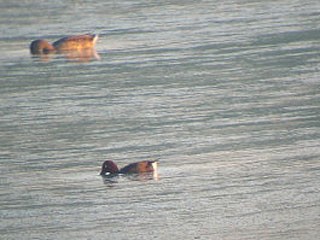 A probable Hoopoe was glimpsed from a car in Harlington (Beds) on 22nd and a Bee-eater was reported from a Polgigga (Cornwall) garden on Sunday 23rd, but neither was seen again. Passerine interest was predictably lacking: a Red-backed Shrike was a good inland find for the time of year at Croxley Common near Watford (Herts), a Woodchat Shrike was reported at Barmston Pond (Co. Durham), a Melodious Warbler was trapped and ringed on Portland (Dorset) and a Common Rosefinch was on Orkney. 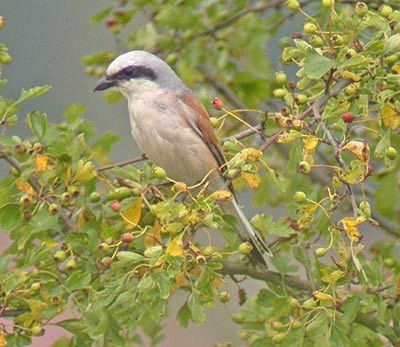