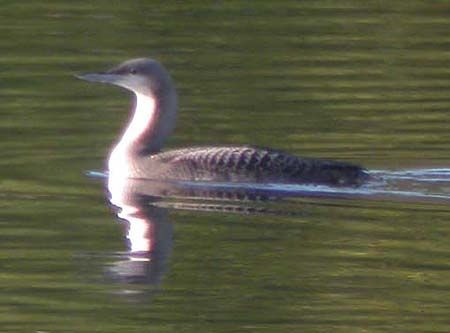 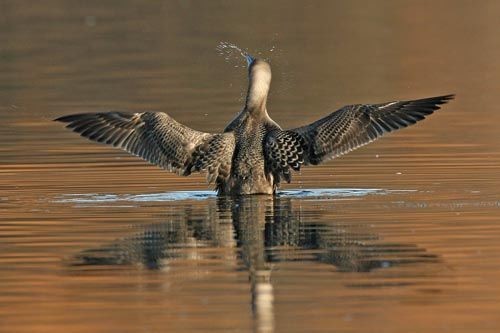 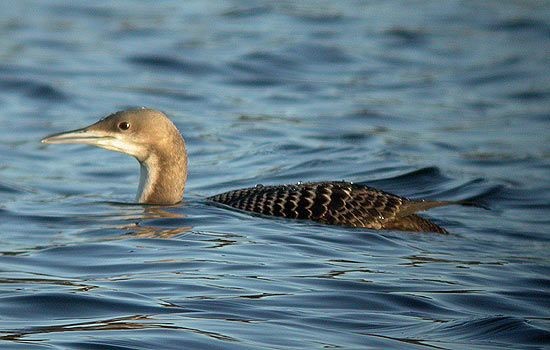 After the excitement of last week, when the first Pacific Diver for Britain entertained the masses at Farnham GPs (N. Yorkshire), just like buses, the second was picked out by diligent observers out at Llys-y-Fran Reservoir (Pembrokeshire) on the 2nd. Less of a 'classic' than the Yorkshire bird, it provided further discussion on the identification features of this species in juvenile plumage. Unfortunately both birds decided to make their departures. In Yorkshire the Farnham GPs crowd-pleaser remained until the 4th and the Pembrokeshire bird remained until the 5th. Now that we know what we should be looking for, will Pacific Divers become more frequent, or will they be linked to specific conditions and be a mega-rarity of periodic occurrence? Only time will tell. 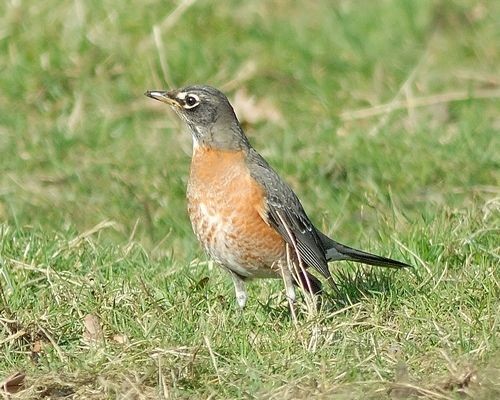 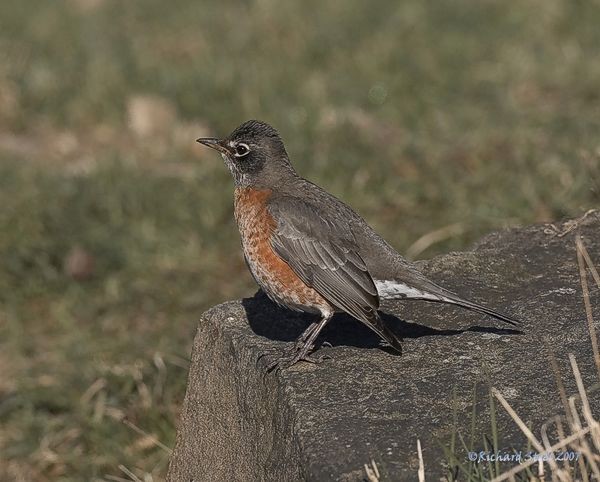 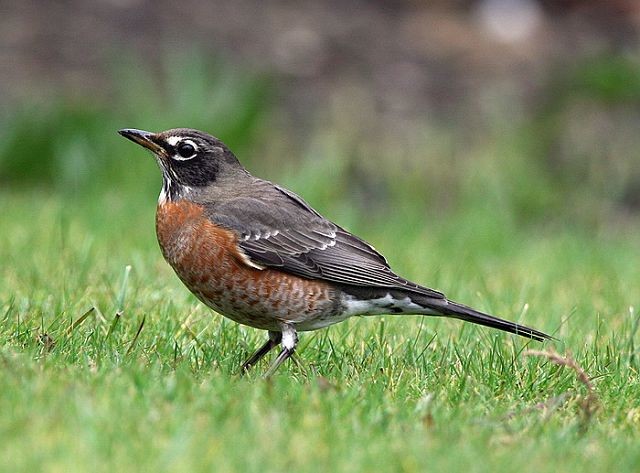 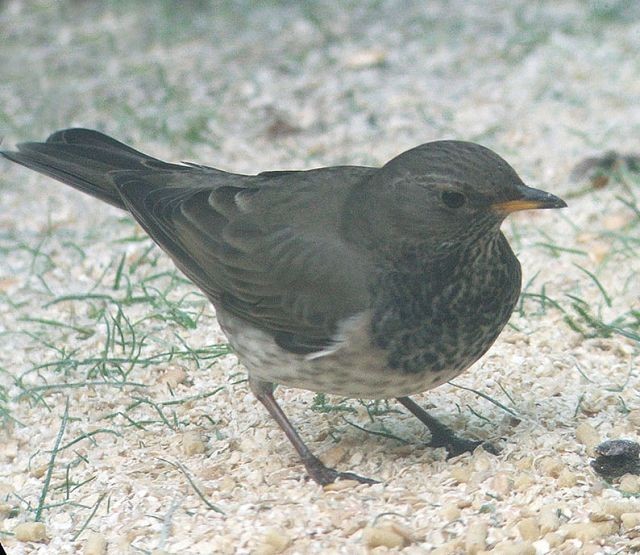 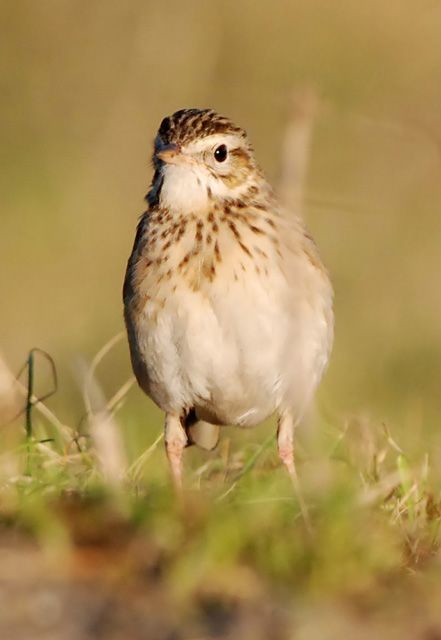 The Black-throated Thrush continued to attract observers to Rothesay on Bute, though it could be elusive, and the other rare thrush on offer, the American Robin in West Yorkshire, continued to frequent gardens in Bingley. The Little Bunting at Amwell GPs (Hertfordshire) has been putting in daily appearances since the 3rd after first being seen last week, and in London the Penduline Tit remained at Rainham Marshes, as did the wintering Richard's Pipit at Tanybwlch (Ceredigion). Five Yellow-browed Warblers were on offer, with long-staying birds still in Hampshire, Dorset and two in Cornwall, plus a 'new' bird at Filton (Glos) on 4th. Two Siberian Chiffchaffs remained in Worcestershire, and others were in Cornwall and Carmarthenshire. A small surge of Waxwings included over 80 birds, mostly along the east coast, though two reached Somerset and one Argyll; many will be hoping these birds push further inland during the present cold spell. Great Grey Shrikes remained in short supply: five included two in the New Forest (Hampshire), one at Nagshead (Glos) from 6th-7th and brief birds at Cannock Chase (Staffs) and Perthcelyn (Glamorgan). Small groups of Shore Lark away from Norfolk included four each at Coldharbour (Kent) and Ythan Estuary (Aberdeenshire), with a single at Cresswell (Northumberland) and the inland bird still at Holmfield (W. Yorkshire). A total of 19 east-coast Lapland Buntings included nine at Saltfleetby and five at Donna Nook in Lincolnshire and four still at Flamborough Head (E. Yorks), plus a singleton at Thornham (Norfolk). 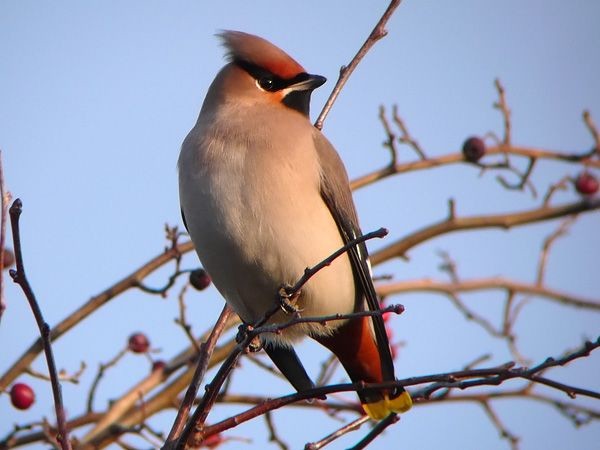 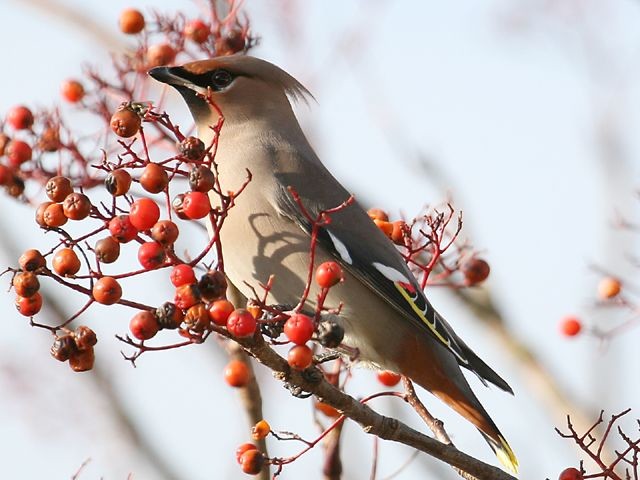 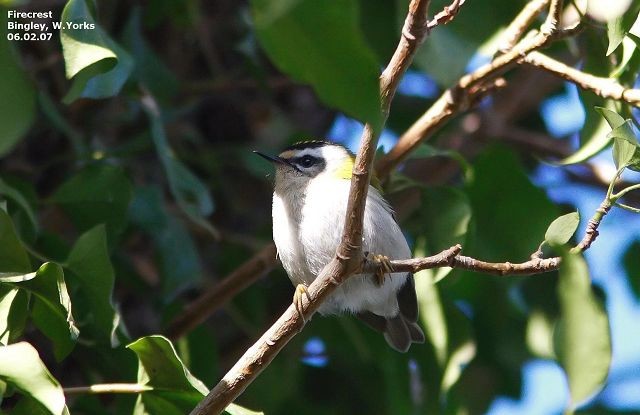 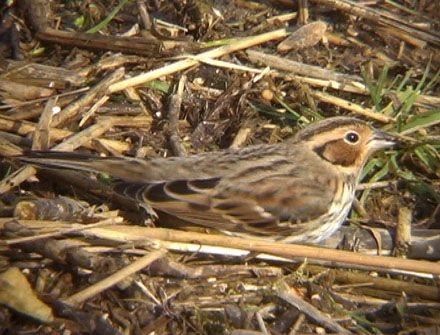 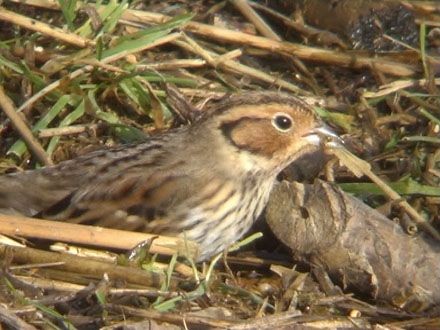 
The adult Forster's Terns remained at Nimmo's Pier (Co. Galway) and Pilmore Strand (Co. Cork), and in Devon the Laughing Gull appeared once again, this time from Torbay on 4th. The 1st-winter Bonaparte's Gull was still on Tresco (Scilly), with the 2nd-winter still at the Otter Estuary NR (Devon) and the adult at Ferryden (Angus/Dundee). Some 16 Ring-billed Gulls were reported, including four still at Nimmo's Pier (Co. Galway). Iceland Gulls were still the 'commoner' of the 'white-wingers', with gatherings of 12 at both Nimmo's Pier and Culmore Dump (Londonderry) and 11 at Killybegs (Co. Donegal). In contrast the peak numbers of Glaucous Gulls included six at Culmore Dump and five at Stornoway (Outer Hebrides). Of four Kumlien's Gulls, one at Carr Vale (Derbyshire) was the most accessible to most. The long-staying Long-billed Dowitcher remained at the Oare Marshes (Kent), as did the bird at Dundalk (Co. Louth). The wintering Spotted Sandpiper continued to show on the Hayle Estuary (Cornwall), as did the Lesser Yellowlegs at Thornham (Norfolk). A Grey Phalarope was at Rainham Marshes (London) on the 4th. 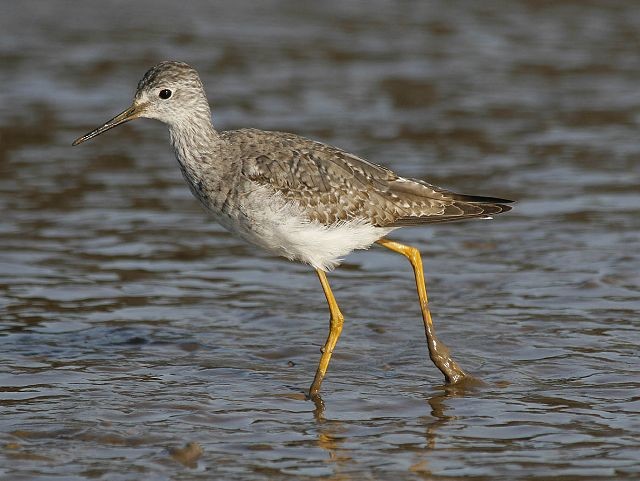 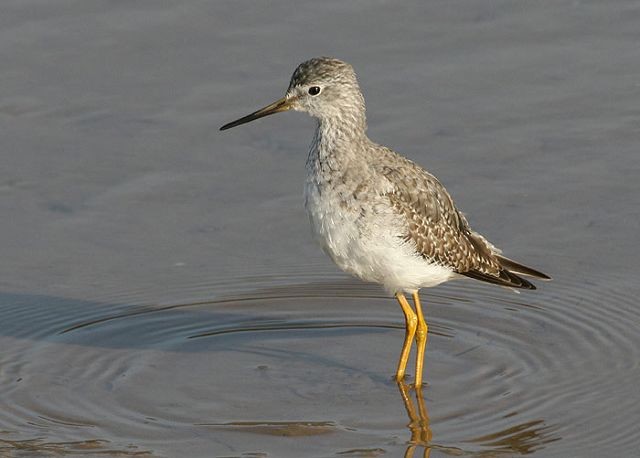 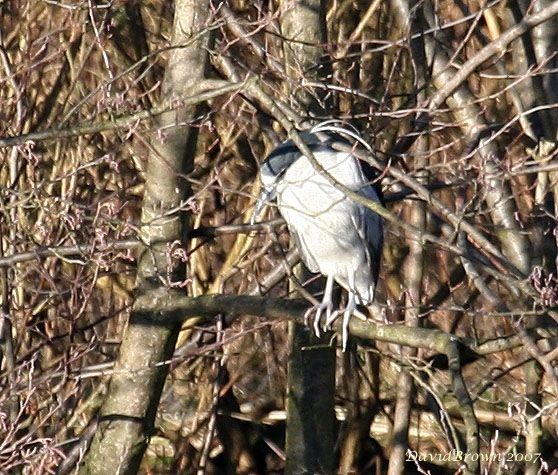 In Norfolk the Black-eared Kite remained in the Snettisham area and in Kent the wintering Rough-legged Buzzard was still on the Isle of Sheppey. A Cattle Egret was present briefly at Pulborough Brooks (W. Sussex) on 1st, the long-staying Cattle Egret remained in Devon and a Great White Egret was again at Walberswick (Suffolk) on 7th. A Night Heron at Low Barns (Durham) on the 4th was a different bird to the recent Yorkshire individual and the released Great Bustard remained at home in Somerset. A total of 16 Spoonbills included flocks of eight in Poole Harbour (Dorset) and five at Isley Marsh (Devon) with singletons on Tresco (Scilly), Foryd Bay (Gwynedd) and Cromane (Co. Kerry). 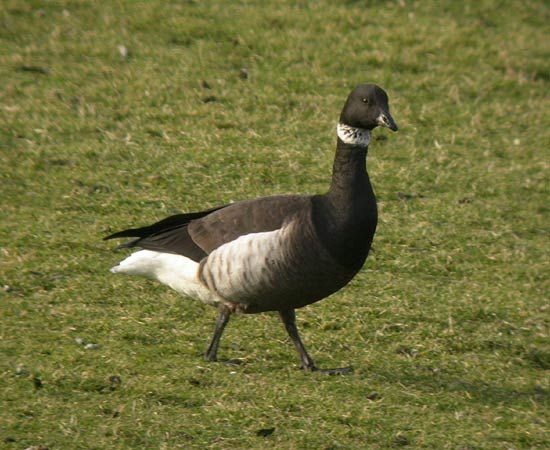 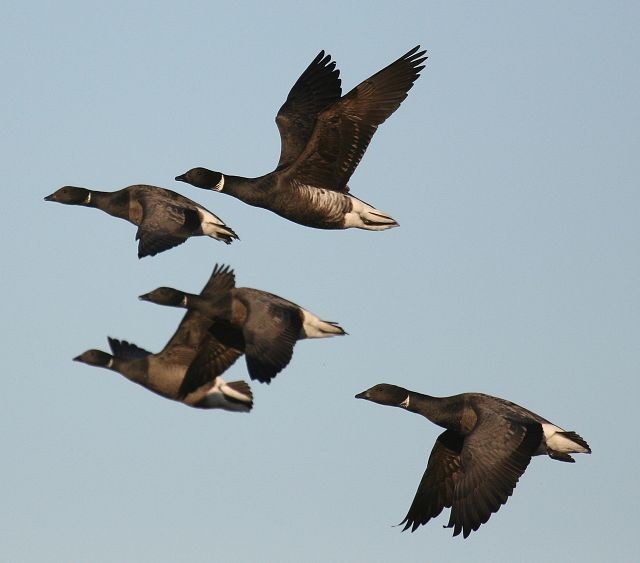 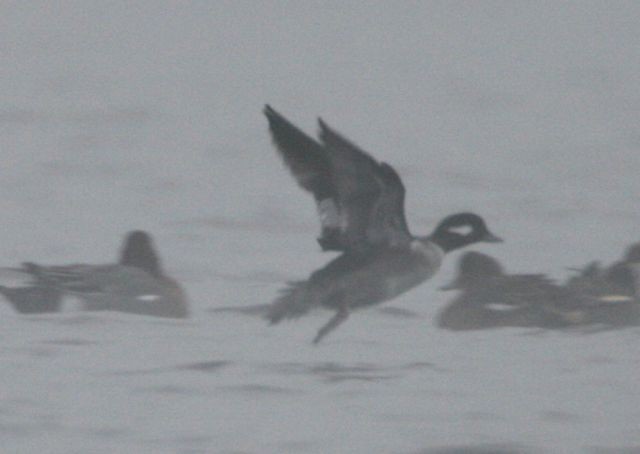 
The roll-call of rare ducks included the drake Barrow's Goldeneye still in Forth and the female Bufflehead still in Co. Clare. Lesser Scaup included birds still at Sonning Eye (Oxon), two on Benbecula (Outer Hebrides) and females at Clea Lakes (Co. Down) and Caerlaverock (Dumfries and Galloway). The female Ferruginous Ducks were still at Elstow GPs (Beds) and New Hythe GPs (Kent) and there were 17 Ring-necked Ducks reported. Scarce dabbling duck included 11 Green-winged Teal and eight American Wigeon plus the drake Falcated Duck at Cliffe (Kent). The drake Black Scoter was still off Llanfairfechan (Conwy), whilst in the southwest Surf Scoters remained off Beer (Devon) and Tolcarne (Cornwall), as well as the drake still off Fife. The Red-breasted Goose remained in Hampshire and another consorted with Pinkfeet in Forth. A handful of Black Brants included one at North Slob (Co. Wexford), Snow Geese were still in Lancashire and Argyll with another in Dumfries and Galloway, where there was also a Taverner's Canada Goose and the Richardson's Canada Goose continued in Northumberland. 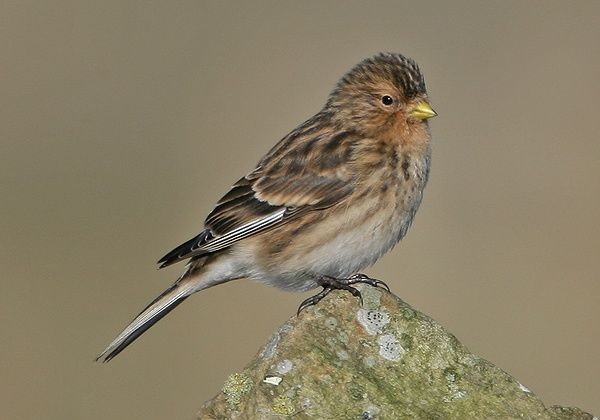 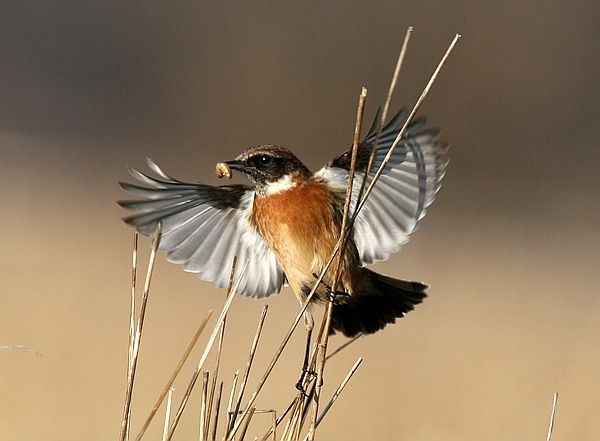 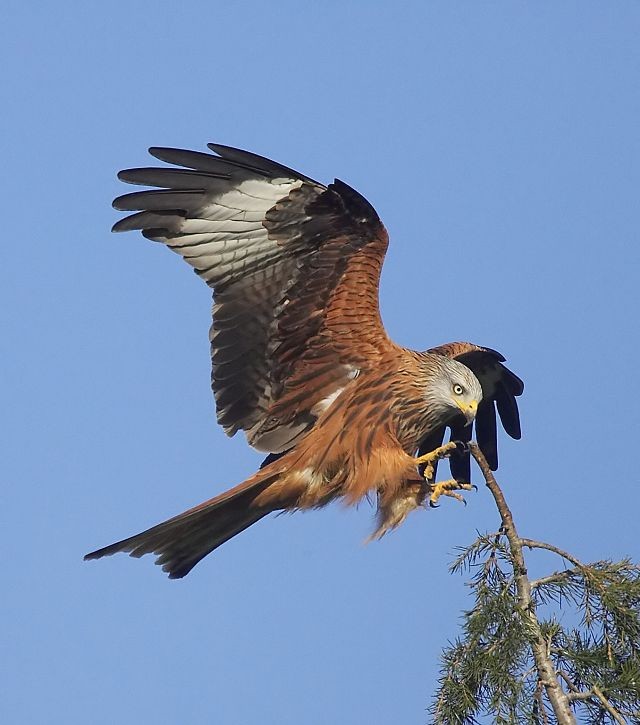 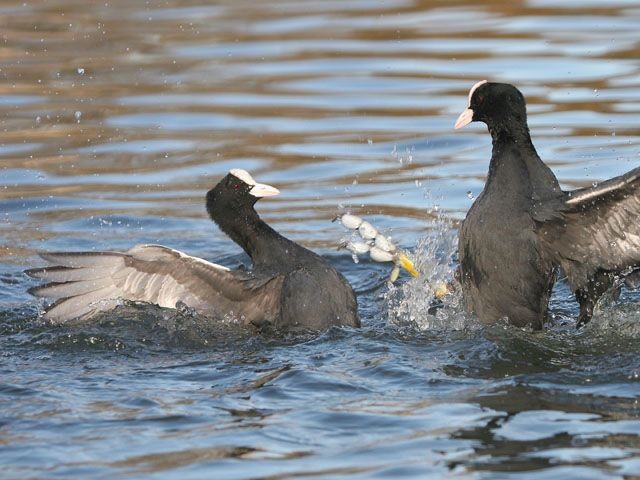 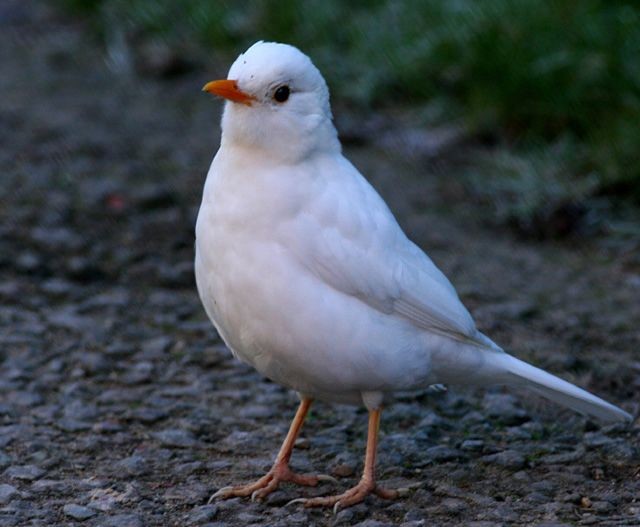