While it's always a shame to see autumn slip away into the gloom of late November and December, the pre-Christmas lull is always welcome. The rapidly shortening days are mirrored by the ever-shrinking roll-call of rare and scarce birds on offer nationwide, which equates to an appreciated quieter period here at BirdGuides as we head towards the festive season and, latterly, the bustle and excitement of the New Year.

This November still seems slightly busier than average, but it was certainly a quieter week, and that's a trend that will no doubt continue as we move into December next week. Despite that, there were again some great birds on offer. On paper, the rarest of the new arrivals was the adult Pacific Diver back in Mount's Bay, Cornwall, from 22nd. This is the ninth winter in which it has appeared in the area, following the initial sightings as long ago as February 2007. Its appearances have been notoriously unpredictable over the years and, assuming it is the same bird, it is often seen as far away as Carrick Roads and Gerrans Bay. Therefore its unusually sedentary nature off Marazion (at least until the afternoon of 25th) is not to be sniffed at.

Though it was found at last knockings on Sunday afternoon and therefore too late for the weekend crowds, the Isabelline Wheatear on the beach at Seaton Snook, Cleveland, was nevertheless a popular fixture throughout Monday and Tuesday. A first for the county and the 33rd for Britain, this also represents the latest-ever Isabelline Wheatear to grace our shores; just three previous November records involve two in 2011 and the previous latest, a bird shot in Cumbria on 11 November 1887! With its confiding temperament and evocative setting, this bird will no doubt be a hit should it decide to linger until the weekend, and we can no doubt expect a few more photos too — here's a few of the cracking selection already uploaded:. 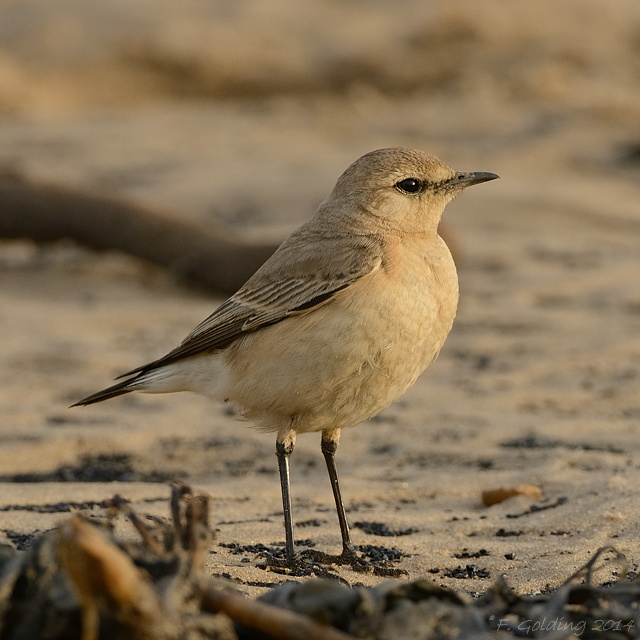 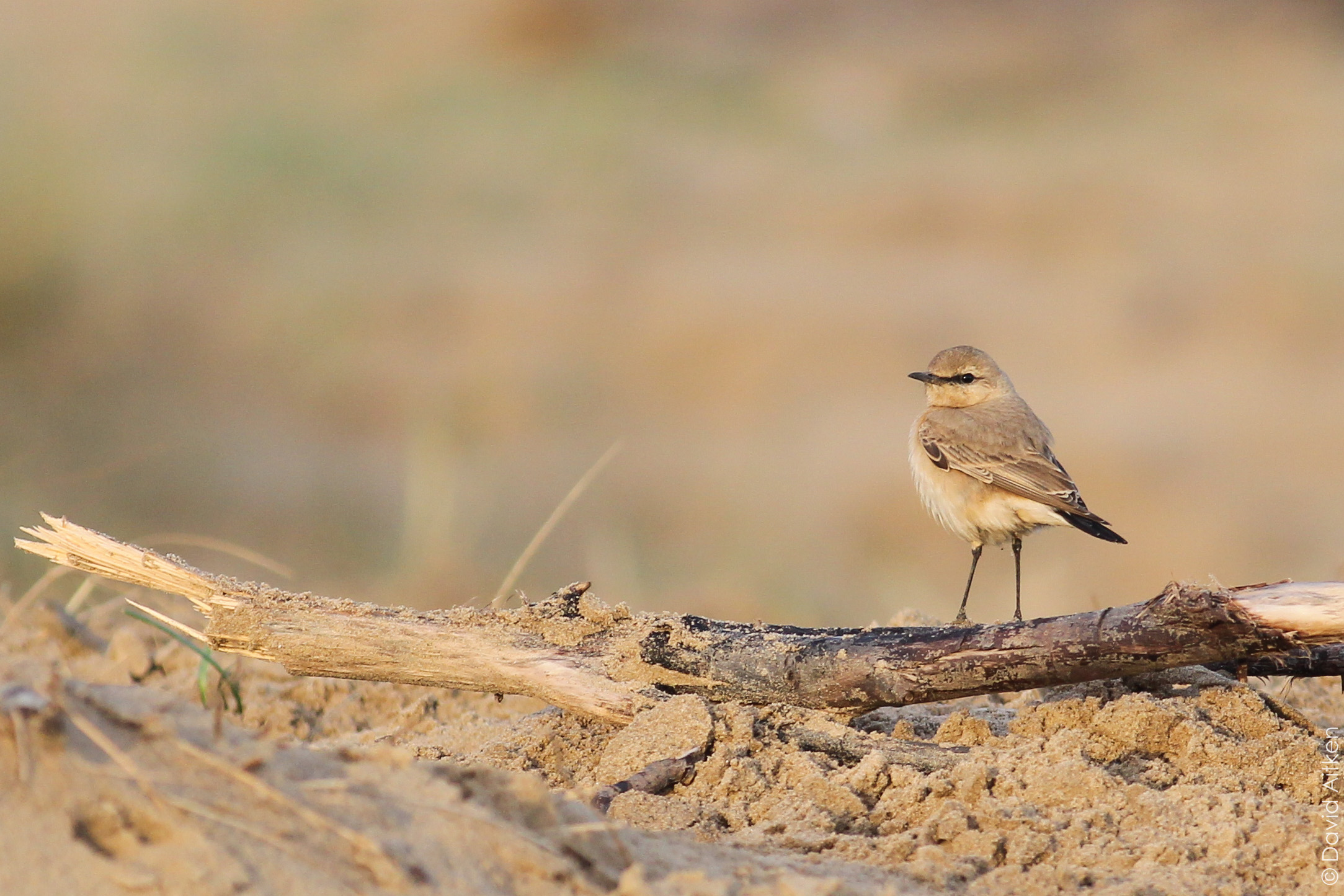 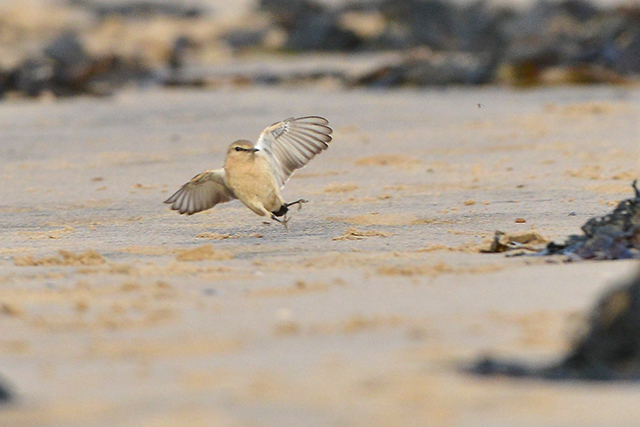 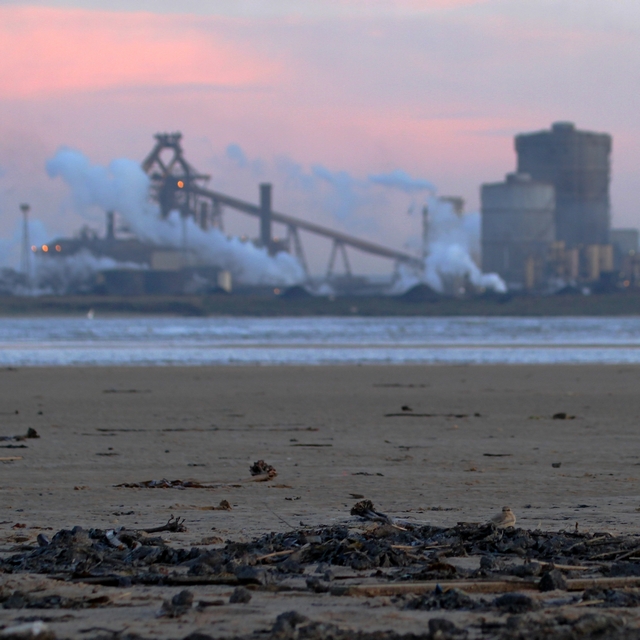 Other bits of excitement on the passerine front included a brief White's Thrush in a Lerwick, Shetland, garden on 19th and the Grey-cheeked Thrush last seen at Rerwick that day. A showy Hume's Leaf Warbler was found at Brier Dene, Northumberland, on 22nd and lingered until Monday; another was reported in Topsham, Devon, on 23rd. The Siberian Stonechat was last seen at Cleadon, Durham, on 22nd, a Red-flanked Bluetail was a fleeting visitor to Westray, Orkney, on 19th and Fair Isle logged yet another Olive-backed Pipit, present from 19th until the week's end. Meanwhile, a Redstart at Kilnsea, E Yorks, was touted as being possibly of the race samamisicus ('Ehrenberg's Redstart') and the Desert Wheatear was last seen at Montrose, Angus & Dundee, on 19th. 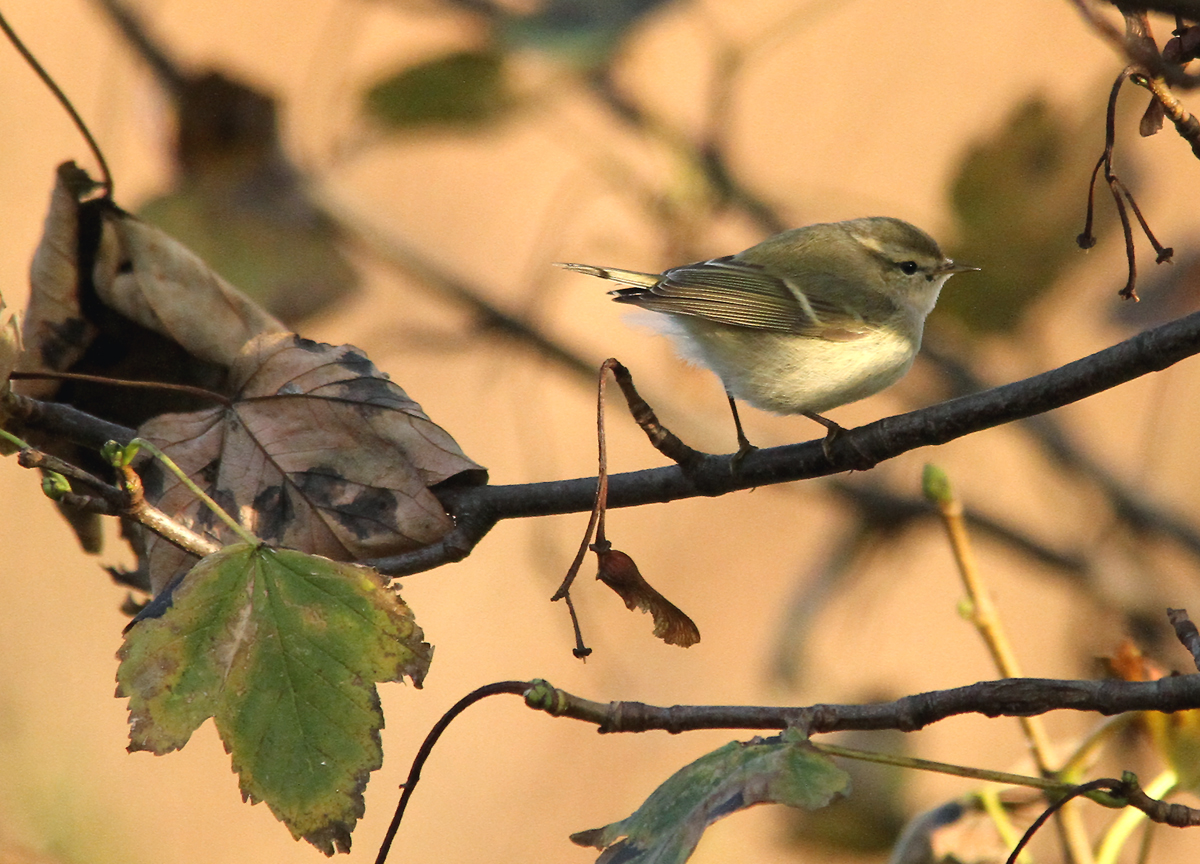 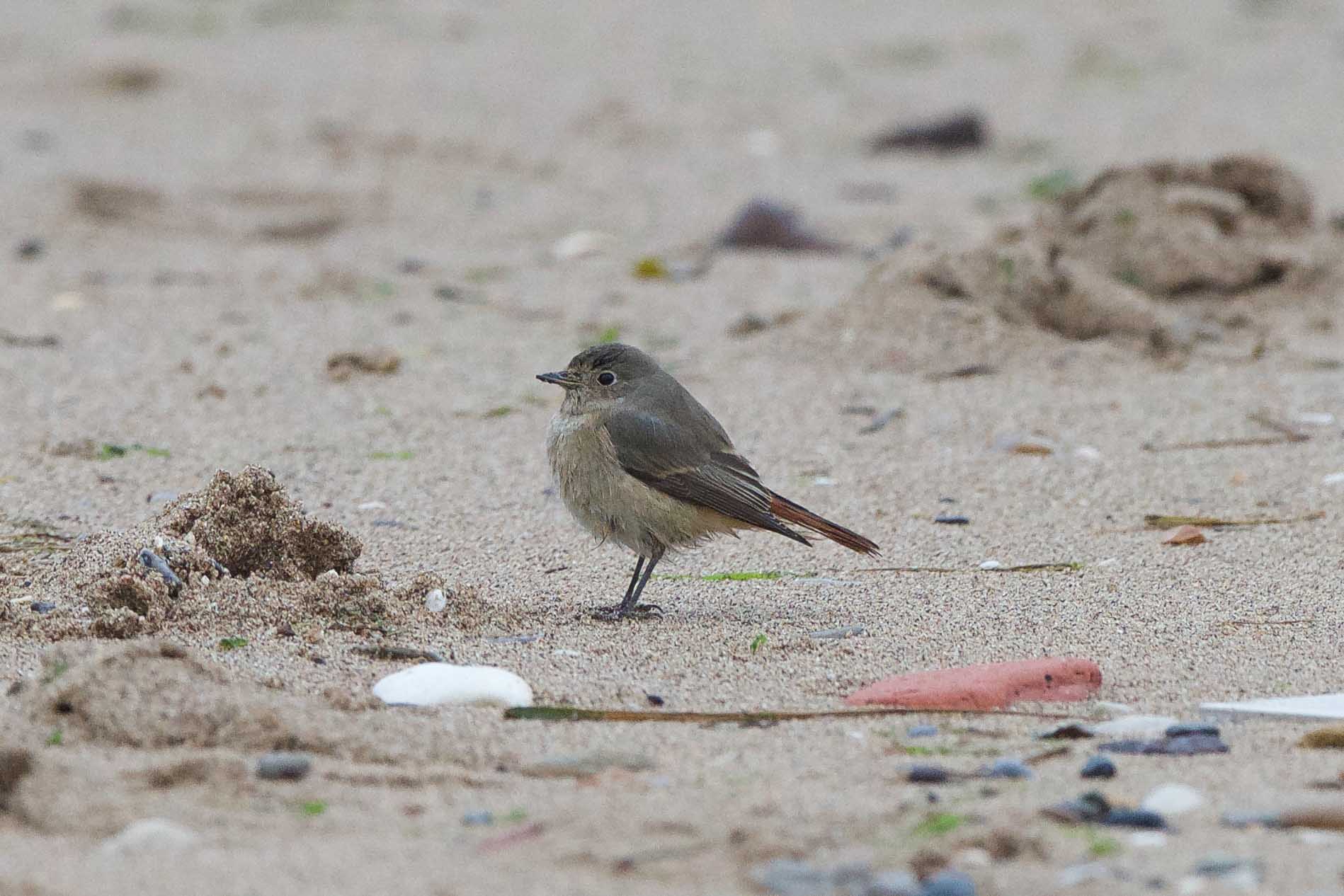 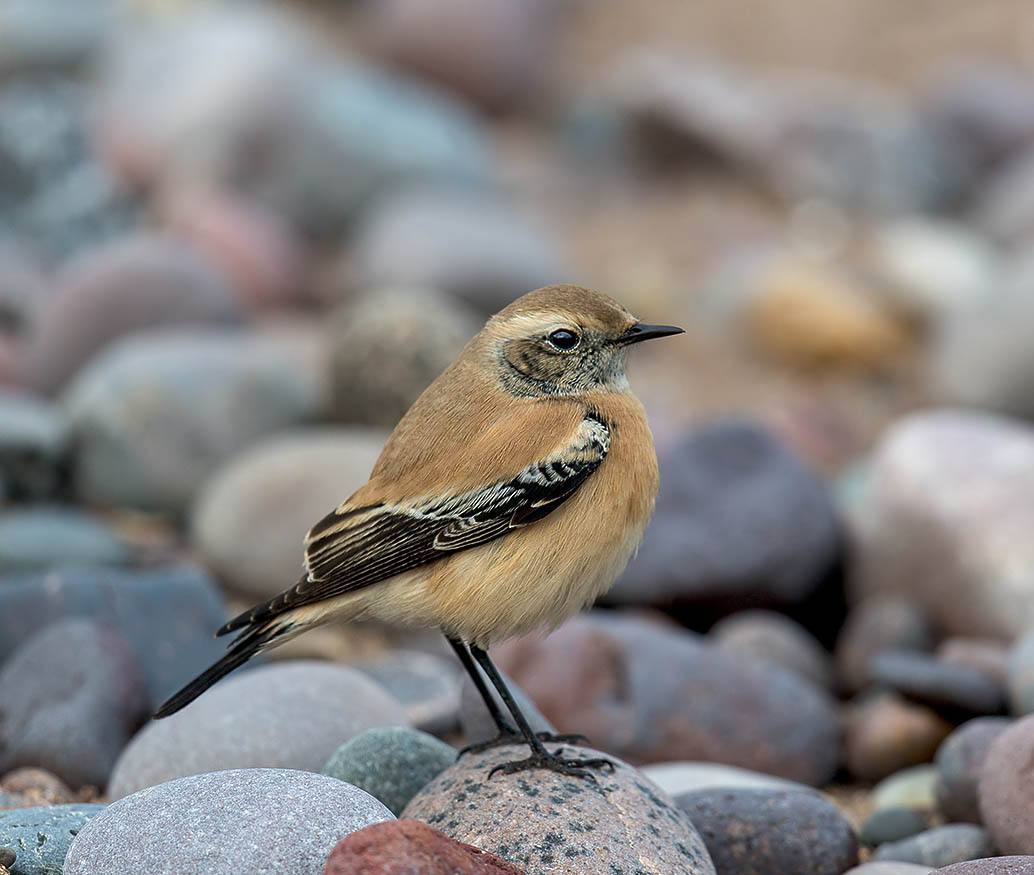 Both American Coots remained glued to their respective chosen waterbodies: Lough Gill, Co Kerry, and Loch nam Feithean at Balranald, North Uist. The former also continued to host one of three drake Lesser Scaup across our islands, the others still in Cardiff Bay, Glamorgan, and at Llangorse Lake, Powys — read an article on the fascinating history of this nasal-saddled bird here. Ring-necked Ducks were limited to a female at Glencar Lake, Co Leitrim, on 19–20th and a drake still at Lough Gara, Co Sligo. Ferruginous Ducks lingered at Brogborough Lake, Beds, and Blashford Lakes, Hants, to 20th and 21st respectively. 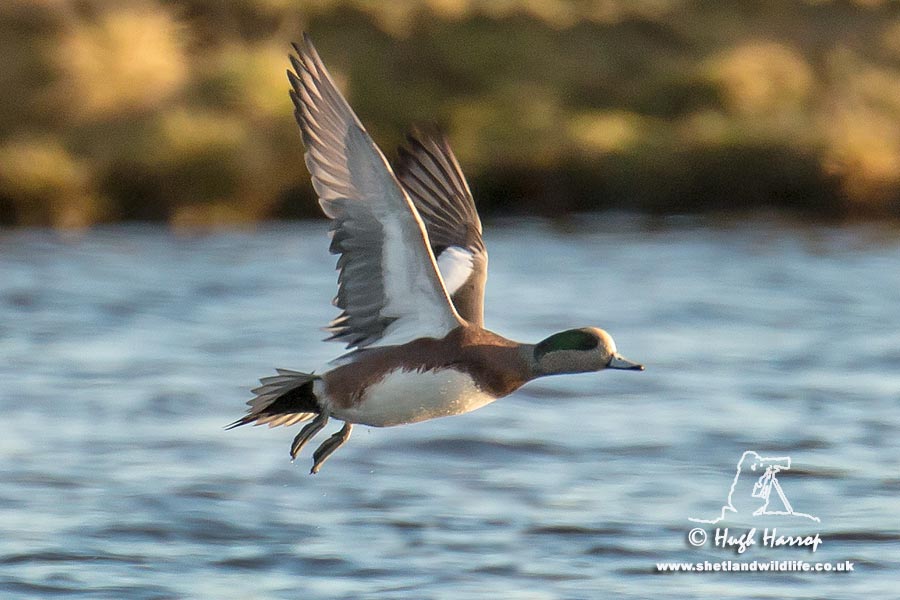 Five Surf Scoters (including four drakes) remained off Old Colwyn, Conwy, on 24th with two (1 drake) off Hermitage, Co Louth, on 22nd. Drakes remained off Holkham, Norfolk, and the Lothian coast, with a female at Black Rock Sands, Gwynedd, on 19th and the youngster still on the Suffolk side of the Stour Estuary.

Snow Geese were with Pink-footed Geese at Keith, Perth/Kinross, on 19th and Colloway Marsh, Lancs, on 22–24th. Black Brants loitered in East Yorkshire, Norfolk and Essex, the latter county claiming three including two at Holliwell Point on 21st. Orkney's Red-breasted Goose remained near Tormiston to 24th at least; a Richardson's Cackling Goose was still on Islay on 19th and the Lesser Canada Goose was still on the Wexford Wildfowl Reserve on 20th.

The Black Stork seen last week in Essex then Suffolk was noted over Waxham, Norfolk, on 20th and then over Bradwell, just south-west of Great Yarmouth, on 24th. Anglesey's Purple Heron showed extremely well at Capel Gwyn at times throughout the week and was still there on Tuesday. The only Glossy Ibis this week was the resident bird at Frampton Marsh, Lincs, while another resident still in situ was the Hillsborough, Co Down, Cattle Egret — incidentally, today marks the third anniversary of its first appearance. Another was still at Burton Mere, Cheshire, and two continued at Dungeness, Kent, where there were also at least seven Great White Egrets. 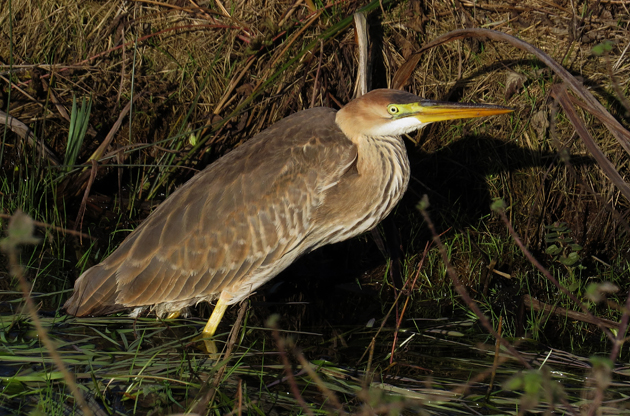 The only shorebirds of real note this week were again the continuing Lesser Yellowlegs at Poulnasherry Bay, Co Clare, and Hayle Estuary, Cornwall. A handful of Grey Phalaropes were seen including a lingering bird inland at Tophill Low, E Yorks, to 22nd.

The Franklin's Gull continued to roost regularly at Blashford Lakes, Hants, and even came in quite early on 24th and 25th — perhaps suggesting that it's now using a closer site during the day. The adult Bonaparte's Gull was again at Dawlish Warren, Devon, on 23rd and another adult was off the Farne Islands, Northumberland, the same day. The Forster's Tern returned to Galway Bay once again, being seen off Kinvarra on 23rd. Ring-billed Gull numbers were low: a first-winter was at Sennen Cove, Cornwall, on 24th, with the Scilly bird still on St Mary's on 23rd; adults remained in Co Wicklow, Hampshire and Highland. 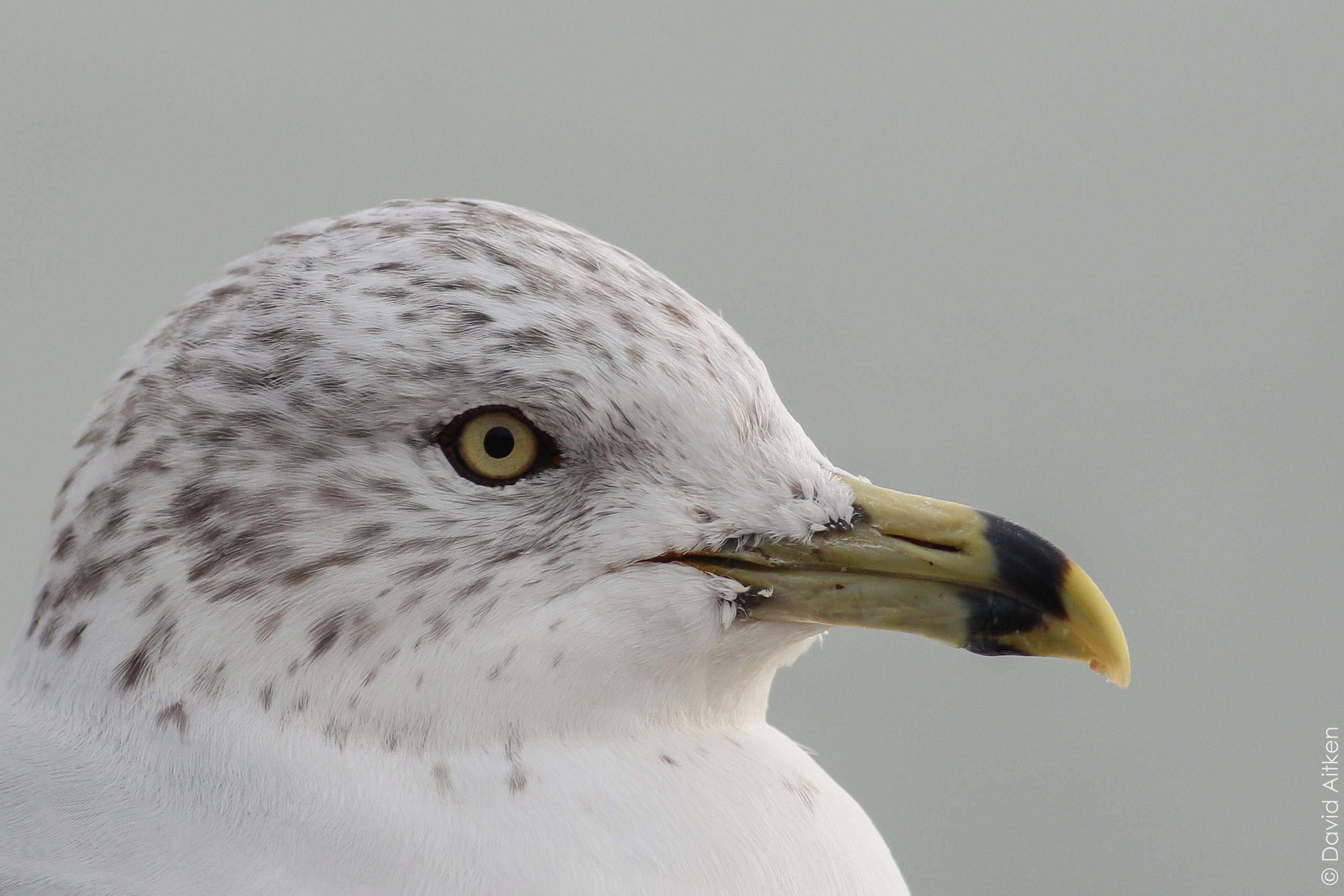 Two Hoopoes remained on the south coast: at Portland, Dorset, and Dawlish Warren, Devon, both to 24th. A Richard's Pipit flew over Titchwell, Norfolk, on 19th and a lingering bird was near Heamoor, Cornwall, from 20th; the bird at Cloughton Wyke, N Yorks, was joined by a second on 24th and both were still there on Tuesday. 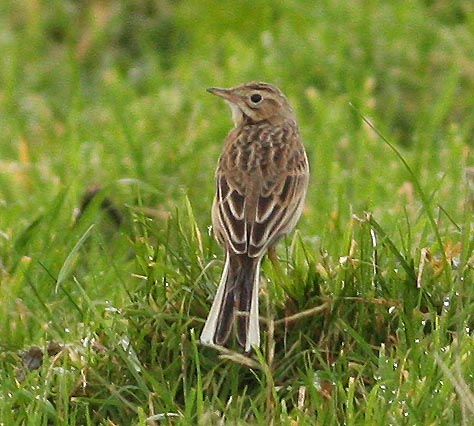 A pleasant scattering of Dusky Warblers included new birds on St Mary's, Scilly, on 19th and another on nearby Tresco on 23–24th; lingering birds remained at Landguard, Suffolk, and Portland, Dorset, to 20th and at Kelynack Valley, Cornwall, throughout the week. The bird last seen at Hollesley Marshes, Suffolk, on 19th was perhaps that at nearby Boyton Marshes on 20th, but that could equally have been a different bird. At least 13 Yellow-browed Warblers were seen nationwide; as tends to be the case in late November, most were in the south and south-west although one was at Holm, Orkney, on 23rd. Twos were at Broadsands, Devon, and Gunwalloe, Cornwall.

The Rose-coloured Starling was again in the Bishopton area of Bristol on 24th and 25th though it could be elusive; another good garden find was a Common Rosefinch in Cobh, Co Cork, on 23rd — it lingered until the week's end. The two Penduline Tits were reported again at Strumpshaw Fen, Norfolk, on 19th. Serins were over Dungeness, Kent, and Porthgwarra, Cornwall, on 19th and 20th respectively; two were at Winspit Valley, Dorset, on 20th. A Little Bunting was at Nanjizal Valley, Cornwall, on 20th, while around 20 Great Grey Shrikes were almost all birds on established winter territories. 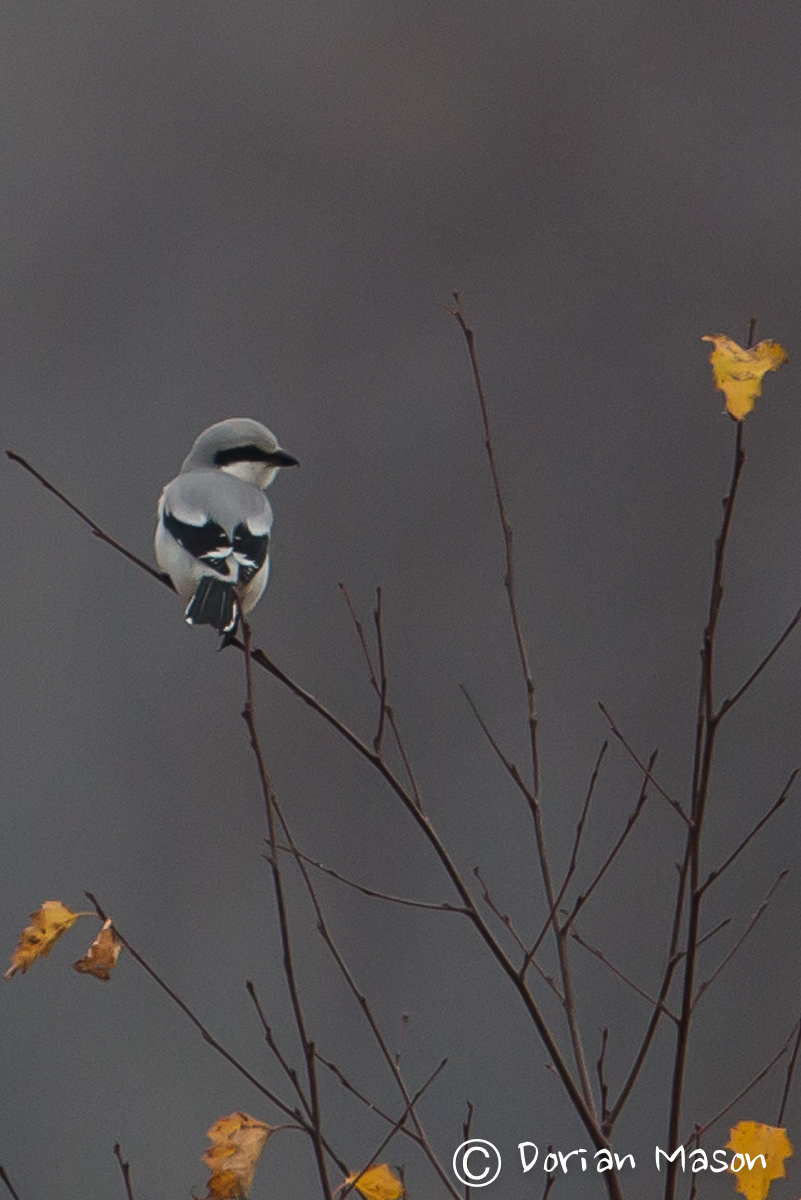 The standout overseas record this week was of an African Desert Warbler that had been present on private land near Alphen aan den Rihn, Netherlands, on 12–19 November. This is the first Northern European record of a species that has only previously made it as far north as Spain and, in context, must be one of the most sensational records of the year. Hot off the press is the news that the bird has been relocated this morning (26th), and no doubt a large-scale twitch will quickly form.

Other records included the drake Hooded Merganser still on the outskirts of Reykjavík, Iceland, and the adult Ivory Gull still at Nazaré, Portugal, until 19th. In the Azores both American Coot and Greater Yellowlegs were found on Pico, while an impressive record of a first-winter Lesser Crested Tern came from the Atlantic coast of France: the bird lingered at Tarnos, Landes, from 22–25th. 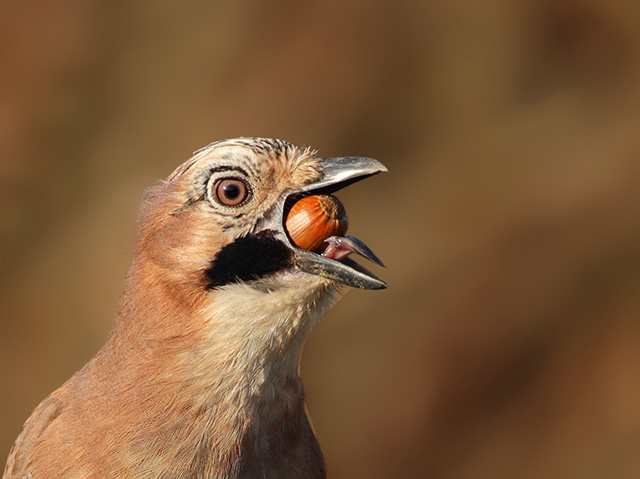 I liked this photo as soon as I saw it, says Steve Young. It has a certain impact that made me stop browsing through the Iris galleries as soon as I came upon it. Not all close-up shots work and some are obvious crops from smaller images, but this Jay, complete with half-swallowed acorn, by Martin Jump is certainly an effective capture.

A shutter speed of 1/2500th second has frozen the action, while an f7.1 aperture has rendered all the bird sharp and the 400mm lens has thrown the background nicely out of focus; a great late autumn shot and seasonal POTW; congratulations to Martin. 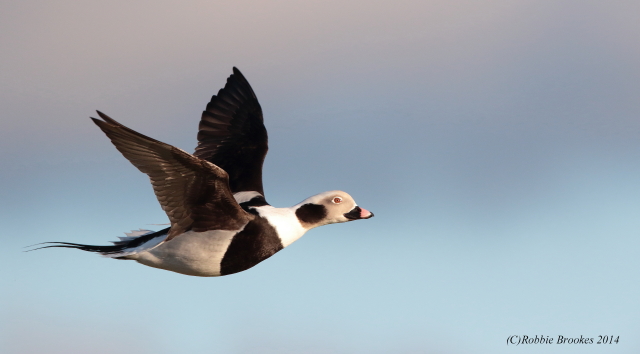 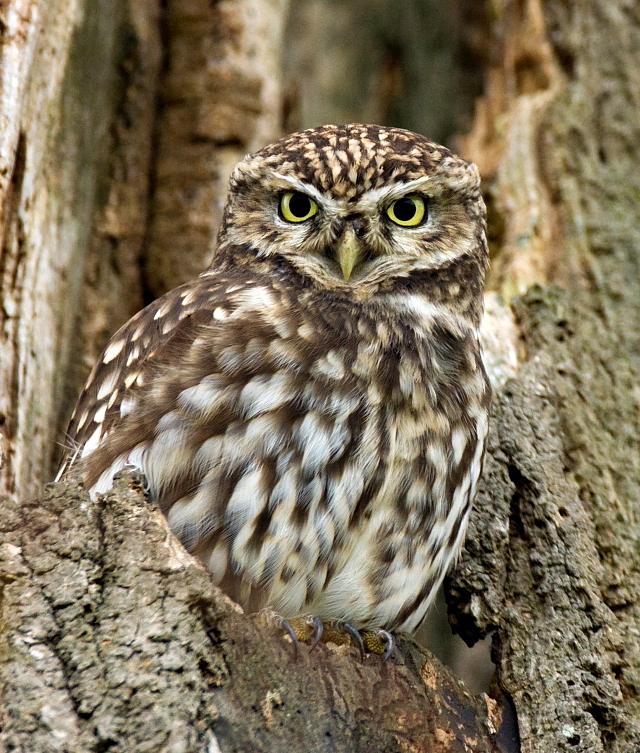 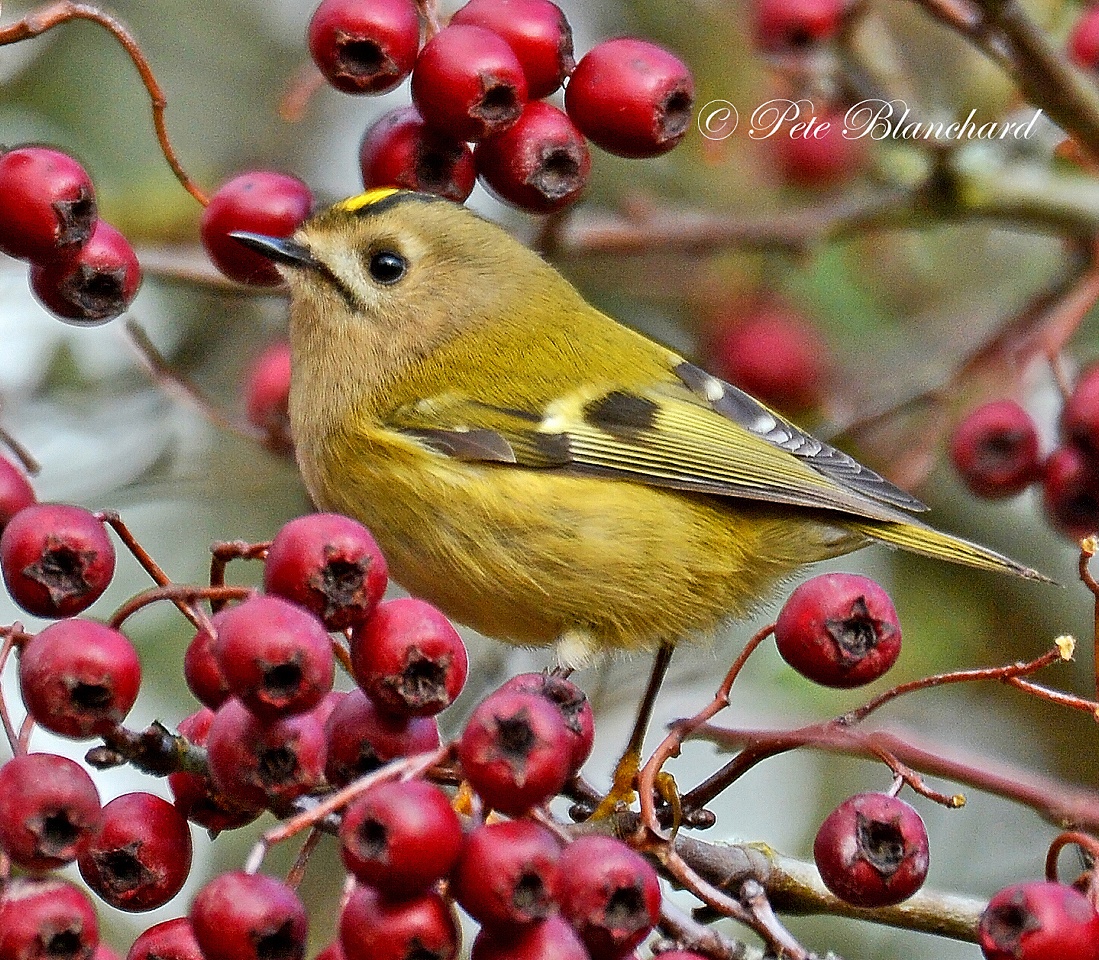 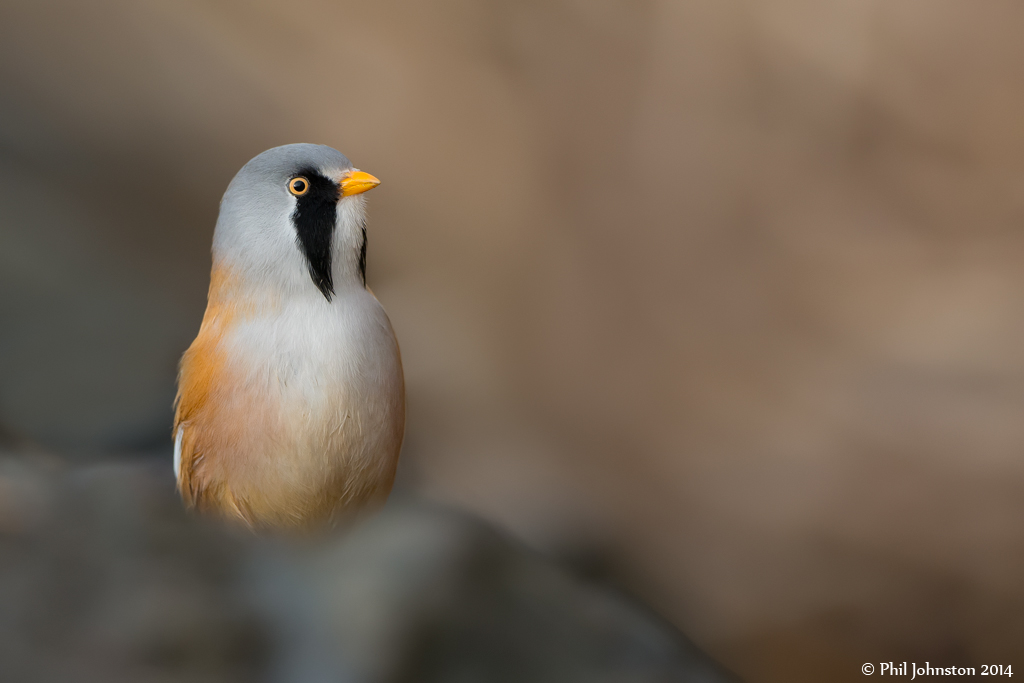 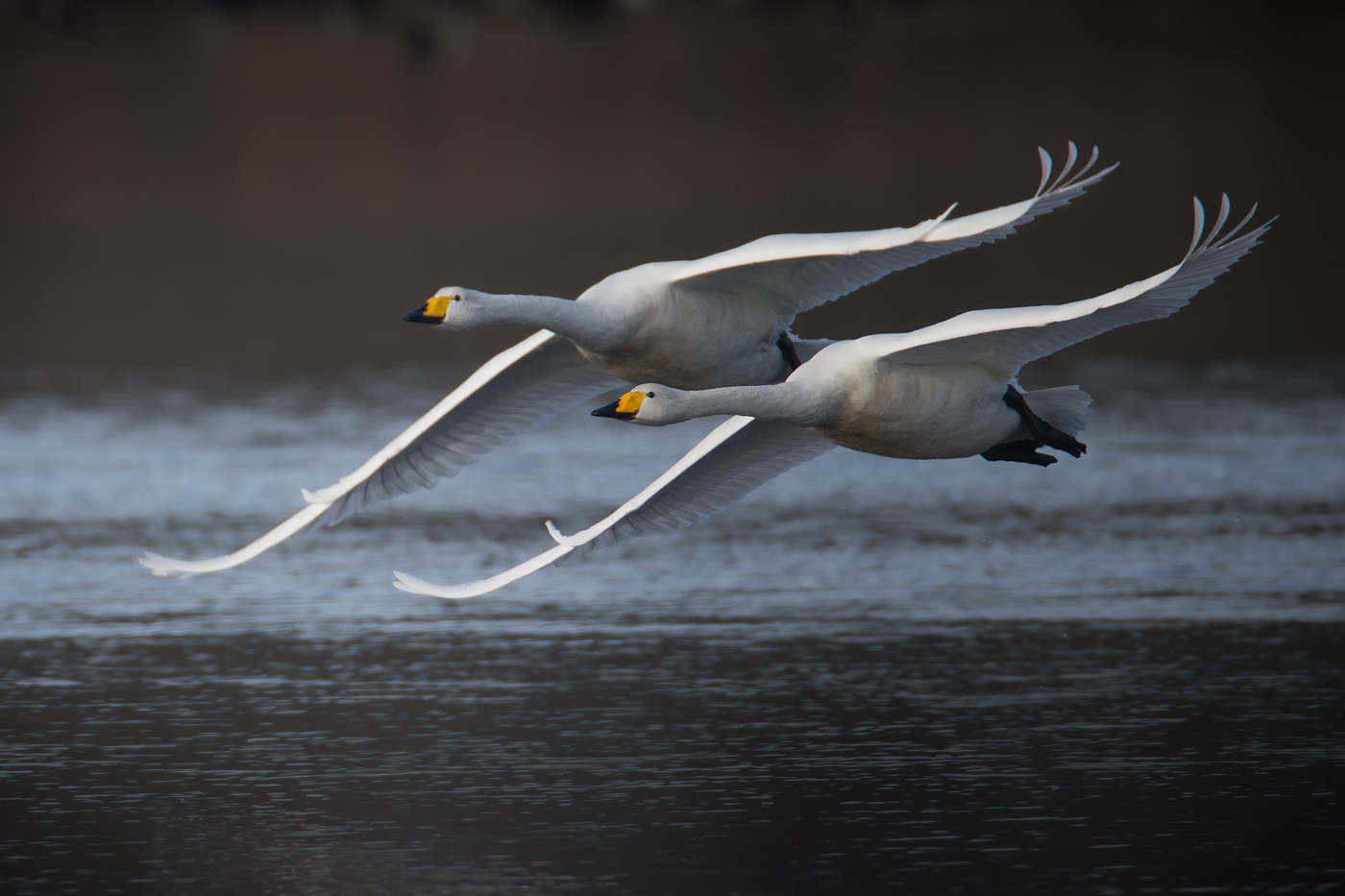 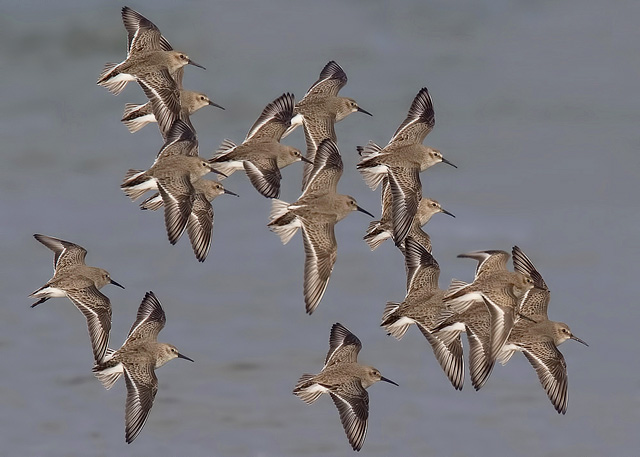 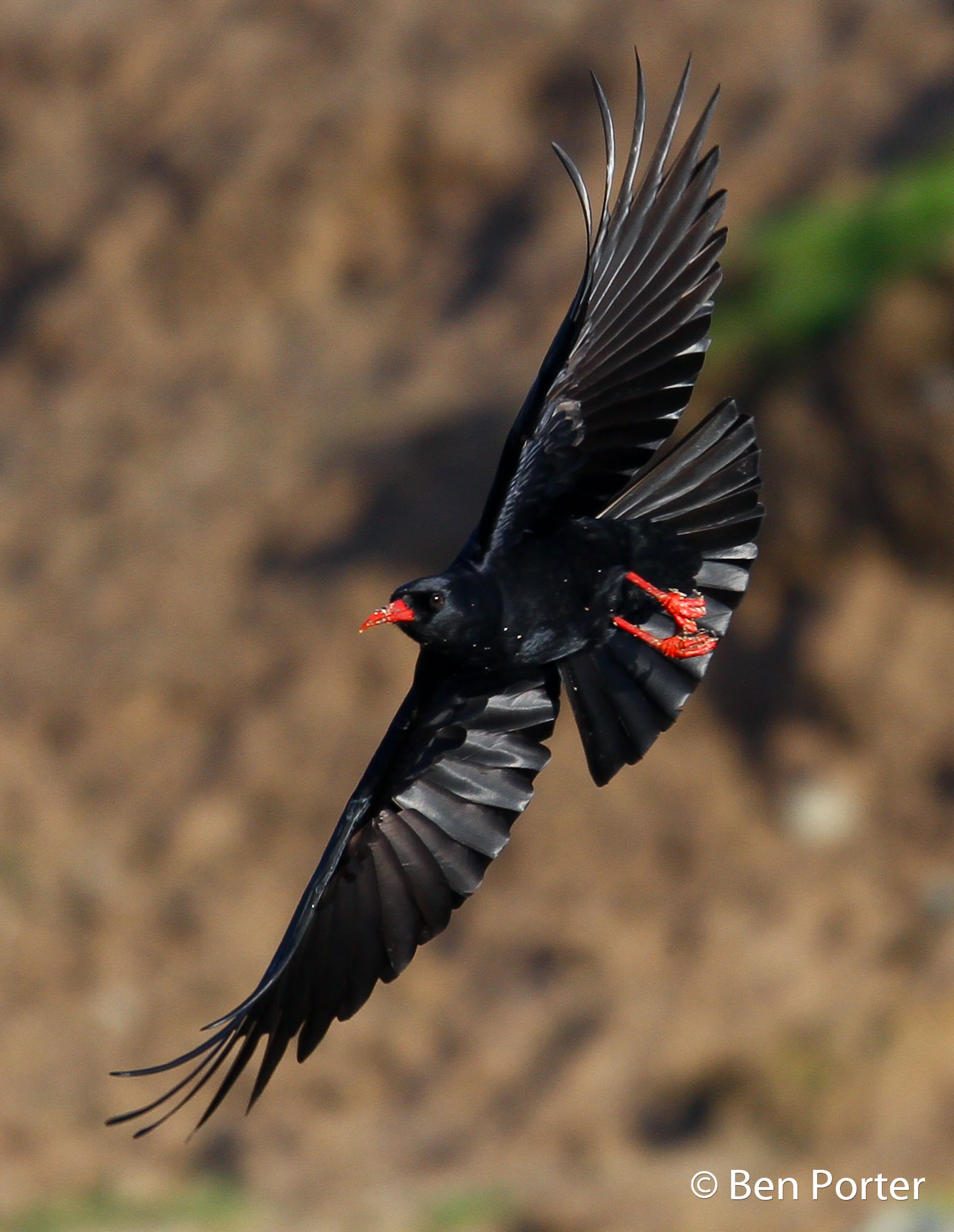 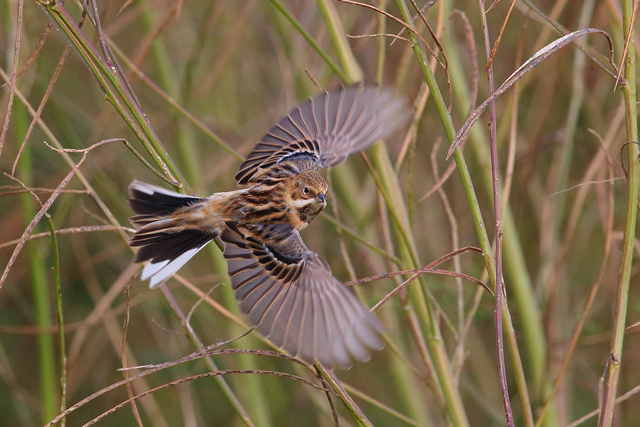 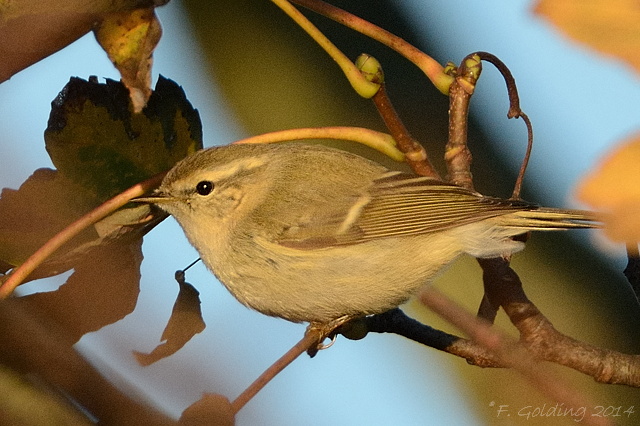 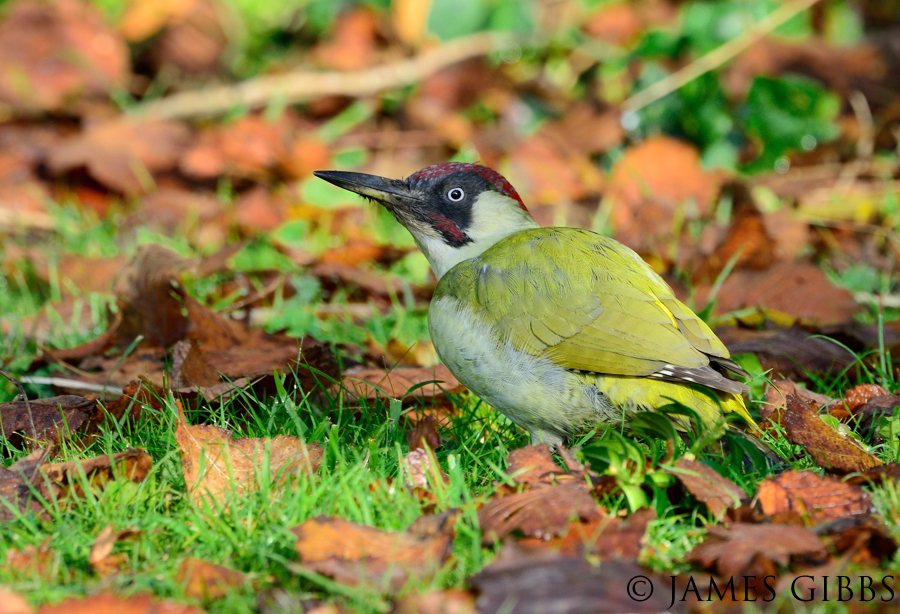 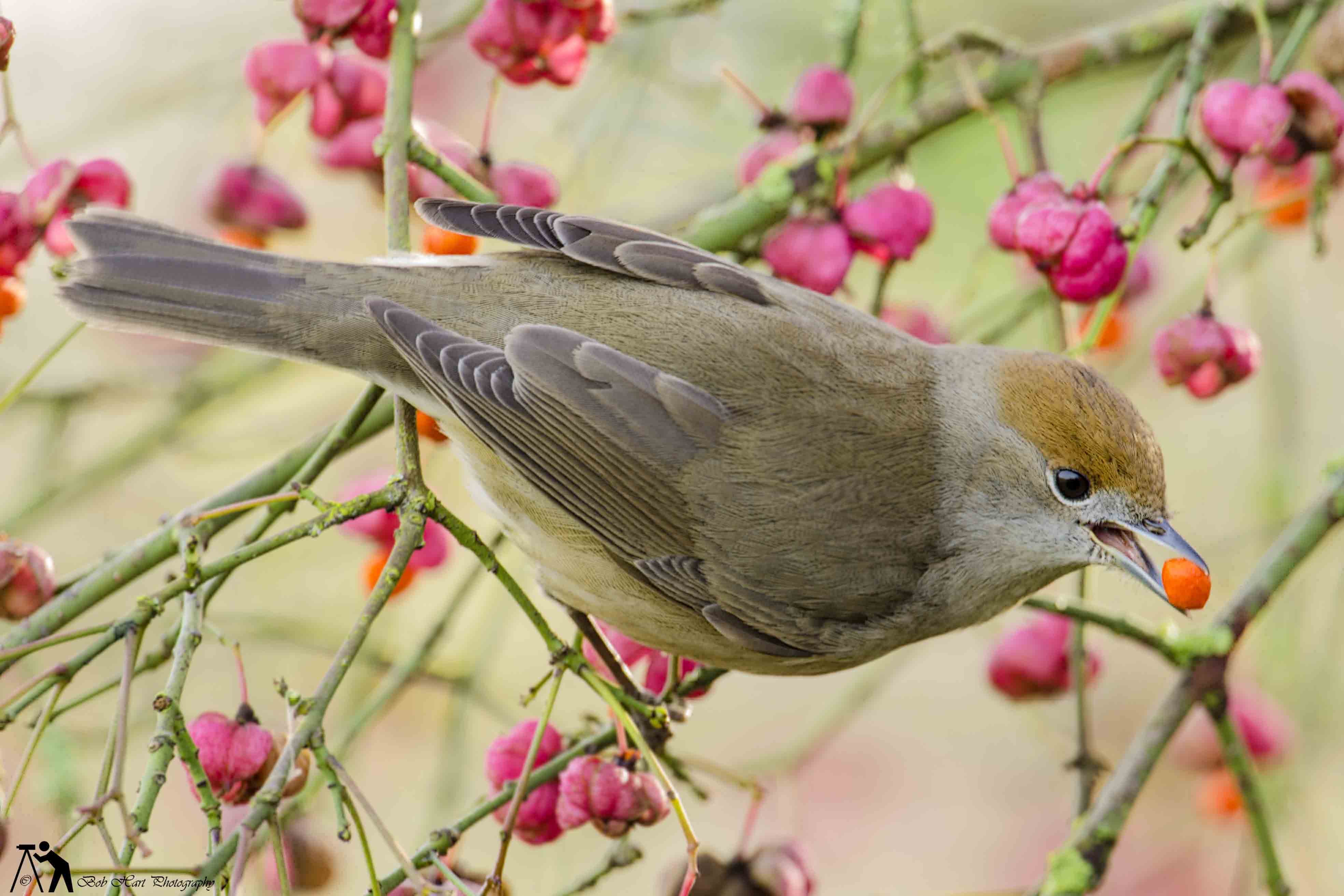 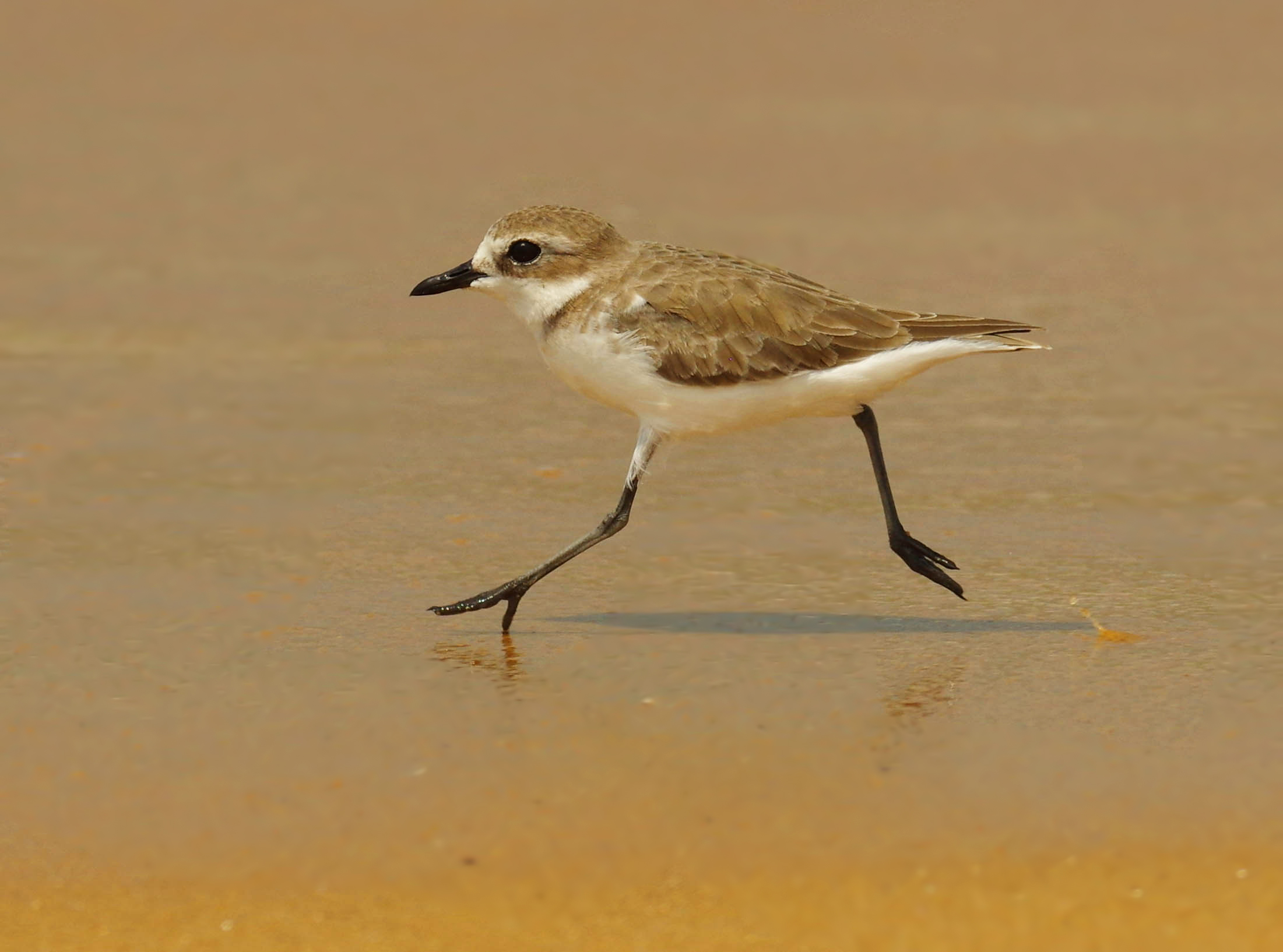