In a week where the wider Western Palearctic revealed more of its secrets, wildfowl and waterbirds dominated proceedings on home shores, with a desirable platter of Nearctic and Palearctic vagrants alike across Britain and Ireland.

An unprecedented three American Coots in Ireland was the week's undoubted rarity highlight. Two of these were in Co Kerry – at Lough Yganavan and Lough Gill respectively – with the third still at Tacumshin, Co Wexford. There are just four previous Irish records in total – in 1981, 2010, 2012 and 2014 – the species remains a quality find. Across Britain and Ireland combined, three have been recorded in the same calendar year in both 2004 and 2014, but this is the first time three have been present simultaneously and all in the same country, demonstrating just how significant this hat-trick is. With one of the trio only found this week (the Lough Gill bird, on 21st), are more out there to be found, perhaps? 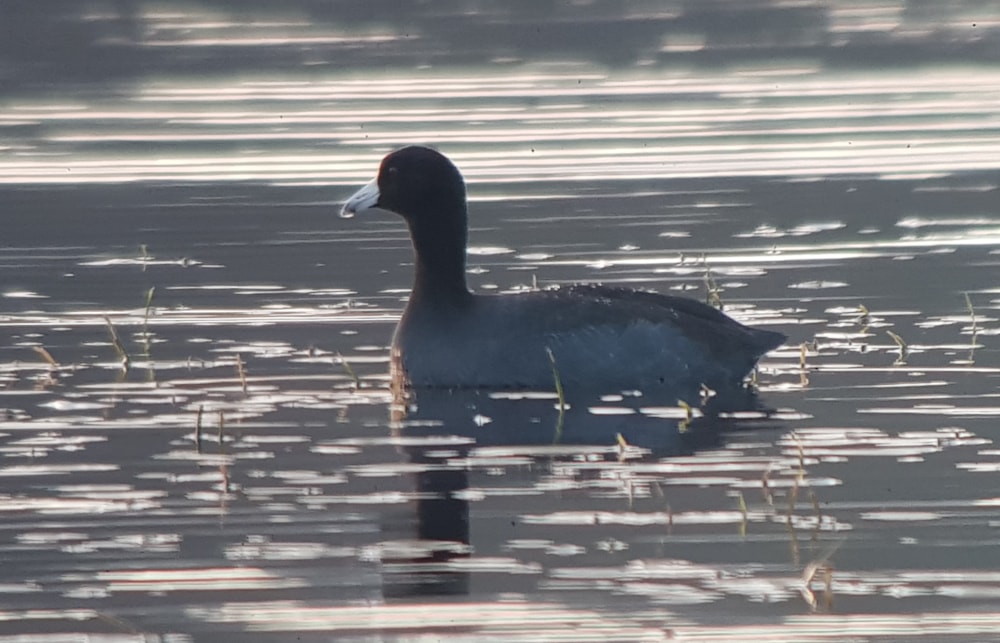 In Somerset, the drake Baikal Teal could take some finding among the hordes of Eurasian Teal at Greylake RSPB, particularly as hunting raptors made searching even trickier. Meanwhile, East Yorkshire's male finally settled down at Tophill Low NR from 20th. 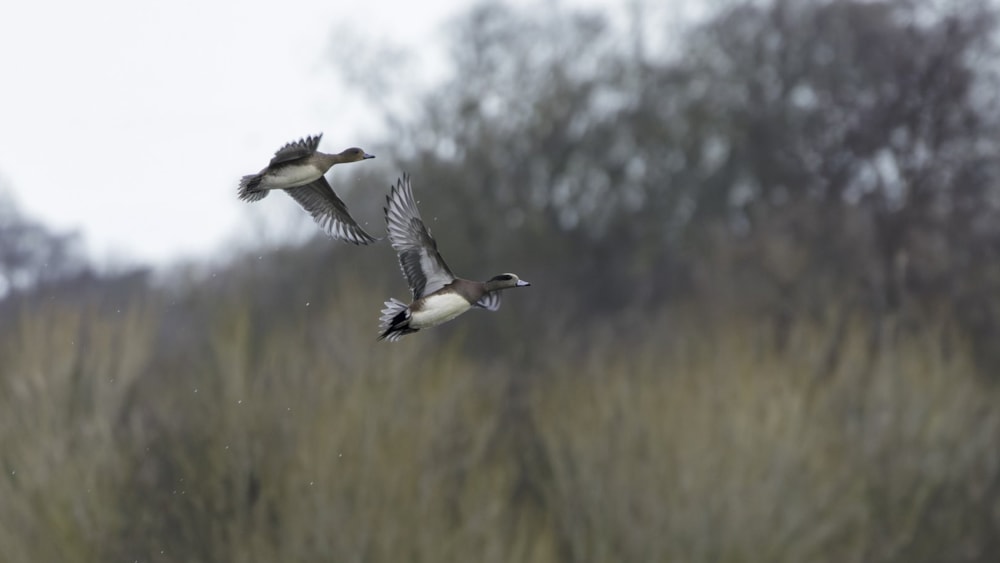 Lothian's White-winged Scoter continued to share the seas off Musselburgh, Lothian, with two Surf Scoter. Elsewhere, Brandon Bay, Co Kerry, was treated to three of the latter species, with pairs off Mornington, Co Meath, and Colwyn Bay, Conwy. Singletons, meanwhile, were off Barra, Outer Hebrides, Lossiemouth, Moray, Tresco, Scilly, and Pentewan, Cornwall, the latter a new arrival. Northumberland's Black Scoter was back off Ross Back Sands on 23rd, with a brief drake King Eider off Nairn, Moray & Nairn, the previous day. 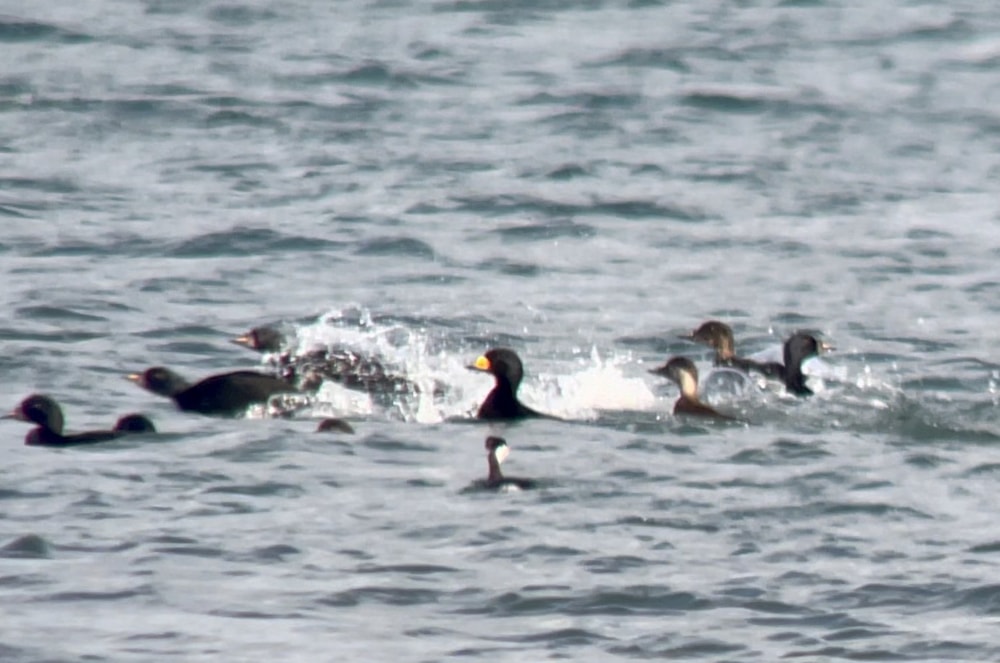 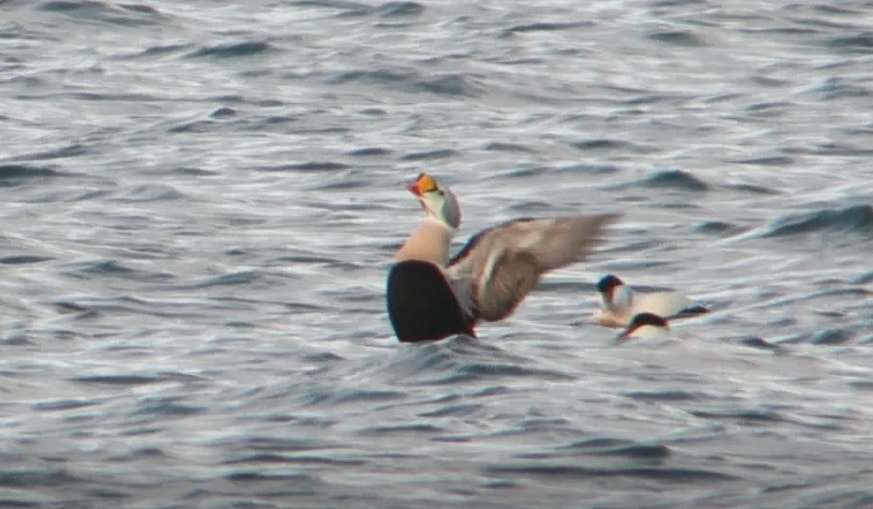 It was another healthy showing of Lesser Scaup, with seven birds split between six sites, including new drakes at Lough Ennell, Co Westmeath, and Lough Gara, Co Sligo. The drake Ferruginous Duck persisted at Thorpe Park, Surrey, too, while Ring-necked Duck remained numerous in all corners of Britain and Ireland – six were at Lough Gara, Co Sligo, alone, while a new female in Nottinghamshire means that county now hosts three. One of the Essex Red-breasted Geese made an appearance at South Woodham Ferrers, with Lincolnshire's example last reported at Butterwick Low on 19th. Elsewhere, a returning adult Grey-bellied Brant was with Pink-footed Geese at Tornagrain, Highland, from 23rd and at least nine Black Brant were noted, including two on Mersea Island, Essex, three in Kent, and one at Lurgan Green, Co Louth. 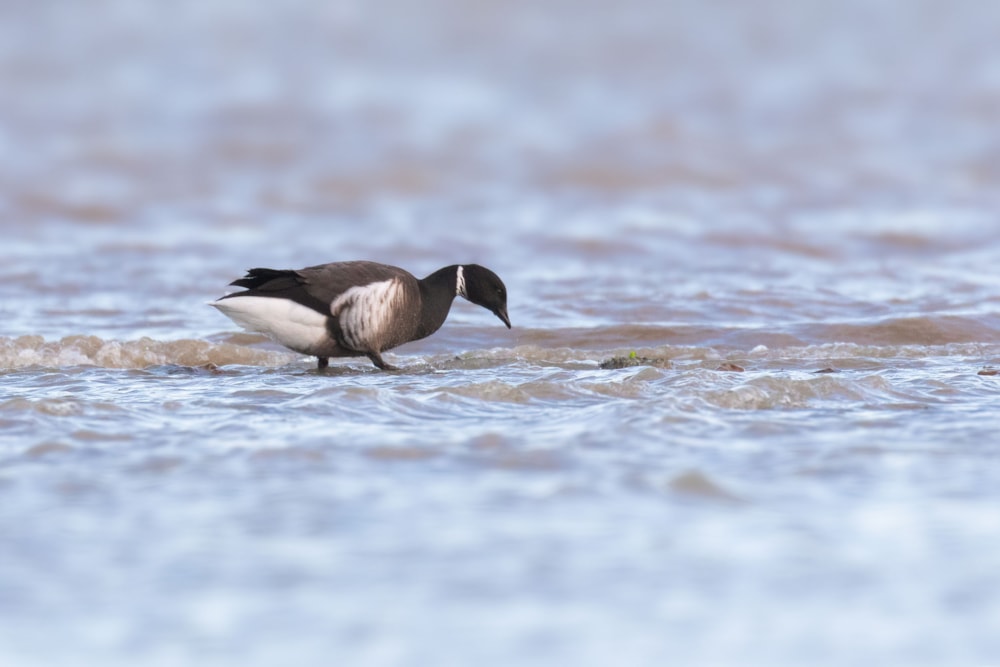 Slightly ahead of schedule, the regular White-billed Diver returned to South Wick, Papa Westray, Orkney, for its sixth winter (it typically arrives towards the end of February), with another still off Skaw, Unst, Shetland. A possible was reported off Stag Rocks, Northumberland, on 18th. In south-west England, the American Buff-bellied Pipit at East Prawle, Devon, and three Eurasian Penduline Tits at Weston-super-Mare, Somerset, all remained in place. Spread between eight sites on England's eastern flank, Shore Lark included seven at Leysdown-on-Sea, Kent, four at Burnham Overy, Norfolk, and two at Buckton, East Yorkshire. The latter were accompanied by an impressive tally of at least 40 Lapland Buntings. The flighty Greater Short-toed Lark was again at West Runton, Norfolk. A tail-less Richard's Pipit at Newnham provided Hampshire birders with a mid-January treat, while North Yorkshire's example was trapped and ringed during a routine session at Filey late on 23rd. A recent study found that the species is now routinely migrating to and wintering in Europe from its Asian breeding grounds – might this individual provide further supporting evidence by returning in the future? 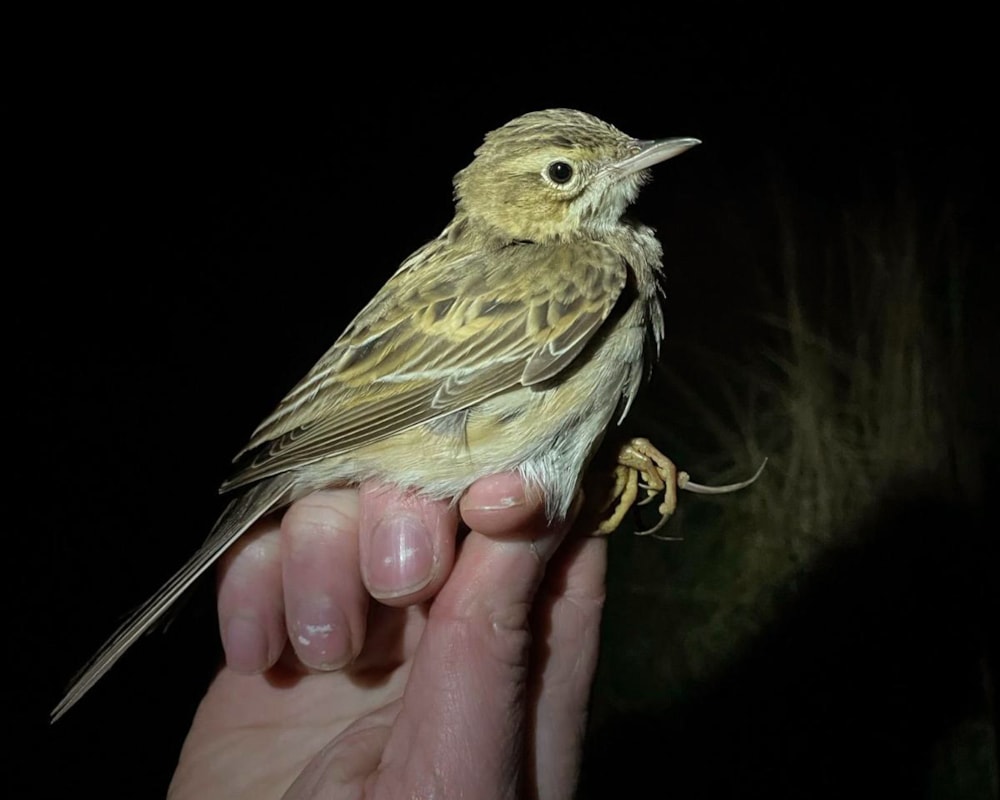 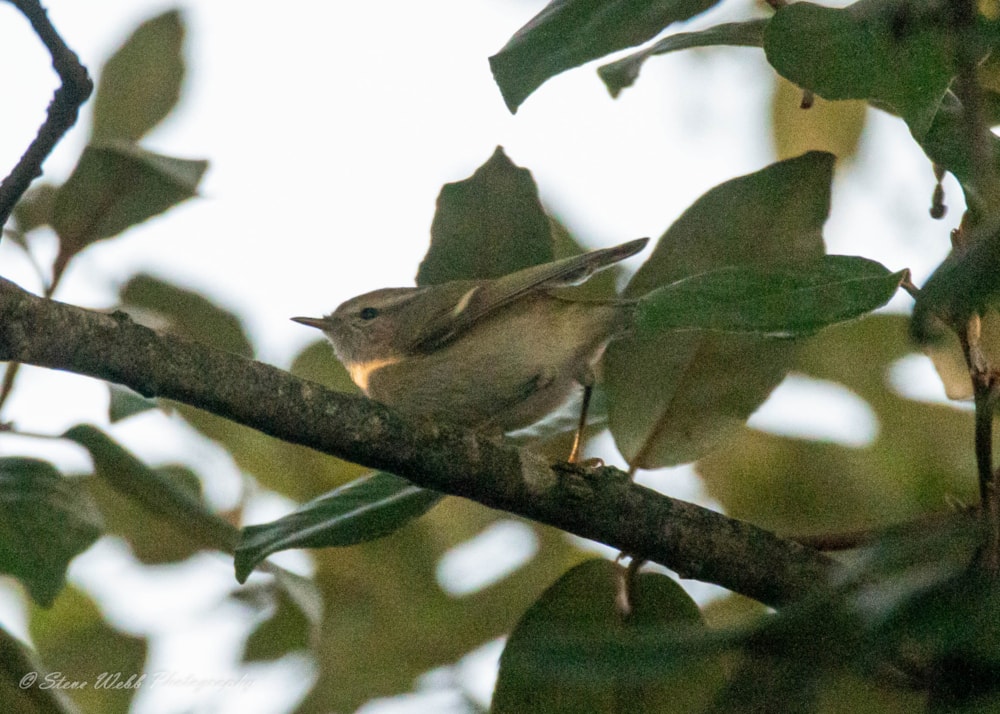 While it is arguably too late in the day for a true Waxwing winter, a group of 150 at Croy, Highland, on 18th – the largest flock of the winter thus far – nevertheless raised hopes in the hearts of birders across the nation. Elsewhere, however, a meagre showing of four mobile singletons across Scotland and north-east England represented the entirety of the week's sightings. Last week saw birds at 13 sites, including popular individuals in Norfolk and Cleveland. This week's Great Grey Shrike tally increased by one, with one again at Comberton, Cambridgeshire. Just the one Little Bunting was noted – at Bexley, London – and the Northern Harrier was again at Lough Boora Parklands, Co Offaly. 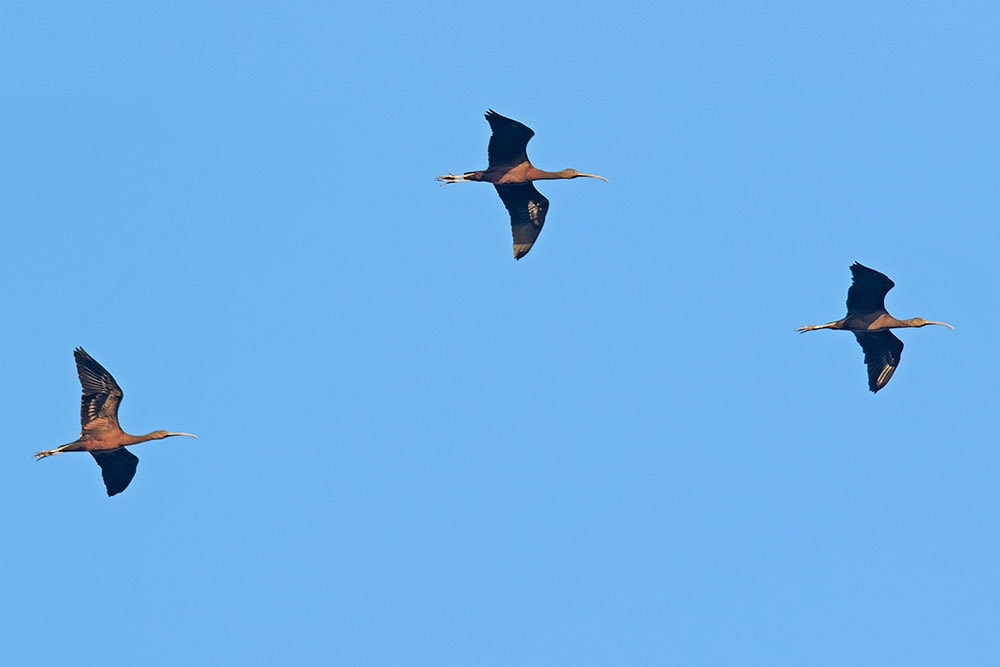 A colour-ringed Kentish Plover – first seen at nearby Berrow on 8 October – proved a popular figure at Burnham-on-Sea, Somerset, from 18th. With the ring combination conclusively recorded, subsequent investigation found that it was ringed in Germany on 14 June 2021. Interestingly, an unringed bird lingered in the same area last winter … In related news, the Semipalmated Plover made a reappearance at Crookhaven, Co Cork. The White-tailed Lapwing at Halton Marshes, Lincolnshire, and Wood Sandpiper at Pitsford Reservoir, Northamptonshire, both lingered; Lesser Yellowlegs were at Minsmere RSPB, Suffolk, and Rahasane Turlough, Co Galway. 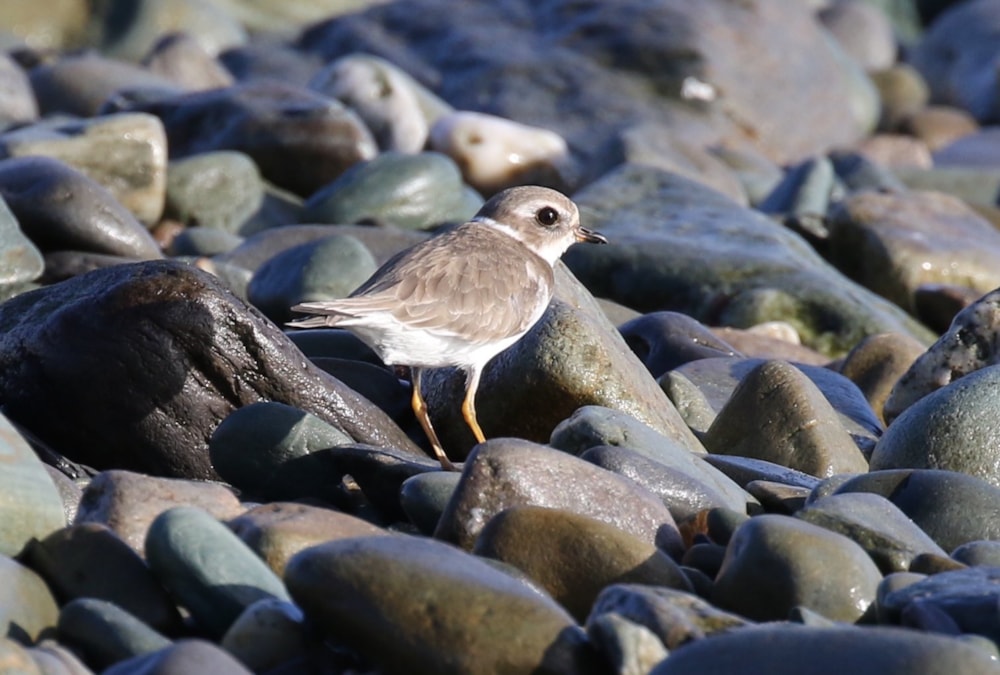 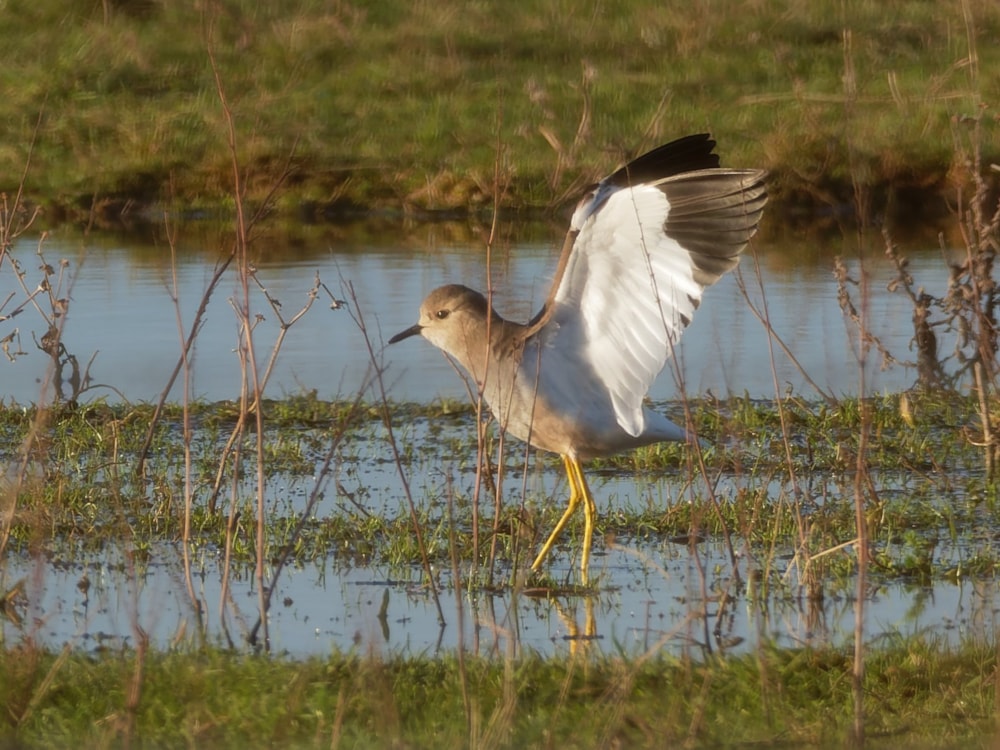 The rise and fall of Ring-billed Gull on this side of the Atlantic has been well documented in recent years (see here), making three new first-winters (one at Loch Stiapavat, Lewis, and two at Goleen Marsh, Co Cork) a significant event by recent standards. An additional eight birds – all adults – made for a grand total of 11, a far cry from the heady days of the 1980s and '90s. On the south side of Galway Bay, the Forster's Tern was at Aughinish Island, Co Clare, on 22nd. In Nottinghamshire, meanwhile, a possible Bonaparte's Gull was reported at Idle Valley NR on 19th. 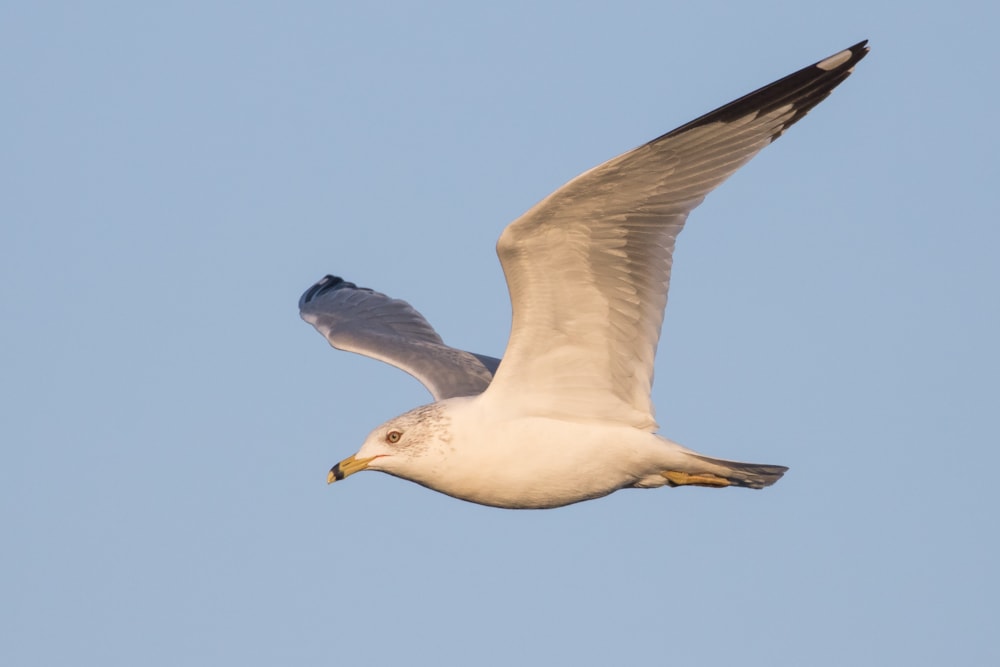 Winds stretching across the north-west Atlantic deposited three new Kumlien's Gulls into north-west Scotland – an adult at Portree, Skye, and juveniles at Borgh, Barra, and Scrabster, Caithness. Other white-winged gulls showed a simultaneous increase, with Glaucous Gulls at 20 new sites and Iceland Gulls at 29. At the southern extremity of the Western Palearctic, an expedition by Algerian birders yielded yet more goodies from this under-watched region. The pick of the bunch consisted of no fewer than three Village Indigobirds, including at least two males, at Tamanrasset on New Year's Eve. A nest parasite of Red-billed Firefinch, a widespread introduced species in southern Algeria, this is the first record for both Algeria and the Western Palearctic. A White-throated Bee-eater at nearby Amsel on Christmas Day was another Algerian first and just the region's fourth, although a Cut-throat Finch – yet another Algerian first – at In Guezzam on 28 December was unfortunately outside of the Western Palearctic boundary. 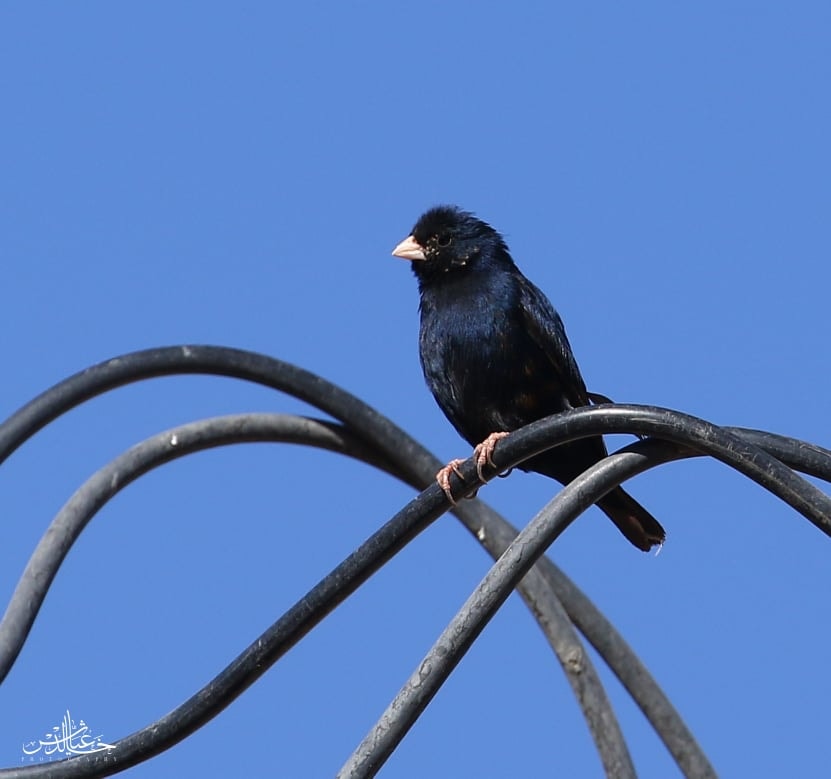 In mainland Portugal, a Brown Booby flew past Porto de Peniche on 23rd; Cape Verde's first-ever Lesser Whitethroat was on Sal on 16th.

Another impressive week on the Canaries included an adult Kelp Gull at La Oliva, Fuerteventura, on 18th and Pied Crow at Órzola, Lanzarote, on 20th. No fewer than three Allen's Gallinules were on Lanzarote – a moribund adult at Punta Mujeres on 9-11th, a new juvenile at Tías from 17th and a continuing youngster at Costa Teguise.

On the Spanish mainland, a House Bunting was at Fuengirola from 18th, a new Sociable Lapwing was at La Puebla del Rio and the adult American Herring Gull remained at Muxía.

In very belated news from Norway, the Western Palearctic's first Horned Puffin – an adult – has been identified from photographs taken off Hornøya, Norway, on 10 August 2009 (see here). More recent news concerned an adult Ross's Gull at Uthaug on 20th. 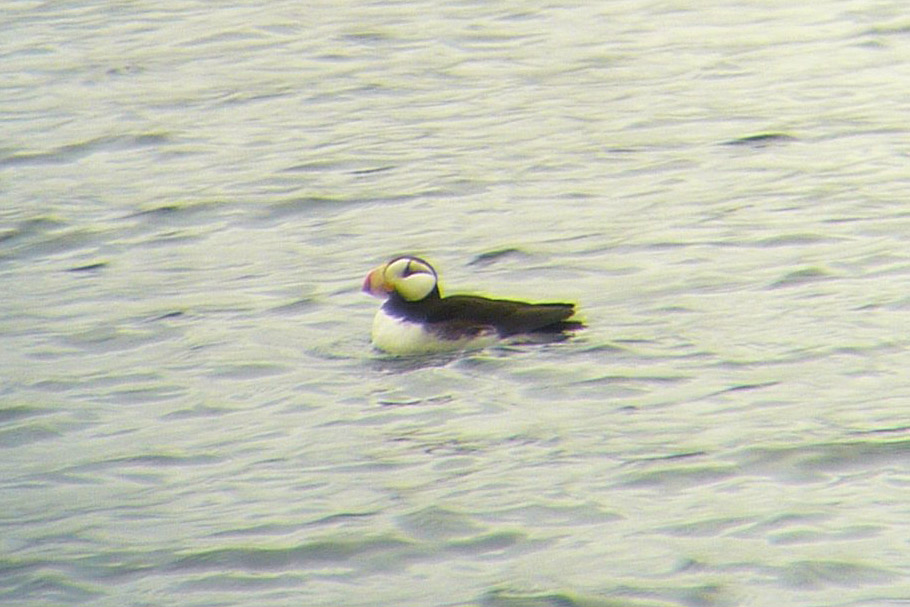 The White-winged Scoter at Keflavík, Iceland, and Black Scoter at Wladyslawowo, Poland, both continued, as did the Siberian Rubythroat at Vargön, Sweden.

Last noted at Schulen, Belgium, on 20th, the drake Falcated Duck is perhaps the one found at Vilsteren, The Netherlands, on 23rd. Elsewhere in The Netherlands, a presumed returning Baikal Teal was at Zevenhoven from 22nd, while the Western Swamphen and Pygmy Cormorant remained, too. The Greater Spotted Eagle was still at Goedereede until 17th at least, with the Ross's Gull persisting at Nieuwpoort, Belgium.

Turkey's first Cory's Shearwater was photographed from boat trip off Milleyha on 13th – the same trip as the country's first Sooty Shearwater. A male Black-throated Thrush at Kiskőrös on 23rd was just a second for Hungary.