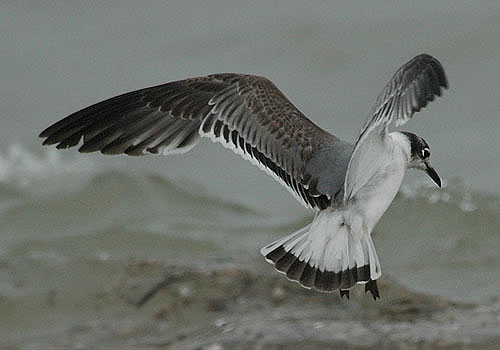 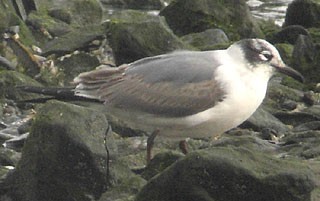 
Once again spring struggled to have much impact across most of the country, with a biting easterly airflow stifling movement of most early spring arrivals. The focus of the week was largely on gulls. A 1st-winter Bonaparte's Gull at Frome (Somerset) from 18th onwards was the second county record. In Ireland 1st-winter Franklin's Gulls were at Wicklow harbour (Co. Wicklow), Cruisetown (Co. Louth) and in Co. Cork. Five Laughing Gulls included a 1st-winter in Cork City (Co. Cork), and long-staying adults in Reading (Berkshire), Barnstaple and Brixham (Devon), and Glaslyn Marshes (Gwynedd). Of the scarcer gulls, there were 16 Ring-billed Gulls, just under 20 Caspian Gulls, nearly 40 Iceland Gulls and Glaucous Gulls remained in the mid-teens. The adult Kumlien's Gull was again seen at Chew Valley (Somerset) and Cotswold Water Park (Glos/Wilts), and the 3rd-winter American Herring Gull remained at Nimmo's Pier (Co. Galway), with the possible 2nd-winter at Sennen Cove (Cornwall). The Forster's Tern remained at Nimmo's Pier and another was at Dungarvan (Co. Waterford). 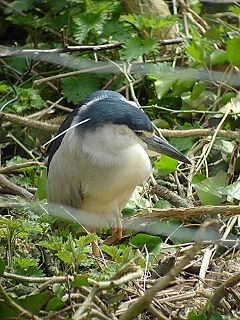 
The remnants of last week's Night Heron influx continued to provide entertainment for birders in the southwest. Around half-a-dozen birds were reported from the Isles of Scilly, others were at Plymstock (Devon) on 16th, Seaton Marshes (Devon) from 19th, Porthgwarra (Cornwall) to 17th (when it was picked up dead) and another was in Pembrokeshire at Dreenhill. The Great White Egret continued to show well at Skinburness (Cumbria) and a possible was reported again at Newport Wetlands (Gwent) on 16th. Up to eight Cattle Egrets were still at Piddinghoe (E. Sussex), four at St. Peter (Jersey), three at Pagham Harbour (W. Sussex) and one at Worton (Wilts). White Storks were seen in the southeast and Hampshire and Devon, a Common Crane passed through Sammy's Point (E. Yorks) and was seen later in coastal Norfolk, whilst two more were at Horse Eye Level (E. Sussex) and two over Sandwell Valley (W. Midlands). A handful of Spoonbills were restricted to the south coast with the exception of one in Co. Kerry. The Sora was last reported from Gibraltar Point (Lincs) on 18th, and the Great Bustard remained at Bleadon Level (Somerset) as did the Long-billed Dowitcher on the Hayle Estuary (Cornwall). A Kentish Plover at Cotswold WP (Wilts) on 20th was early, and a Grey Phalarope was at Glenarm (Co. Antrim). 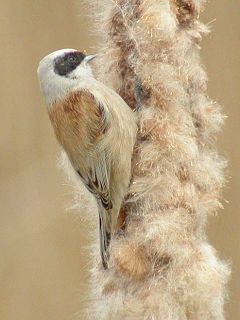 
Passerine interest was limited. Up to three Penduline Tits were at Rainham Marshes (London), though note that the reserve is now closed, and another was again at Stodmarsh (Kent). The Northern Long-tailed Tit was still in Easington (E. Yorks), though both the Serin at Joss Bay (Kent) and Arctic Redpoll at Aberlady Bay (Lothian) were last reported on 18th. A belated report of a possible Spanish Sparrow in Coventry (Warks) on 15th could not be confirmed. Lingering winter visitors no doubt felt at home in the cold conditions. Waxwing flocks remain at many locations, peak numbers comprising 60 in Sheffield (S. Yorks) and Finglass (Co. Dublin), though double-figure flocks could still be found at many localities. Ten Great Grey Shrikes were well spread between Hampshire and Clyde, three single Lapland Buntings were seen on the east coast between Cleveland and Norfolk and Shore Larks comprised the 6 birds at Holkham Gap (Norfolk) and the singleton at Minsmere (Suffolk). 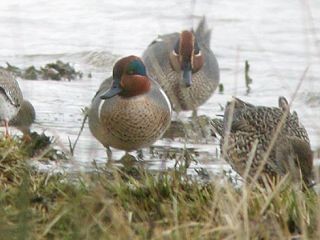 
The apparent Redhead remains on Tiree (Argyll), as does the Black Scoter off Llanfairfechan (Conwy) and female Black Duck on Tresco (Scilly). A Northern Eider of the race borealis was seen on Lewis (Outer Hebrides). Two long-staying Lesser Scaup were seen at College Reservoir (Cornwall) and Milton Loch (Dumfries and Galloway), the Ferruginous Duck remains at New Hythe GPs (Kent) and the sole Surf Scoter was off Lower Largo (Fife). A good total of 14 Ring-necked Ducks were reported, nine Green-winged Teal and three American Wigeon. Two Lesser White-fronted Geese of unknown origin were at Conwy RSPB (Conwy), a dozen Black Brants were reported between Lincolnshire and Hampshire and Lesser Canada Goose, Todd's Canada Goose and Richardson's Canada Goose were all seen on Islay (Argyll). Rough-legged Buzzards were noted from Haltham (Lincs) and Haddiscoe Marshes (Norfolk). 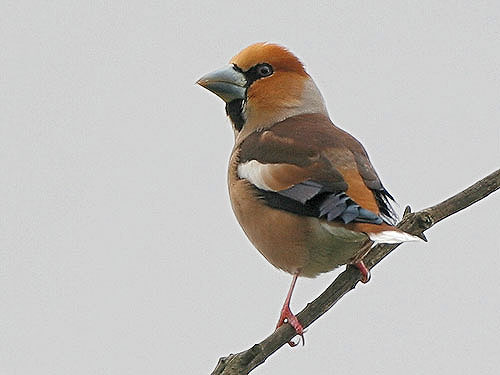