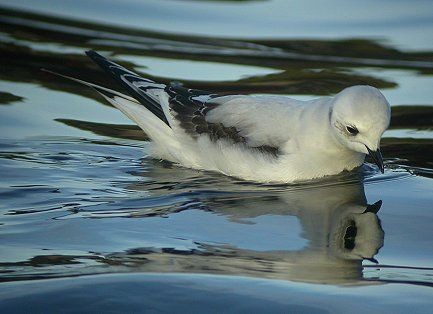 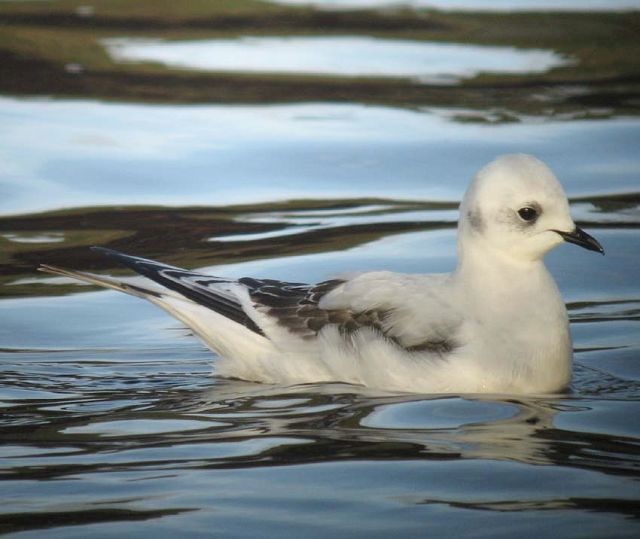 When it comes to winter birding, two particular species of gull are highly prized rarities by birders. The enigmatic Ross's Gull is always keenly sought, so a 1st-winter at Ormsary (Argyll) from the 14th onwards was a nice find. A large majority of Ross's Gulls have been adults, so, for many, a 1st-winter bird was a 'plumage tick'. Last week's Ivory Gull in Ayrshire remained at Greenan to 14th and was then relocated inland to the east of Ayr on the 15th. It was last seen on the Friday evening, much to the disappointment of weekend travellers. 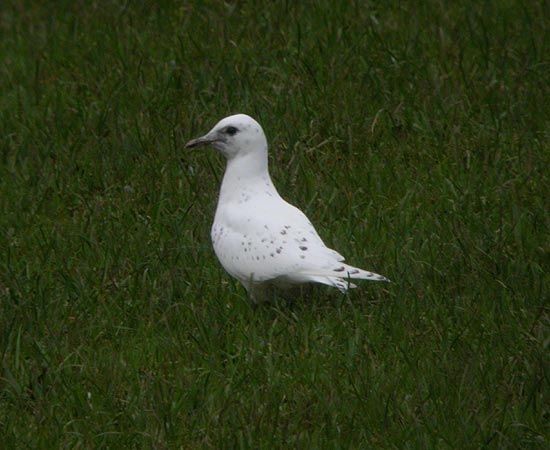 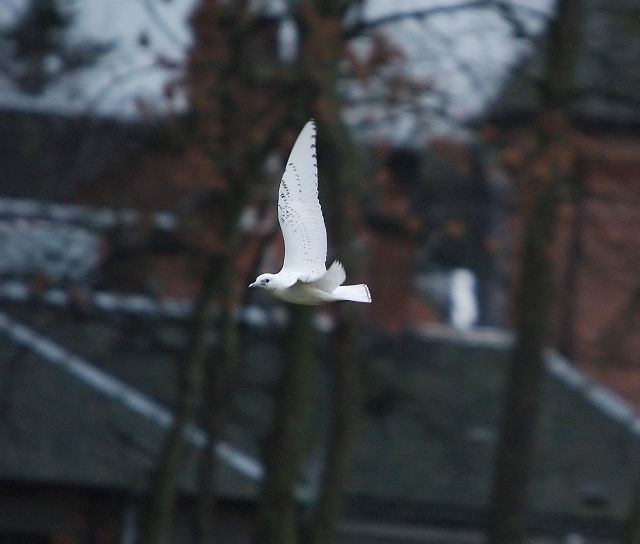 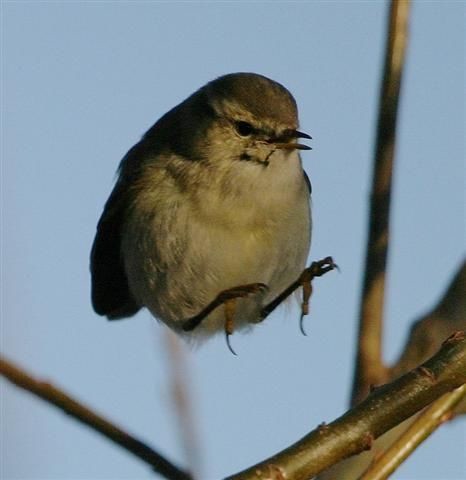 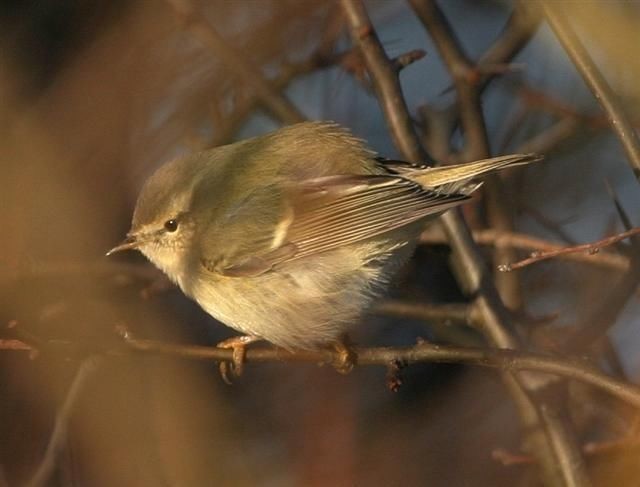 Two Northern Long-tailed Tits were reported from Tenterden (Kent) on the 18th — this form seems to be reported with increasing regularity nowadays. A Pallas's Warbler at Soldiers' Point (Anglesey) from 17th–18th was a scarce Welsh record, whilst the Hume's Leaf Warbler continued at Donmouth (Aberdeenshire). Six Yellow-browed Warblers were typically all in the south and southwest and three Siberian Chiffchaffs were reported. Four Great Grey Shrikes included two in the New Forest (Hampshire) and others in Norfolk and Clyde. In Norfolk there were flocks of Shore Lark at Holkham Gap (17), Caister-on-Sea (seven) and Snettisham (four) and Lapland Buntings were into the teens, all in Lincolnshire except for five in Aberdeenshire. Waxwings were almost entirely restricted to the east of Scotland, with 60 in Aberdeenshire, 12 in Angus and Dundee and five in Moray and Nairn, with the English contribution amounting to singletons in Northumberland and Norfolk.

On the 16th a 1st-winter Laughing Gull was at both Llanddulas and then Pensarn (Conwy) and four Bonaparte's Gulls included birds still at St. Mary's (Scilly) and Ferryden (Angus and Dundee) with others seen on the 18th at the Walmsley Sanctuary (Cornwall) and Blennerville (Co. Kerry). A trio of Kumlien's Gulls included 3rd-winter birds at Culmore Dump (Londonderry) and Scalloway (Shetland) plus another showing characteristics of Kumlien's at Lerwick (Shetland). Around 45 Iceland Gulls were reported, along with 20 Glaucous Gulls and over 20 Caspian Gulls, plus 14 Ring-billed Gulls. In contrast to recent weeks the only Leach's Storm-petrel was off Heysham (Lancs) on 14th and a handful of Balearic Shearwaters included one in Suffolk and a lingering bird off the north Norfolk coastline. In Co. Dublin the out-of-season Roseate Tern remained in the early part of the week. 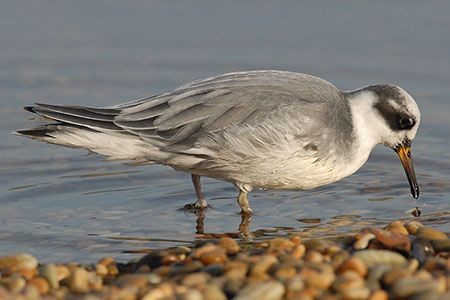 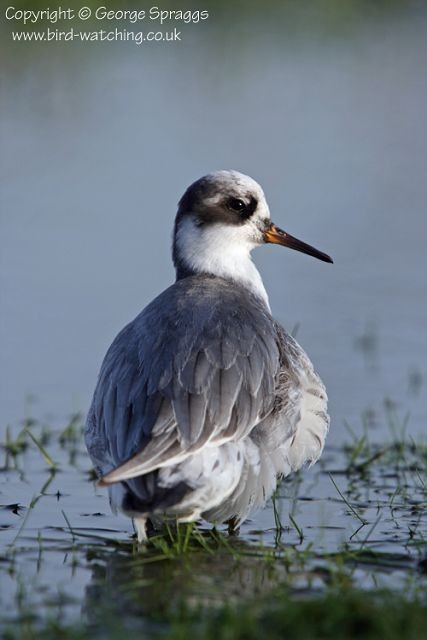 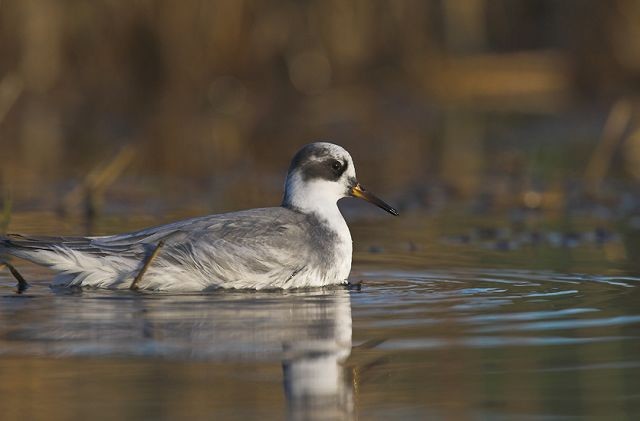 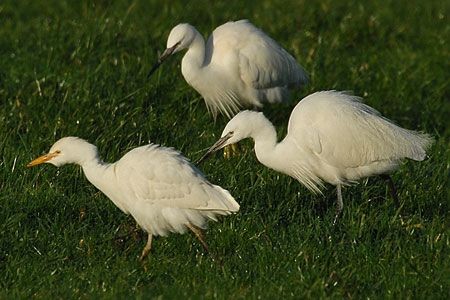 A White-billed Diver was tracked passing south off St. Mary's Island (Northumbs), Lizard Point (Durham) and Hartlepool (Cleveland) on 17th. Long-billed Dowitchers remained at the Oare Marshes (Kent) and again on the Alaw Estuary (Anglesey) with another at Ballycotton (Co. Cork) on 19th. Also at Ballycotton was a White-rumped Sandpiper on 19th and one was again at Salthouse (Norfolk) from 15th–17th. The wintering Spotted Sandpiper remained on the Hayle Estuary and a handful of Grey Phalaropes included an obliging individual at West Bexington (Dorset). A probable Gyrfalcon flew over Baltasound, Unst (Shetland) on 18th and the Black-eared Kite was at Snettisham to 17th and then at an undisclosed site on the Broads the same day. A Rough-legged Buzzard was reported from Cropton (N. Yorkshire) on 17th. The Great Bustard from Salisbury Plain remained at Butt Moor (Somerset) and the Glossy Ibis was at Fluke Hall (Lancs) to the 15th. The Cattle Egret remained at the Otter Estuary (NR (Devon) to at least the 17th and a possible passed over Norwich (Norfolk) on 19th. The Great White Egret was at Blashford Lakes (Hants) to at least the 17th and another at Salford Priors (Warks) on 17th, with the only Spoonbills reported from Forth and Gwynedd. Inland well over 20 Great Northern Divers were still on offer, including five still at Rutland Water (Leics). 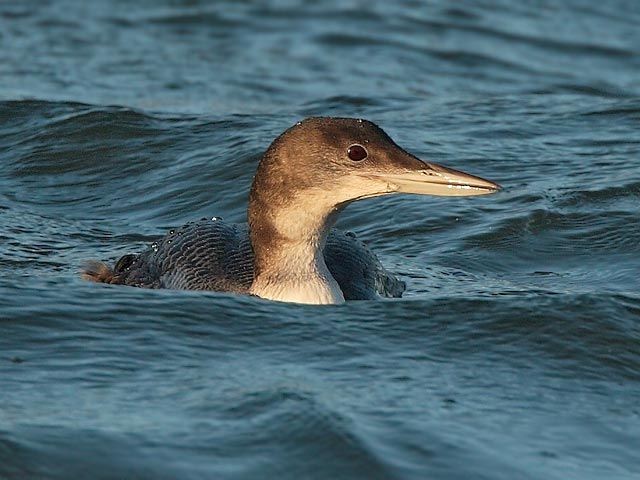 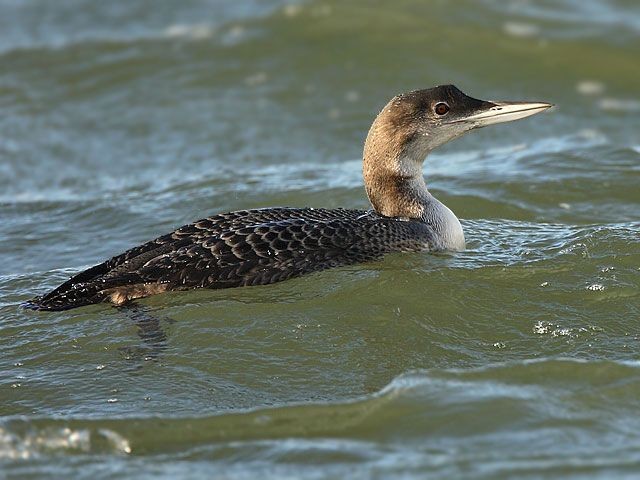 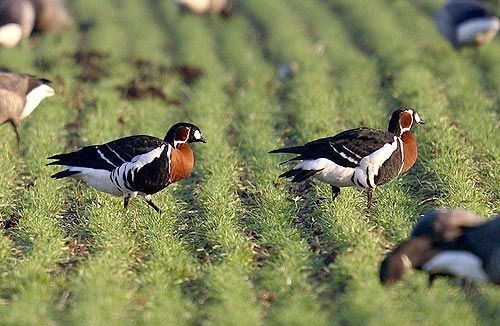 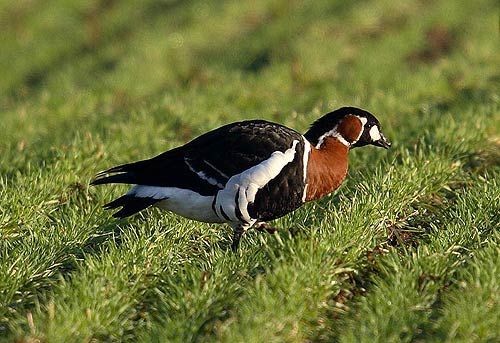 A wide selection of rare wildfowl was on offer, the pick of which was a possible 1st-winter drake Redhead reported from Lough Owel (Co. Westmeath) on the 16th. The drake Bufflehead was again present on Unst (Shetland), a Black Duck was at Carmore Lake (Co. Mayo) on 14th and the Barrow's Goldeneye still at Callander (Forth) throughout. The Black Scoter remained off Llanfairfechan (Conwy) and half-a-dozen Surf Scoters included birds off Beer (Devon) and Langstone Harbour (Hampshire). The Falcated Duck remained at Exminster Marshes (Devon) and another drake, of unknown origin, was at Higham Marshes (Kent) from 17th onwards. The Marbled Duck remained at Holland Haven (Essex) to the 17th and seven American Wigeon included three in Co. Mayo. Four Lesser Scaup included birds on North Uist (Outer Hebrides) at Loch Sandary and Loch Hosta; the female remained at Caerlaverock (Dumfries and Galloway), as did the bird at Knock Lake (Co. Dublin). Fourteen Ring-necked Ducks was a good showing as was a dozen Green-winged Teals. The female Ferruginous Duck remained at New Hythe GPs (Kent) and the drake returned to Craigavon (Co. Armagh). Red-breasted Geese remained in Lincolnshire and Dorset, as did Snow Geese in Norfolk and Orkney, plus another white-morph bird at Portsoy (Aberdeenshire). Several Black Brant included one at North Slob (Co. Wexford). 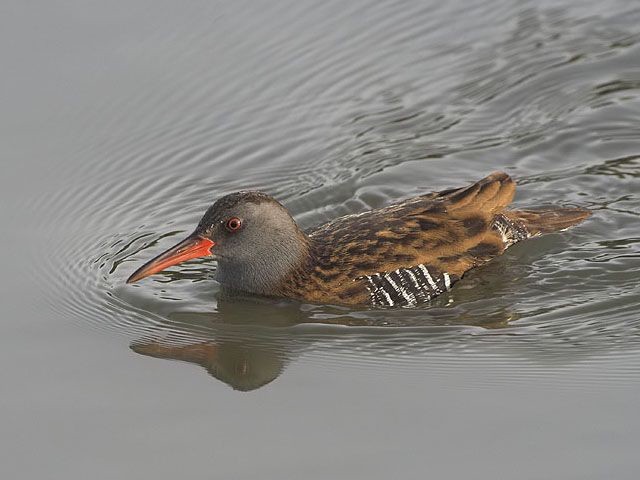 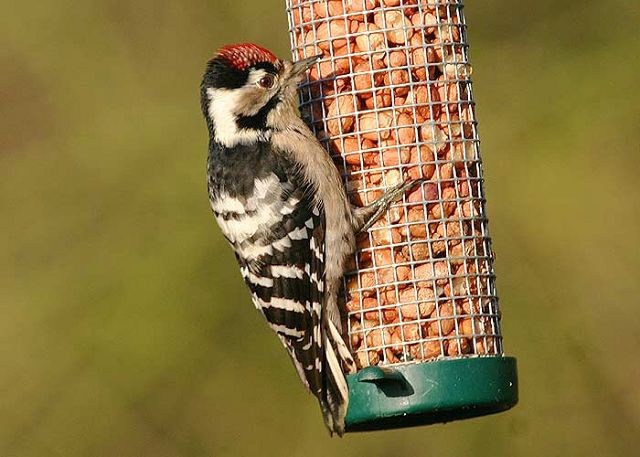 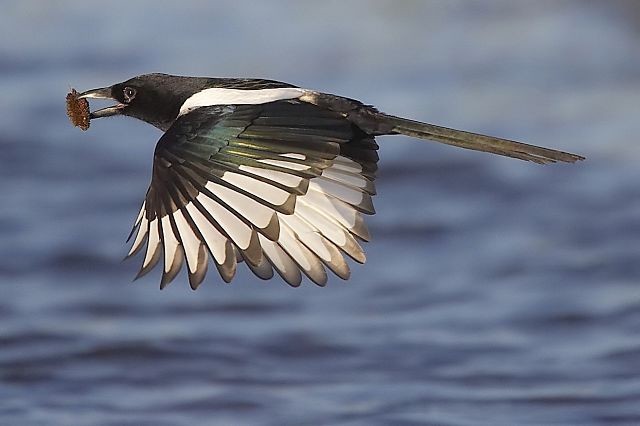 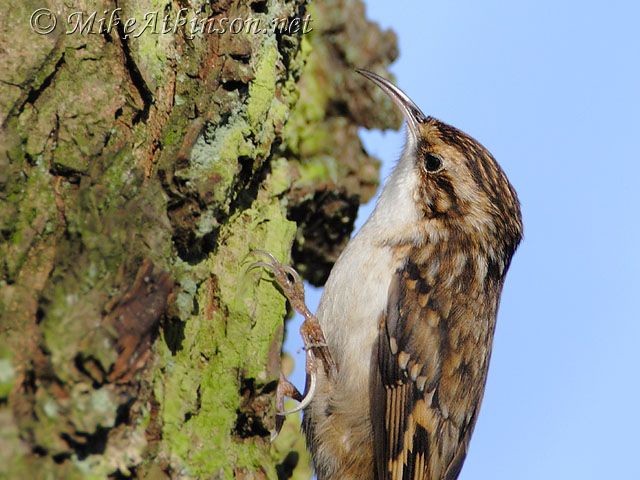