Despite the return of bitter conditions to many parts of the country over the weekend, with widespread snowfall as far south-west as Devon and Cornwall, the urge to migrate remained strong as summer visitors continued to arrive back on our shores.

Amid the blizzards came good numbers of Northern Wheatears and Little Ringed Plovers, although the insectivorous Sand Martins and Swallows did stall somewhat. The first Ring Ouzels appeared in Cornwall, Glamorgan and Nottinghamshire on 16th, with one as far north as Cumbria on 19th. The first Willow Warbler sang at Sculthorpe Moor, Norfolk, on 14th, and a House Martin was at Wallasey, Cheshire, on 17th.

One scarcity you can bank on to show itself during a raw easterly in mid-March is White-spotted Bluethroat, a glorious sign of the coming season amid the cold, grey days of early spring. One at Dungeness, Kent, on 18th quickly became two later that day, with an amazing four reported there on 19th. 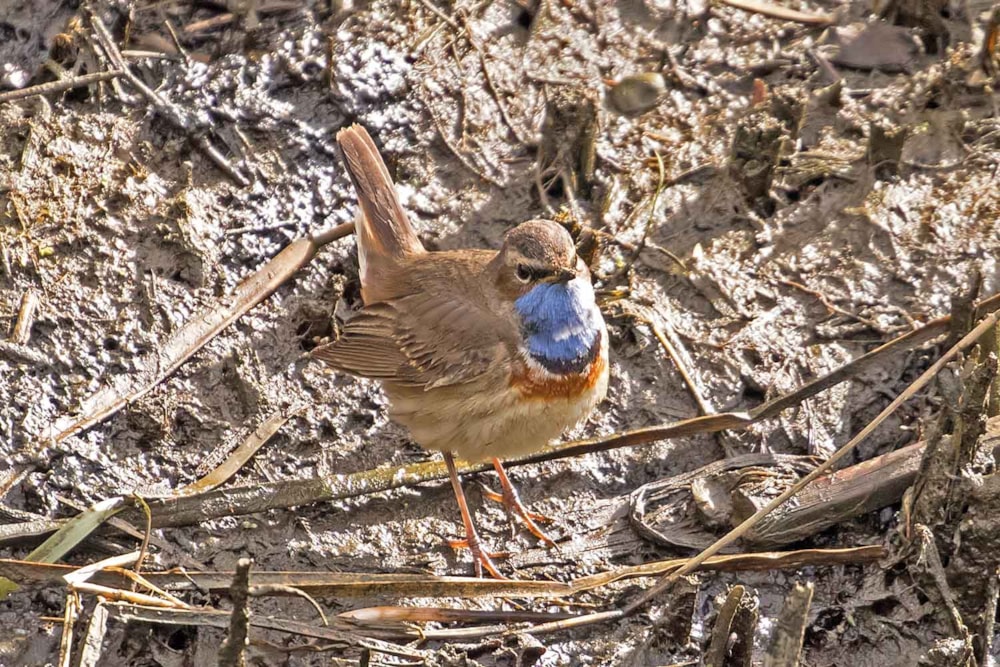 A fine male also graced Landguard, Suffolk, on 19th, when it was trapped and ringed, only to be replaced by an unringed bird on 20th, with a third nearby at Trimley Marshes on 18th and 20th. There must be many more out there, waiting to be found, lurking in reedy ditches or among coastal scrub. These arrivals were associated with a large influx of Black Redstarts to south-east and eastern areas. 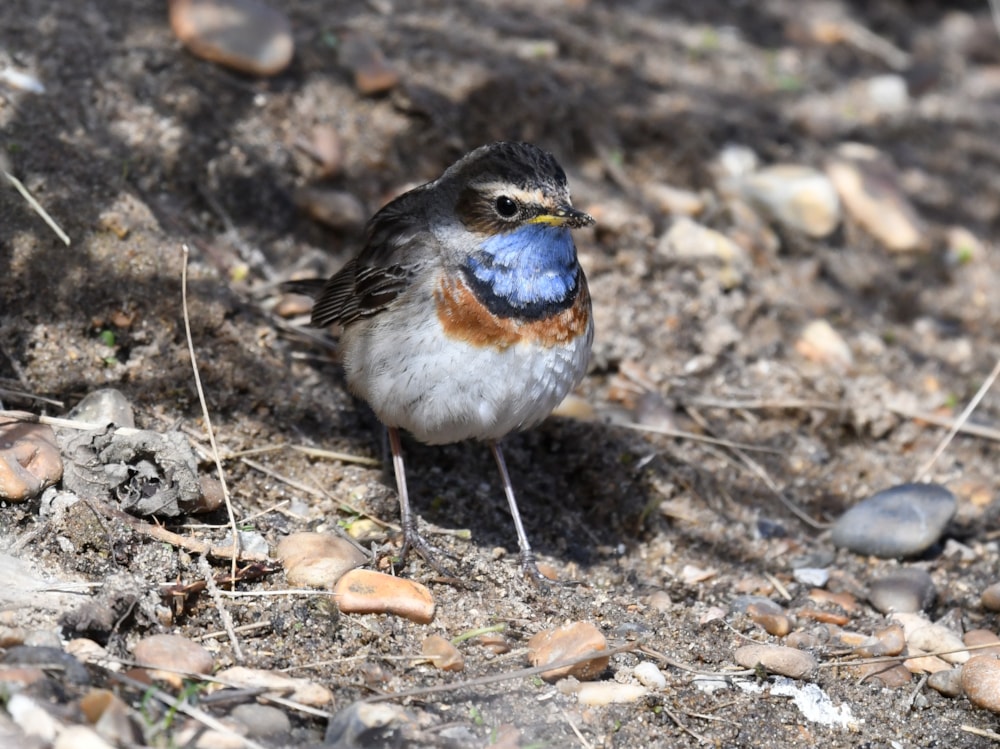 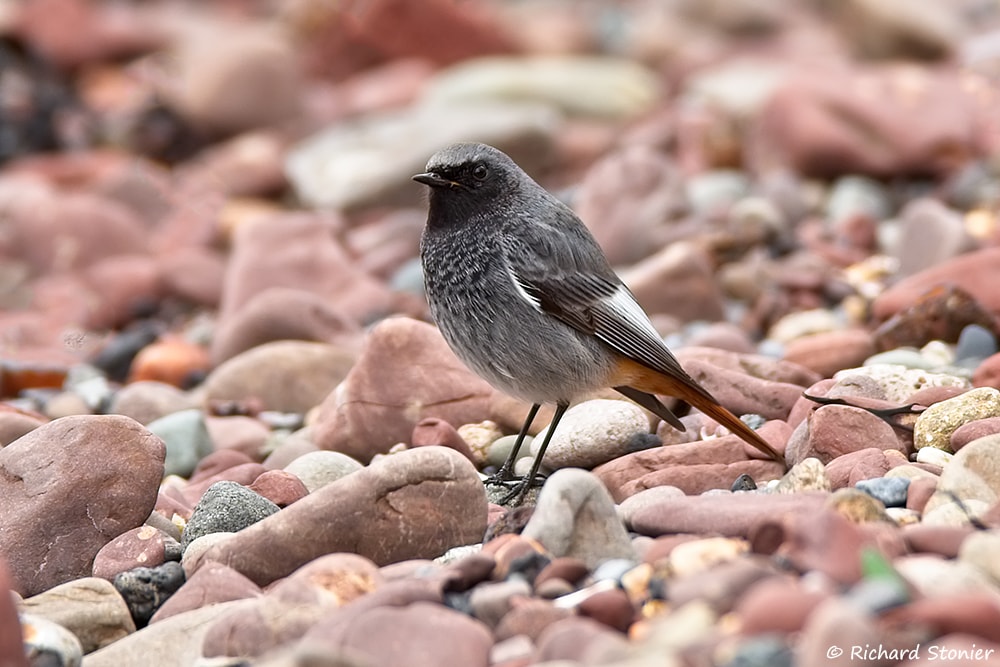 Further exciting overshoots were few and far between, but the first couple of Hoopoes of 2018 did make it to Cornwall, one of which – at Sparnon – performed delightfully well in the snow following its first report on 18th. The adult Pacific Diver remained at Crookhaven, Co Cork, on 17th, but couldn't be found the following day, while one of the Cornish birds was still at Gerrans Bay on 16th. The Pied-billed Grebe also lingered at Loch of Spiggie, Shetland. Late news concerned a White-billed Diver off North Ronaldsay, Orkney, on 13th.

After writing it off as gone last week, the Black Scoter was back off Rossbeigh, Co Kerry, on 20th, along with a Surf Scoter there. Four more Surf Scoters were off Balbriggan, Co Dublin, on 19th, with three still off Porthpean, Cornwall, two off Rosslare, Co Wexford, and singles off the coasts of Conwy and Co Clare. A new female King Eider was also in Co Clare, off Flaggy Shore all week, with the Co Cork bird continuing off Dunmanus on 18th.

The possible Cackling Goose lingered at Baleshare, North Uist, while two white-morph Snow Geese were again near St Combs, Aberdeenshire, on 13th; a blue morph was at Fochabers, Moray, on 20th and another white morph was at Dounby, Orkney, on 20th. At least a couple of Black Brants were in Essex, with single birds still in Cumbria and on Jersey.

Just the five drake American Wigeon were seen across Britain, with a female reported from Shapwick Heath, Somerset, on 17th. Seven Green-winged Teal were seen between Cornwall and Orkney, all lingering birds from the winter. It was nice to hear that Britain's longest-serving rarity, the drake American Black Duck at Strontian, Highland, has also been seen recently. 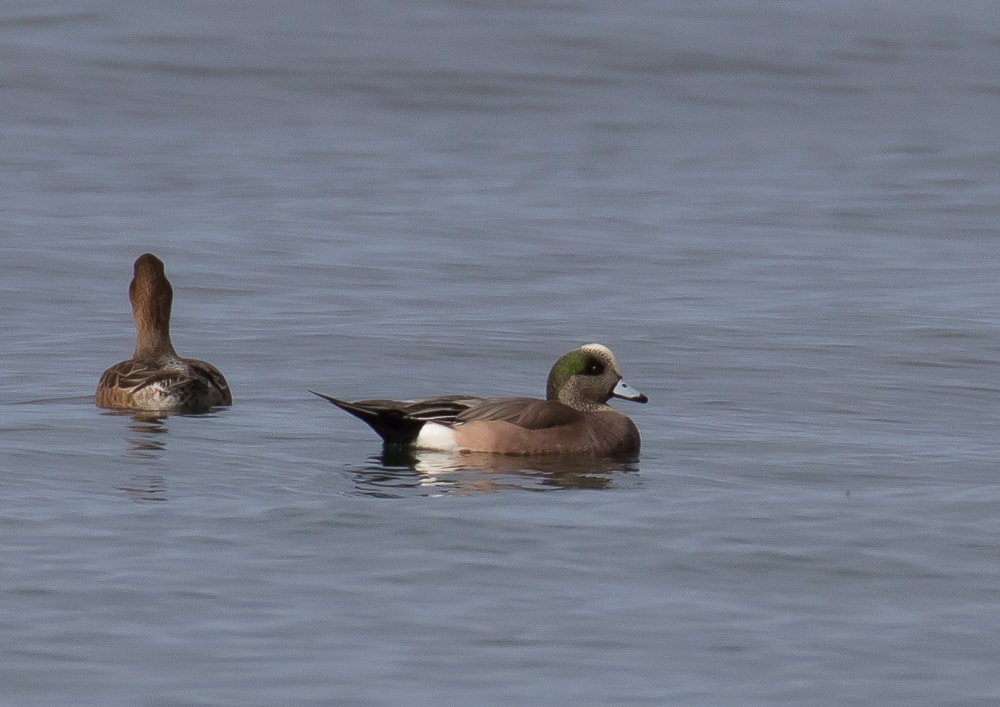 A new drake Ring-necked Duck at Bagmoor, Lincs, from 17th was one of 10 seen around Britain and Ireland, but once again just a single Lesser Scaup was noted – the drake at Dozmary Pool, Cornwall. Meanwhile, the drake Ferruginous Duck remained at Llan Bwch-llyn Lake, Powys, to 16th.

All four of the week's Glossy Ibises were lingering birds: the two at East Coast NR, Co Wicklow, and singles at two Suffolk sites. Up to 16 Western Cattle Egrets remained around Cornwall's Camel Estuary, with a new bird at Haversham, Bucks, on 16th. A White Stork, bearing a ring that identified it as from a Swedish reintroduction scheme, was at Beltinge, Kent, on 18th, before relocating to nearby Chislet the following day.

There were no confirmed reports of the Norfolk Snowy Owl this week, although the Scilly bird was again on Tresco on 17th and the Eday, Orkney, female was also reported. The male Rough-legged Buzzard was still between Throckenholt, Lincs, and Thorney Toll, Cambs, on 18th, while two were recorded over Rothbury, Northumberland, on 19th. A white-morph Gyr Falcon flew over the sea near Flaggy Shore, Co Clare, on 21st. One of the better finds this week was a superb first-winter American Herring Gull on the beach at Kilkee, Co Clare, on 19th; it was still present the following day. Ring-billed Gulls included the usual adult in Hampshire, the first-winter in Cornwall and at least nine in Ireland, these including a new first-winter at Rosslare, Co Wexford, on 18th. A handful of Kumlien's Gulls included a juvenile roosting at Chasewater, Staffs, on 14th and an adult at Crayford, Greater London, on 18th. Iceland and Glaucous Gulls remained numerous across Britain and Ireland, with the highest counts in far western localities, such as the 21 Icelands at Dingle, Co Kerry, on 16th. The American Horned Lark lasted another week at Staines Reservoirs, Surrey, with viewing conditions again temporarily enhanced by a dusting of snow. Meanwhile, an excellent Irish find concerned a Black-bellied Dipper on the River Dodder at Rathfarnham, Co Dublin, First reported on 20th, it had apparently been present since at least the beginning of March. 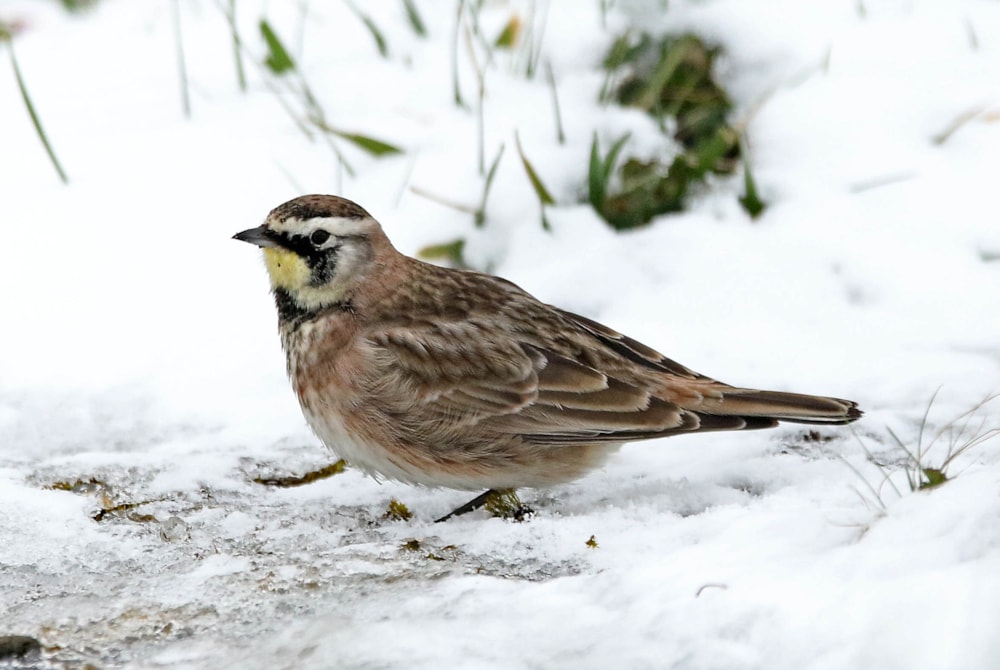 Curiously, a couple of Common Rosefinches were found this week: the first on Jersey on 14th was followed by another in a garden in Plymstock, Devon, from 17-19th. The only Coues's Arctic Redpoll was the bird at Whitlingham CP, Norfolk, on 16th. Five probable Parrot Crossbills reported from Crowthorne Wood, Berks, on 16th were presumably some of the birds wandering from nearby Wishmoor Bottom. A new Little Bunting was found in a garden at North Baddesley, Hants, on 17th, while the Isle of Wight bird was still at Brading on 19th and the Walthamstow Reservoirs, Greater London, individual lingered all week. 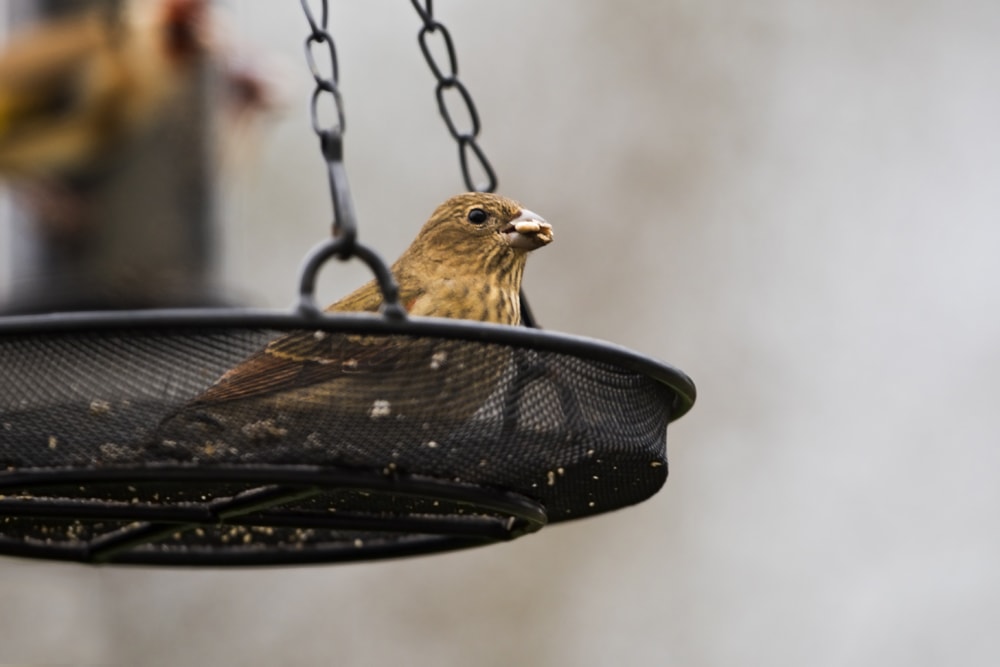 A potential first for the WP came in the form of an Atlantic Petrel seen flying past Punta de Barril, São Nicolau, Cape Verde, on 14th. The archipelago also held the lingering Reed Cormorant at Barragem de Figueira Gorda, Santiago, and a Solitary Sandpiper on the same island at Barragem de Poilão. Meanwhile, on Fuerteventura, the Dwarf Bittern remained near Llanos Pelados to at least 18th. In the Azores, the Redhead was still on Terceira, as was the Green Heron on Pico and the Belted Kingfisher on Flores (the latter hadn't been seen since October). 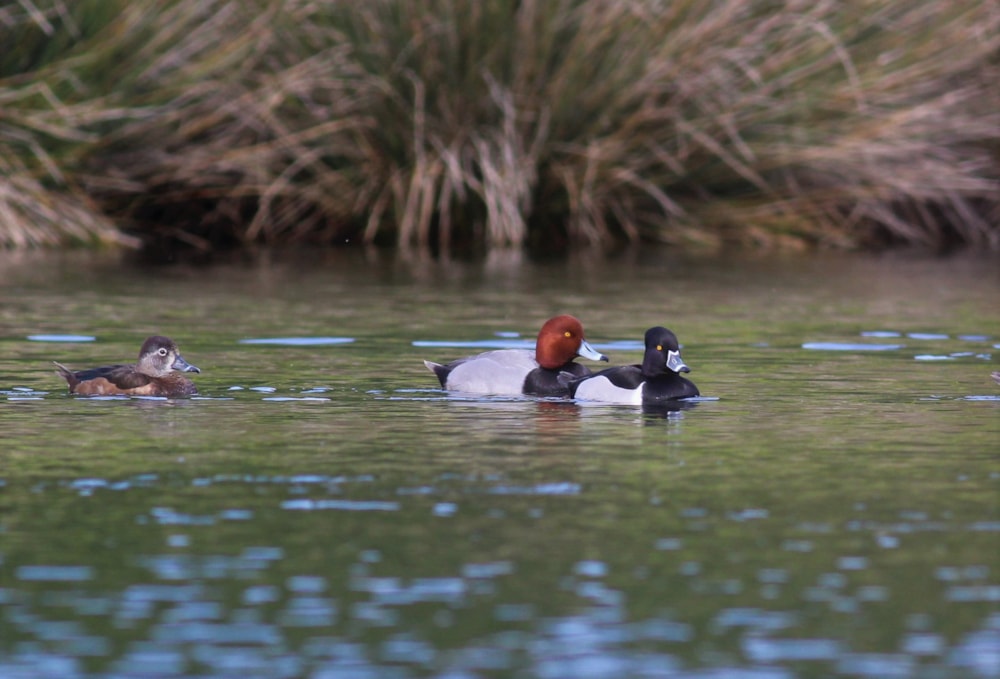 Belgium's first Dark-eyed Junco graced a garden in Doornzele from 15th onwards. The Pygmy Cormorant was also still in Brussels and, just across the border, The Netherlands held onto its long-staying Ross's Gull, Pine Bunting and Black-throated Thrush. 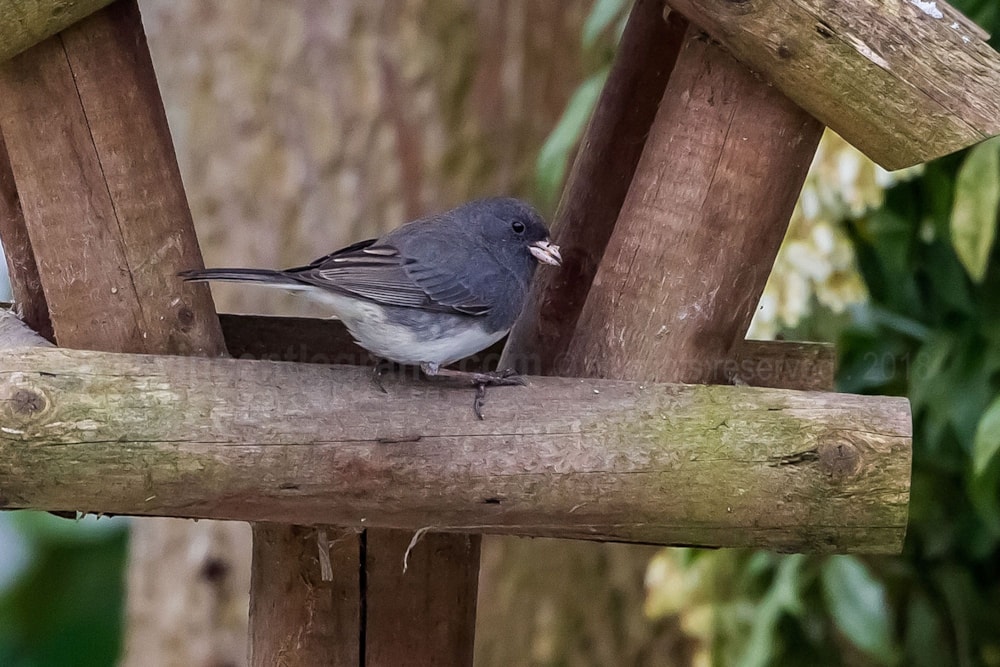 The near-adult Kelp Gull was back at the landfill site south of Le Mesnil-Aubry, France, on 19-20th. In Spain, the adult Thayer's Gull was still at Xove, Galicia, on 14th and the Steppe Grey Shrike lingered in Catalonia. Laguna de Fuente de Piedra, near Malaga, held up to six Lesser Flamingos.

The first Black-throated Accentor for Hungary was found on feeders in Kisújszállás on 19th. Norway and the Western Palearctic's second Pacific Eider was in Finnmark this week; it was last noted off Krampenes on 19th. The Stejneger's Scoter was still off Skummeslövsstrand, Sweden, on 14th.

News from Israel included the country's first (or second) Red-tailed Wheatear at Har Amasa on 16th, the lingering Lesser Flamingo near Eilat and a couple of Crested Honey Buzzards. Other bits and pieces included a stunning male Caspian Plover at Mandria, Cyprus, to 15th, a Bar-tailed Lark on Sicily on 17th and at least 44 Sudan Golden Sparrows north-west of Awsard, Western Sahara. 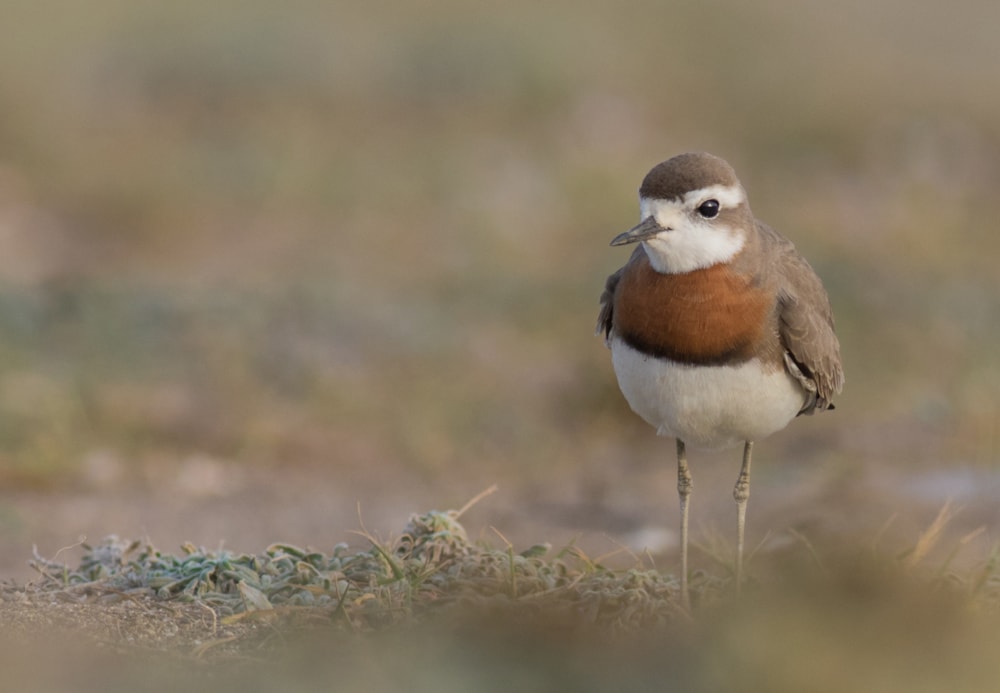