At one point in mid-evening on Sunday, it seemed that last week's prediction of a Lesser Sand Plover had been well and truly upstaged, with the arrival of an apparent Hudsonian Godwit at Frodsham Marsh (Cheshire) causing birders' adrenaline levels to rocket right across Britain. Unfortunately, it transpired to be much ado about nothing: with a white underwing seen well the following morning, the beast was 'just' an aberrant Black-tailed Godwit, and thus the twitching fraternity was able to slump back into midsummer dormancy once more. 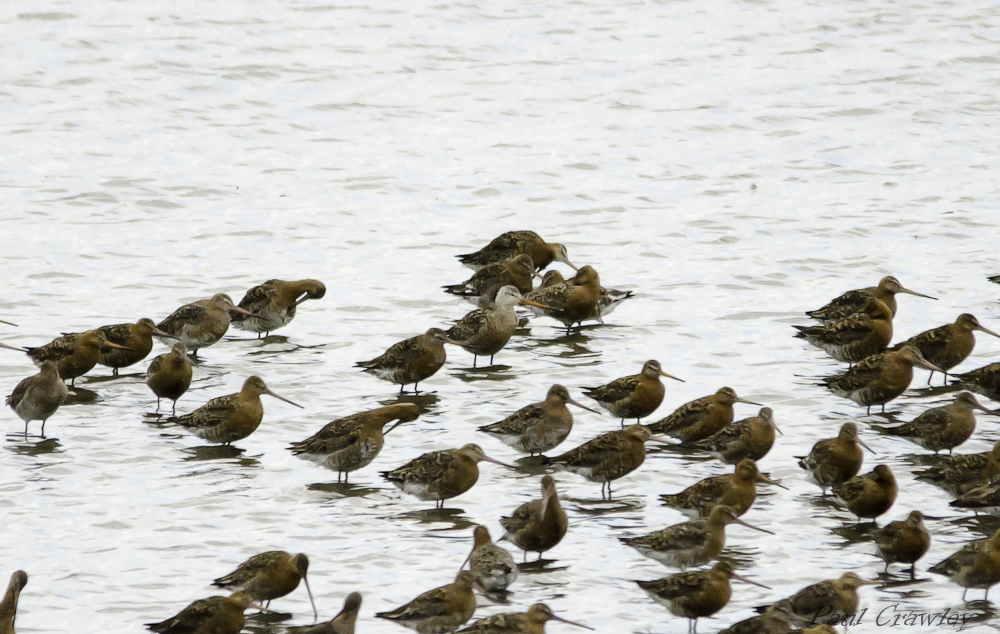 That aside, there was very little in the way of nationwide excitement, though a couple of great regional birds stole the headlines. Aberdeenshire claimed an elusive Roller at New Pitsligo on 12th and 14th–15th. Perhaps the East Yorkshire bird of June, this is the first county record since 1969 and thus a huge bird for this part of northeast Scotland. Even bigger was the Black Stork seen again in County Clare, this time flying over Ballyvaughan in the direction of Black Head on 12th. As mentioned in a previous review, the Emerald Isle has never enjoyed a twitchable Black Stork, and Irish birders must be quite desperate for this one to be relocated on the deck. Also across the Irish Sea was the returning female Snowy Owl, once again frequenting the moor just west of Blacksod (Mayo) from 14th. It was not seen there in 2011, so this marks a welcome return for this majestic creature.

As one might expect, seawatching returns also improved throughout the week, with Scilly waters claiming the lion's share of the scarcer species. Three Wilson's Storm-petrels were seen from the Sapphire pelagic on 12th, and a fourth was noted on 16th — the same day a singleton was also seen from the Scillonian as it headed from St. Mary's back to Penzance. Improved (though still small) numbers of Cory's Shearwaters were seen in the southwest, with the odd Great and Sooty Shearwaters also noted. Over in Ireland, a similar scattering of the odd Cory's and Great Shearwaters were eclipsed by the season's first Fea's-type Petrel, which flew past Mizen Head mid-morning on 16th. 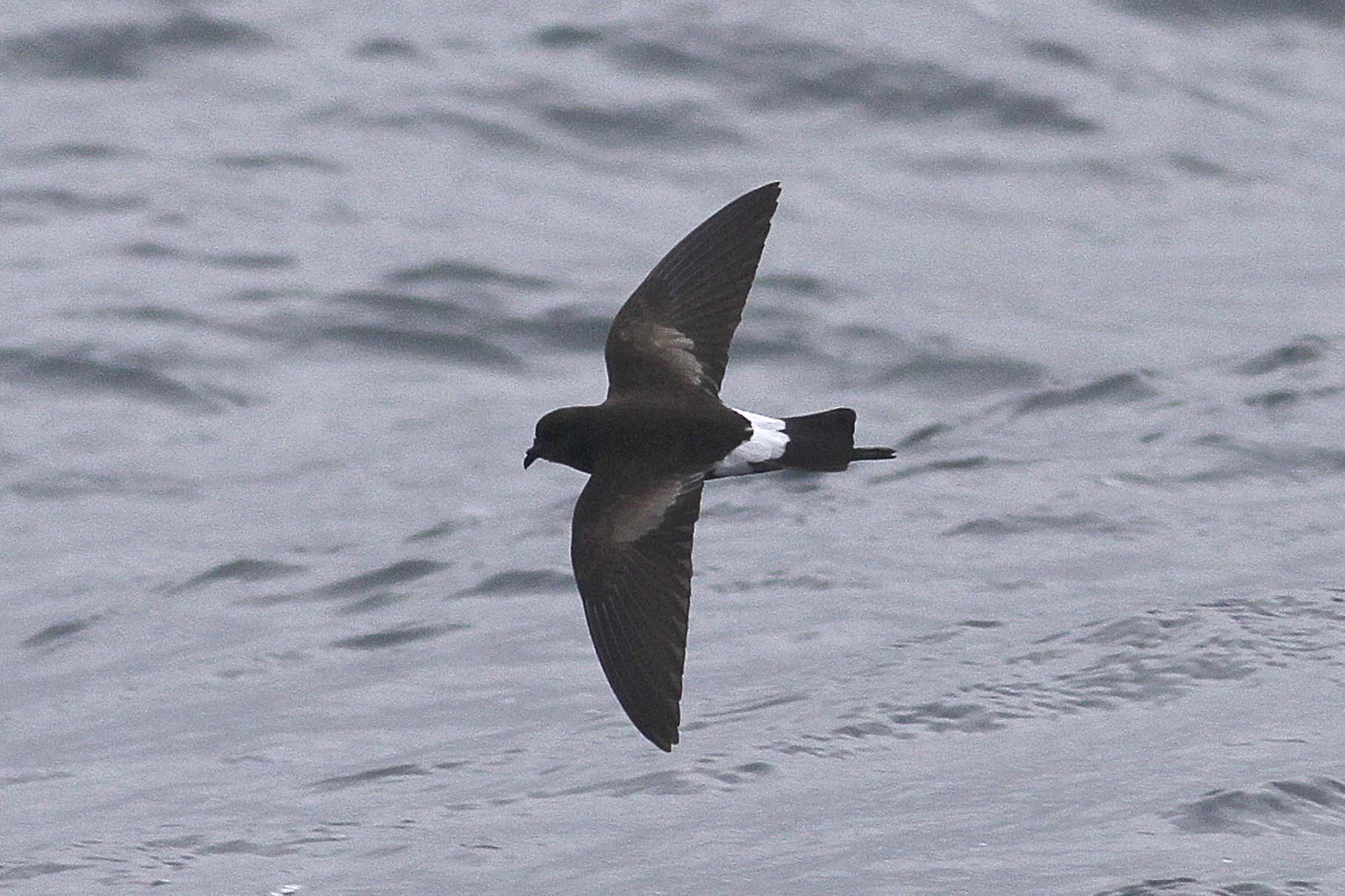 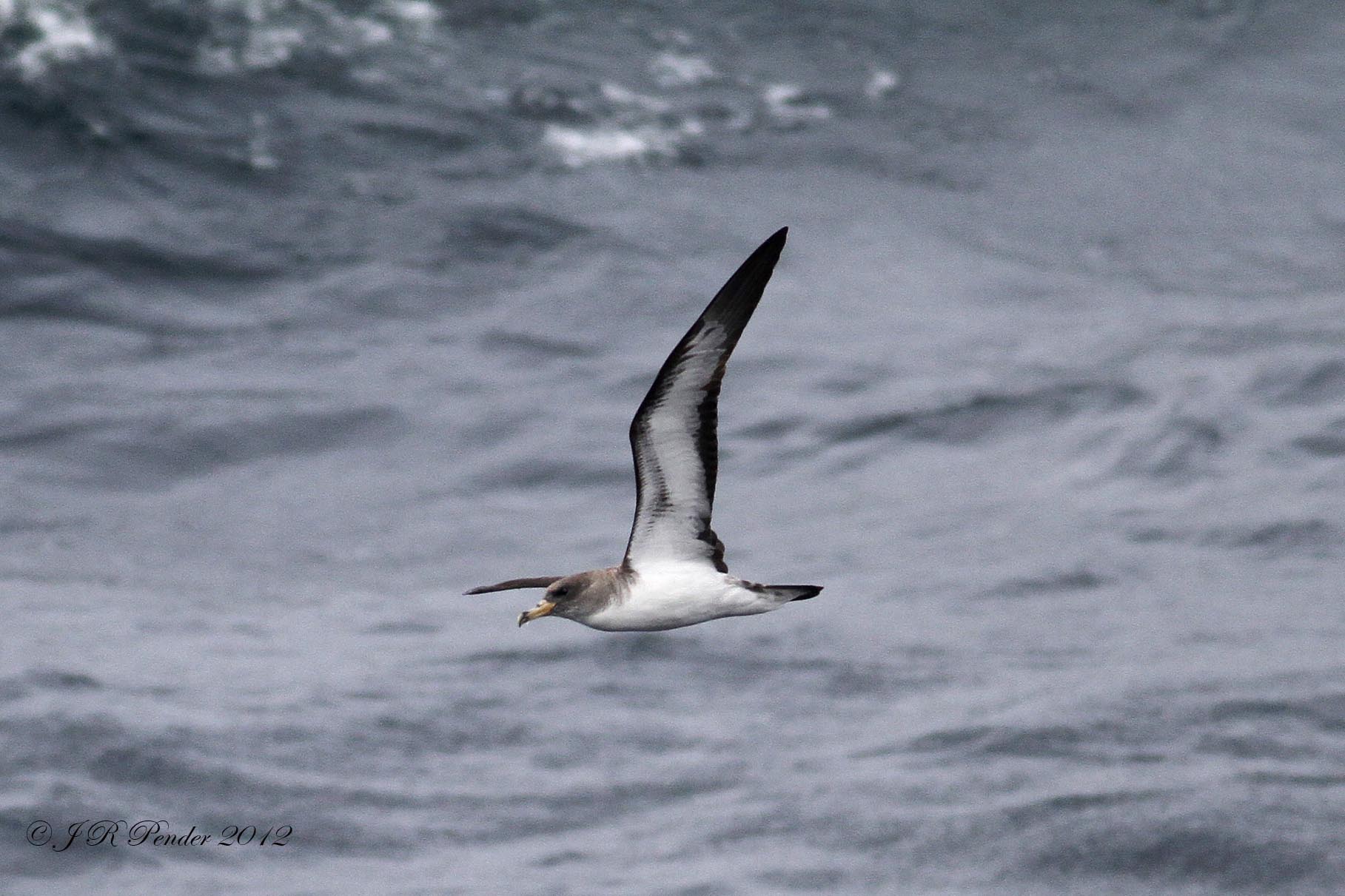 The arrival of a drake Ferruginous Duck to Blagdon Lake (Somerset) from 12th was right on cue — how long before it moves to nearby Chew Valley Lake? Otherwise, wildfowl action was limited to just a single remaining drake Surf Scoter off Blackdog (Aberdeenshire) and a several widely scattered Ruddy Shelducks, which included a lingering bird at Coate Water Country Park (Wilts) and four at West Carlton (E Yorks) on 15th. 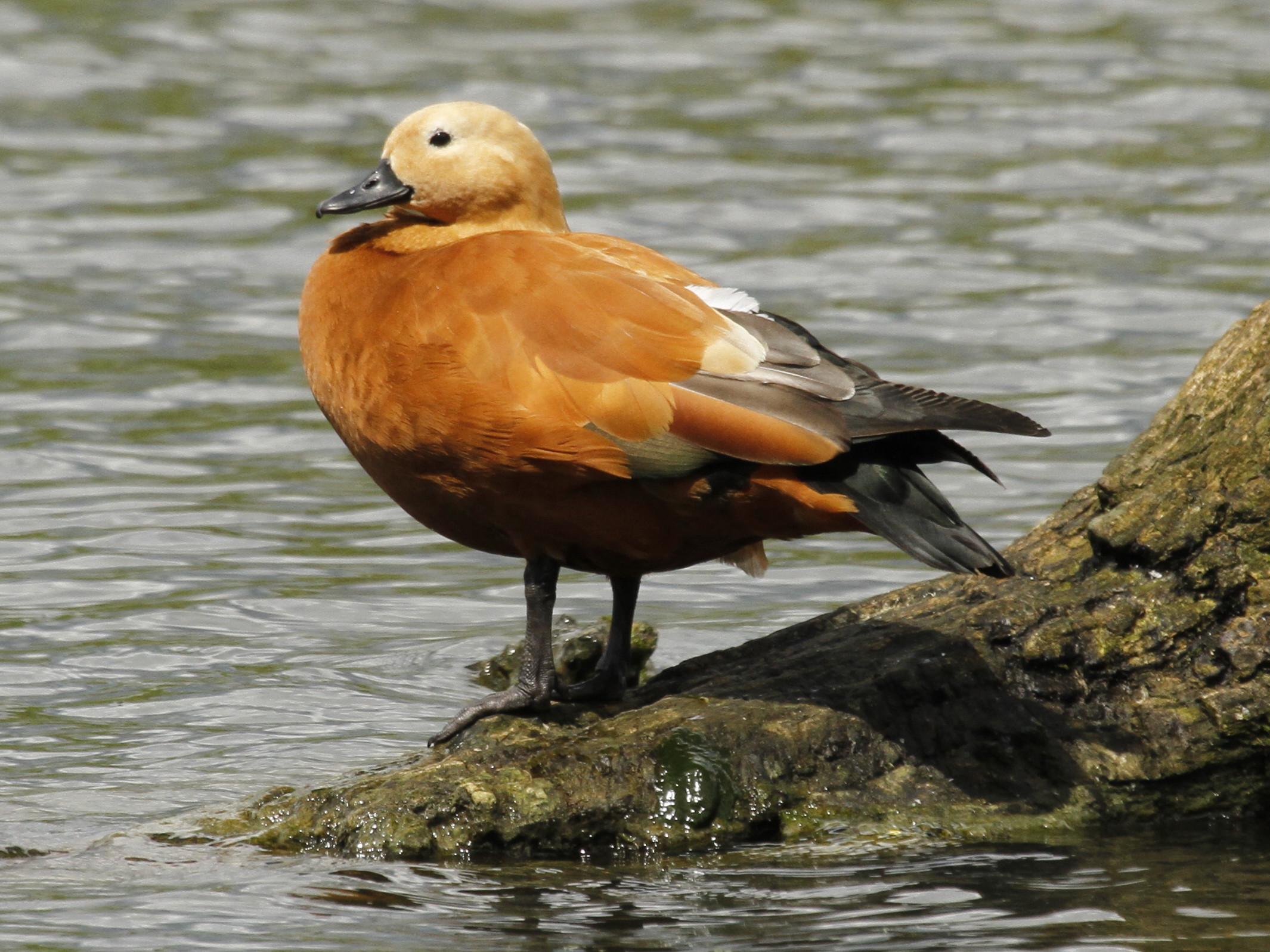 After a blank week last time out, three White Storks reappeared on floods near Templecombe (Somerset) from 14th — presumably this is the Sussex trio relocating. Another was found in a brook by the A600 near Harrowden (Beds) late on 18th. In addition to the ever-growing group in Somerset, a Great White Egret was noted flying over Portsmouth docks (Hants) on 14th. Perhaps as many as eight Glossy Ibises were scattered across England, Wales and Ireland, with new birds seen in Somerset, Essex and Kent.

A male Montagu's Harrier at Champion Moor (Lancs) for five days from 12th was an excellent county record and is presumably the Altcar Moss bird of June, while the first-summer continued at Tacumshin (Wexford) throughout. 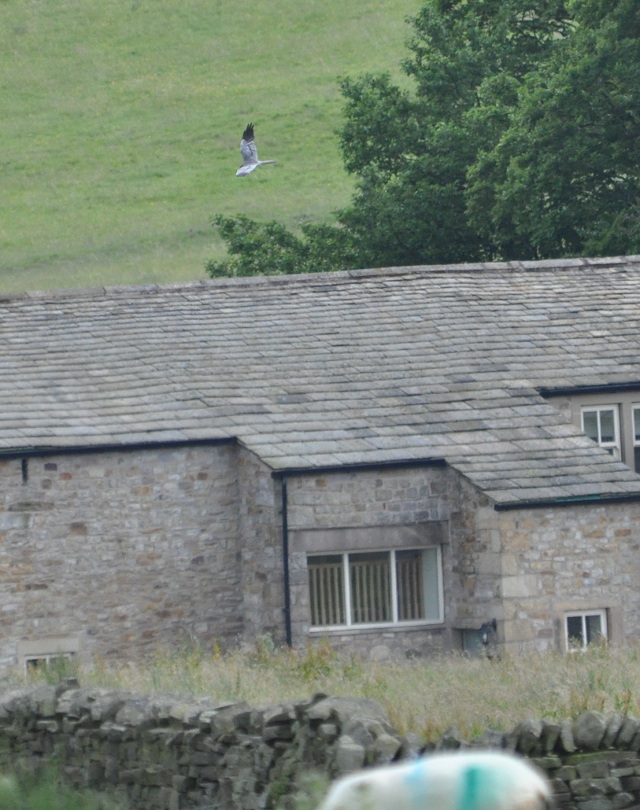 Also in Lancashire, a female Grey Phalarope touched down at Martin Mere for a matter of minutes during the afternoon of 17th, although it soon disappeared once more. We raved about the rarity of 'Red' Phalaropes following the recent Highland bird, and it is remarkable that another should appear so soon afterwards. Had it lingered, it would undoubtedly have been the most popular bird of the week. Also brief was a Red-necked Phalarope at Mistley (Essex) during the evening of 16th. 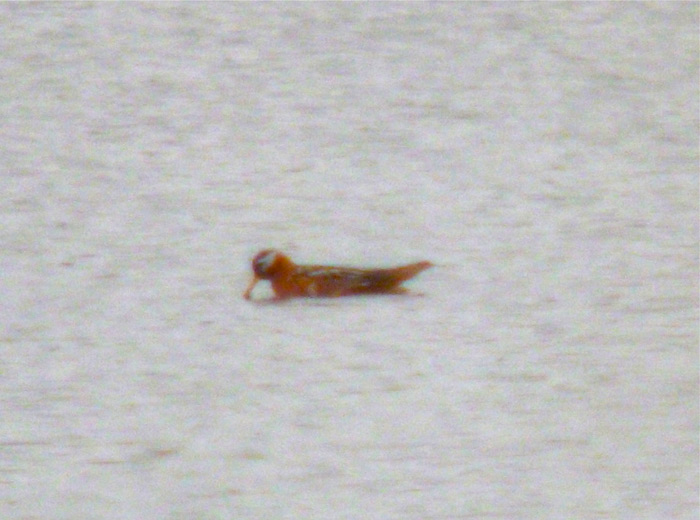 Further returning waders included three White-rumped Sandpipers; two were in Lincolnshire, the remaining bird still at Frampton Marsh to 12th and a different individual inland at Kirkby-on-Bain Gravel Pits on 14th, and a third was at Grimley (Worcs) that evening. At least seven Pectoral Sandpipers included a bird at Ouse Fen (Cambs) on 14th, following hot on the heels of last week's Long-billed Dowitcher, which sadly wasn't relocated. Other British birds were noted at Cley Marshes and Titchwell (Norfolk), Holland Haven and Old Hall Marshes (Essex), Cresswell Pond (Northumberland) and Greatham Creek (Cleveland), with Irish records coming from Tacumshin (Wexford) and the Boyne Estuary (Louth). Temminck's Stints were at Rutland Water on 12th–14th and Long Drag (Cleveland) from 14th. 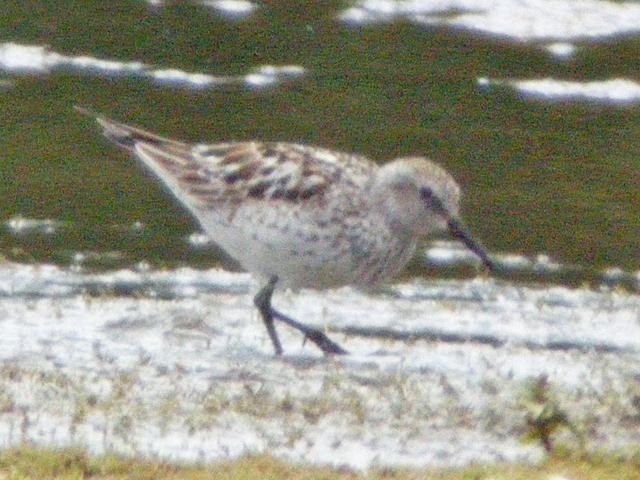 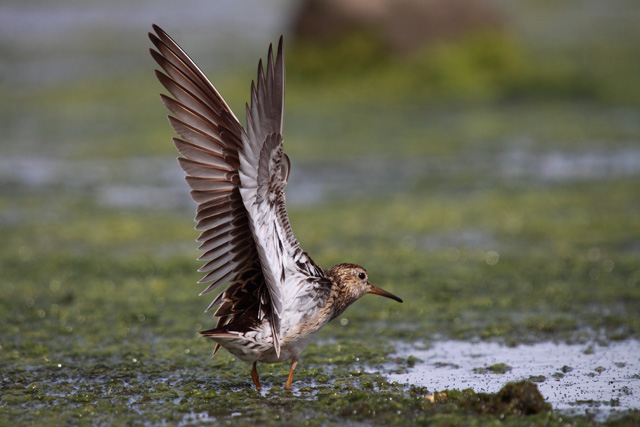 Following a number of tantalising reports over the past fortnight, a Caspian Tern finally lingered long enough for birders to catch up with it. First seen briefly a couple of times at Strumpshaw Fen (Norfolk) during the evening of 17th, it reappeared there the following morning before relocating to nearby Buckenham Marshes. Typically, it was wearing pants full of ants, flying off up and down the River Yare several times throughout the day but it periodically returned to the same flood there. However, by the evening it had become restless once more, and relocated to the classic Caspian Tern site of Breydon Water. Even here, it could not sit still for long, flying off and returning at least once before dark. It was otherwise quiet for terns and gulls; the odd Black and Roseate Terns included up to the four of the latter at Lowestoft (Suffolk) on 18th, while Down's Ring-billed Gull was still at Groomsport over the weekend. 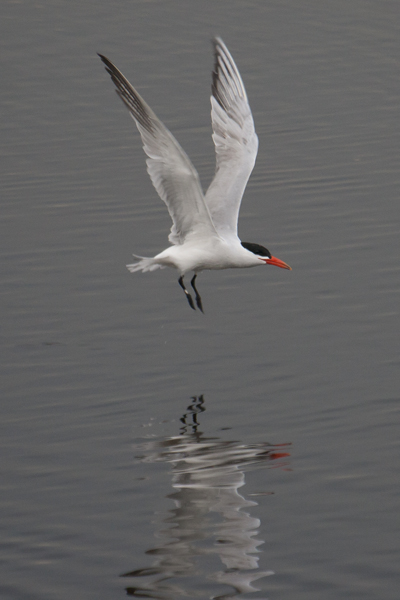 As one might expect for mid-July, it was a quiet week for passerines. A Hoopoe spontaneously appeared then disappeared at North Tolsta, Lewis (Outer Hebrides) on 14th, while the Short-toed Lark remained on Blakeney Point (Norfolk) early on and an Alpine Swift was reported from Thorington Street (Suffolk) on 18th. In Somerset, the Iberian Chiffchaff was still singing at Porlock on 12th.

Despite apparently flying off strongly on Saturday, London's elusive male Red-backed Shrike remained at Lake Farm Country Park, Hayes throughout the week. A Woodchat Shrike was belatedly reported from near Cemlyn Bay on 12th, although no further sightings were forthcoming. No doubt the most unseasonable sighting of the week was a probable Coues's Arctic Redpoll trapped and ringed on Fair Isle on 14th: there have been occasional June records, with one in July 2007 marking a perhaps surprising midsummer trend. The two Serins continued their stays at Landguard (Suffolk) and Dungeness (Kent) to 13th and 15th respectively, although both could prove rather difficult to pin down. 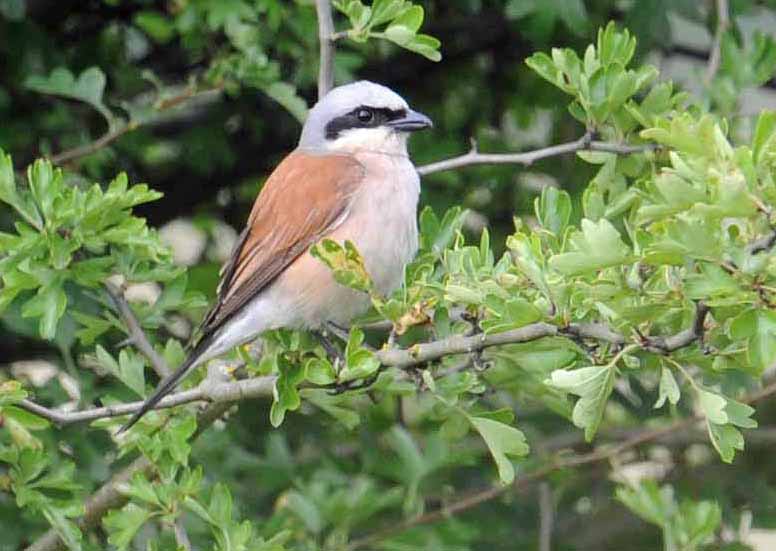 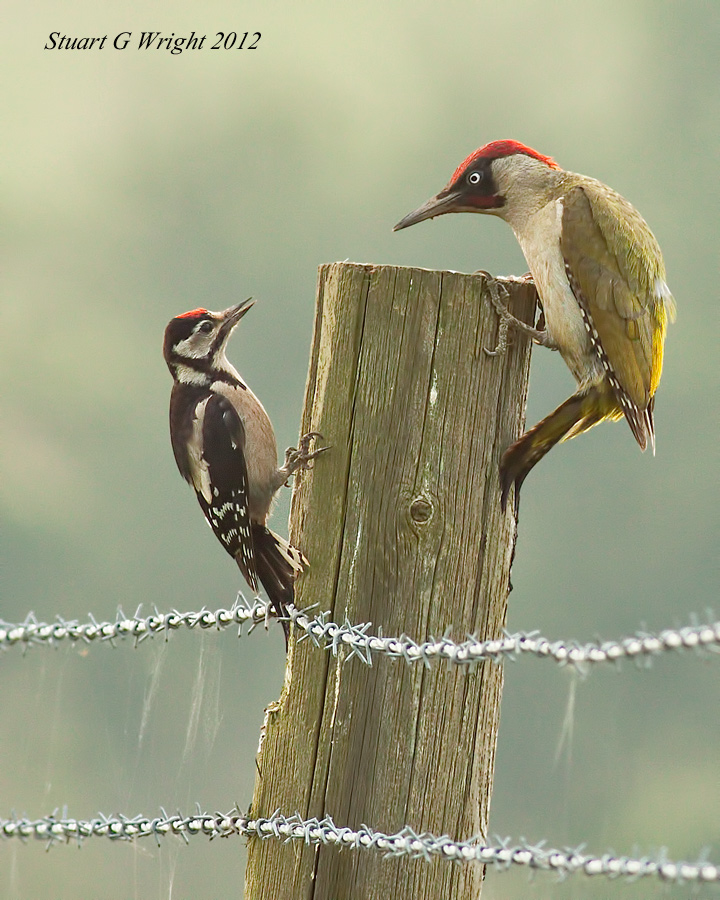 The high degree of evolutionary adaptation of woodpecker species has given them a number of attributes that make them a thrill to watch: distinctive shapes, striking plumages, specialised behaviours and so on. The three woodpecker species native to the UK can also be quite difficult to view clearly and the chances of seeing more than one of these species together in the open are extremely slight. When presented with such an opportunity, Stuart Wright did such a good job of capitalising on it that his first BirdGuides Photo of the Week was firmly assured. Capturing the two birds in profile provides a textbook comparison shot, whilst the fence and wires create an interesting composition. Most of all, though, the eye contact between the glowering Green Woodpecker and its reeling Great Spotted cousin lends powerful tension to the image. 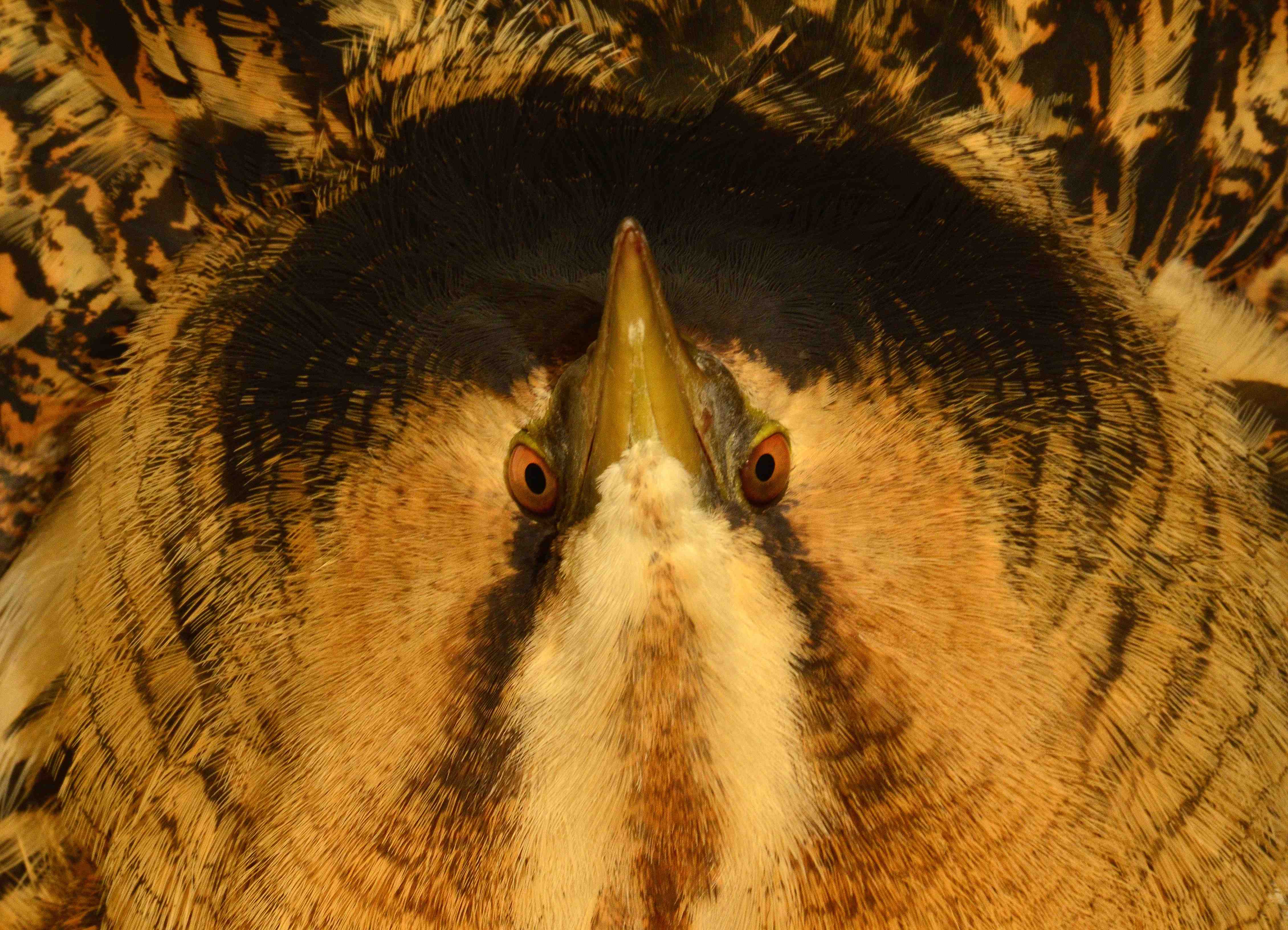 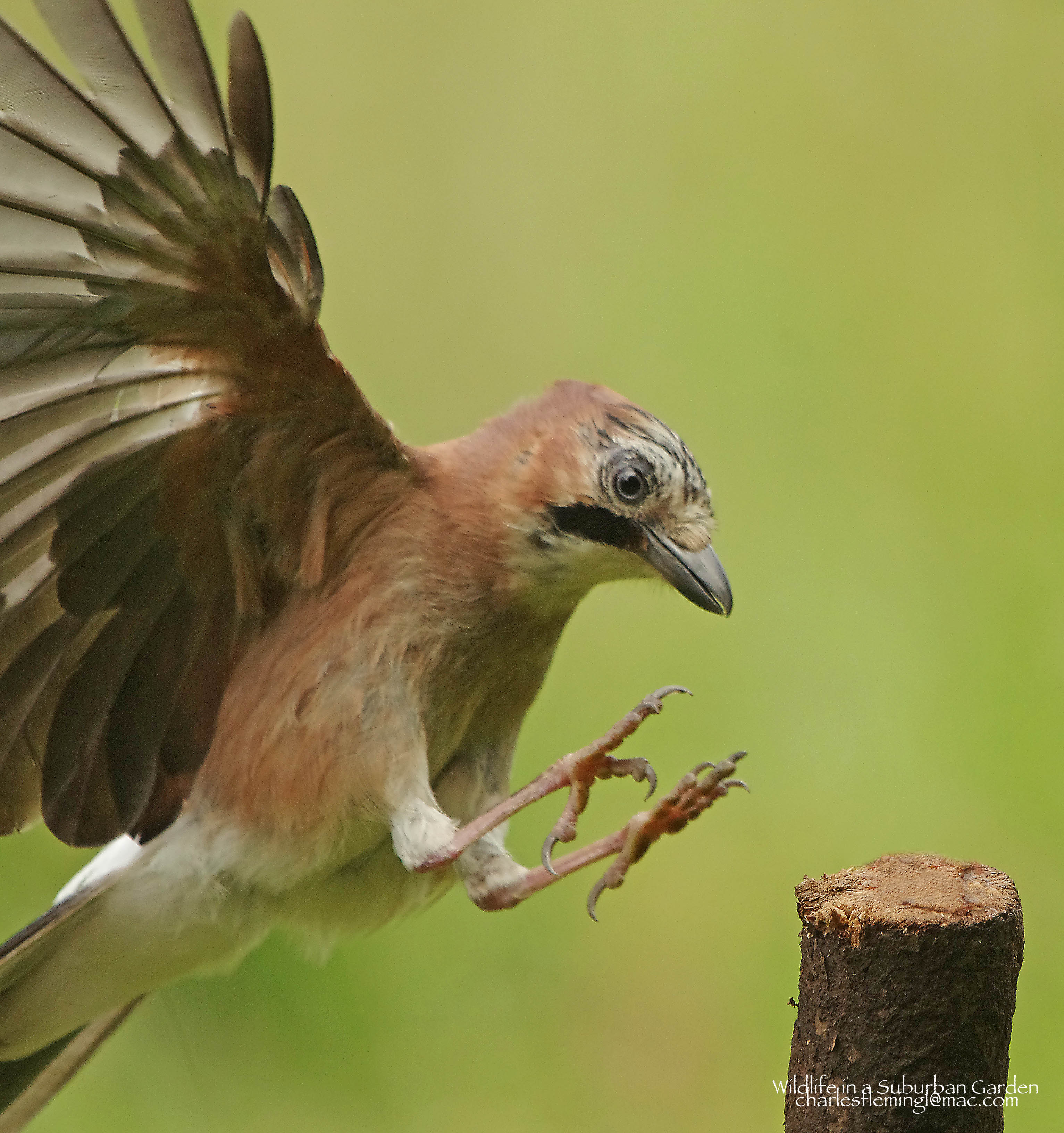 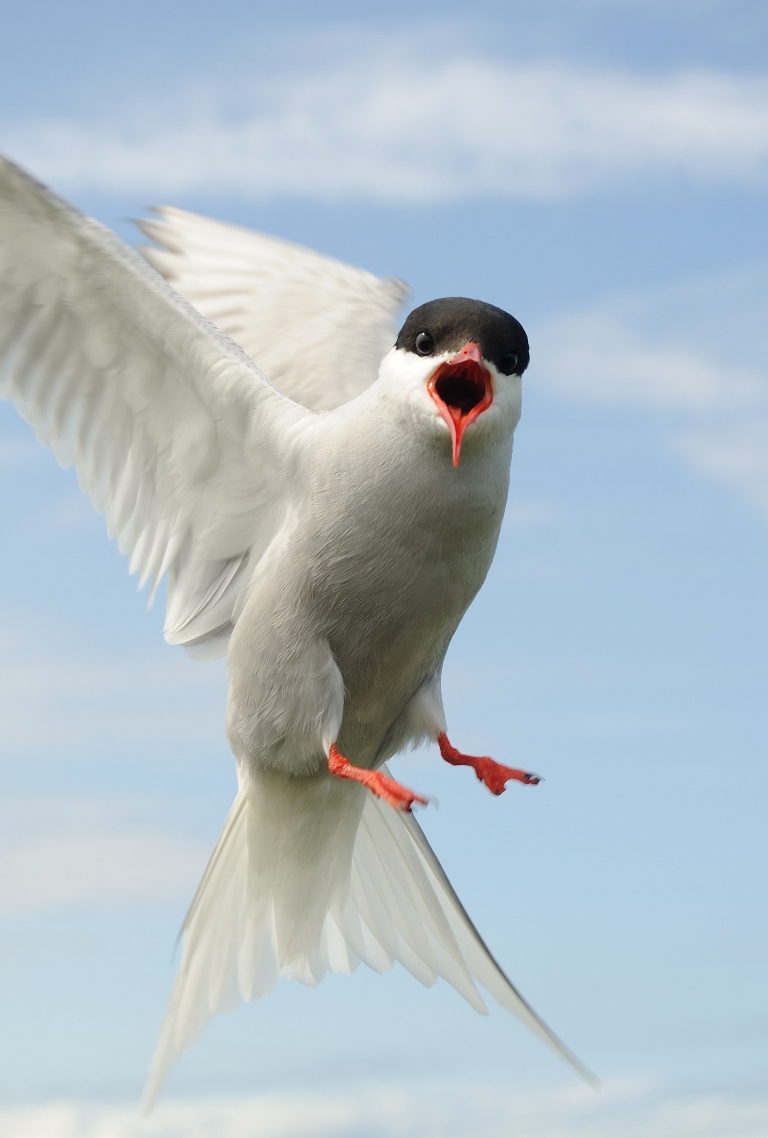 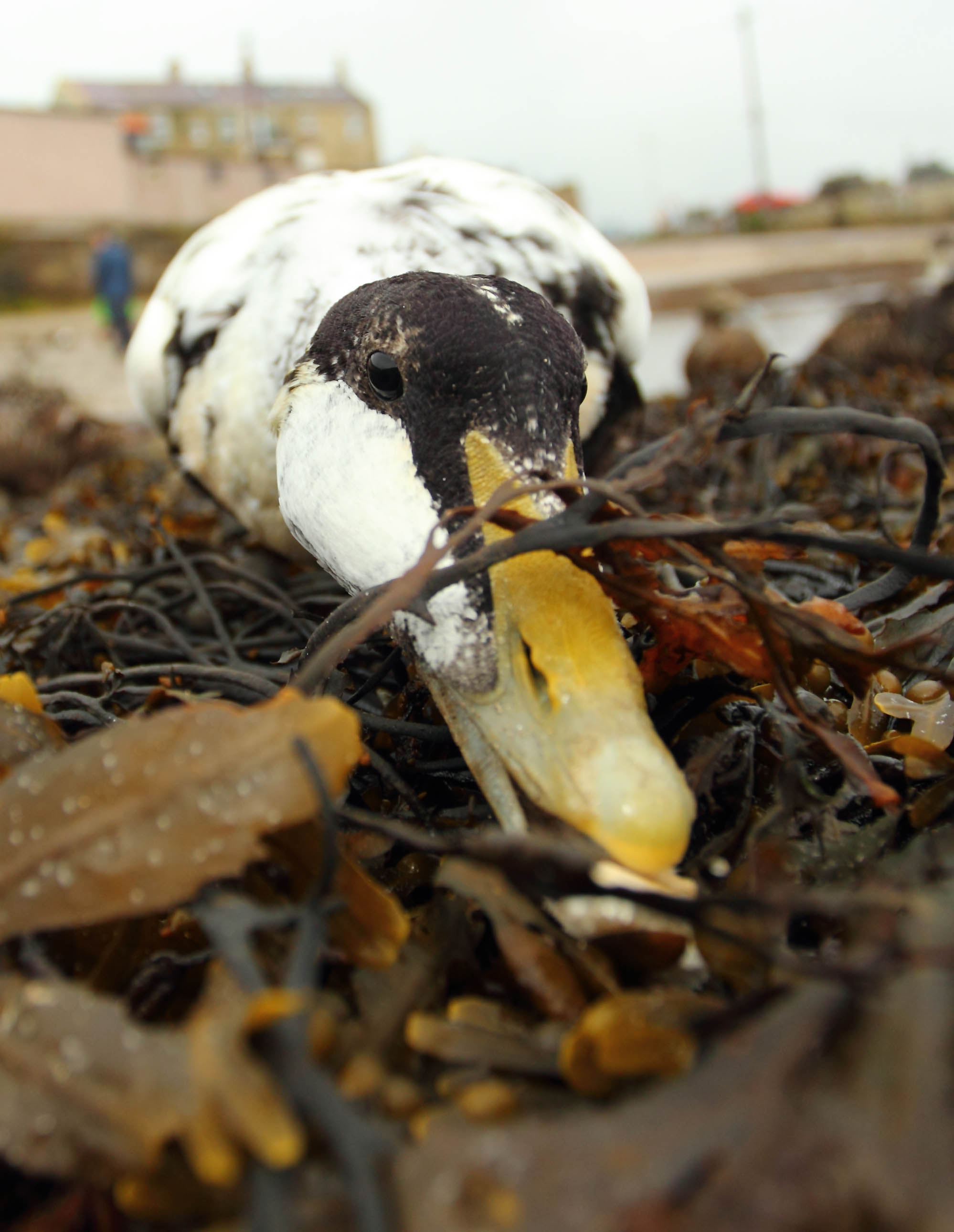 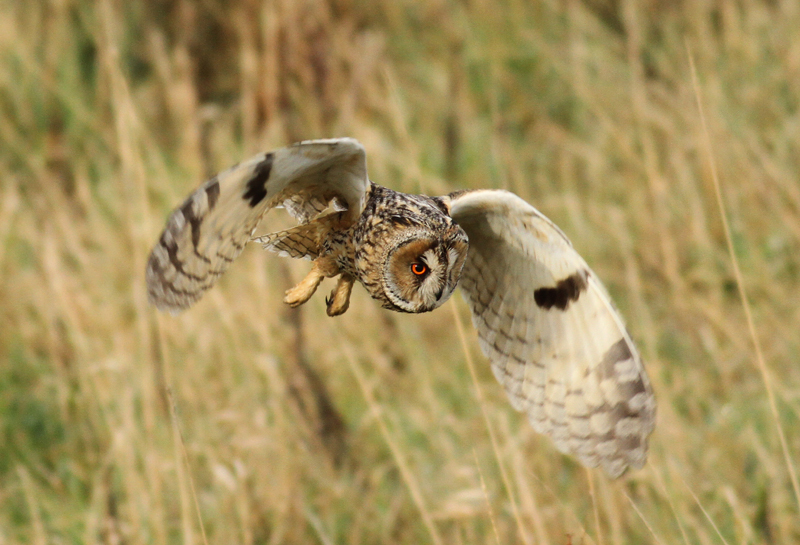 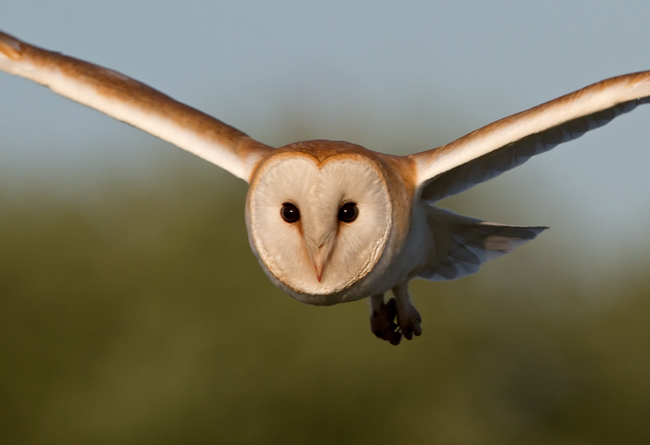 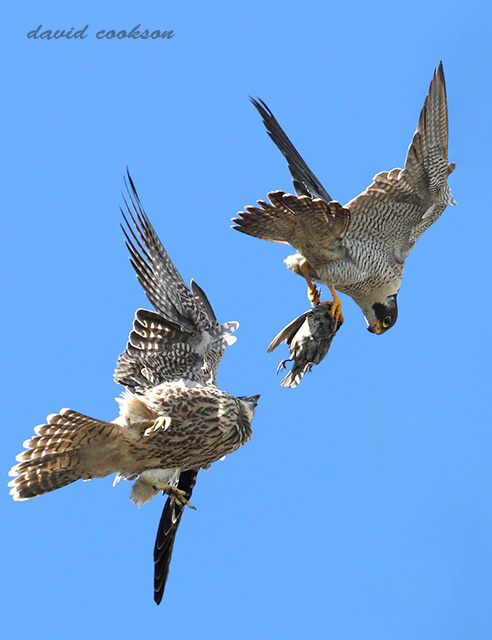 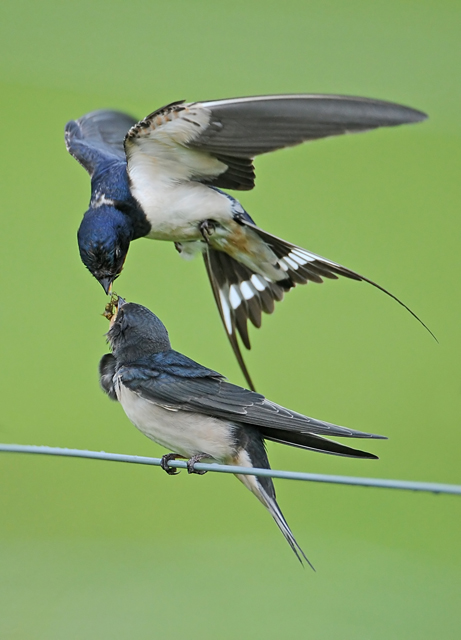 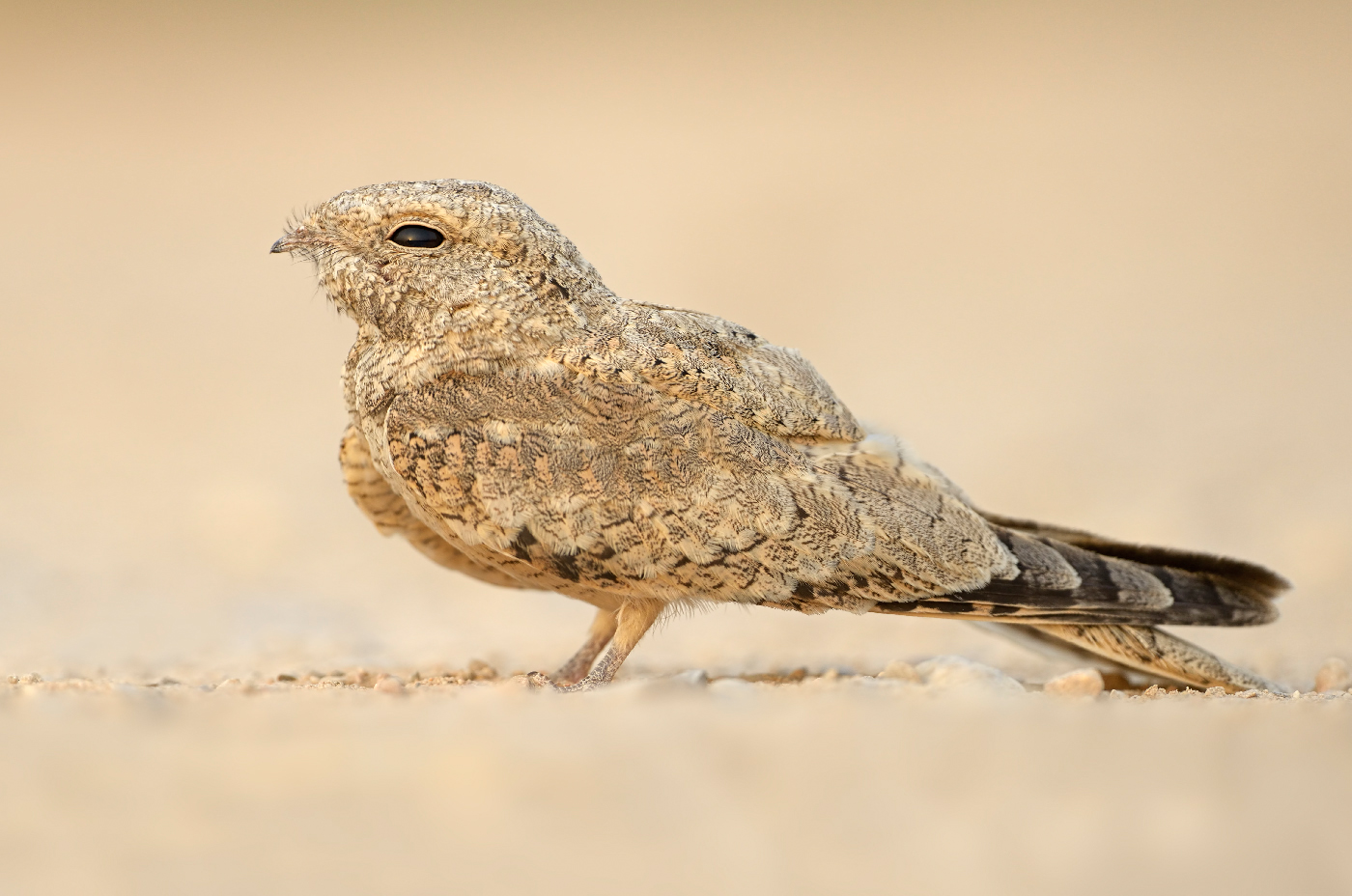 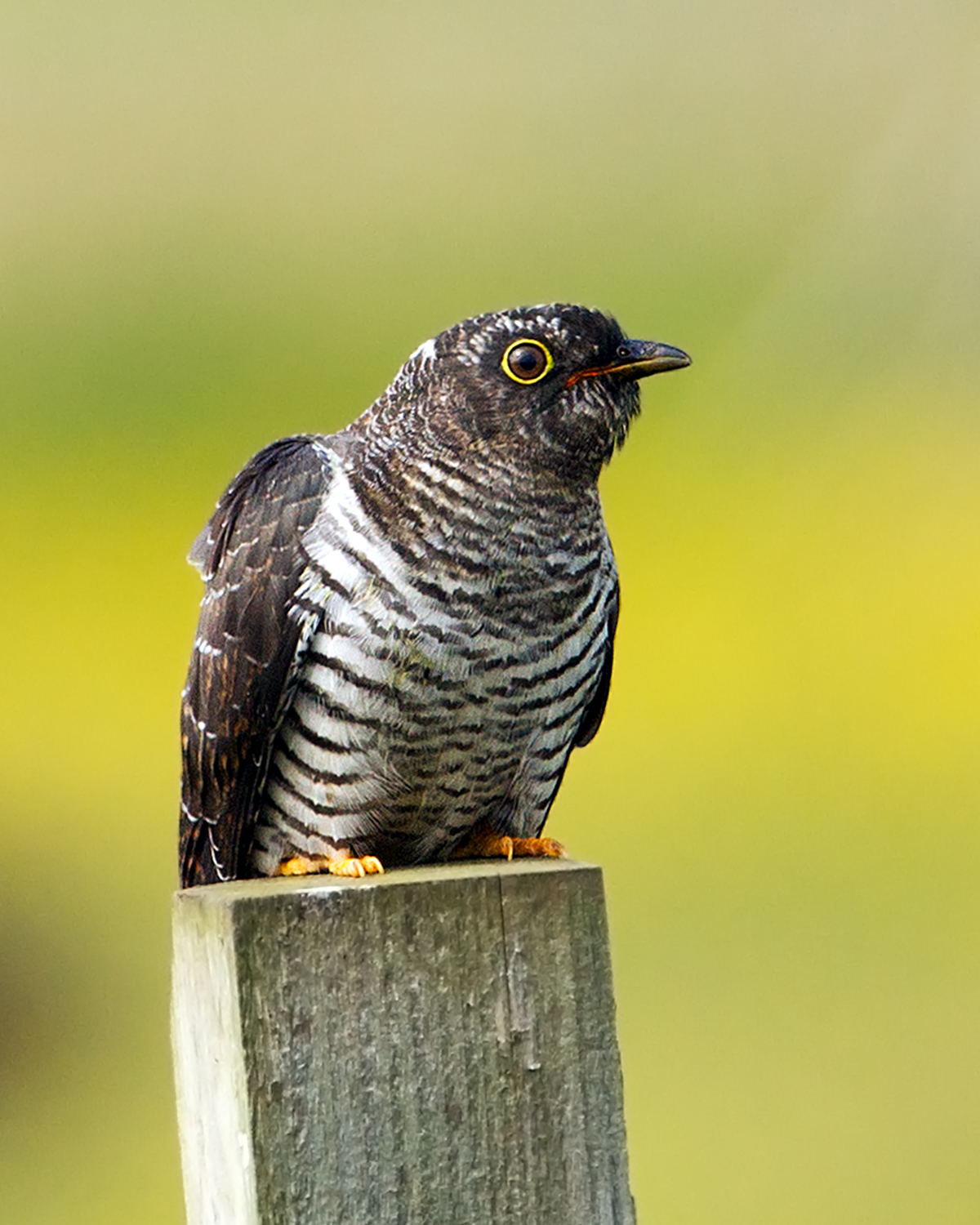 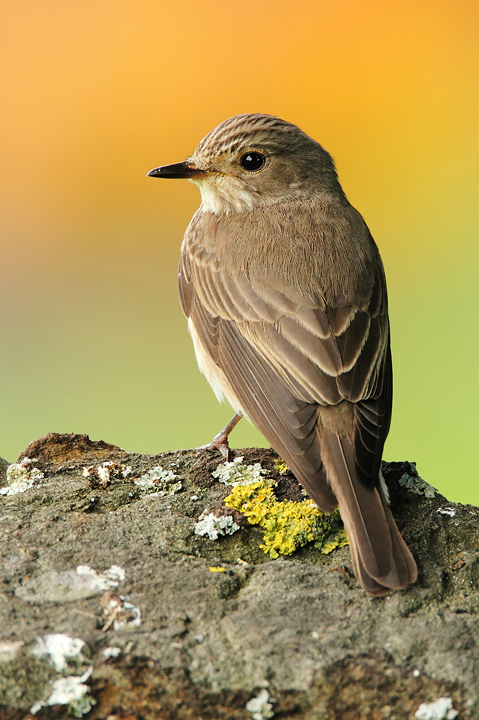 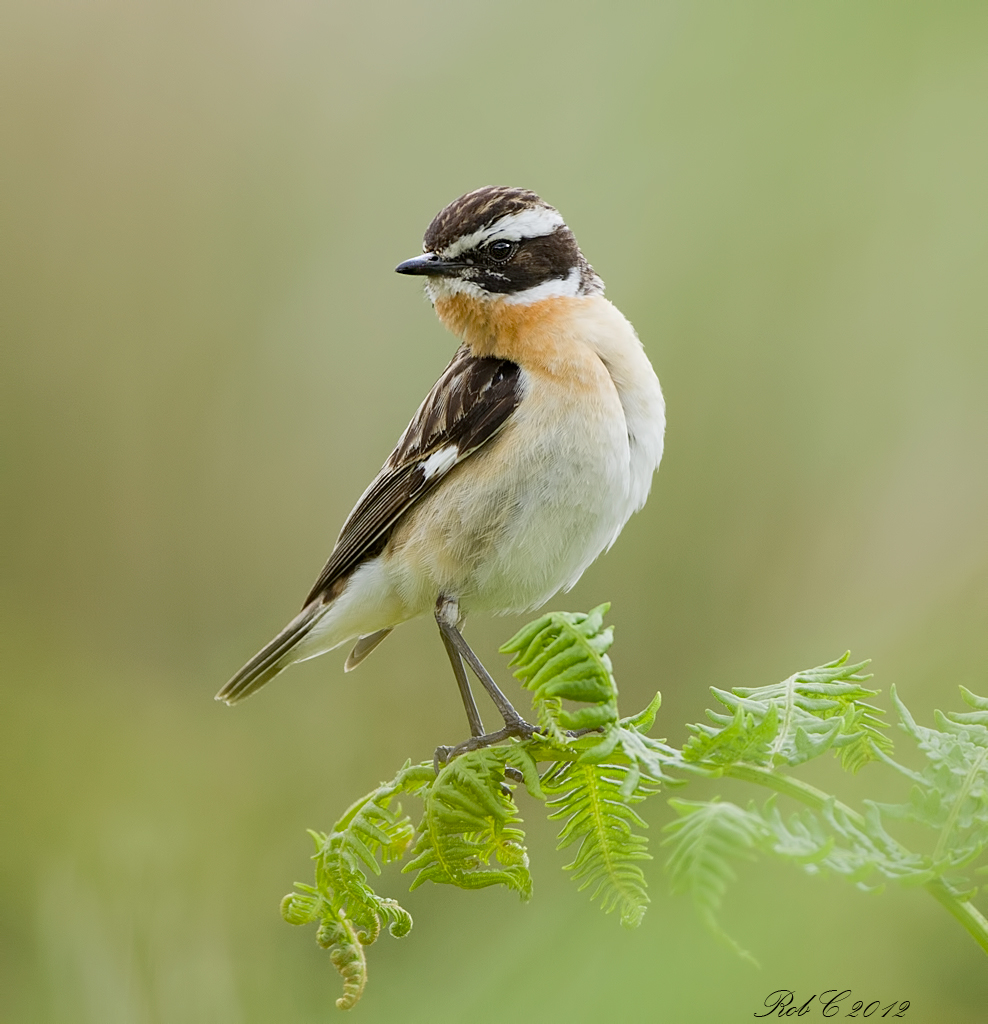 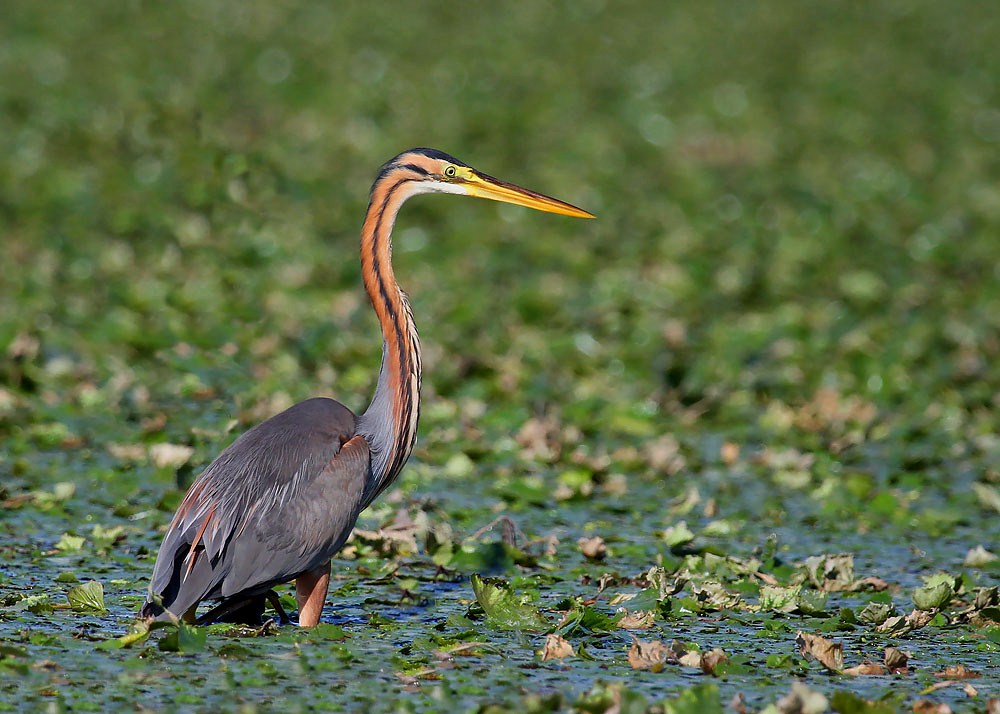