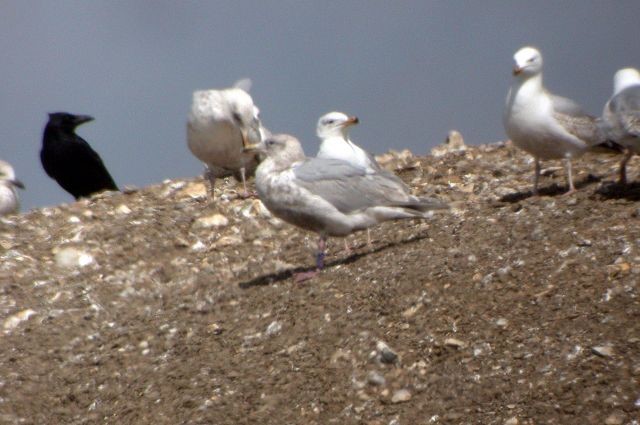 Perhaps surprisingly the 3rd-year Glaucous-winged Gull was relocated once again. The blue-ringed bird, originally trapped near Gloucester prior to Christmas last year and then relocated in Carmarthen in early March, was again picked out amongst its congeners, this time at Beddington Sewage Farm in London. The bird was seen for a short period on the afternoon of the 18th; many will be hoping for an obliging performance on this occasion, but maybe the gull will continue to lead observers a merry dance? 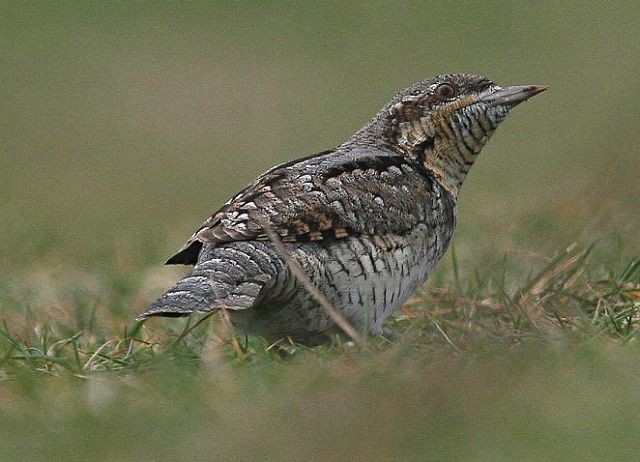 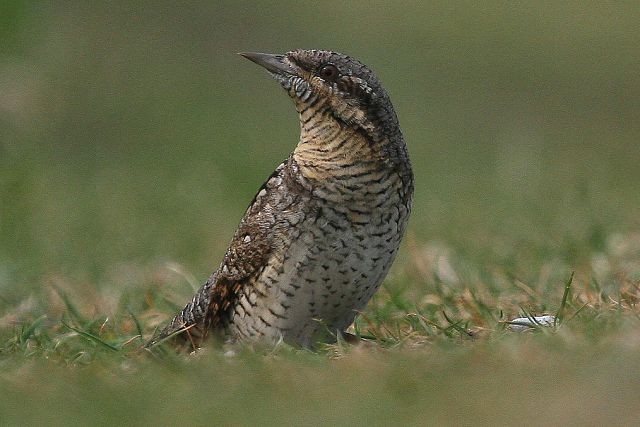 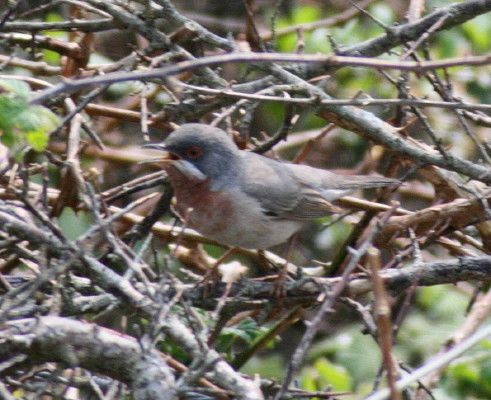 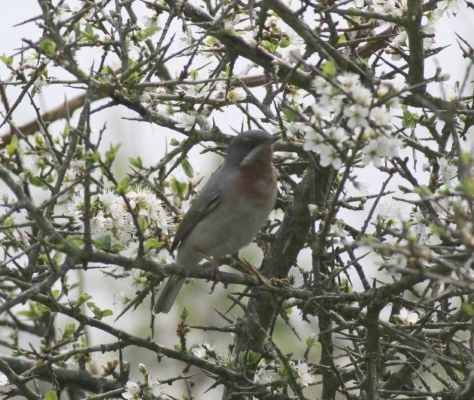 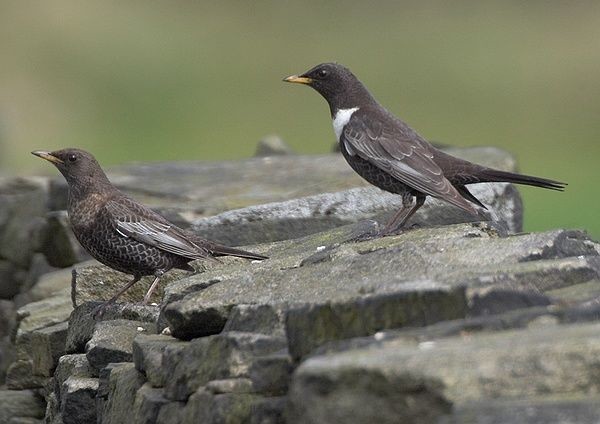 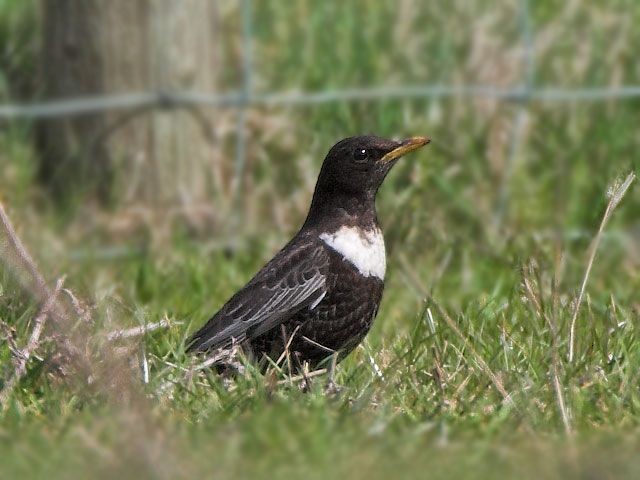 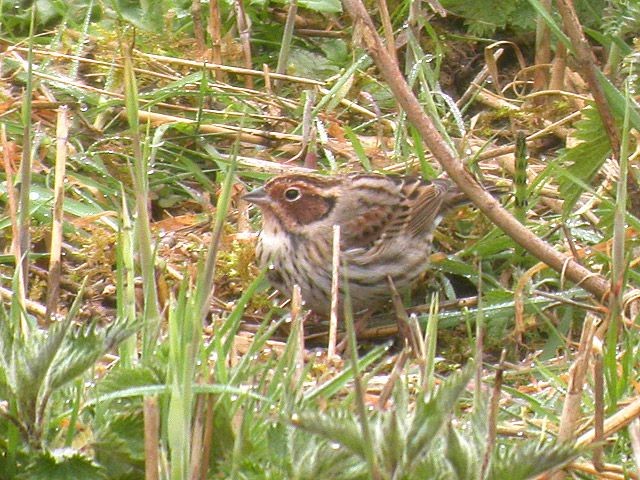 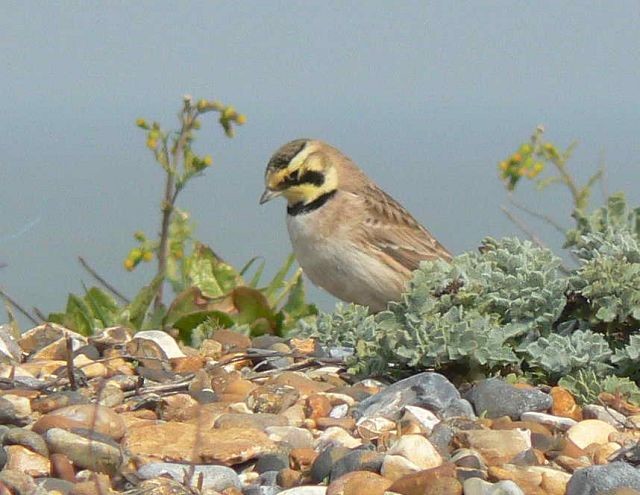 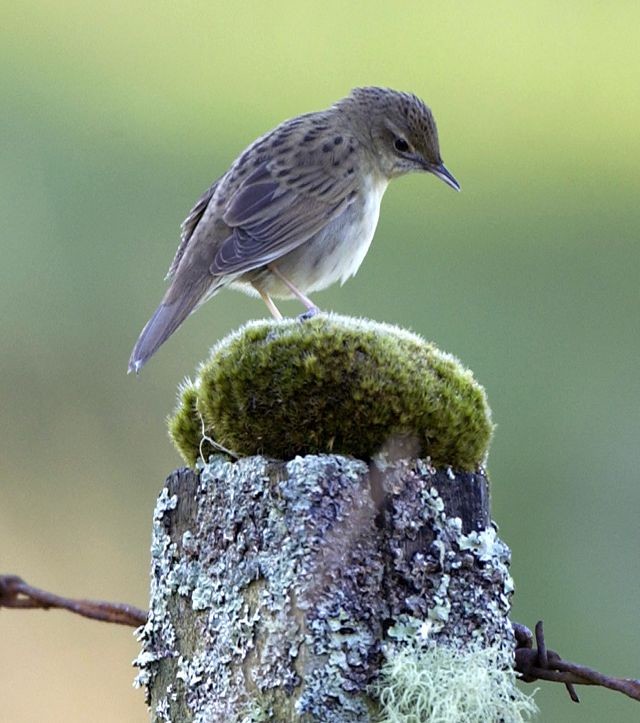 Although southern vagrants are still in short supply, summer visitors started to pour in with good numbers of scarcer species such as Ring Ouzel and Grasshopper Warbler in some areas. Unfortunately most of the rarer species that did arrive did not put in extended stays. A male Black-eared Wheatear briefly at Kilmelford (Argyll) was an excellent find on the 12th and a male Subalpine Warbler at Rame Head (Cornwall) on the 16th was to be expected. A possible Savi's Warbler was at Netherfield Lagoons (Notts) on 18th and a White-spotted Bluethroat was at Vange Marshes (Essex) on 14th. Red-rumped Swallows were at Collieston (Aberdeenshire) on 16th and Dublin (Co. Dublin) on 18th, whilst there were around eight each of Wrynecks and Hoopoes, mostly along the south coast, and Serins were at Portland (Dorset) on the 12th, 16th and 18th and Hengistbury Head (Dorset) on 15th. An Icterine Warbler was at Bishopstone Gulley (Kent) on 16th and a Richard's Pipit passed over Brean Down (Somerset) on 15th. A Little Bunting was briefly at St. Aldhelm's Head (Dorset) on 13th and the long-staying male remained at Amwell GPs (Herts), as did the male Pallas's Warbler at Wouldham (Kent). In Cornwall both the Yellow-browed Warbler at Penzance and Dusky Warbler at Newquay continued their stays. Away from parties in Norfolk and Kent there were Shore Larks on Cape Clear (Co. Cork) and Lizard Point Cornwall), plus Collieston (Aberdeenshire) and single Lapland Buntings were on North Ronaldsay (Orkney) and North Uist (Outer Hebrides) with two at Cley (Norfolk). 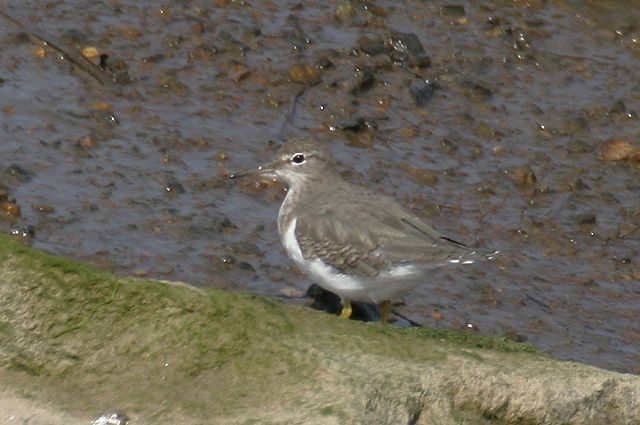 The Killdeer was again at Banna Minn, Mainland (Shetland) and a 1st-summer American Golden Plover was at Tacumshin (Co. Wexford). A male Kentish Plover graced Dawlish Warren (Devon) on 16th as did a Temminck's Stint at Buckenham Marshes (Norfolk) on 15th along with the wintering bird still at Slimbridge (Glos). Long-stayers included the Grey Phalarope at Cross Ness (London), Spotted Sandpiper on the Hayle Estuary (Cornwall), Lesser Yellowlegs at Rosscarbery (Co. Cork) and Long-billed Dowitchers in Co. Louth, Essex and Kent. 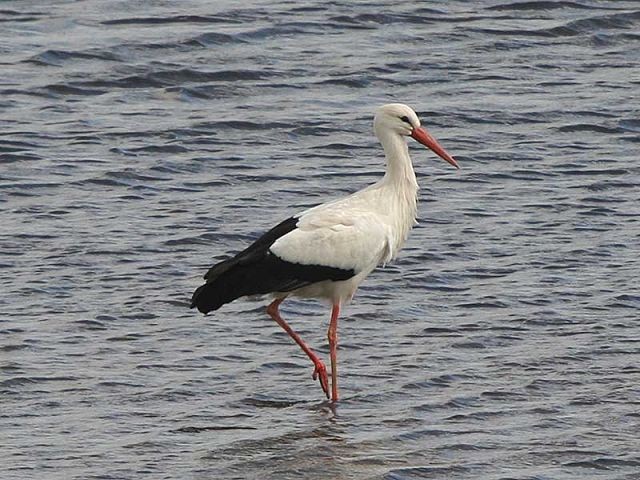 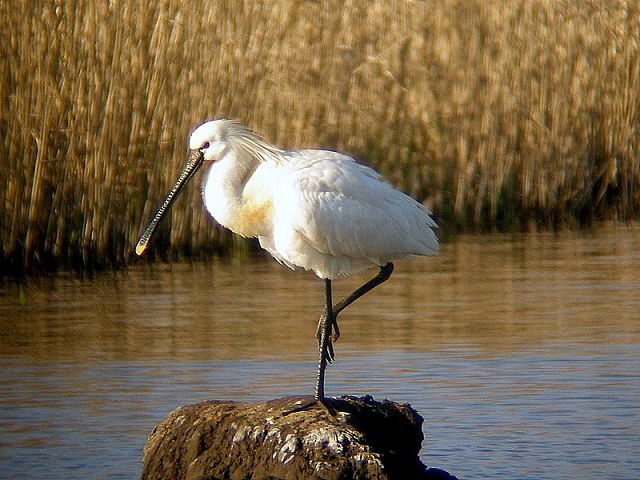 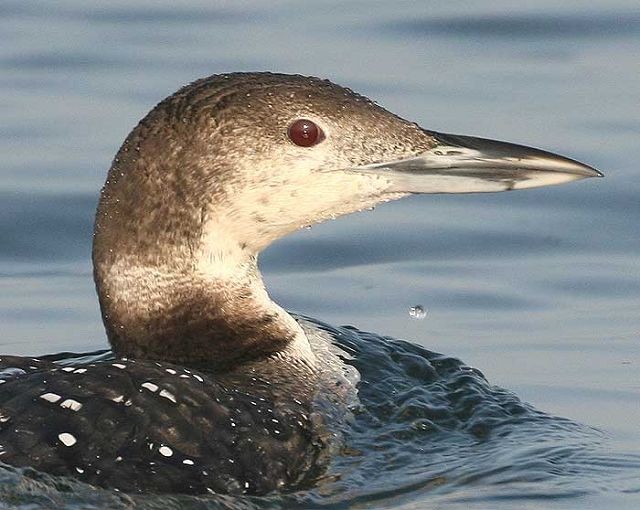 
The Laughing Gull remained in south Devon as did the Forster's Tern in Co. Galway. A possible Baltic Gull was reported from Chew Valley Lake (Somerset), Kumlien's Gulls remained on Scilly and Co. Antrim and just four Ring-billed Gulls were reported. Two Pomarine Skuas passed Bowness-on-Solway (Cumbria) and five likewise off Balranald (Outer Hebrides). Two White-billed Divers were off Lewis, with others on Shetland off Unst and Laxo. Several mobile White Storks presented the usual 'shall I/shan't I' ticking conundrum for their observers; a Great White Egret passed over Norwich (Norfolk) on 16th whilst the Cattle Egret remained at the Otter Estuary NR (Devon). A Snowy Owl was on Lewis (Outer Hebrides) and the Black-eared Kite remained in Norfolk to at least the 12th, with a Black Kite reported from Grove Ferry (Kent) on 18th. Around a dozen Spoonbills were noted, including three on the Taw Estuary (Devon). 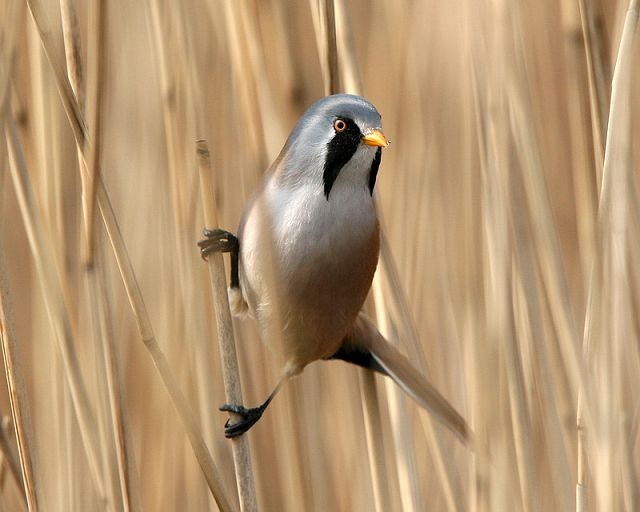 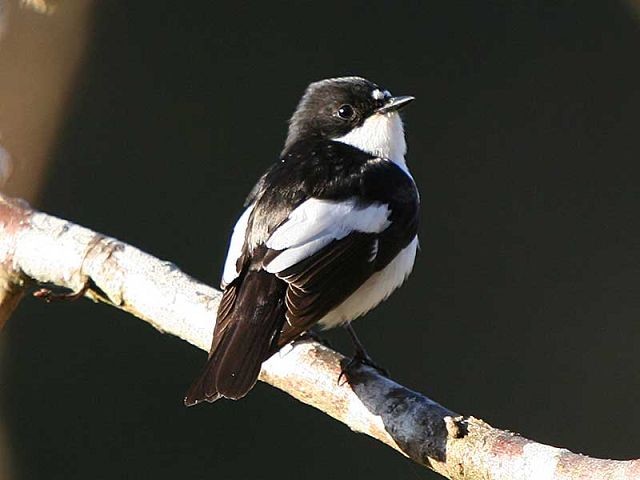 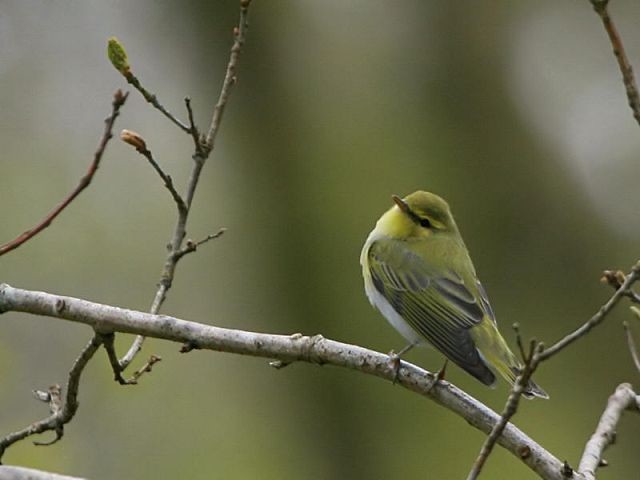 The Barrow's Goldeneye continued in Forth, as did the male in Co. Down, and two Lesser Scaup were still on Benbecula (Outer Hebrides) with one still in Edinburgh (Lothian). The Marbled Duck remained in Gloucestershire, there were American Wigeon in Norfolk and North Yorkshire and four Green-winged Teal were reported. There were King Eider on North Ronaldsay (Orkney) and Burghead (Moray/Nairn) and two Surf Scoter were in the Sound of Taransay (Outer Hebrides) with another in Spey Bay (Moray/Nairn). The Red-breasted Goose again put in an appearance at Haugh of Blackgrange (Forth) on 15th, the sole Black Brant was reported from the Witham mouth (Lincolnshire) and the Snow Goose remained on Shetland. 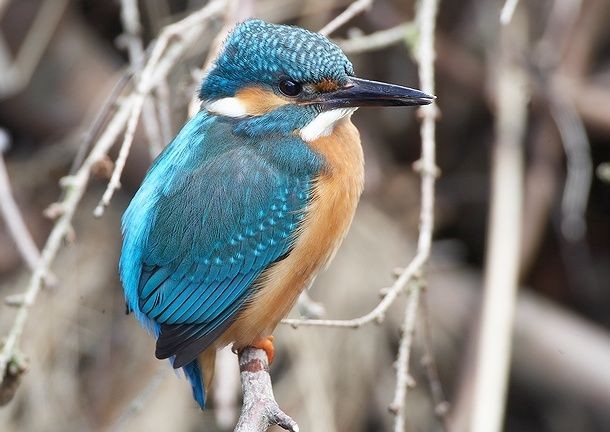 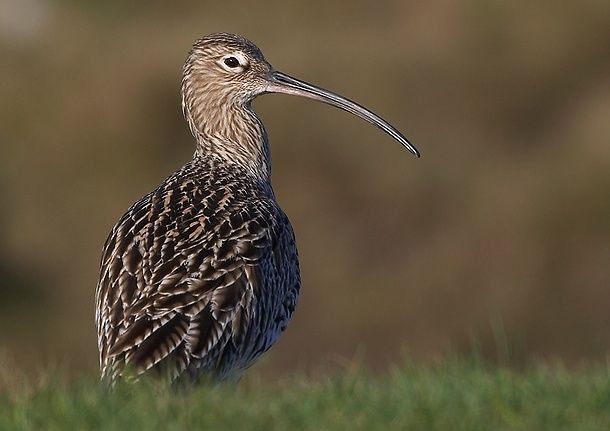 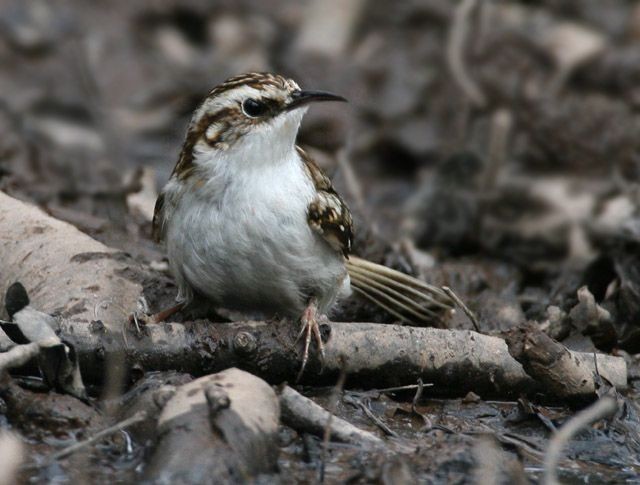