A warm southerly airflow produced sublime weather conditions across much of Britain and Ireland through the week and into the Easter weekend, giving plenty of reasons for birders across the isles to get outdoors and make the most of the sun and warmth after a preceding fortnight of cool and often windy weather.

One of the week's most noticeable features was the bumper arrival of Black Kites. The bank holiday weekend produced one of the bigger influxes of recent years, with more than 31 reports gracing BirdGuides news pages. No fewer than nine English counties had birds, with one in Ireland – at Knockadoon Head, Co Cork. Among these were just the fourth record for Cheshire and Wirral, and the first for Northumberland since 2014. 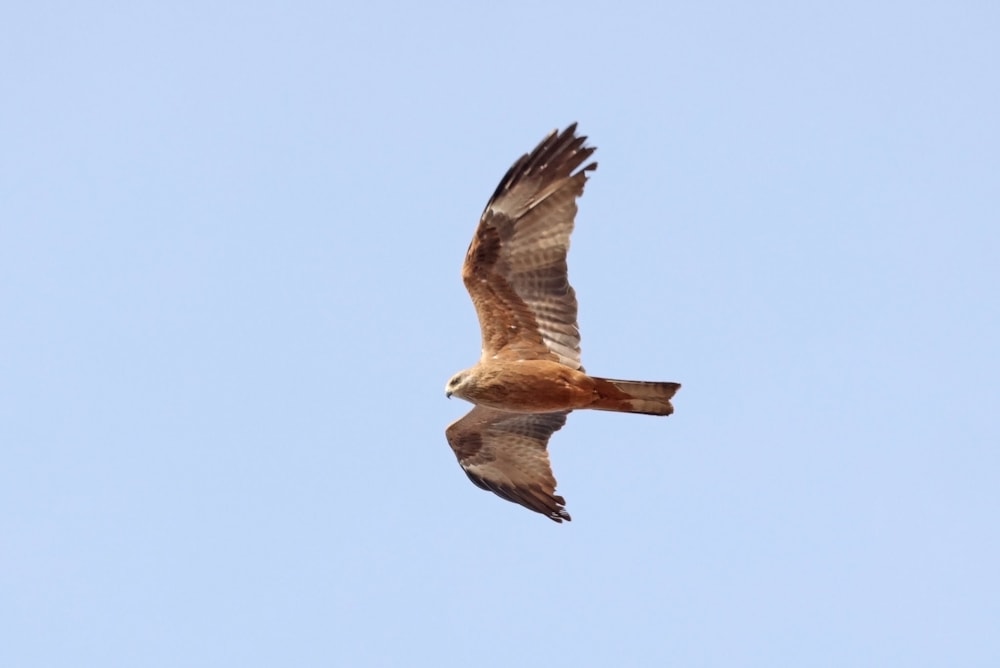 A quintessential spring week in Scilly saw an impressive pair of European rarities found: an Iberian Wagtail at Little Porth, St Mary's, from 13-16th was topped by a Eurasian Crag Martin on Bryher on 17-18th – the archipelago's first. It is the second Scillonian record of Iberian Wagtail (after one on St Agnes in 2018), with just two accepted records from elsewhere in Britain since the first at Filey, North Yorkshire, in 2015. Crag Martin, meanwhile, has been recorded in Britain on 15 previous occasions, although only a handful of those have proven to be twitchable. 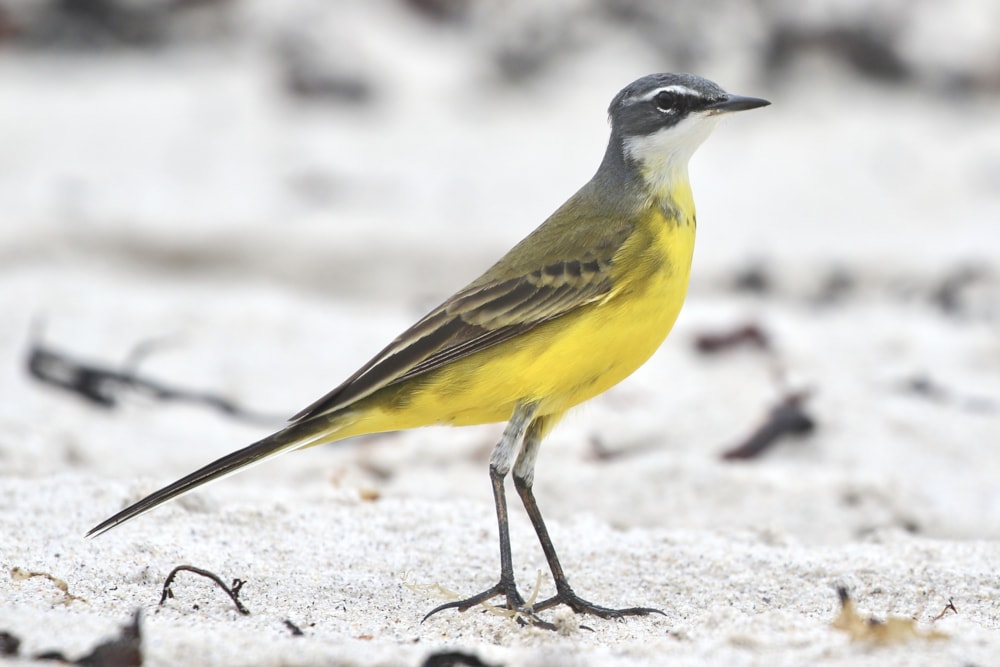 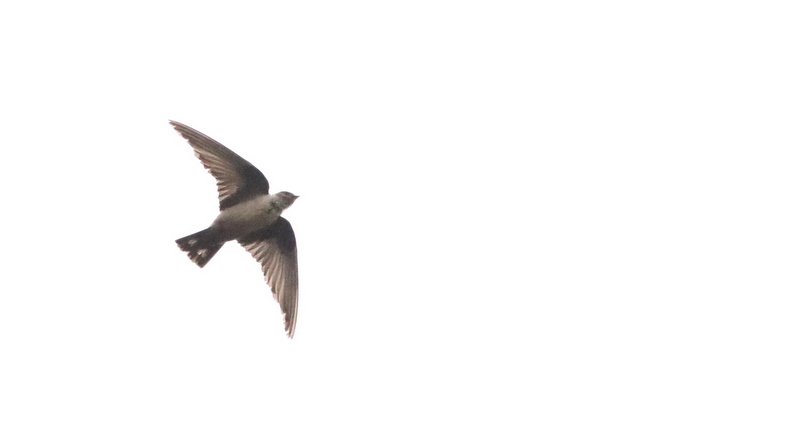 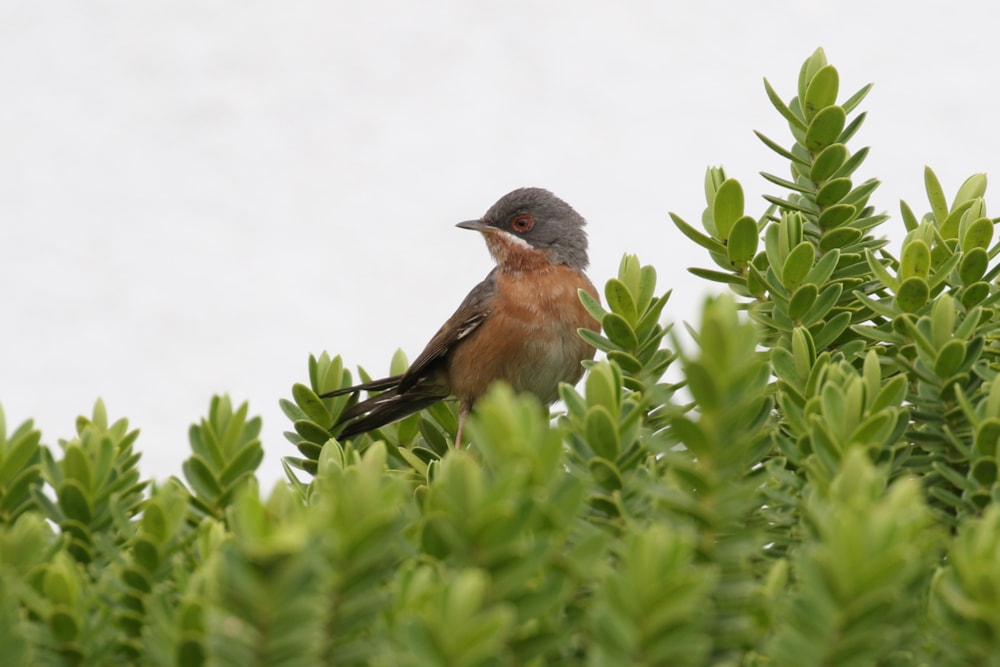 The Black-browed Albatross disappointed plenty of visitors to Bempton Cliffs RSPB, East Yorkshire, over the Easter weekend, disappearing early Saturday morning and not returning until late Monday evening. A booby prize for someone: a probable Great Spotted Cuckoo flew in off the sea there on 17th. 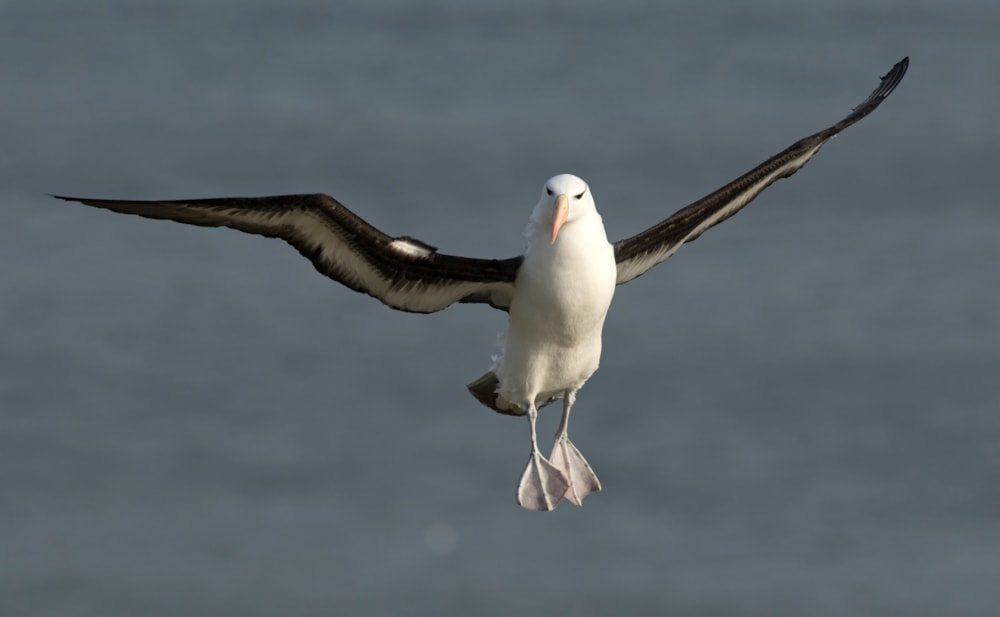 Co Leitrim's Double-crested Cormorant was finally seen at Lough Gill on 16th, having repeatedly been seen flying off that way ever since it was found early in the year, with the Belted Kingfisher remaining along the River Ribble at Roach Bridge, Lancashire, throughout. Please note that there will be no access to the viewing field at the kingfisher site after Thursday. A surprise April record of Red-breasted Flycatcher was enjoyed at Dungeness, Kent, on 13th. 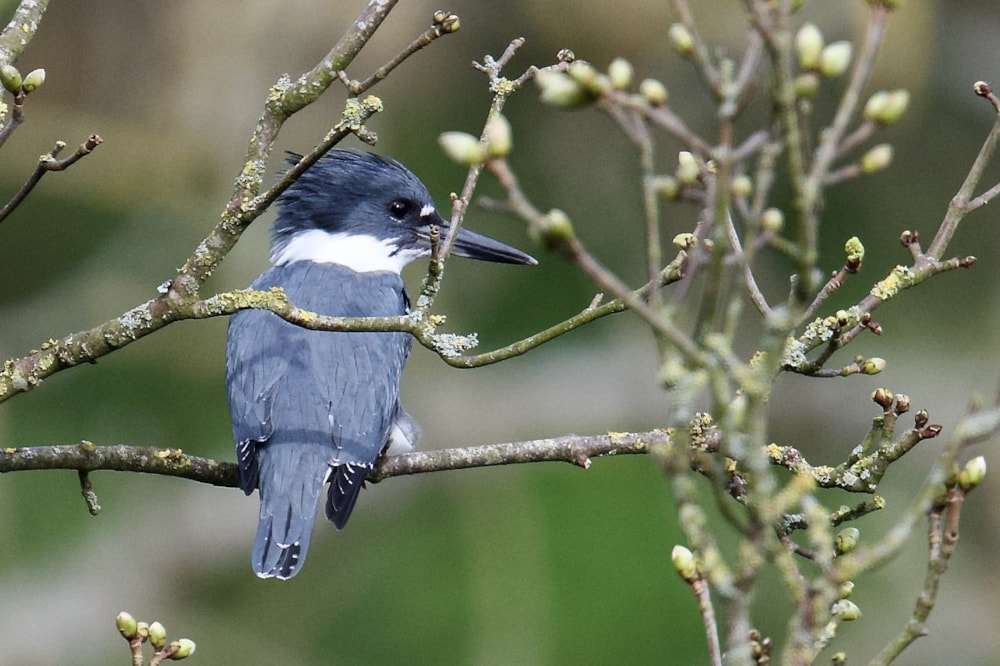 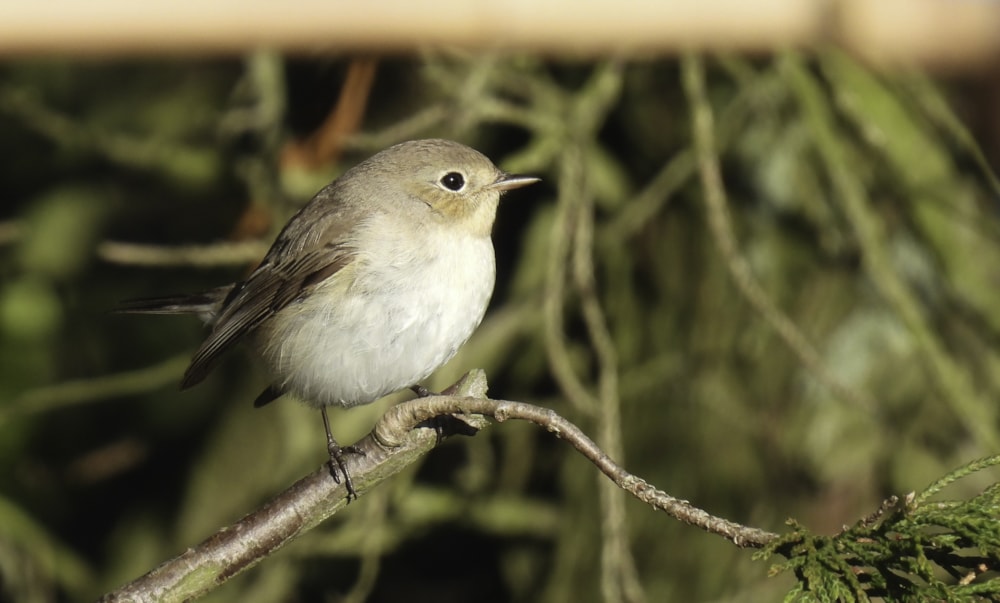 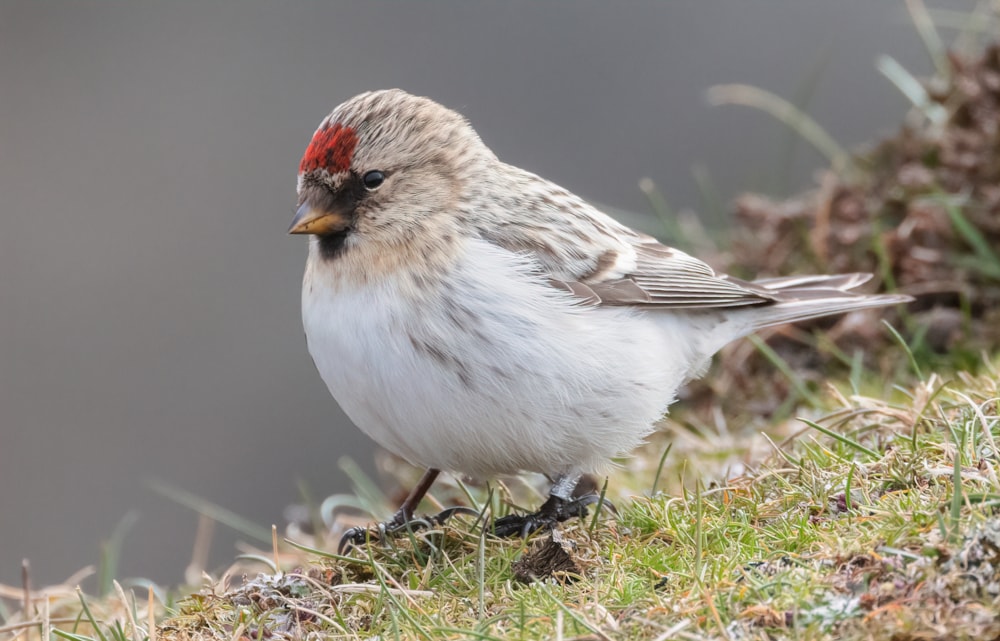 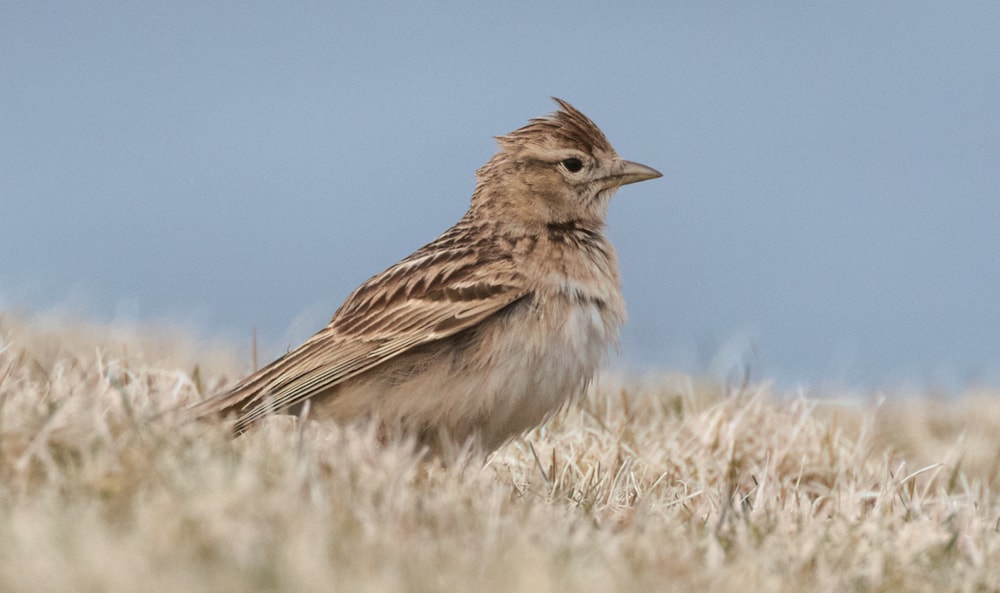 Away from the south coast (and Fair Isle), Hoopoes were at Grimston, East Yorkshire, Saltburn, Cleveland, Penmon Point, Anglesey, and Port Logan, Dumfries & Galloway, with examples at 26 sites in total. Four flyover European Serins were recorded (in Kent, West Sussex, Isle of Wight and Hampshire) and an Ortolan Bunting flew east over Climping, West Sussex, on 18th. The first Wryneck of the year was at Toe Head, Co Cork, on 12th. 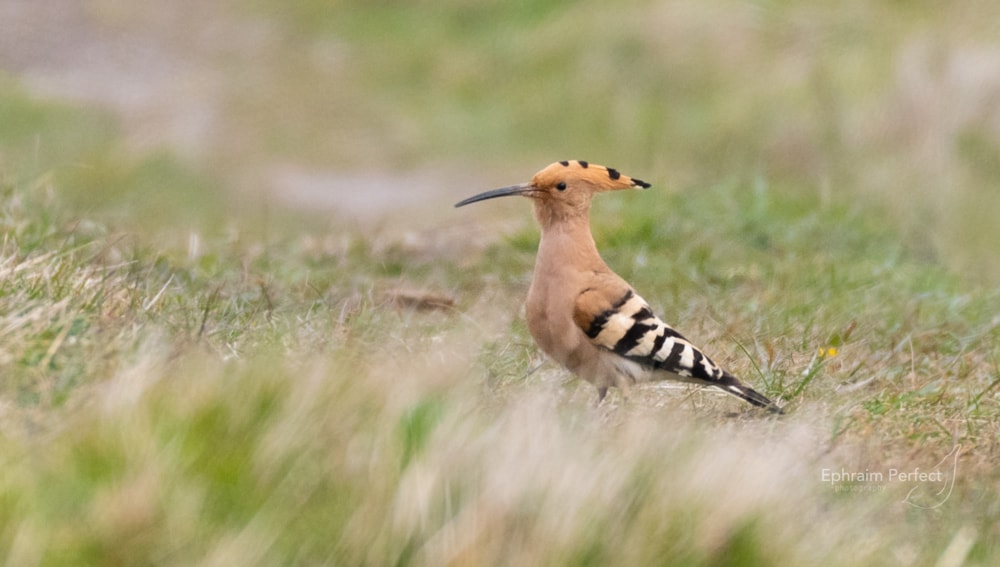 Red-rumped Swallows in North Yorkshire, Cleveland and Northumberland likely referred to one or two wandering birds, with another over Tresco, Scilly. Alpine Swifts flew over Gwent, East Sussex, East Yorkshire and Co Waterford.

A rare Irish Woodchat Shrike was on Great Saltee, Co Wexford, with others at Windmill Farm, Cornwall, and Tresco, Scilly. Hanging on from the winter were five Great Grey Shrikes, including two new migrants along the Northumberland coast. 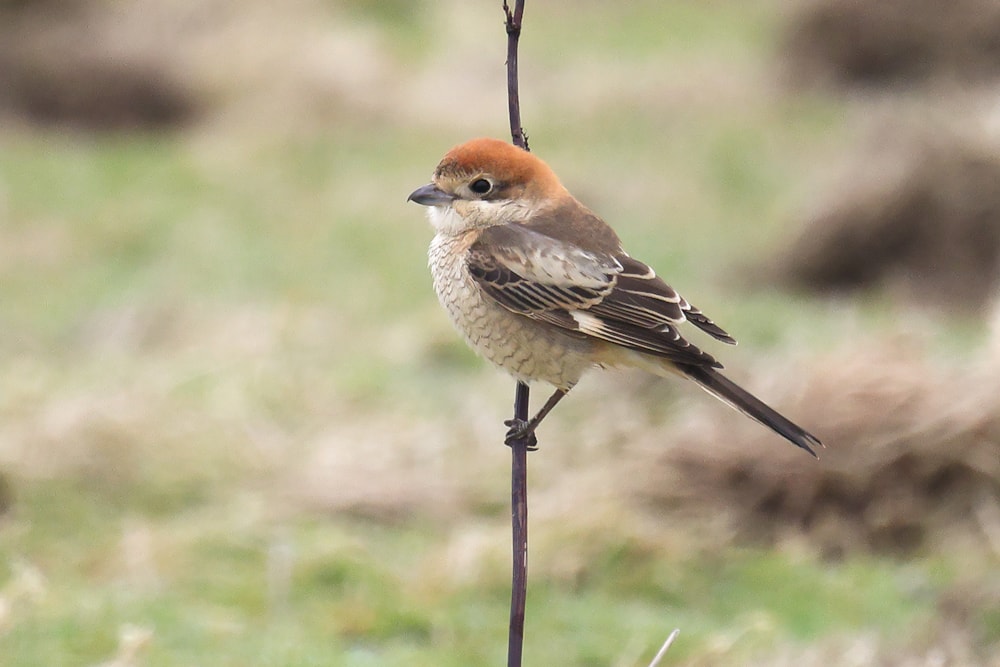 A calling Iberian Chiffchaff was trapped and ringed at Hoylake, Cheshire, on 11th, with one reported singing at Barrow-in-Furness, Cumbria, on 14th. Hume's Leaf Warblers held on at St Margaret's at Cliffe, Kent, and Eastbourne, East Sussex and Dusky Warblers were at Stiffkey, Norfolk, and Walthamstow Marsh, London. Bedfordshire's second Richard's Pipit was at Brogborough landfill site from 17th, a single Shore Lark continued at Holkham Gap, Norfolk, until 12th, and a possible Black-headed Wagtail was reported at Gwenter, Cornwall. Two Little Buntings at Trevean, Cornwall, included a singing male; a total of no fewer than 25 Hawfinches across Shetland on 14th was the archipelago's record spring day count. 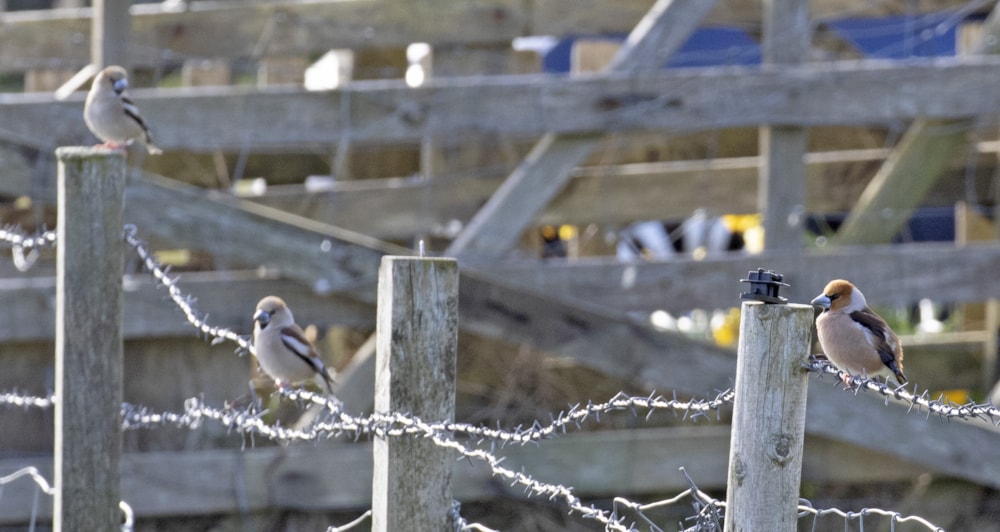 Golden Eagles from the South of Scotland reintroduction scheme were tracked over Haweswater, Cumbria (two), and Upper Teesdale, Durham.

Some day’s are better than others, 🤠 This was last Wednesday 🤩 pic.twitter.com/lyYyzm2CdQ 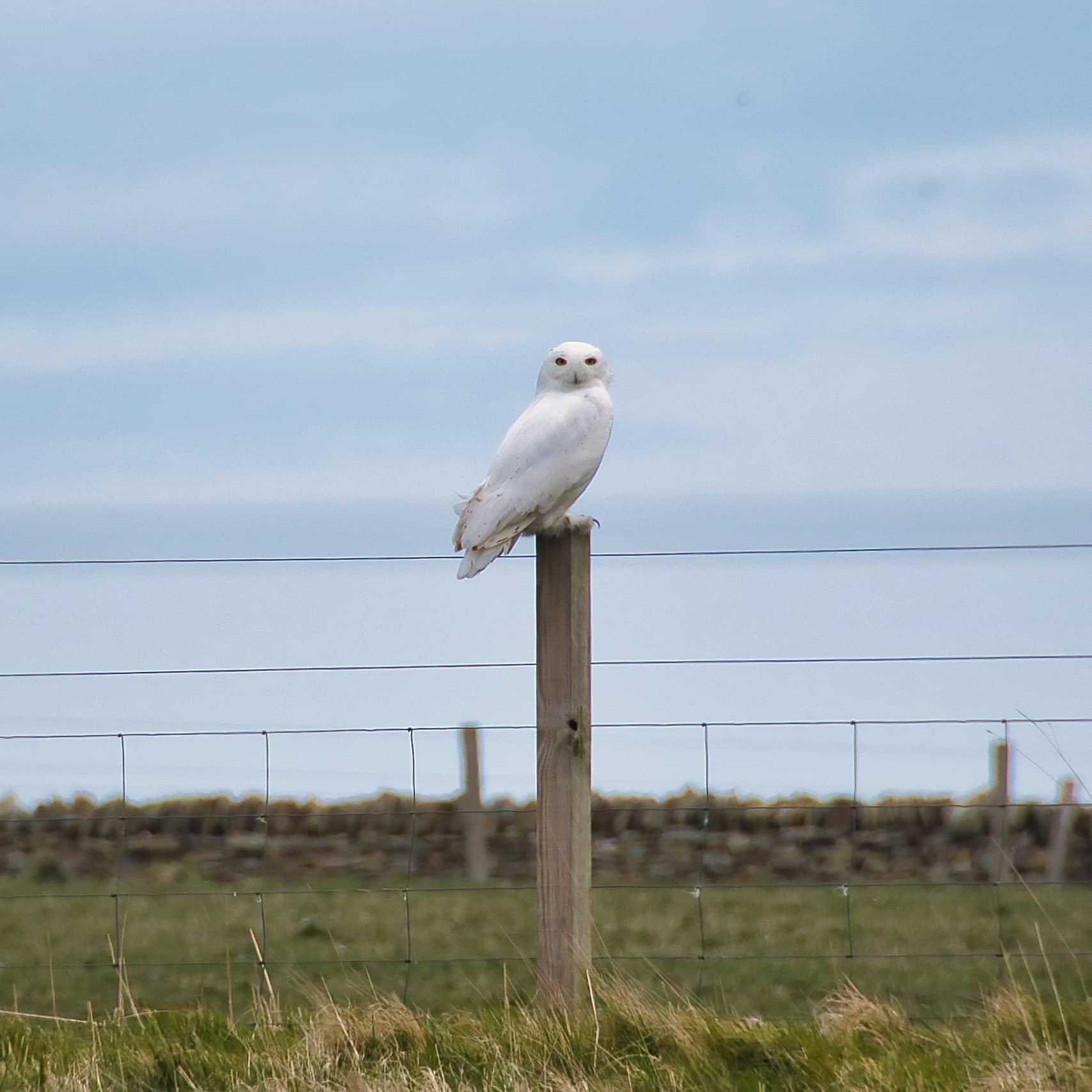 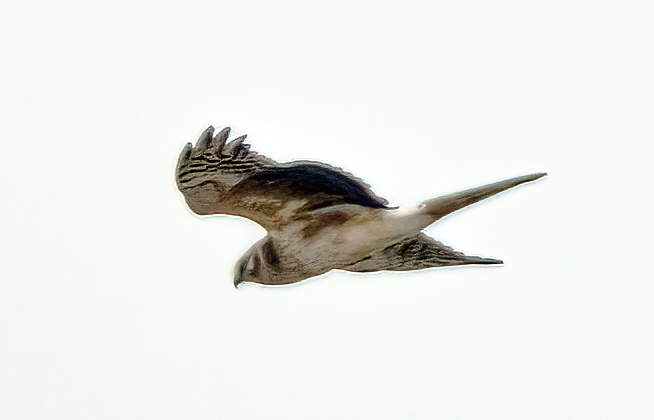 A surprise adult Black-crowned Night Heron was perched on a roadbridge at Alnmouth, Northumberland, late on 13th. Another was at Nanjizal Valley, Cornwall, on 16th. Purple Herons visited Ham Wall RSPB, Somerset, and Stodmarsh NNR, Kent.

White Storks were reported as far north as Aberdeenshire, while a bumper flock of 24 toured Essex and Kent, and unringed birds were in Kent, Essex and Cambridgshire. Glossy Ibis were reported 140 times; Spotted Crakes were split between North Ronaldsay, Orkney, Exminster Marshes RSPB, Devon, and Wheldrake Ings, North Yorkshire. A delightful male Kentish Plover proved a brief visitor to Cley Marshes, Norfolk, on 12th, with a Pacific Golden Plover at Carlton Marshes, Suffolk, also lingering. A male Black-winged Stilt at Llanelli Wetland Centre WWT was just the second for Carmarthen after a two-day bird at Coed Bach in September 2006. One-day birds were at Cors Ddyga RSPB, Anglesey, and Marshside RSPB, Lancashire. 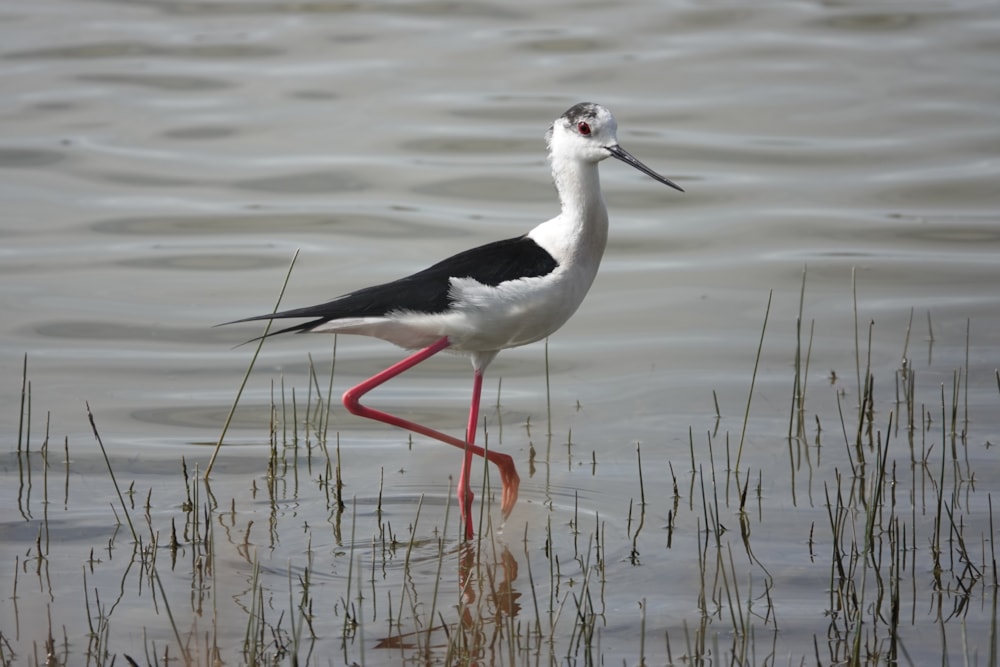 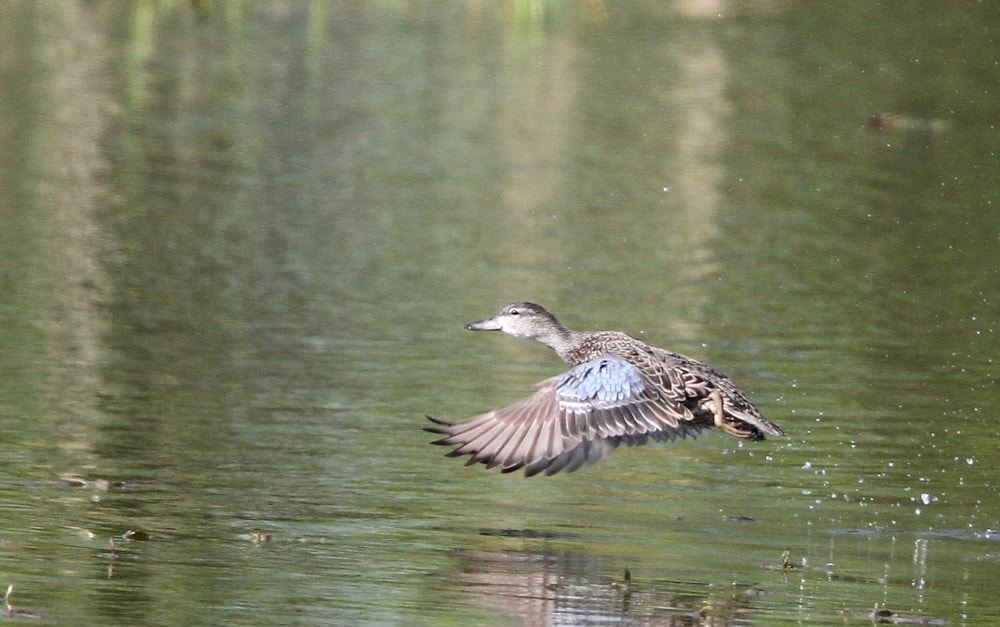 North Yorkshire was treated to a drake Ferruginous Duck at Staveley YWT on 16th. A pair of Lesser Scaup at Tucklesholme Quarry, Staffordshire, on 18th came as a surprise to county listers, with males at Chew Valley Lake, Somerset, and Abberton Reservoir, Essex, plus the pair at Coatbridge, Clyde (seen mating this week), and two still on South Uist, Outer Hebrides. Aythya were clearly on the move this week, with nine new Ring-necked Duck recorded. 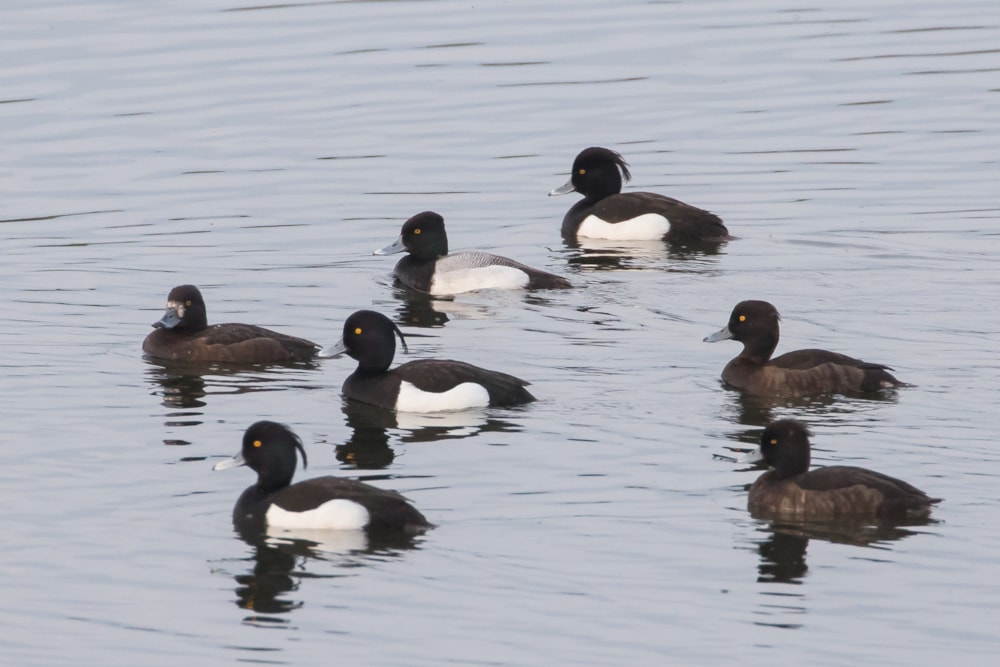 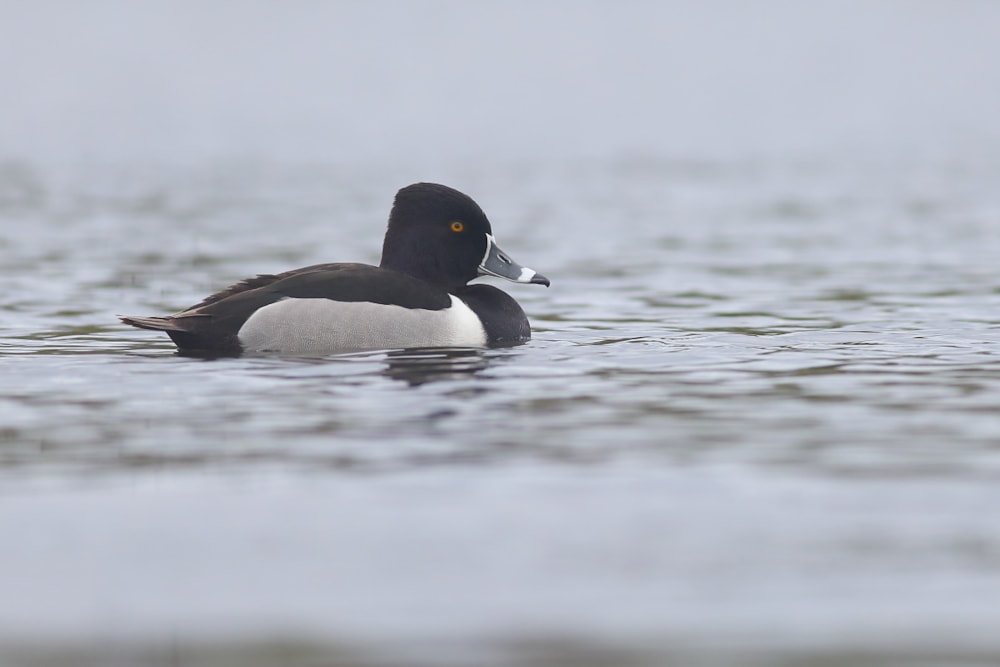 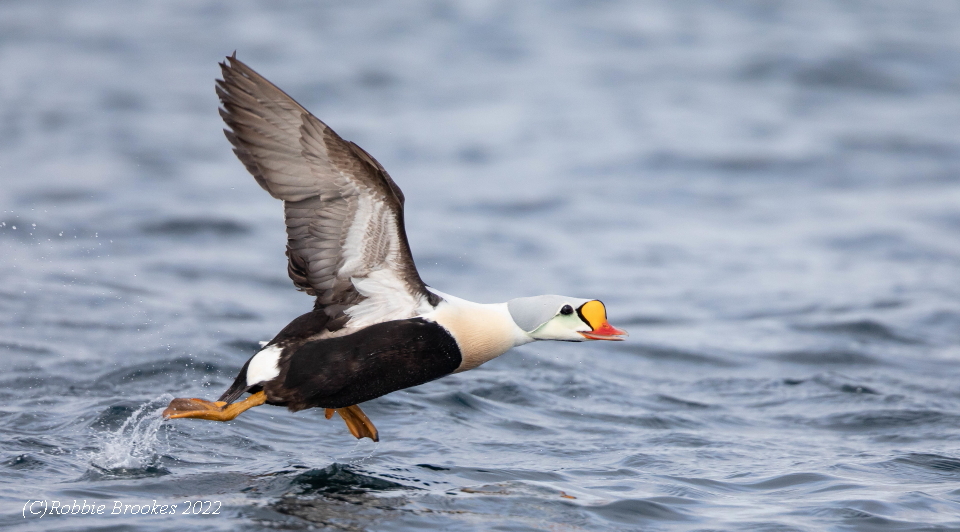 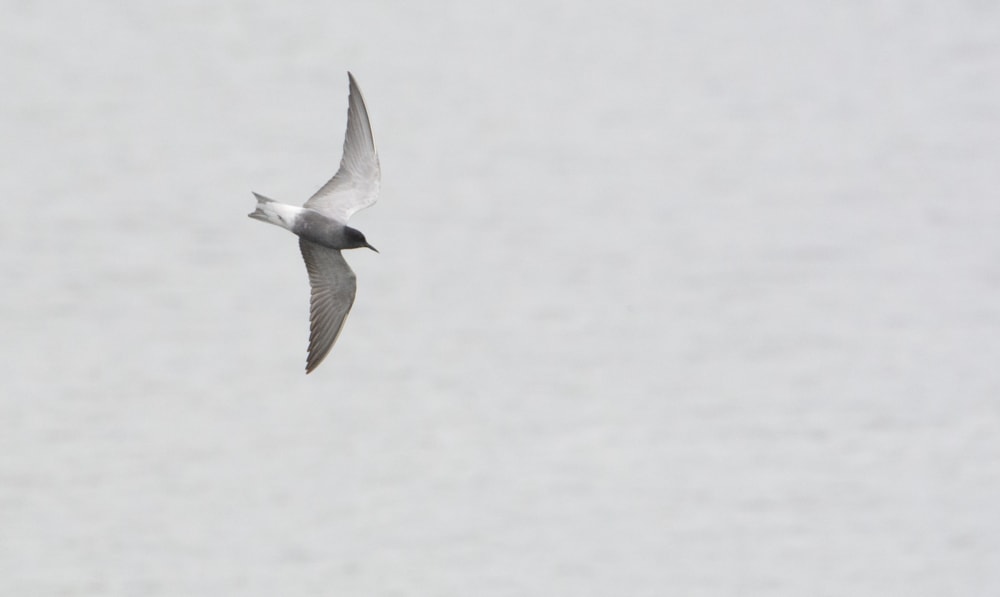 A bumper Turkish week saw an immature Bateleur over Sinop on 13th – the nation's second – overshadowed by belated news of a putative Black-headed Penduline Tit trapped and ringed at Aras on 6th, a potential national and Western Palearctic first.

On Spain's Biscay coast, a Greater Sand Plover proved a treat at San Juan de la Arena, with an adult Franklin's Gull at nearby Avilés. Elsewhere, the Black-and-white Warbler continued at Sant Joan de Mediona and a Cream-coloured Courser was at Águilas. 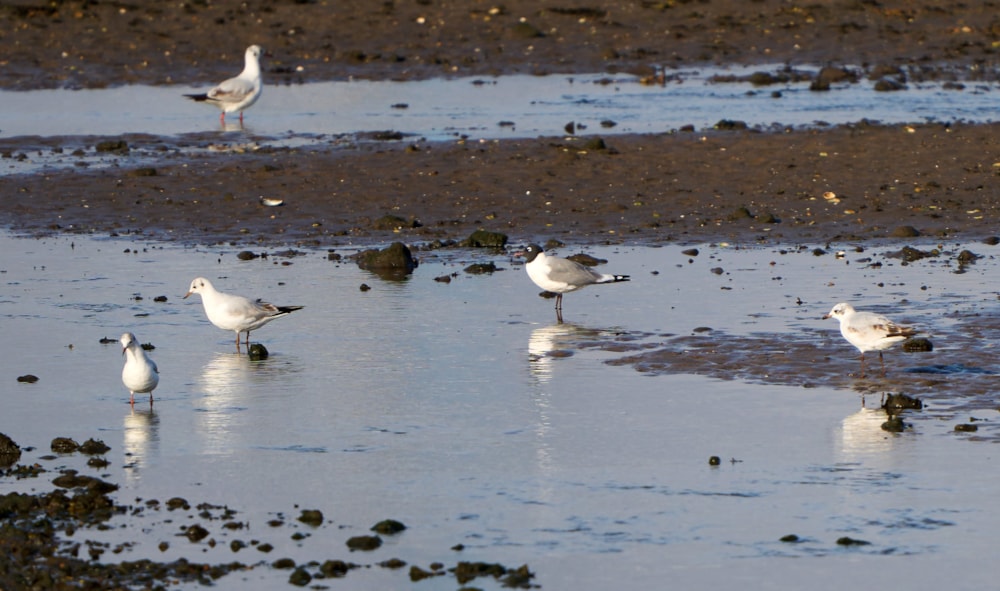 A Red-footed Booby photographed off Isola d'Ischia on 9th was Italy's first. Two Lesser Flamingoes were at Saintes-Maries-de-la-Mer, France, with a Black Scoter off Pobierowo, Poland, and a Black-winged Kite over Skagen, Denmark. In Sweden, the Siberian Rubythroat at Vargön and Stejneger's Scoter at Mellbystrand both remained

Slovenia's first Semicollared Flycatcher at Ljubijana was followed by the nation's first Long-billed Dowitcher at Ormož. Latvia's first Ring-necked Duck was at Sātiņi too.

The Netherlands saw a lingering Baikal Teal and Western Swamphen alongside a new Pygmy Cormorant at Dwingelderveld, with the Belgian Falcated Duck still at Snellegem.