Another rare inland passerine was one of the highlights this week in the form of a Little Bunting at Caunsall (Worcestershire) from 14th. Following hot on the heels of the recent Pine Bunting in the same county, one wonders how many more rare buntings are lurking in setaside fields throughout the country. Elsewhere attention was focused around the coastline with a Black-browed Albatross past South Stack (Anglesey) on 12th and amazingly another reported past Hopton (Norfolk) 2 days later. In Aberdeenshire the Ross's Gull remained at Peterhead to at least 14th, as did the Bonaparte's Gull at Fraserburgh to 11th, with another adult briefly at Helston (Cornwall) on 11th.

A party of 3 drake Eider showing characteristics of the Nearctic race borealis were an excellent find at Rossnowlagh Beach (Donegal) on 16th. An immature White-tailed Eagle seen briefly on the Lincolnshire coast near Mablethorpe on 11th was presumably the bird previously seen in Norfolk, Cambridgeshire, Shropshire and Derbyshire, but where was it in between? White-phase Gyr Falcons continued to island hop being seen on the Shetland Mainland on 12th and Unst on 15th with another seen to take a Little Auk at sea approx 50 miles west of the Shetlands on 11th. The American Coot was still at Loch of Benston (Shetland) on 14th and the Short-billed Dowitcher was seen again at Bull Island (Dublin) on 13th.

Many long-staying favorites were still around, including the Cattle Egret at Kingston Seymour (Somerset), Lesser Yellowlegs at Stiffkey (Norfolk), Richard's Pipit at Kinmel Bay (Conwy), Dusky Warbler at Kessingland (Suffolk), Pallas's Warbler at Crossley (Cheshire) and the Arctic Redpoll at Titchwell RSPB (Norfolk). In Co. Galway the Forster's Tern remained in the area around Nimmo's Pier.

A new Snow Goose appeared at Landerberry (Aberdeenshire) on 11th while others remained at Loch Crinan (Argyle) and Holkham (Norfolk). At least 9 or 10 Black Brants were still along the coast from Hampshire to Norfolk including 3 adults together at Harty Ferry (Kent) on 16th with another at North Slob (Wexford). King Eiders were still at Loch Ryan (Dumfries and Galloway) and Peterhead (Aberdeenshire) while the only Surf Scoter reported during the week was at Ruddon's Point (Fife). Black Ducks were still present at Achill Island (Mayo) and Tresco (Scilly). There were still at least 12 Green-winged Teal, 3 long-staying American Wigeon at Wick and Redcastle, both (Highland) and Hayle Estuary (Cornwall) and 6 Ring-necked Ducks. The Black Scoter remained at Llanfairfechan (Conwy), as did Lesser Scaup in East Sussex, Fermanagh and Armargh and the female Ferruginous Duck in Bedfordshire.

White-winged gull numbers remained high with up to 7 Kumlien's Gulls reported during the week including 2 together in Stornoway Harbour (Outer Hebrides) on 13th and maxima of 25+ Iceland Gulls at Killybegs (Donegal) on 16th and 10 Glaucous Gulls at Smerclate, South Uist (Outer Hebrides) on 15th. 22 Ring-billed Gulls were reported of which not surprisingly 16 were in Ireland, including 4 adults at Belfast Harbour RSPB on 13th. At least 13 Great Grey Shrikes were reported and up to 6 Siberian Chiffchaffs continued to create debate amongst visiting birders. 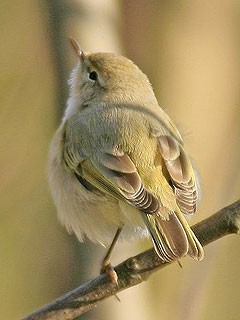 The current trend of unseasonable winter records continued with the Lesser Whitethroat still present at Bridgend (Glamorgan) and another at Lower Farm GPs (Essex) on 12th. There was a Garden Warbler at Stocker's Lake (Hertfordshire) on 12th and a wintering Willow Warbler at Misson (Nottinghamshire). The intriguing appearance of another Willow Warbler on the migrant hotspot of Cape Clear (Cork) on 16th was surely a sign that spring is just around the corner.