Renewed efforts to save Hispaniolan parrots

In 1492, Christopher Columbus set foot on what is now the Dominican Republic, two-thirds of the Caribbean island of Hispaniola. At that time the island's forests, other natural areas and biological richness were largely intact, but the progressive expansion of colonial settlement pushed nature into retreat. Today, the native fauna and flora of the Dominican Republic is best found in its protected areas or inland mountains, well away from the white-sand beach resorts and other bustling holiday hot-spots. Like many endemic species, Hispaniolan Amazon and Hispaniolan Parakeet have declined to the extent that they are both listed in the IUCN Red List as Vulnerable to extinction.

To help in the protection of these two species, Loro Parque Fundación supported action by the Hispaniolan Ornithological Society (SOH) carried out in the Sierra de Bahoruco Mountain Range in the south-west of the country in the mid-2000s. These mountains include a national park, which SOH included in its research on the ecological needs of the psittacines, particularly to determine nesting success and survival rates, the distribution and abundance of the populations, and the documenting of current threats. Arising from the information it collected, especially regarding the removal of chicks from nests to sell to the domestic pet market, SOH made recommendations for the conservation of both species in the Sierra de Bahorucos. However, despite the great biological importance of Bahorucos as a centre of insular endemism, the countrywide situation of both psittacines demands a broader response. The estimated total population of Hispaniolan Amazon is between 6,000 and 15,000 mature individuals, with Hispaniolan Parakeet even rarer at between 1,500 and 7,000 mature individuals. Both populations are still declining. 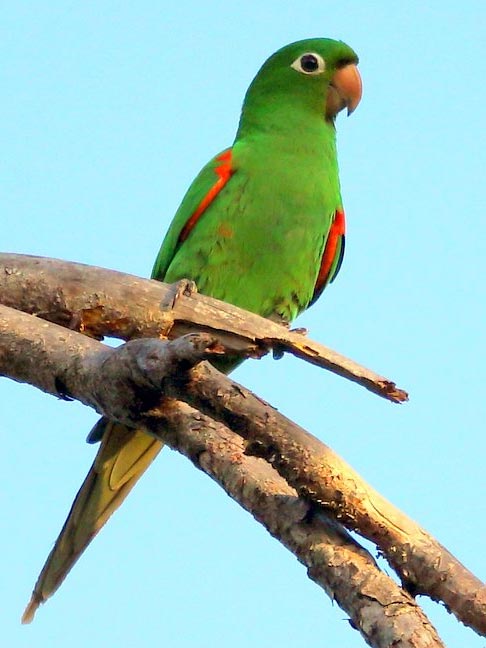 Hispaniolan Parakeet may number as few as 1,500 mature individuals in the wild (A Riley).

Loro Parque Fundación is now supporting a project with countrywide scope which addresses many of the conservation and research actions recommended by BirdLife International for the amazon and parakeet, as well as the endemic Hispaniolan Trogon. The trogon is included because it also nests in holes in large trees in the same forest habitats as the psittacines, and is similarly susceptible to the selective removal of large trees from the habitat, and the nest-holes quickly become known to poachers and hunters. The project intends to determine the precise distribution and habitat associations of the three species and the threats they face at a local and national level. Population sizes and densities will be calculated for all seven key protected areas in the Dominican Republic and also in areas outside of formal protection. An accurate countrywide measure of parrot ownership as well as turnover of wild-caught parrots are two additional objectives. 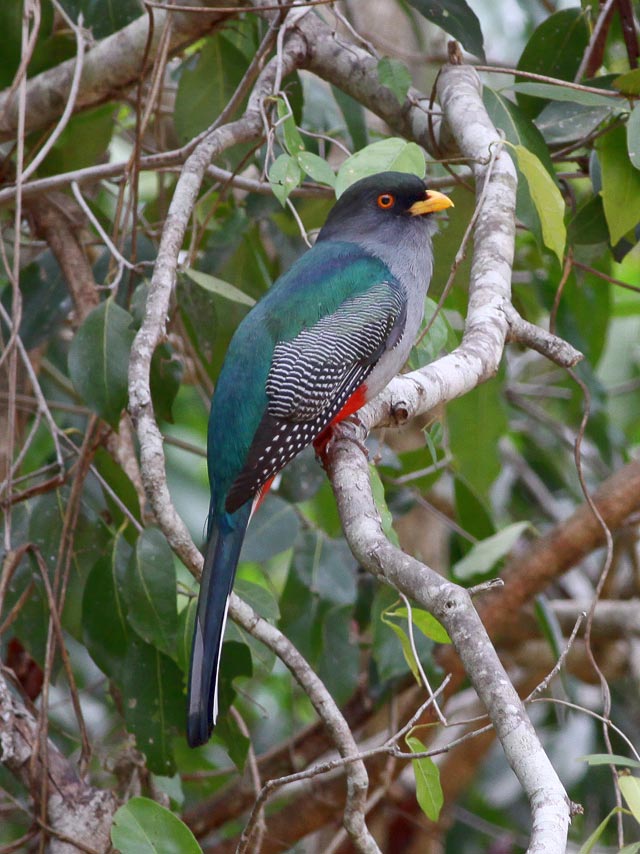 The project is in collaboration with British-based Professor Stuart Marsden of Manchester Metropolitan University, Dr Matt Geary of the University of Chester and Dr Nigel Collar of BirdLife International, and Dr Yolanda León of Grupo Jaragua, the BirdLife partner in Dominican Republic. Andrea Thomen, a native Dominican who is currently Grupo Jaragua's Project Manager, is doing the heavy lifting of the project as the work will constitute the basis of her doctoral thesis. Of importance is that the project dovetails very well with the work-plan of Grupo Jaragua, and the results will feed directly into the organisation's conservation advocacy and management work across the country.

Project work started in 2018 and data are still accumulating, but some general points can be made at this early stage. One is confirmation of the extensive loss of forest in all areas away from the very dry forests of the lowlands and the montane areas (such as Sierra de Bahorucos). Another is that the extent of parrot ownership in the country's cities and towns continues at a high level, and that Hispaniolan Parakeet is rare across the entire country but in contrast is common in Santo Domingo, the capital city. Perhaps more than 500 Hispaniolan Parakeets, and a few Hispaniolan Amazons, will arrive from various green spaces across the city to roost in trees in a hotel district. 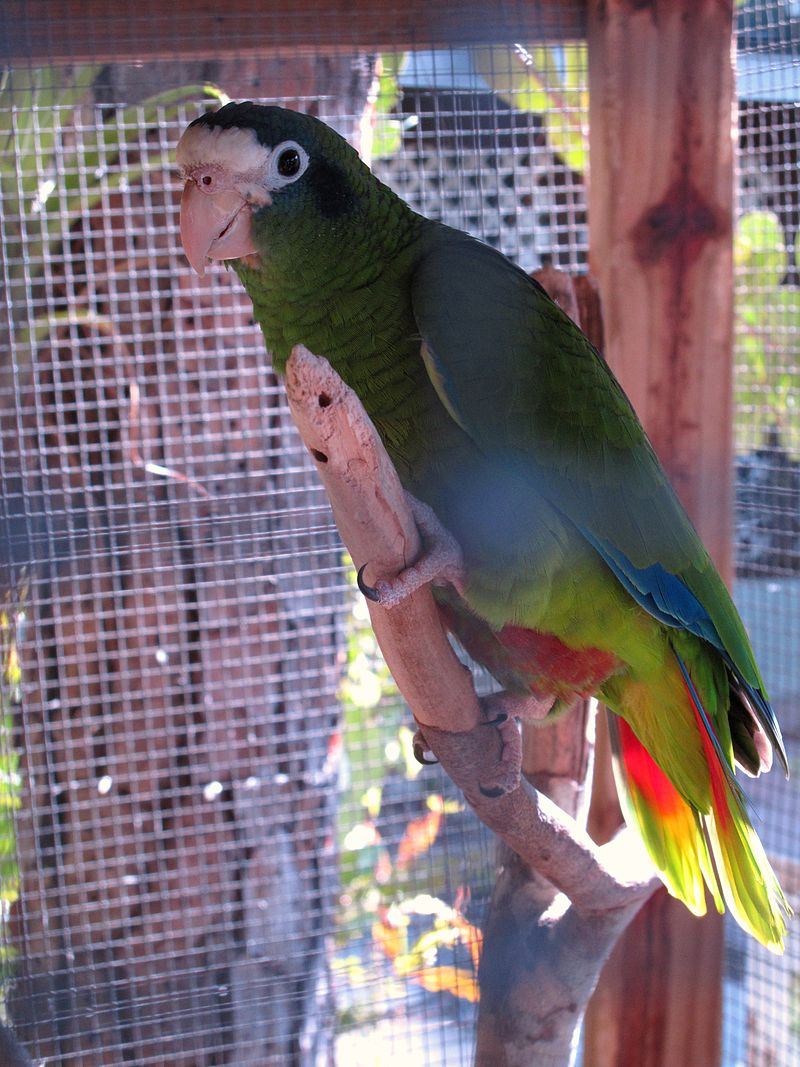 Hispaniolan Amazon is a depressingly common sight in captivity in the towns and cities of Dominican Republic (Patrick Hawks/commons.wikimedia.org).

Reasonable numbers of the parrots are still recorded in the Sierra de Bahoruco National Park, both in the mixed pine/broadleaf forests and in fragments of cloudforest at higher altitude. However, the pressure from parrot trappers remains intense, and the poorly paid park guards have problems to intervene. A similar situation holds in the forest of the lowland Jaragua National Park, where trappers removed 150 chicks in 2017. In the past, it was normal to remove the chicks just prior to fledging, but now there seems to be so much competition that young birds are being taken from nests earlier and earlier to ensure others don't get to them first. Private reserves are different and one, the Ebano Verde Reserve with no encroachment and proper control of trapping, is an example of the contrast with the state-run parks.

The project continues at full speed to produce a blue-print for the survival of both parrots.