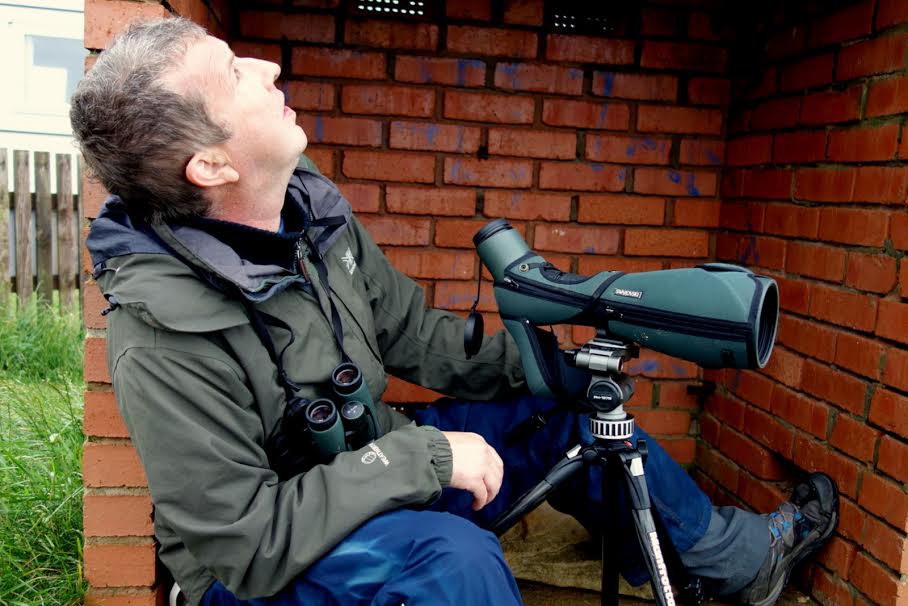 "Tigger" was the first word in the Chris McGuigan's eulogy to Jimmy Steele, who died recently at the age of 55 from an aggressive brain tumour, and this word, with its images of inexhaustible energy and joi-de-vivre, sums up Jimmy perfectly. His infectious enthusiasm for birding and boundless good humour meant he was liked by everyone who met him. If you combine this with a happy knack of finding and identifying rare birds, a special ability to interpret large volumes of data and distil it into an easy-to-understand message, you soon realise that this exceptional man was a national treasure.

Born and raised in Edinburgh in the 1960s, he, like many birders of the time, developed his skills in birding with the local YOC which took him to Musselburgh, Aberlady Bay and sometimes further afield. He studied dentistry at Dundee where he helped form the Fife Bird Club, excelled at rarity finding (with Fife's first and third Siberian Stonechats and only Thrush Nightingale) and started his obsession for geese, especially vagrant 'Canadas'. Following a short spell in Glasgow, he and his wife Katie moved to Newcastle in 1989. It was there that he flourished as a charismatic teacher of dental students, an academic dentist of international renown and as a birder.

He rapidly fixed on Newbiggin-by-the-Sea as his local patch, changing birders' perceptions of it from a dodgy place along the Northumberland shore to one of the great rarity hot-spots of the east coast. Jimmy tells the story of this in his own eloquent way in "Discovering Newbiggin", published in Frontiers in Birding in 2008. Reading this you can not only sense Jimmy's passion for the place but also recognise his consummate skill as a communicator.

From Britain's first autumn Black-faced Bunting in October 1999, the rich seam of birds that Jimmy found or identified over the following decade stands comparison with anyone, anywhere. Britain's second 'tickable' Hooded Merganser, a Hume's Leaf Warbler that found its way onto every year-lister's tally for 2002, the 10th Iberian Chiffchaff in 2004, Franklin's Gull, Fea's Petrel, Pacific Golden Plover and Pallas's Grasshopper Warbler featured among a host of lesser rarities. Not only did Jimmy work Newbiggin hard, but his track record inspired a cohort of other birders to do the same – and the results are there for all to see.

However, he wasn't just about Newbiggin. At Fife Ness, he discovered a love for seawatching, honed it further in Northumberland and then exported it worldwide. He was also very much at home on the south-west coast of Ireland, where he and I had two Fea's-type Petrels in a single seawatch in 1994. His ability to interpret weather maps and predict seabird movements enabled him to re-write the status of several species of seabirds in Tenerife, Canary Islands, pioneering autumn coastal seawatching from the south-west of the island. He took his love of Canada and Cackling Geese worldwide. When invited to New Jersey by toothpaste manufacturer Colgate to advise them on dental health, he obsessively scoured the goose flocks for different sub-species and variation within the various taxa rather than spending spare time looking for other lifers.

Jimmy served on the Rarities Committee for nine years until 2006 and, more recently, on the British Ornithologists' Union Records Committee. During this time he helped the committees manage some of the most difficult modern-day records, including the Druridge Bay 'Slender-billed Curlew'. Although he was initially sceptical about the acceptability of this record, his research led him to believe that the data was sufficiently robust as to prove it was a Slender-billed Curlew beyond all reasonable doubt – a conclusion he still firmly believed at the time of his death. Subsequently the record has been overturned largely on the belief that the species is probably extinct, but this failed to take into account a specimen of a young bird from just a couple of years beforehand. It is testament to Jimmy's integrity that, as a member of the committee, he wrote the retraction paper with the same strength as the original ground-breaking article.

From 2009 his personal rarity-finding tally decreased slightly. He became Head of Newcastle University Dental School, wrote 'The Steele Review' of the state of dentistry in England and Wales – for which he was awarded a CBE – and also spent more time at the family's cottage at Newton-by-the-Sea, finding plenty of great birds there as well. However, all Northumberland's birders would say that his impact on the local scene did not decrease. Despite the remorseless progress of his disease, he continued birding in the course of which he became the only birder with both Pallas's Reed Bunting and Eastern Kingbird on his British list. 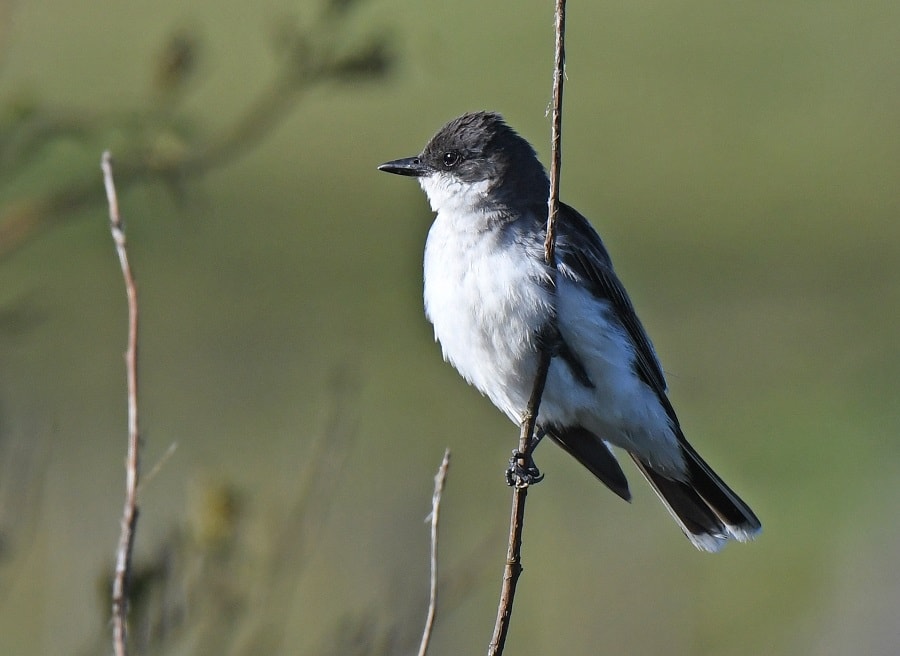 Despite his illness, Jimmy kept on birding and he was one of the first on the scene for the South Uist Eastern Kingbird (Angus Hogg).

His unfailing zeal and good humour affected everyone with whom he was associated. Who but Jimmy Steele could go some way to persuading the local council to set up Newbiggin as an ecotourism destination? There is now a Jimmy-shaped hole in Northumbrian birding and we will not see his like again. Our thoughts are with his wife Katie, children Tom and Jenny and his mum, Christelle.