A recently published report has documented that Red-footed Booby is breeding in Cape Verde, marking the first time that the seabird has been confirmed as nesting in the archipelago and wider Western Palearctic (WP).

The coastal cliffs between Porto Mosquito and Baía do Inferno, on the west coast of Santiago island, hold one of the largest colonies of Brown Booby in Cape Verde. Between November 2020 and April 2021, a team of scientists used drones to survey the colony and assess population size and phenology. On 20 April, two white-morph adult Red-footed Boobies were discovered perched on the cliffs there. As the drone approached, one of these flew off, while the other bird remained motionless on a nest-like structure made of plant material.

Then, on 23 April, drone photographs documented three adult (two white morph and one brown morph) and two immature Red-footed Boobies on the cliffs, using three nest-like structures. Crucially, a single egg was also documented, which was being incubated by one of the white-morph adults, thus confirming breeding in the archipelago beyond all doubt for the first time. 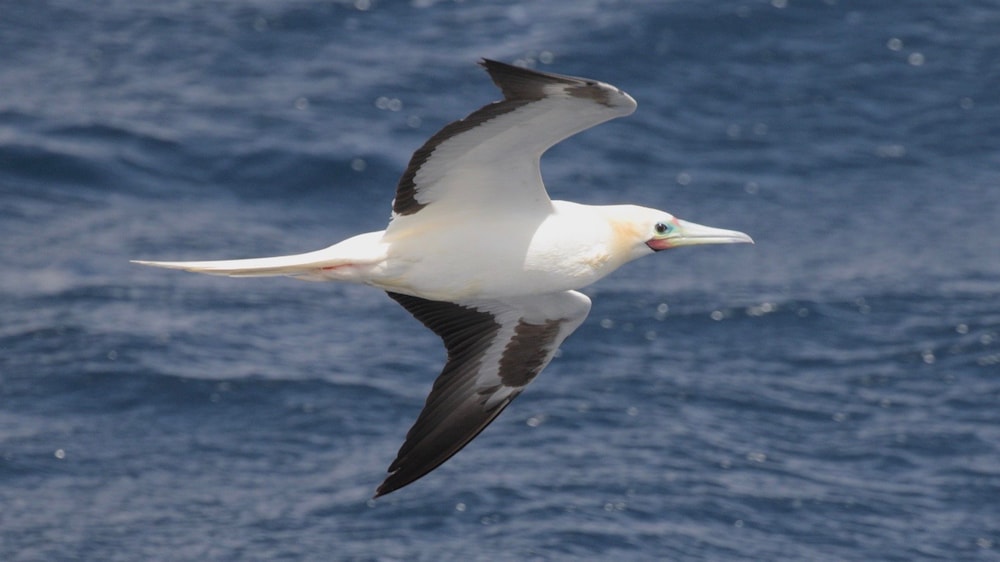 Previously a rare vagrant to Cape Verde, Red-footed Booby can now be found around the archipelago in significant numbers (Peter Stronach).

Traditionally a rare visitor to Cape Verde, there has been a clear increase in Red-footed Booby records over the past five years – before this there were only a handful of confirmed sightings. The species was first noted on the uninhabited islet of Raso in summer 2015 (two birds), with up to 17 present by October 2016. Though initially reported to be breeding, closer scrutiny of images taken showed the purported youngsters to be a mixture of brown-morph adults and immature (but not freshly fledged) birds, and the claim was withdrawn.

Totals have continued to build on Raso, with up to 40 or more present in late September 2017, and nowadays up to 130 birds counted there between June and October (but generally not outside these months). The researchers note that the appearance of Red-footed Boobies at Baía do Inferno sits outside the typical period in which the species is observed in numbers on Raso, and recommend that further seabird colonies around the archipelago should be scrutinised for evidence of the new coloniser.