Red-billed Leiothrix on the rise in Europe

A new study has highlighted the rapid increase in introduced Red-billed Leiothrix populations across Europe.

Researchers found that the species has been recorded in 37 geographically separate regions within 10 countries across the continent, and that its distribution range doubled between the periods of 2000-2008 and 2009-2017, with this rise due to suitable climatic conditions and land use. It has already established viable populations in France, Italy, Spain, and Portugal. It is now considered one of the most abundant species at some localities in Italy and Spain. 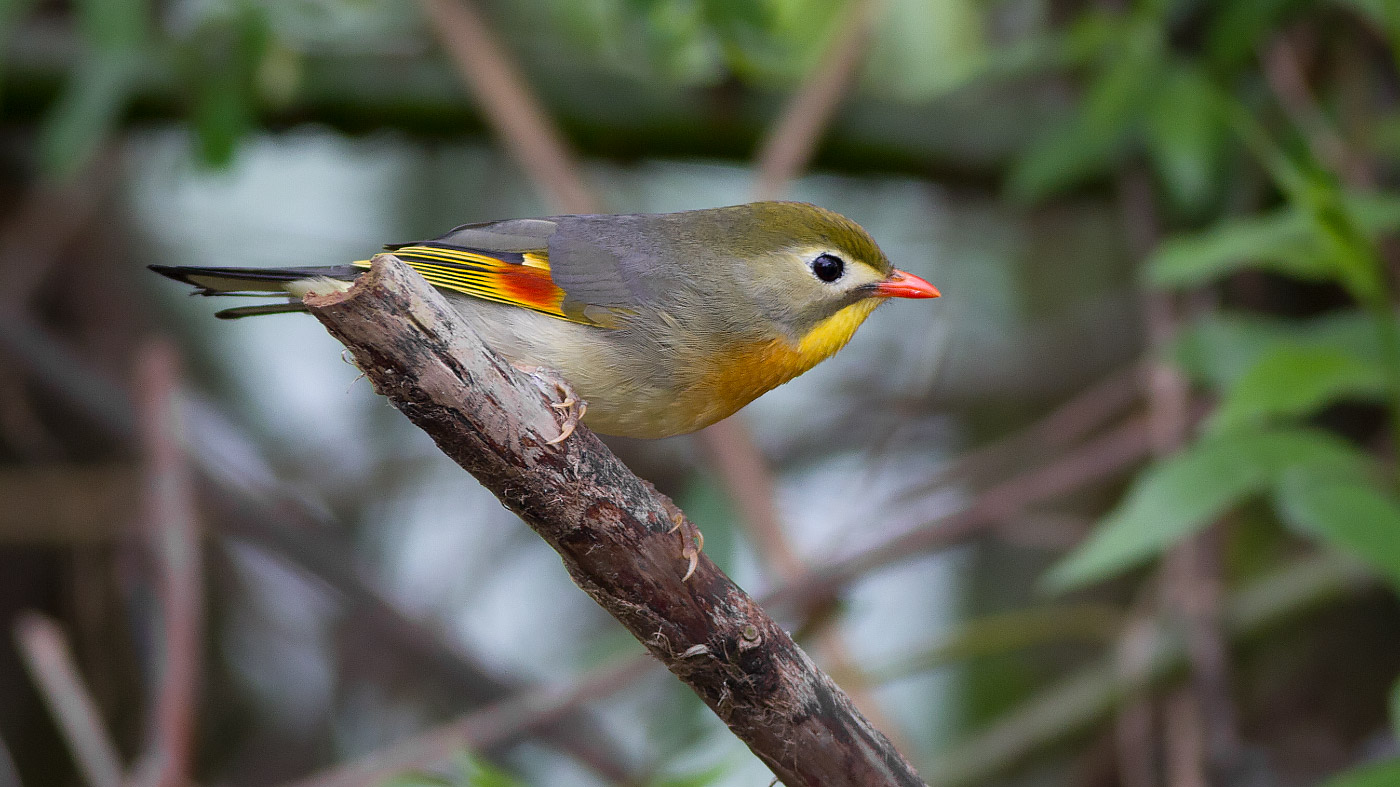 Red-billed Leiothrix is now quite common in some areas of Portugal, Spain, France and Italy – this bird was photographed in the latter at Lucca, Tuscany (Josh Jones).

Historically, two main introduction periods of the species to Europe were identified: in the late 19th and late 20th centuries respectively. However, since 1997, when wild bird trade become much more regulated, the numbers being imported from its native range of southern China and the Himalayas rapidly decreased.

Given that the decrease in importation has occurred alongside the recent observed increases in European distribution range, the latter are considered to be related to the natural dispersal of individuals from populations of wild-breeding leiothrix, rather than be the result of further introductions.

Analysing climatic conditions across Europe using models, the team identified that there are still plenty of climatically suitable areas in which Red-billed Leiothrix is not currently present but could easily spread into in light of its rapid upturn over the past two decades – notably the Atlantic coast of north-west Spain, much of the southern half of France and northern Italy.

However, dry summer conditions (such as those in the Central Iberian Peninsula) or severe winters (such as in Northern and Eastern Europe) mean areas with either of these climatic traits are unlikely to facilitate the species in the future.

The researchers highlight that the high invasive potential of Red-billed Leiothrix, as well as its possible impacts on ecosystems, economy and health, should not be underestimated moving forwards. It prefers habitats with high humidity levels and is a host of avian malaria in other regions of the world. In Europe, therefore, it could be highly exposed to other mosquito-borne viral diseases, such as West Nile Virus.

Furthermore, impacts on native biodiversity and fruit production (leiothrix are partially frugivorous) are a possibility if population increases continue.

With these potential consequences of Red-billed Leiothrix on ecosystems, economy and health in mind, the team concludes that the species should be of concern for the years to come and merits further study to establish any ramifications in greater detail.