Central Africa's Albertine Rift region is a biodiversity hotspot consisting of a system of highlands that spans six countries. Recent studies demonstrated that the population of sooty bush-shrikes occupying the region's mid-elevation forests was a distinct species, and new research from The Condor: Ornithological Applications reveals that this recently discovered species may already be endangered due to pressure from agricultural development. 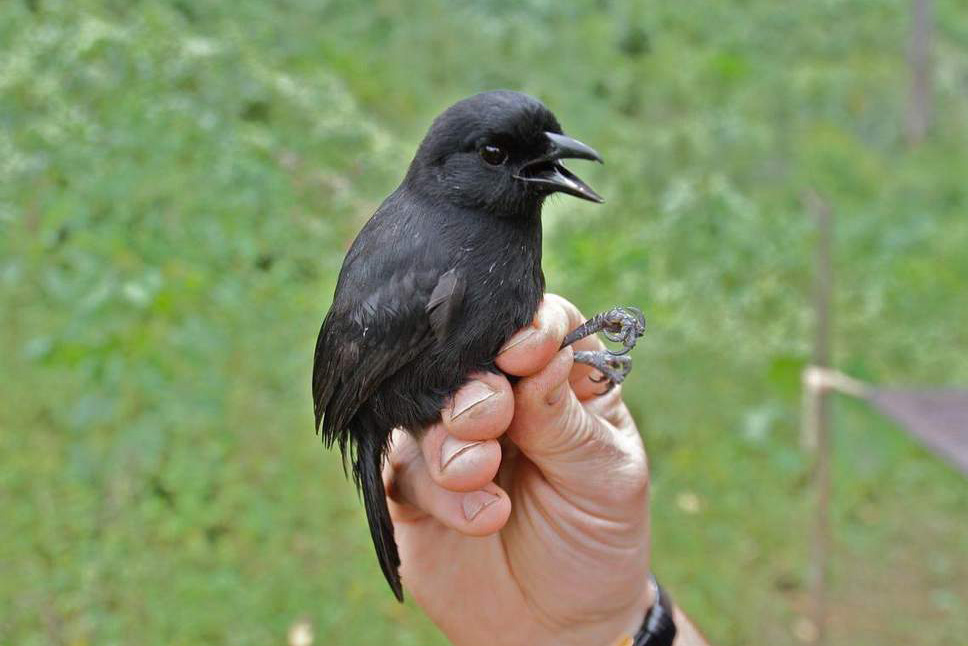 Willard's Sooty Boubou has been recognised as a full species for less than a decade, yet already faces the realistic threat of extinction (Josh Engel).

Willard's Sooty Boubou joins several other imperiled bird species that depend on the region's mid-elevation forests, which have been largely overlooked by conservation efforts. "The Albertine Rift is a crossroads of amazing biodiversity, dramatic and diverse landscapes, and heartbreaking social and political unrest. It goes from glaciers to volcanoes to plateaus to lakes, with a succession of vegetation types from high-elevation cloud forests to lowland tropical forests," explained Berzaghi. "It is home to gorillas and forest elephants as well as a high number of endemic animal and plant species. Unfortunately, much of the region has gone through never-ending conflicts, with very negative consequences for both humans and biodiversity, and conservation involving local populations is paramount."