Things didn’t start like normal on 26 August 2021. I got up at the usual time, did my regular routine and then picked up my bridge camera and thought "maybe I should take this to work today". Then I noticed that the batteries needed charging. It was put back on the kitchen table and I trundled off to Blacktoft Sands, where I am Assistant Warden.

The birdfeeders were filled, toilets cleaned and I still had some time before the volunteers' work party was due to arrive so thought id have a quick look out from Townend Hide. While standing up I could see that waders were feeding close to the hide and so it was with caution that I sat down, not wanting to flush anything.

There were many Common Snipe and a few Green Sandpipers really close to the hide and I decided to have a quick scan before doing a more thorough count. I was quickly stopped in my tracks by a bird to the right which had the run, stop and peck behaviour of a plover, but it clearly was not a regular visitor here. I hoped it would be a Sociable Lapwing as that would be a lifer for me, but then I noticed the long yellow legs and plain-looking face. 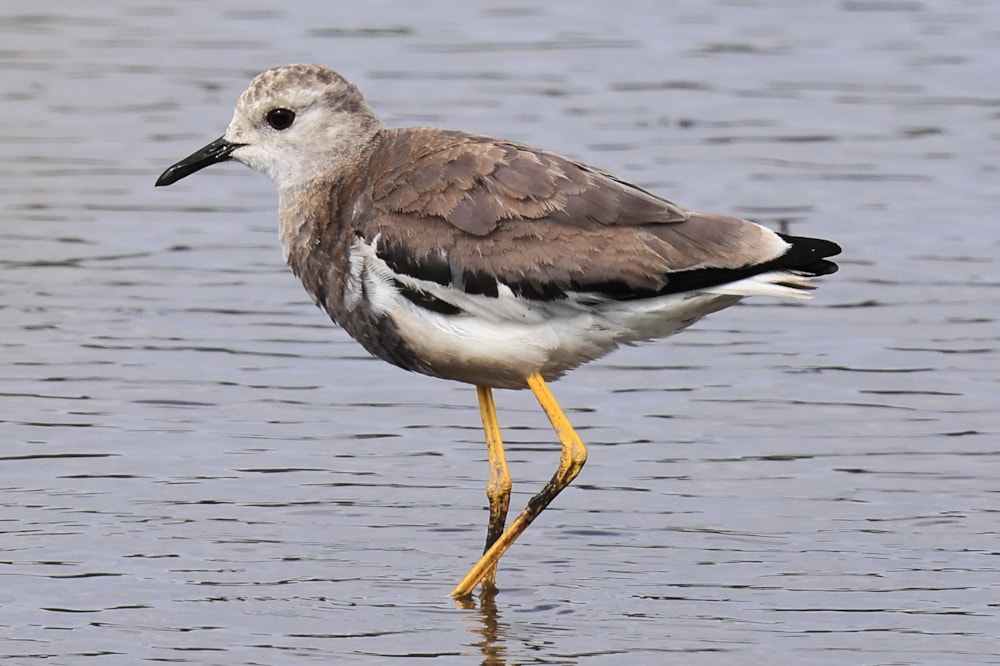 I had seen the Seaforth White-tailed Lapwing over a decade earlier and this bird looked the same. I now had those familiar thoughts in these situations "crikey – It can't be!" (which is the polite version). I checked again, hoping that my eyes weren’t deceiving me. It definitely was a White-tailed Lapwing!

The bird was about the size of a Ruff but was plain brownish-grey above with a similar coloured breast that grew slightly darker before fading to white on the lower underparts. In flight, a large white bar separated the black primaries from the lesser coverts and the tail was seen to be all white. The bill was black and the long legs bright yellow when not muddy.

Who would believe me? Why didn't I charge my camera batteries? My boss, Pete, usually checks the hides most mornings but was doing a survey on this particular day and deserves to have found this, but fate had dictated today was my day.

I phoned him, relayed the news, and received an unprintable reply other than that he was on his way. The next 10 minutes was one of the longest of my life. "Somebody, anybody, please come to the hide with a camera!"

Eventually Pete arrived and agreed with my identification. We put the news was out and the work party was largely abandoned for the day as everyone went on crowd control and car parking duties. 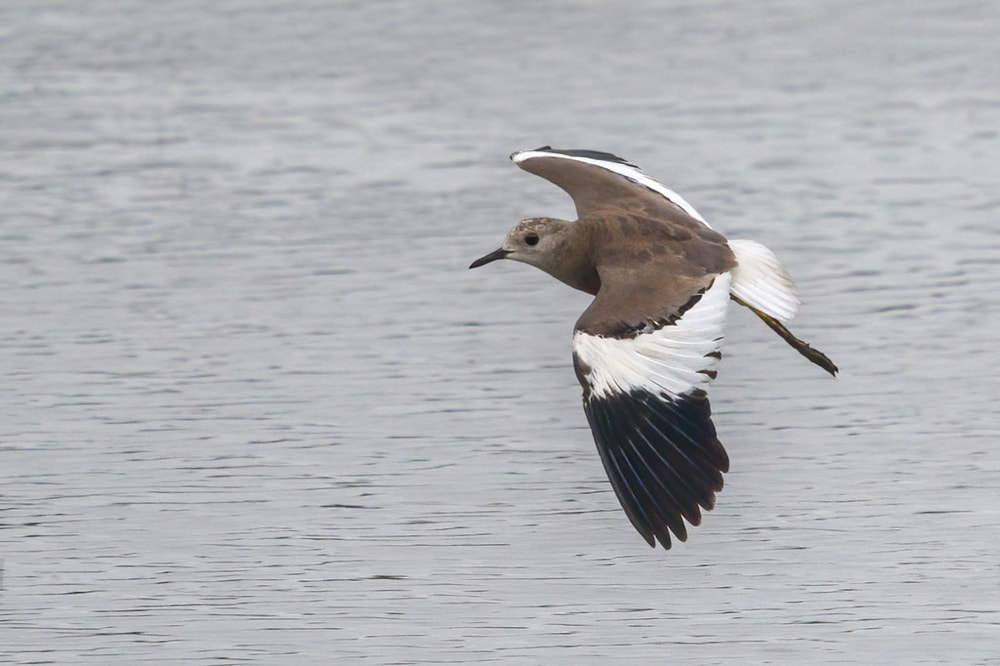 Over the next two days some 800 people came to see the bird which performed brilliantly apart from when it must have gone to sleep behind an island and was hidden from view for about an hour. Plenty of photographs have been taken of this bird by people who had travelled from all parts of Britain.

Visitors were thanking me for finding the lapwing but the reality still doesn't seems to have sank in. Although I do twitch from time to time, I like finding my own birds too and have a reasonably impressive self-found list, but I doubt I will top White-tailed Lapwing! I'd have been happy finding a Garganey, but certainly won't complain about this particular find – the stuff of birding dreams!