At 2pm on Sunday 9th January, Malcolm Grey was lucky enough to find a torpid dragonfly whilst walking on the coast path near Caer Bwydi bay. It was a beautiful sunny day with a cold westerly wind. Malcolm is a keen dragonflyer, familiar with Pembrokeshire's odonates, and realised he had found something unusual and he took it to fellow dragonfly enthusiast Jonathan Bennett to try to identify it.

Jonathan takes up the story: "Malcolm brought the dragonfly in a small plastic tub, not sure whether it was dead or alive. Within five minutes of it being in the heat of the house it started crawling on the table as I tried to photograph it. I checked all the literature I had on dragonflies and came to the conclusion that it was probably a Vagrant Emperor Hemianax ephippiger. I went and discussed with Malcolm what I thought; he agreed and the following day I blogged the sighting." 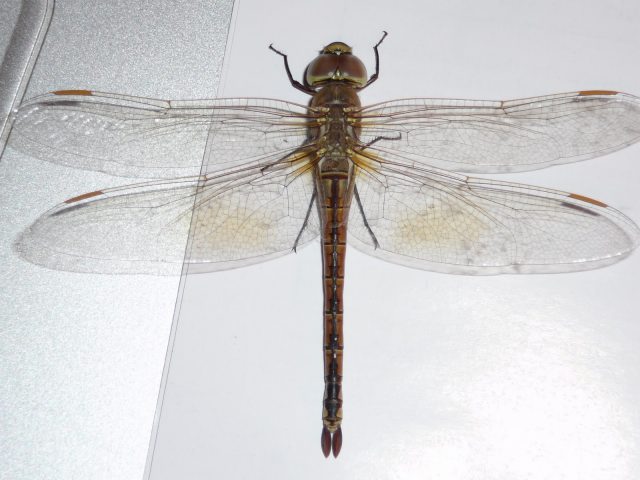 Jonathan duly posted his photos on the Pembrokeshire bird blog and his identification was very soon confirmed by Owen Leyshon. These highly migratory dragonflies are resident in Africa, and are irruptive in much the same way as Painted Ladies, taking advantage of favourable breeding conditions to push north.

There are more than 20 records from Britain and Ireland, and it is the only dragonfly species to have been found in Iceland. 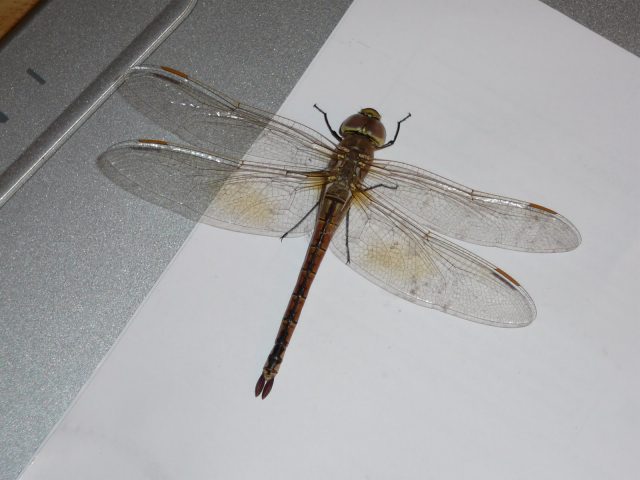