Tom Gale: Sunday 8 October had already proved to be an excellent day's birding on North Ronaldsay. The discovery of a stunning Arctic Redpoll in the early afternoon had been the highlight, along with several lingering scarcities. To finish off, we decided to check the thistle patch around the Southness croft, part of Lewis's allocated census area for the day.

After searching the area several times, we decided it was time to head back to the 'obs'. As we approached the croft, a bird flew across the path in front of us and then behind a wall. We didn't register any features on the bird, although it appeared to have all-dark upperparts. Moments later, the same bird flew along the side of the building and then, surprisingly, through the doorway and into the building itself. We both watched the bird for about 20 seconds flapping about against a window inside the building. Inside was dark so all we could make out was its silhouette against the window, along with a pair of salmon pink legs ...

It became apparent the bird wasn't getting out of the building any time soon and may be endangering itself, so the decision was made to catch it, so it could be ringed and released as quickly as possible. I walked into the building and towards the window. As I moved towards the bird, I still had no clue what it was, focusing more on catching it rather than identifying it. However, was I right in thinking it was blue? After I caught it, I turned my hand around to look at it and couldn't believe my eyes. "It's a male Siberian Blue Robin!"

As I brought the bird outside and into the light, it lit up with an explosion of metallic cobalt blue. Its underparts were perfectly clean white and again, there were the classic pink legs of this mega Siberian vagrant. Lewis burst into laughter in sheer joy, while I stood in utter shock as I put it into a bird bag. As we phoned the observatory, it started to sink in. North Ronaldsay had reached unicorn levels of rarity. This was a species I thought I would only dream about while flicking through the back pages of the Collins Bird Guide. An adult male as well – unthinkable! Obs staff arrived and we took the bird back to be processed. For the next half hour, I was shaking with uncontrollable excitement and shock, as I realised what had happened. 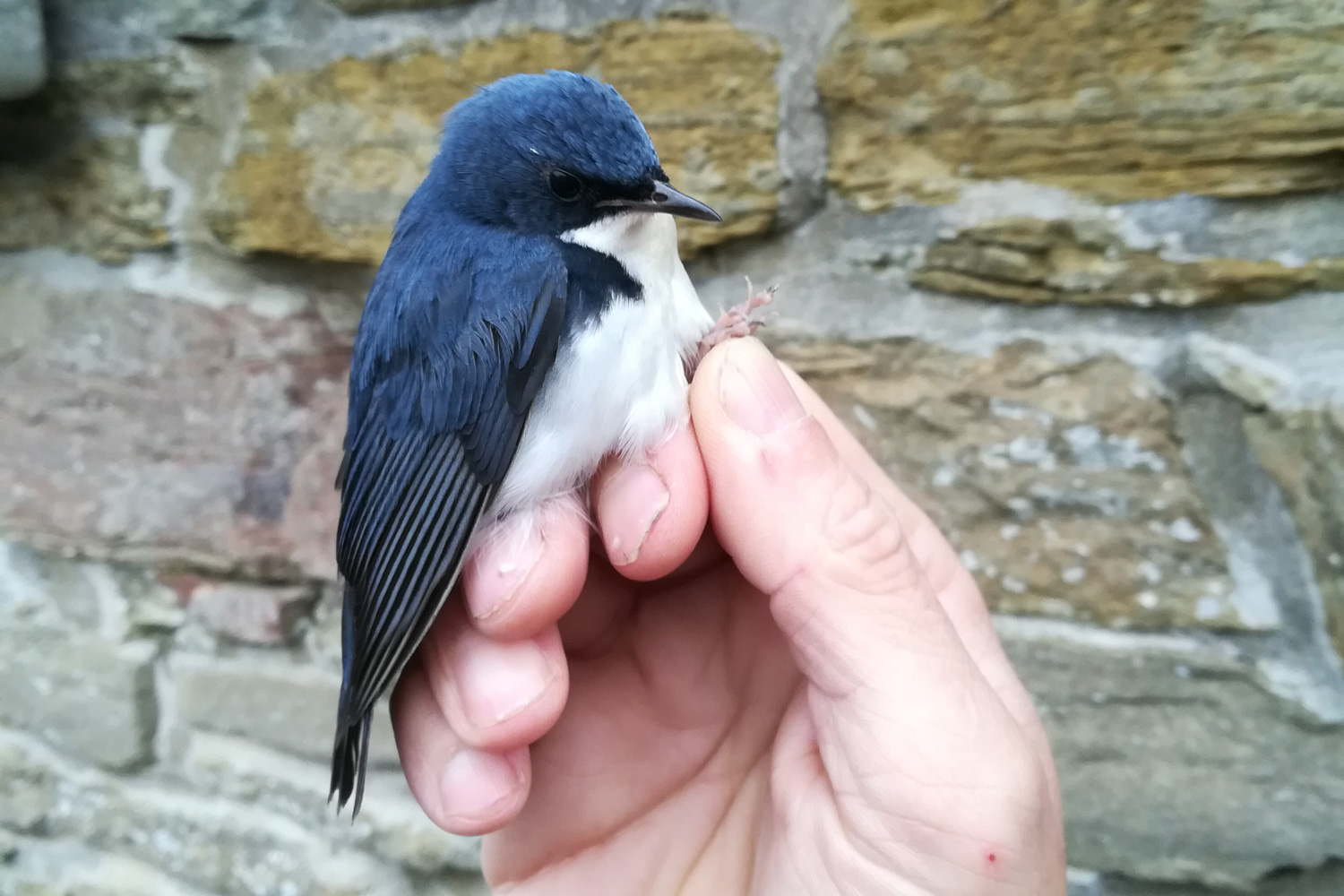 Lewis Hooper: I couldn’t believe my eyes. An adult male Siberian Blue Robin was in Tom’s hand in front of me and we were the only two who knew about it! After the initial buzz and celebration, I rang George Gay, who spread the news. At first he didn't believe a word I was saying, but soon realised you don't joke about birds like this. After phoning we stood waiting for people to turn up, letting it sink in. I knew this was a serious ‘mega’ but I didn't quite realise how special this particular bird was. The fact it was an adult male made this a first for Britain in itself. It was taken back to the observatory and everyone was rounded up, anticipating their first glance of the most stunning bird of 2017 (so far!) – and it didn’t disappoint, bringing a particular member of staff to tears (not mentioning any names). The bird was ringed and suitable measurements were taken, including a fat and muscle score (1,1) and it was released shortly afterwards.

We all went to the bar, and it's safe to say Tom and I didn't pay for a single drink. 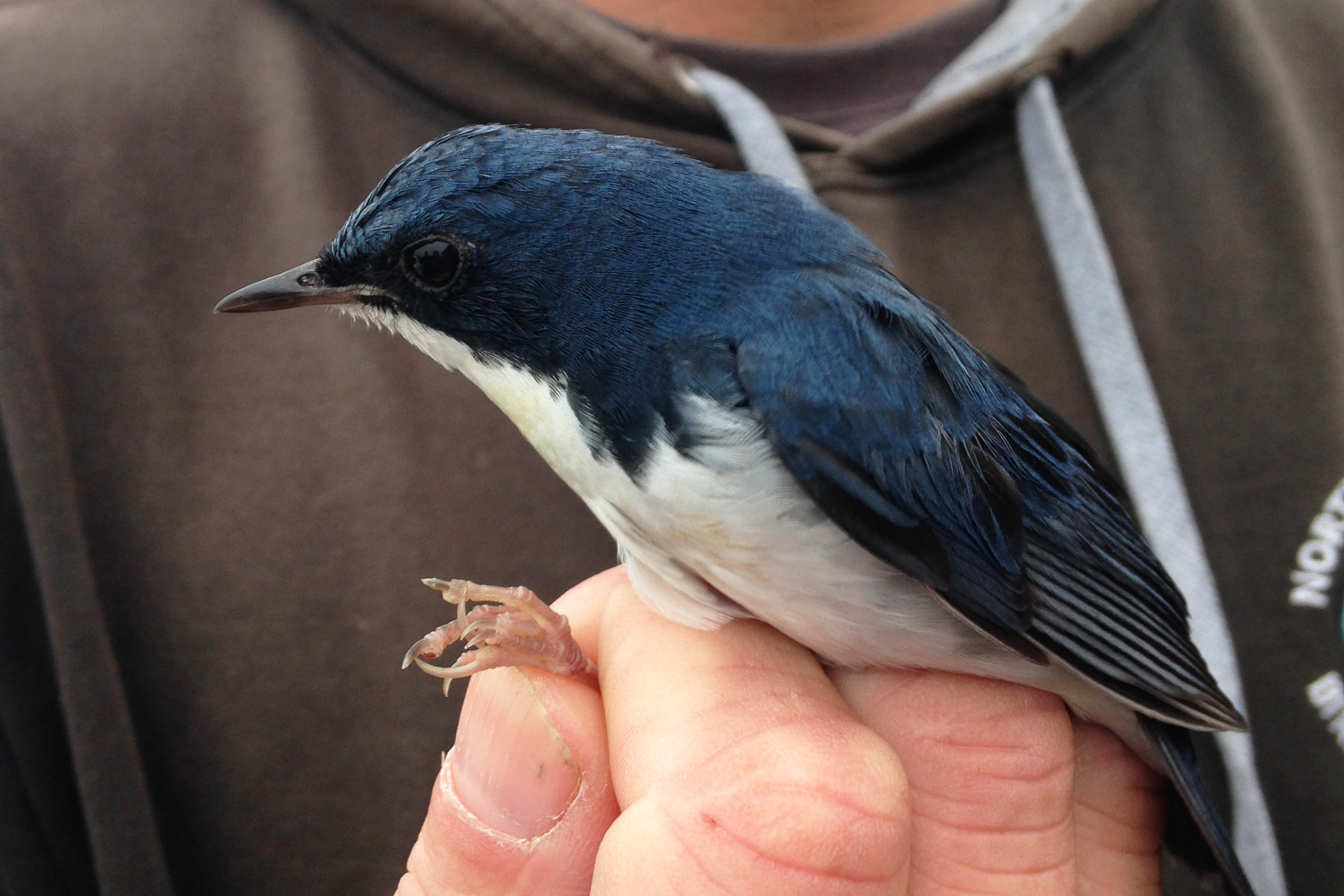 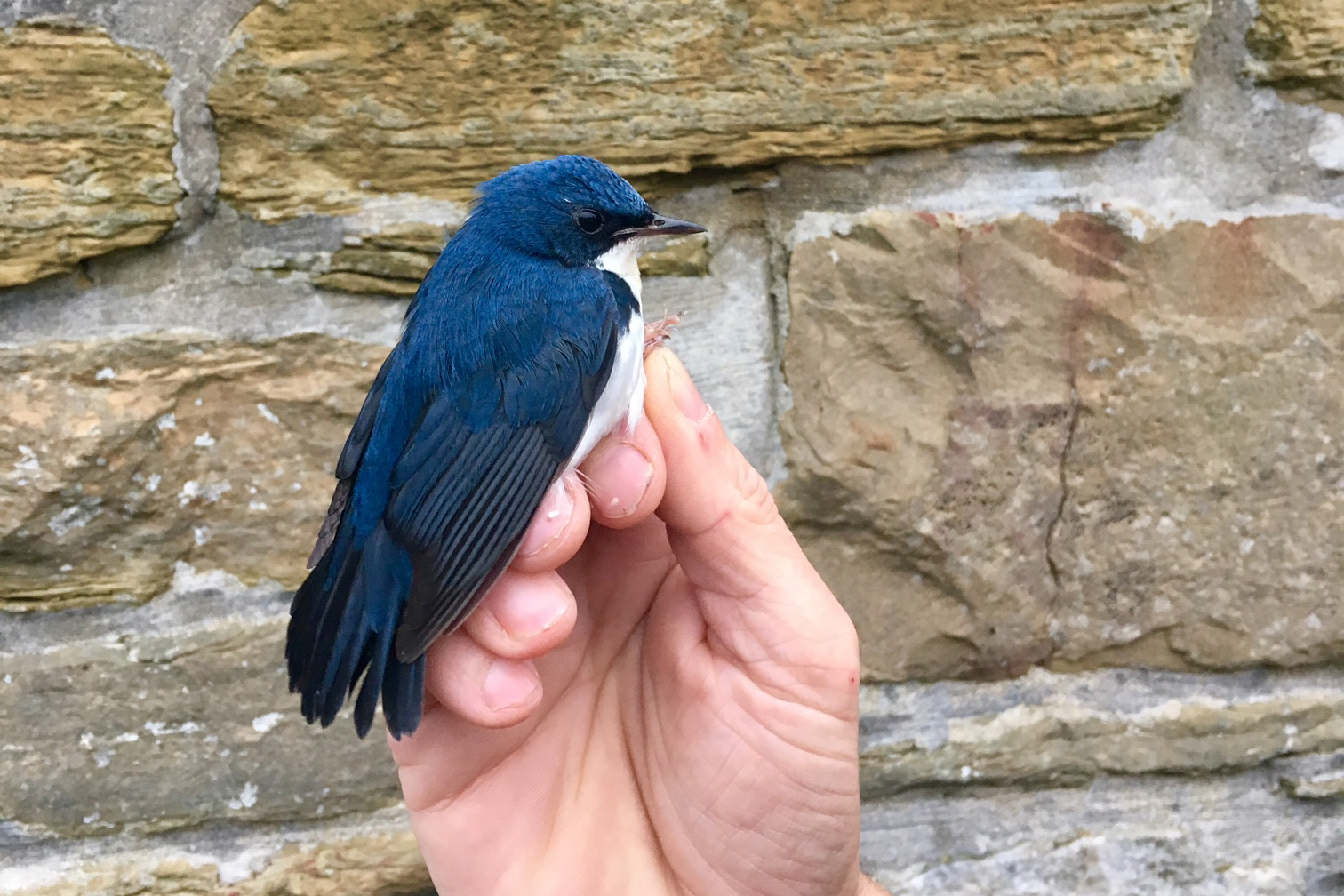 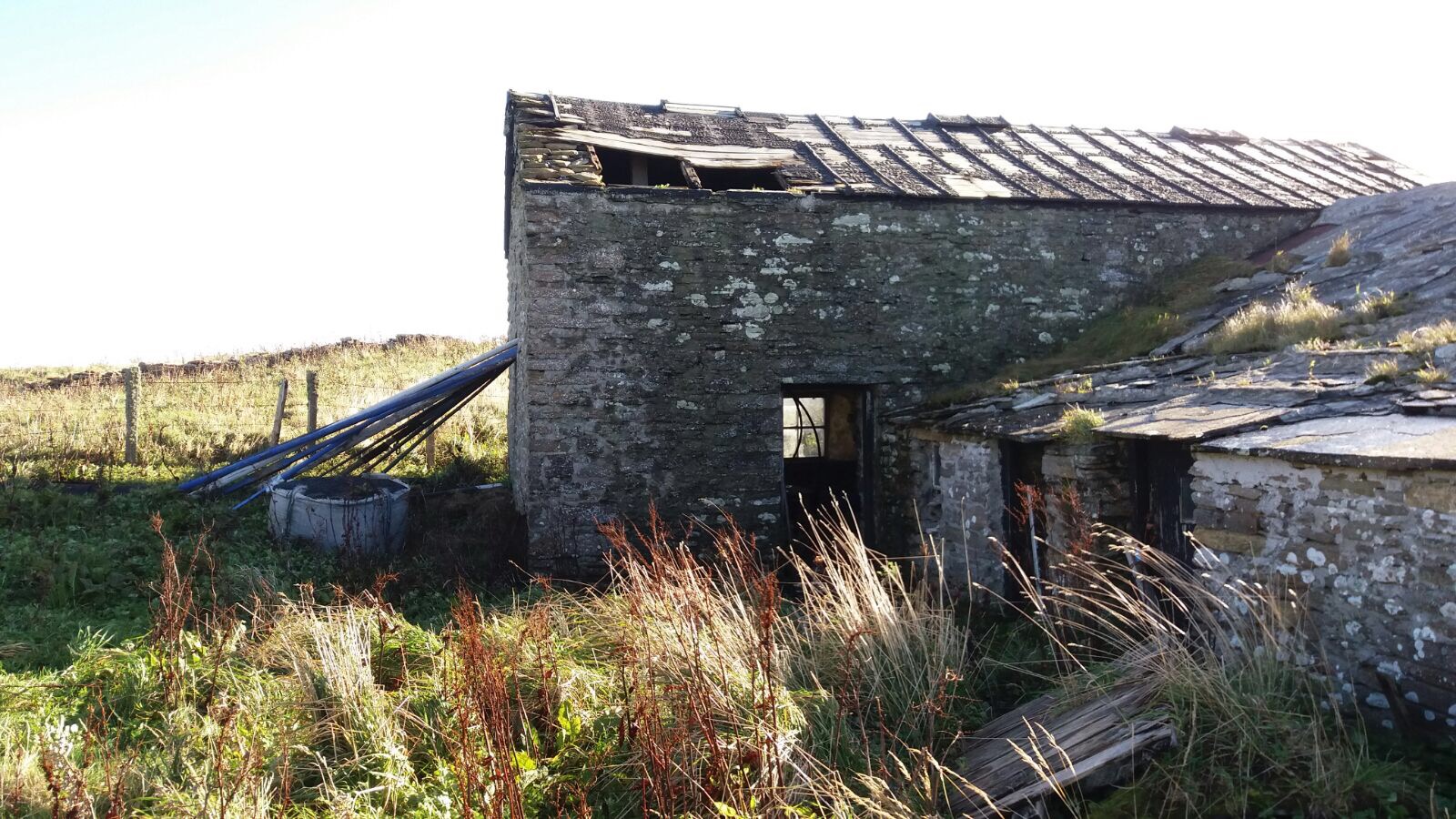