The appearance of a mysteriously tame bird at a site where Joe Bryant and James Bosley were working on the Somerset coast in mid-November became one of the most gripping tales of 2022 for birders, when it transpired that the unusual visitor was a Purple Gallinule. Joe takes up the story:

"James and I got to work at Dunster Beach at around 9 am on Wednesday 16 November. It was an amazing morning and very sunny. We had a new job here and were starting on a patio replacement for a chalet owner. After a little while, we noticed a strange bird walking around the tiny front garden facing the seafront. Neither of us knew what it was, but noticed its huge feet and unusual appearance.

"I took some pictures and videos of it throughout the day. It spent the entire time calmly walking around our feet until we left at around 3.30 pm. The bird wasn't at all fazed as we used a mini digger and other noisy equipment – it was very tame indeed. It continued to walk around the garden, occasionally going into the hedges, but generally staying out in the open. 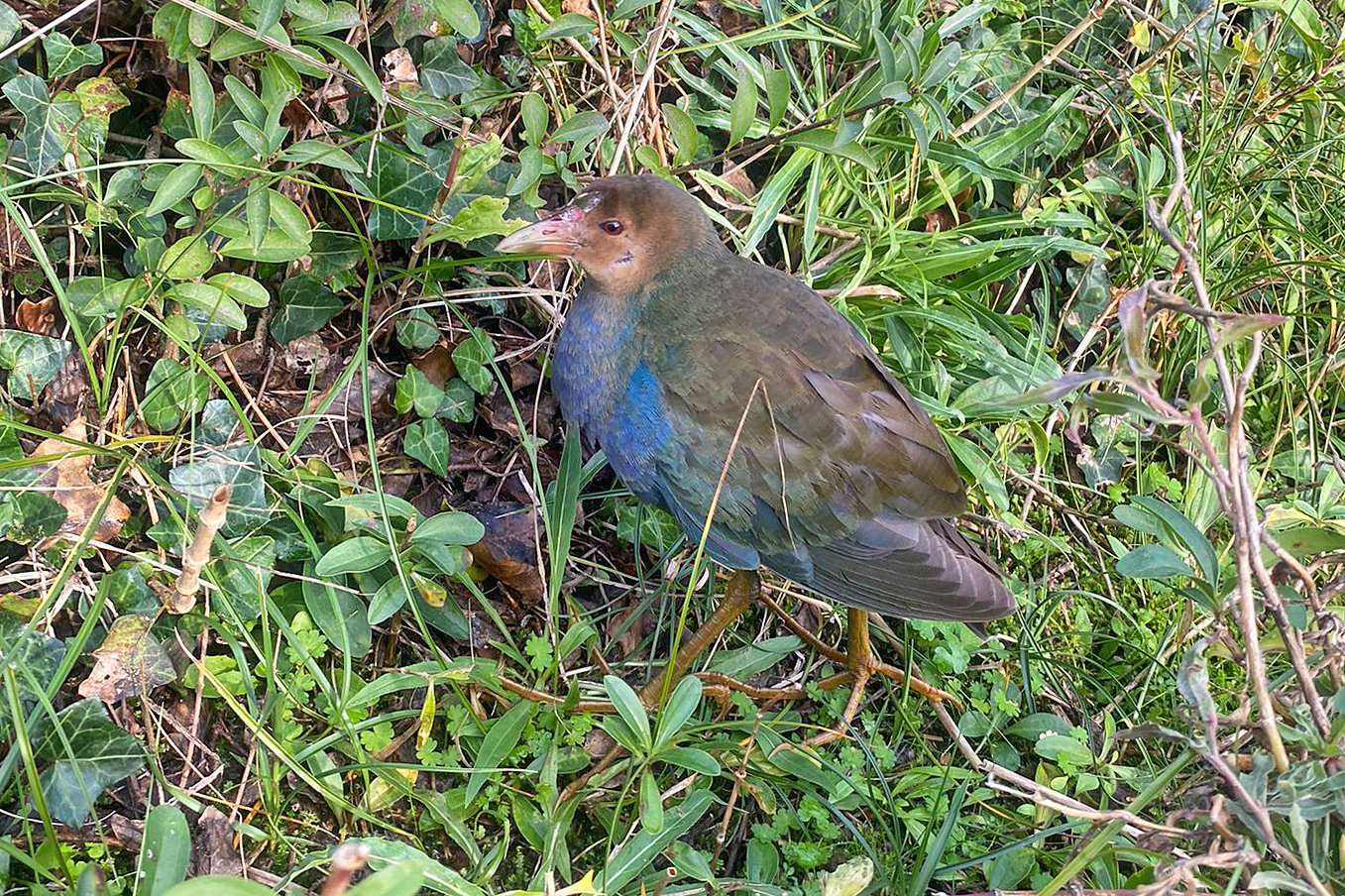 "It was having a good feed on various slugs and worms during the day. James and I even shared some of our sandwiches with it, which it wolfed down. At one point I left the garden to walk to my van and the bird followed me down the path before, at speed, running next to me!

"Later on, having shared some images, we were amazed to find out it was a Purple Gallinule from the Americas – such a rare find. We considered ourselves very lucky to have spent a day with a bird that lots of people would have travelled hundreds of miles to try and get a glimpse of." 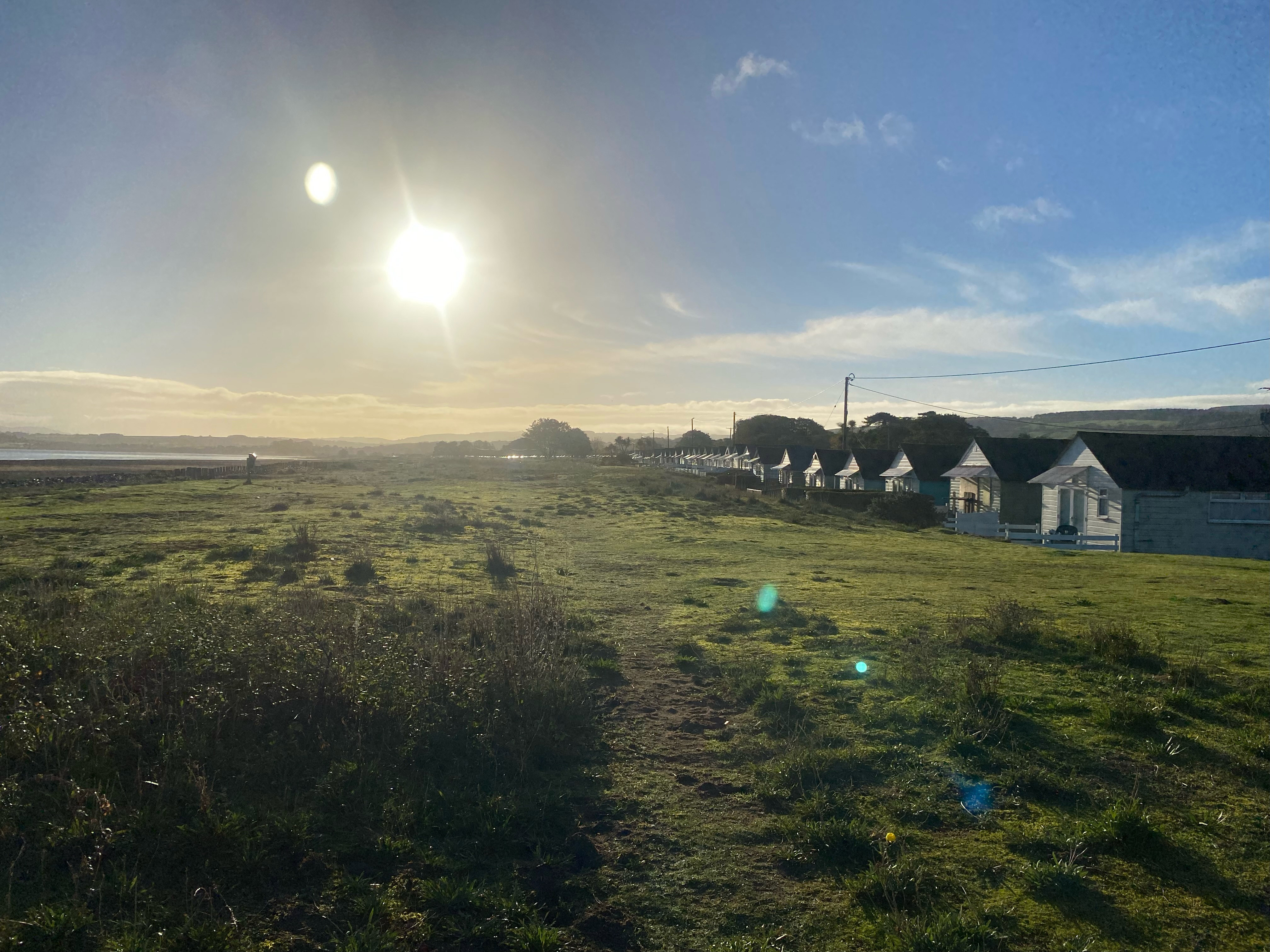 It was a pleasantly mild morning on the Somerset coast on 16 November (Joe Bryant).

Despite their ungainly appearance and cumbersome flight action, rails and crakes have repeatedly performed some of the most spectacular vagrancies known among any landbirds. Purple Gallinule, which is found in the south-eastern United States, Central America, the Caribbean and much of South America, has a well-established reputation as a species frequently prone to long-distance vagrancy.

Vagrants have been recorded well outside the normal range in all months of the year, with a number of records from the Western Palearctic, South Africa, South Atlantic islands and Pacific islands, as well as elsewhere in North America. Other extralimital birds were recorded in the days leading up to the Somerset occurrence: two were on Bermuda, with at least three in Canada – in Québec, Ontario and on Prince Edward Island.

In Britain, the species has been recorded on just three previous occasions – on St Mary's, Scilly, in November 1958, at Old Warden, Bedfordshire, in spring 2008 and, most recently, at Mary Tavy, Devon, in January 2011. There is also a single Irish record from the Mullet Peninsula, Co Mayo, in February 2014. All of these were either dead or dying at the point of discovery.

There are a further 24 records from across the Western Palearctic, of which seven also occurred during November. Most eye-opening of all is a record from Switzerland in December 1967, with other notable records including two in both Italy and Iceland, and singles in Norway, Morocco and mainland Portugal. 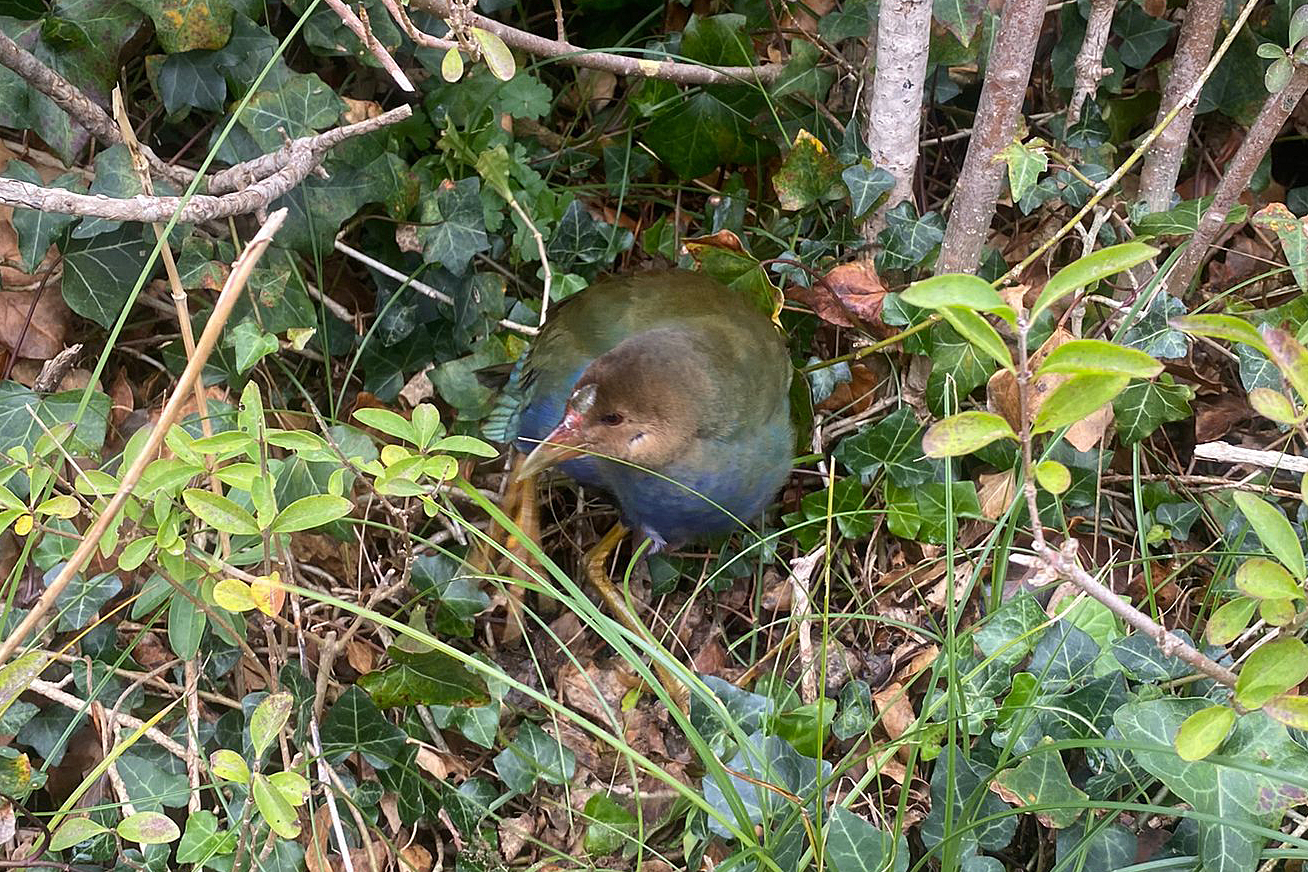 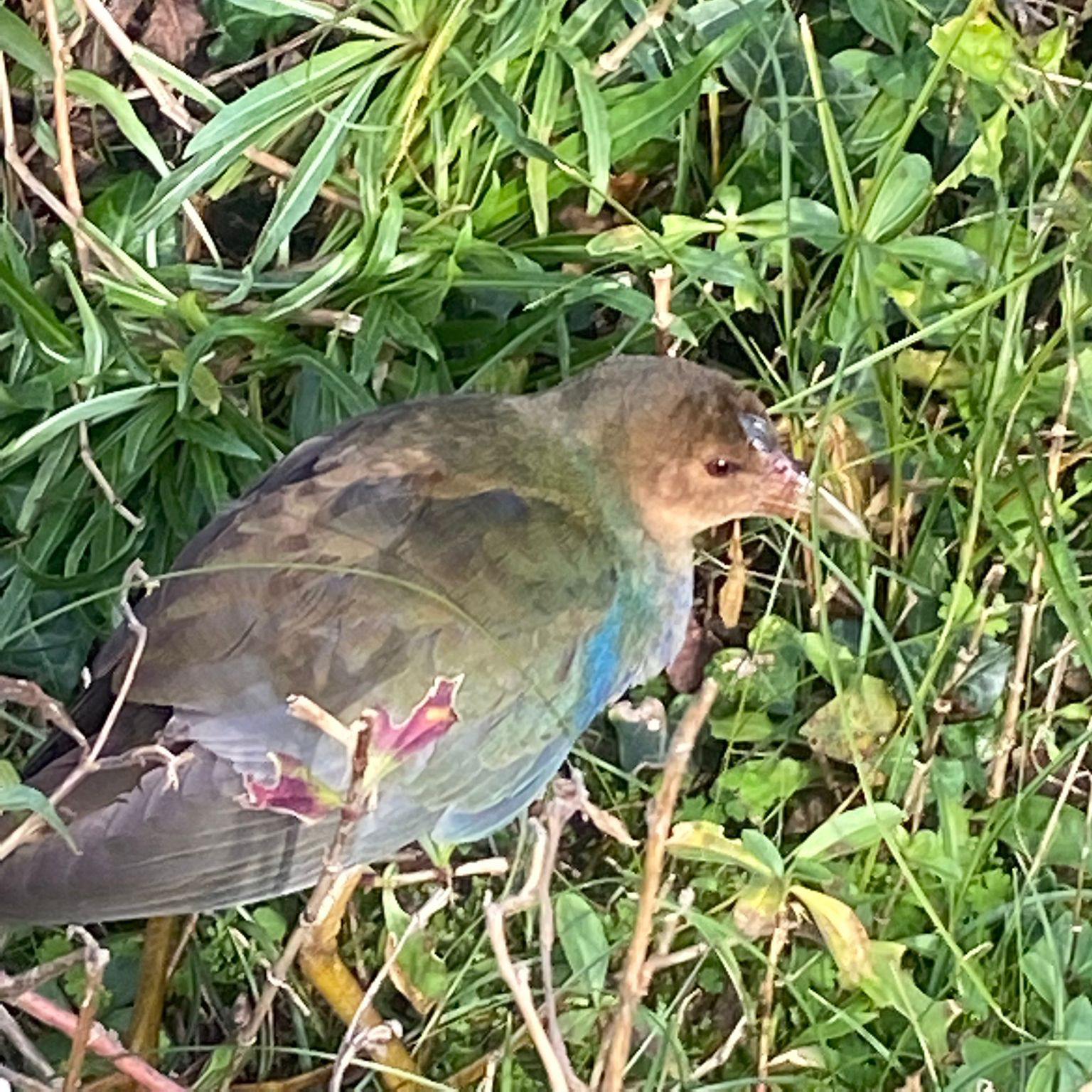 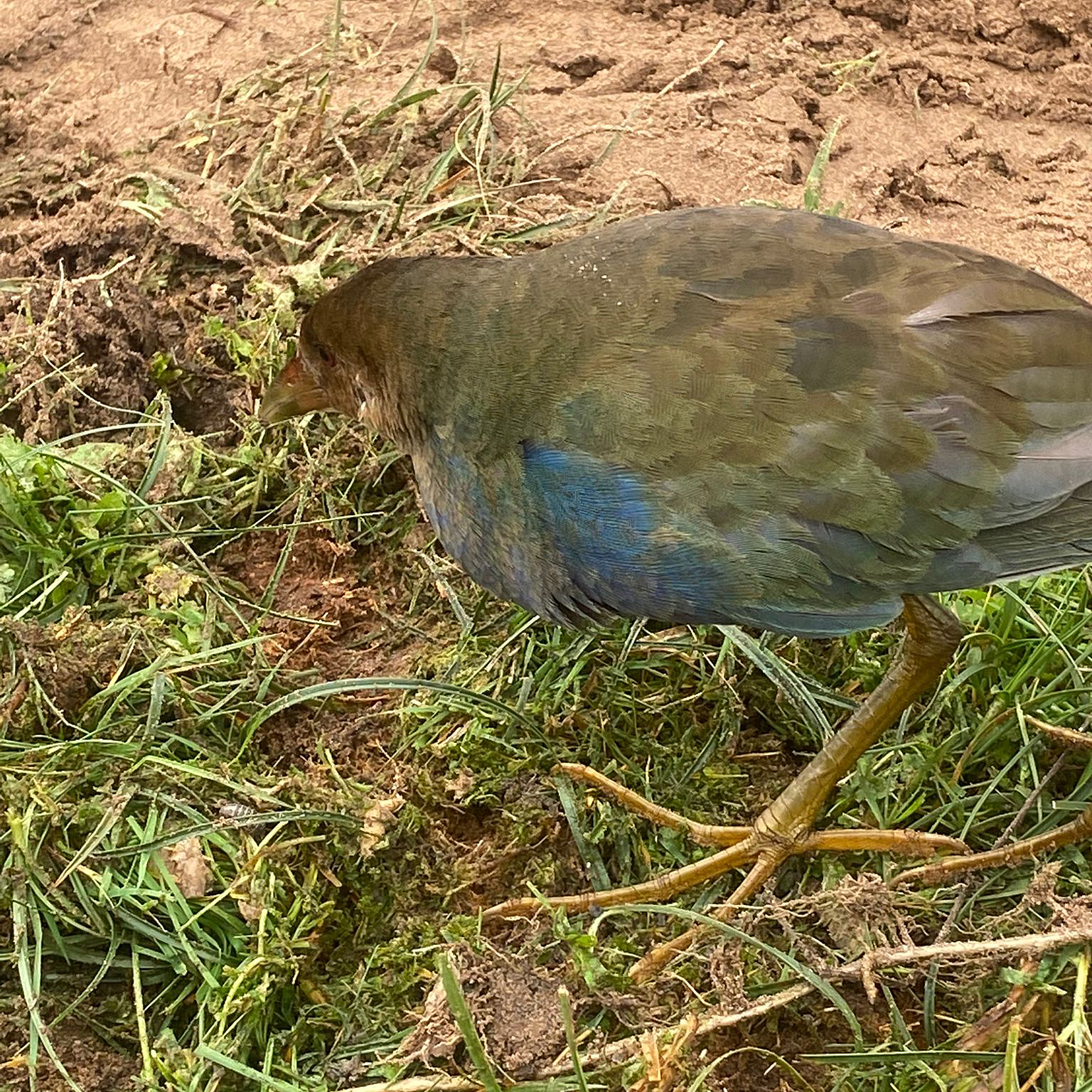