Autumn is one of my favorite times to get out in the field. The changing of the seasons, weather patterns, and the large numbers of migrating birds all add to the experience. I recently moved to Ireland from Massachusetts, USA, in August. During my quarantine period I used the time to do more research on the area hot-spots and expected species. My wife and I stayed on a farm at Kilchreest, south-east of Galway, so I was at least able to see some of the countryside birds on the property.

Even before I arrived, I was looking forward to the 'fall' and visiting some of the many great islands that have a reputation for being migrant traps. There are so many factors that can influence where migrants come from. Back in Massachusetts, we hoped for 'Noreasters' (low-pressure storms just north-east of New England) that might bring Eurasian species, or north-westerlies to deliver species from western North America. The landscape and position of Ireland looked very similar – if only in reverse.  Looking for 'Yanks', as they are passionately known here, is one of the top priorities.

Once I was able to move to Galway City I was welcomed into the Galway Bird Group and have been lucky to meet a great group of birders – they have been very helpful in sharing knowledge of the area and the species. Luckily, I have been able to locate a few good birds to share with everyone as well.

Coronavirus is affecting everyone and it was the storm that brought me to Inishmore on 9 October. I had already been to the island a week earlier for a few days, but was supposed to be starting a week-long visit to Cape Clear, Co Cork. The 'Level 3' restrictions (meaning no out-of-county travel) ended that idea a day before I was to leave, hence I opted to go back to Inishmore.

The day started slowly, with winds reaching 60 km/h – tough for seeing anything in the trees and biking around the island. By afternoon I had been to Kilmurvey Woods and beyond and wasn't sure what to do. I remembered the crescent-shaped stand of willows I had visited previously at Gort na gCapaill, which is the southernmost town on the island. The willow stand is set down in a low depression, created by a small cliff around 10 m high, and their position meant that they were partially sheltered – the sun was out as well. I entered the low pasture over a stone wall opening. The land owner had given me permission the last time I was there so I knew it was alright – I really appreciate all of the generosity that all of the farmers I have talked to have given me.

I went down to an area that formed a small cove in the willows and was sunny and calm. I got the camera ready and took a few test shots – I've finally learned to do this before and not after a bird arrives! I didn't hear anything, so decided to play an audio scold call that works well in the US. It worked better than expected, for after a few seconds, a vireo started calling and moving towards the speaker.

A few other birds were also quick to move in but when I saw the bird in question, I knew it was different to the Willow Warblers and Common Chiffchaffs I had been seeing. It also looked very familiar and similar to a Philadelphia Vireo! But that couldn't be right?! I started shooting immediately to make sure I was 100% certain. 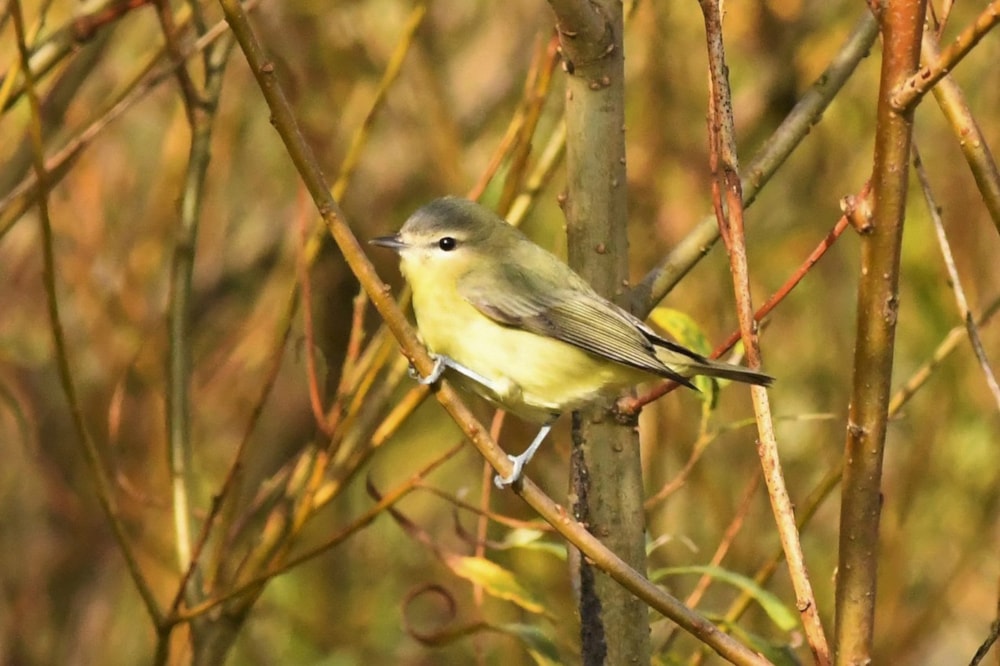 The more I looked I knew it was a vireo. I have seen a number of these uncommon birds in the last year. I knew the face immediately. The bill was the deciding factor, though, being straight, uniform in thickness with a rounded tip – no bird in Europe has that kind of bill. The bird stayed in view for a few minutes and was calling constantly. I had turned off the audio and luckily thought to record the call.

Once the bird left the area, I moved off as I knew others would want to see it. I sent a couple of pictures to Dermot Breen and Cathal Forkan. I texted Cathal that if it wasn't a 'Philly' I would eat my hat – luckily, I was right and still have the hat! After the word was out and you can imagine the excited responses from the group, I checked the rest of the willows. On the way back I wanted to see if it was still around, so played the audio again briefly and again the bird responded as before.

Since that day I have been out to that spot a couple more times – the last was on 17th, eight days after the initial sighting, and the bird was still in the willows, looking very healthy and plump. Each time I saw it, it was feeding in typical vireo style, slowly and methodically moving and caring little that I was there. However, it couldn't be found on day 10 – conditions were suitable for migration that night, so it had presumably moved on. 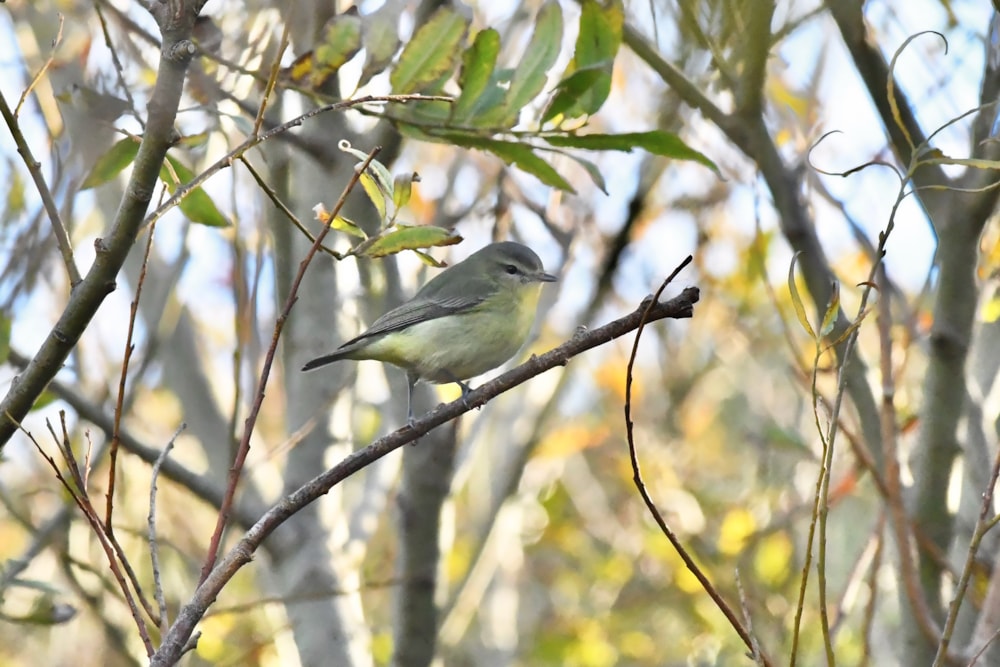 Philadelphia Vireo breeds widely across eastern North America, migrating south to winter in Mexico and throughout Central America. It is a rare vagrant to Europe, with two previous Irish records (Galley Head, Co Cork, from 12-17 October 1985 and Kilbaha, Co Clare, on 13-14 October 2008). Britain has hosted just one (Tresco, Isles of Scilly, from 10-13 October 1987). It is, however, relatively regular in the Azores, with 20 records since the first in October 2005, 19 of which have come since September 2011. All but one of these has been seen on Corvo, the exception being a bird on Flores on 5 October 2011.