As a keen ringer and gull-watcher, I am often out in the city of Oslo looking at gulls, reading colour rings, and catching new birds. Starting at the University of Oslo (studying Biology) this autumn allows me to travel into the city nearly every day. On Monday 18 August I stopped at Rådhuskaia, close to Aker Brygge, to look for a Norwegian metal-ringed Great Black-backed Gull, which had been seen feeding on bread here the previous Friday. The goal for the day was to add a colour ring and change the metal one (which was a size too small).

So far in Norway around 56,000 gulls have had colour rings applied to them, with 43 per cent of these been seen and reported after ringing. The project is, in other words, quite large! About 85 per cent of the birds are ringed as young. The remaining 15 per cent are mainly caught one after another in Norway's large cities, or in traps in breeding colonies. If we only look at these 15 per cent, almost 70 per cent of them are seen after ringing – not statistics you get when ringing warblers and buntings with mistnets! All the gulls are measured (except in the case of some young, when there isn't time), which gives us a good idea of the condition the birds are in, and often an indication of their sex. All this, combined with travel patterns and survival rates, makes for a very valuable set of data.

After some time feeding the gulls at the location where the Great Black-backed had been, I became resigned to the fact that it had gone. Looking through the gulls present (mainly focusing on the legs where the colour rings are) I suddenly saw one odd-looking bird. My mind took a trip through Lesser Black-backed and Herring, before understanding that 1st-calendar-year Caspian Gull should look exactly like that at this time of year. Remarkably, this was only the second record for Oslo! The initial shock quickly changed to stress and frustration since I couldn't seem to catch it but, after about half an hour and with some effort, I finally managed to get my hands on it. Only a single cachinnans has previously been ringed in Norway (Bergen, winter 2012/2013) so I sent out a message through BirdAlarm (the Norwegian rare bird network), and a couple of people showed up within minutes. I was naturally quite happy when I continued on to university. 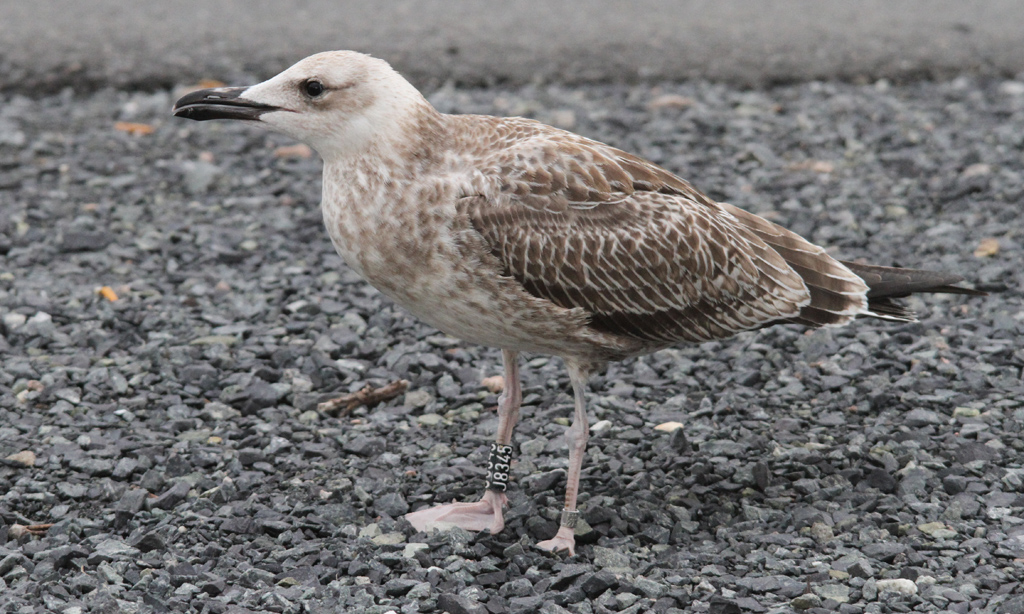 The first juvenile Caspian Gull of the week in Oslo. Photo taken a few days later by the Opera House at Bispevika (Sindre Molværsmyr).

The next day, after a couple of hours studying in the morning, I took the Metro to Vaterland (a beautiful place with a lot of drug addicts and homeless people, and gulls). I have fed the gulls by the river here hundreds of times before; today I read some colour rings and initially only saw familiar faces. Then, a warm-coloured juvenile – a Caspian – showed up. Not so strange given that I'd had one about a kilometre away the previous day. The problem with this theory was that it didn't have rings on its legs – that meant two cachinnans in two days! 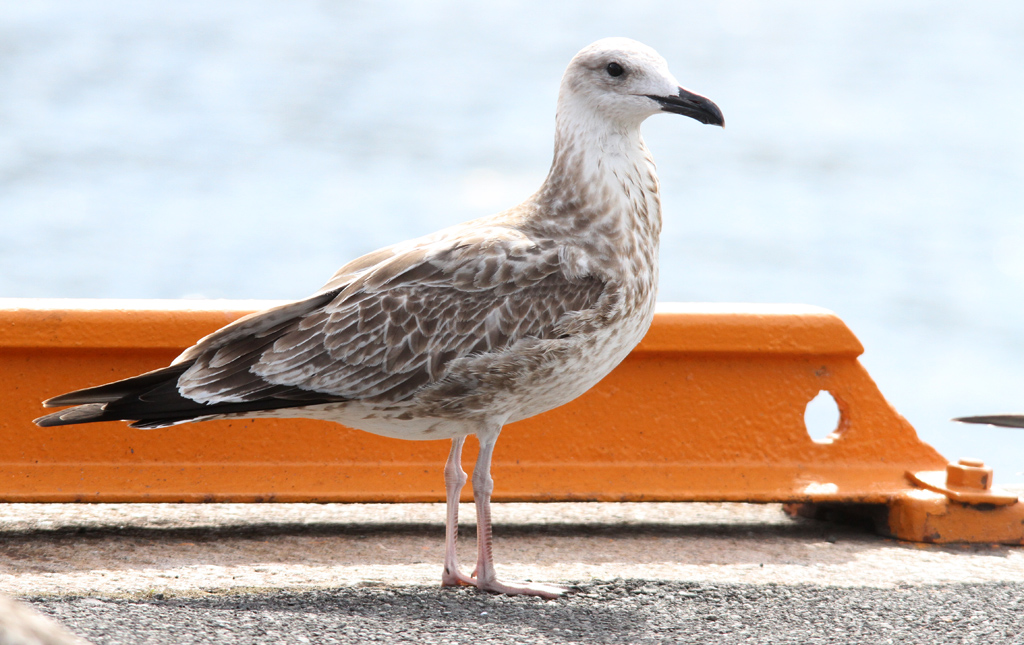 I didn't manage to ring this second Caspian Gull, so I was out early on 20th, before my one lecture of the day. I started out at Vaterland again, but there was no Caspian to be seen. Next stop was Rådhuskaia. After unsuccessfully trying to catch a Black-headed Gull with only a metal ring, I started feeding at exactly the same spot as the Great Black-backed and the first Caspian had been. Suddenly a Caspian flew over and within minutes it was caught – real efficiency! Initially I thought this bird was a third individual, but close comparison to the bird from Vaterland shows them to be the same.

Fortunately I didn't know this at the time, so after my lecture I jumped off at Vaterland again with one and a half loaves of bread in my backpack. After feeding some of the local heroes (the gulls, not the homeless!) and talking to some birders trying to see Caspian Gulls, Rune Clausen and I walked around the river to hand out the last of the bread.

While I was showing Rune the differences between first-calendar-year Herring Gulls and Lesser Black-backed Gulls, a large white-headed gull sitting on the water caught my eye. For many years we have dreamt about this species showing up in Norway, and I knew what it was instantly. The first thought that hit me was "Pallas's Gull!" followed by "no, it can't be – something must be wrong with my eyes. Or I am asleep and dreaming?!" I pointed to the bird and told Rune what it was, what it had to be, even though I still doubted myself being awake. I took some hundred photos, searched Google Images for Pallas's Gull to confirm, and sent the news out on BirdAlarm all within a couple of minutes. To top it all off, my phone was getting low on battery, and I was kind of expecting a few calls the next couple of minutes. Before it died I called Morten Helberg, who started the colour-ringing project on gulls in Norway. After I explained the situation he asked what I had had to drink, before becoming really quiet and almost whispering, "I think I need to take a drive [to Oslo]." 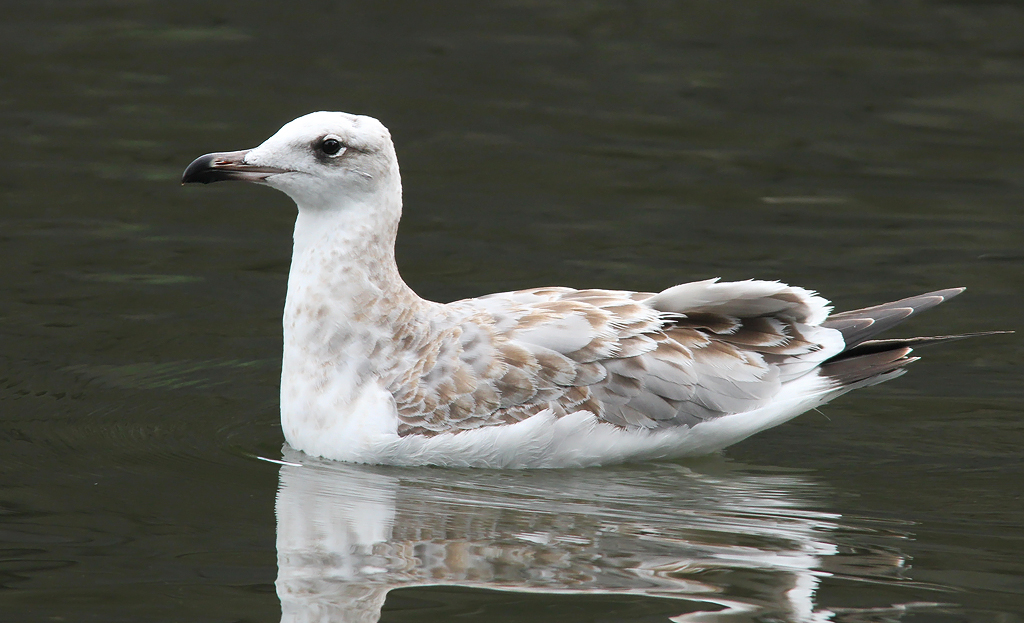 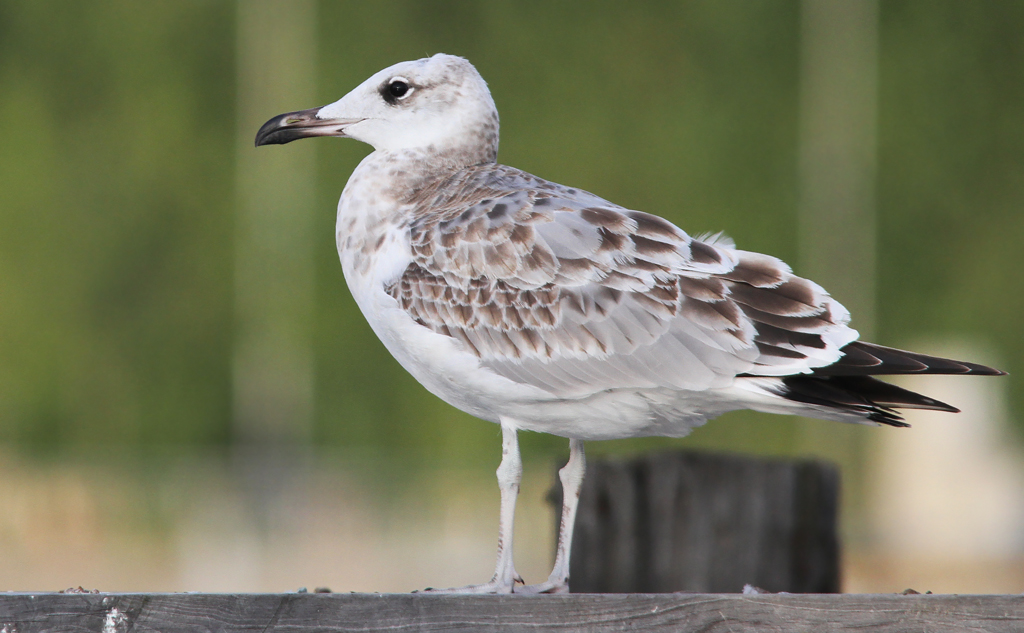 The Pallas's was sitting on the water through all this, eating some of the bread thrown out for it. The two people almost yelling and pointing cameras at the gulls also quickly attracted a few of the locals (not gulls this time). One particular man stopped and stood with us all the time till we left. He was getting drunker and drunker as birders came running in from all directions. During the first hour I had to sit down on several occasions, just to try getting my head around what just happened. About an hour after the bird showed up, a sudden thunderclap right over our head put all the gulls in to the air. The Pallas's flew around a couple of times before heading up the river. About a minute later it flew at some height down towards the river mouth on the other side of Oslo Central Station. I redirected some people who I knew were on their way, and we started heading (or running) through the train station. When we arrived at the parking behind the Opera House the Pallas's was sitting on the water and being fed bread. People arrived all through the evening, and finally my phone died. 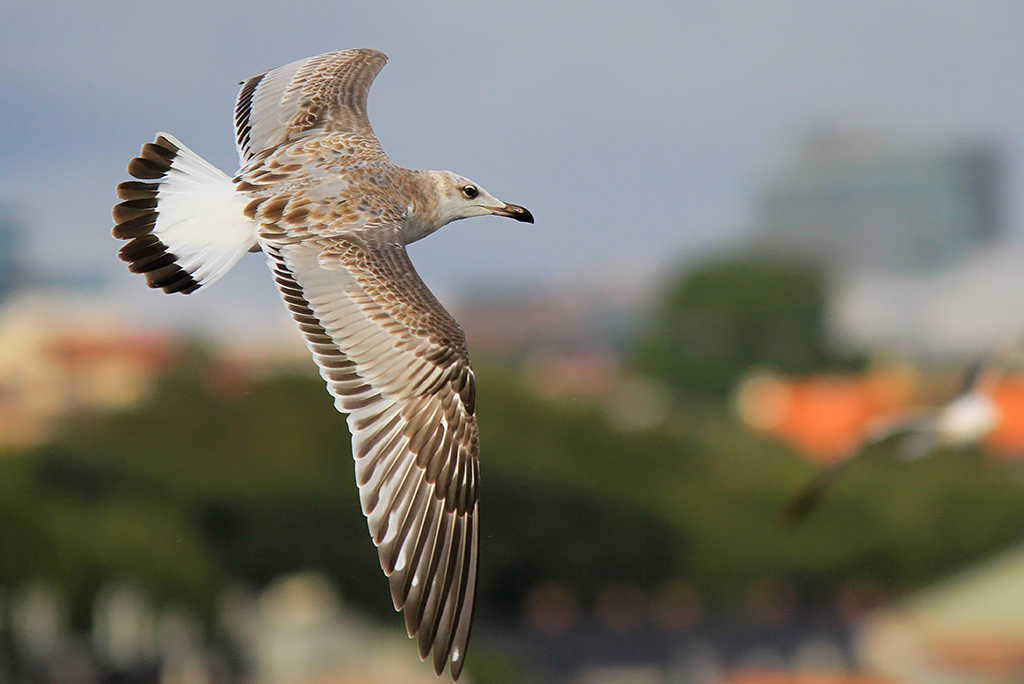 The Pallas's Gull was seen regularly behind the Opera House (Bispevika) over the following days. It tended to show up in the afternoon/evening before heading out into the fjord to roost together with the rest of Oslo's gulls just before sunset. On 23 August, I successfully caught and ringed it, which caused mixed feelings among the birding community in Norway. Still, the amount of information potentially gained from this one bird (and the two Caspians) is much greater than from any Herring Gulls we have ever caught – mainly because there are very few Pallas's in the world, and unsurprisingly even fewer in northern Europe. Of course, the bird now looks a bit less wild since someone has put a black plastic thing on its leg, but it certainly will make it more distinctive should it show up somewhere else in north-west Europe in the coming weeks and months. 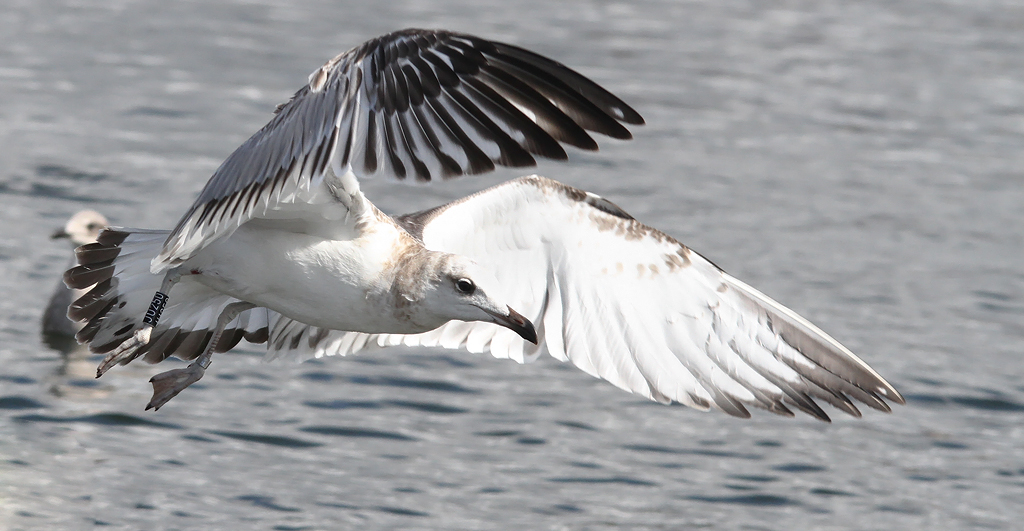