On Thursday 29 June I was on the small island of Røstlandet together with my colleague Martin Eggen, looking for breeding Black-tailed Godwits and hoping perhaps to ring a couple of chicks. We arrived on the ferry from Moskenes at 1 pm and headed for the wetlands on the western part of this flat island, situated in the ocean in the westernmost part of the Lofoten archipelago, off the west coast of mainland Norway.

Most of the day was spent searching the wetlands in the vicinity of the airport, where godwits had been seen displaying earlier in the year. After several hours of fruitless exploring, we headed for Kårøya, on the other side of the island, to make some dinner. We were expecting a couple of birders, Gunnar Gundersen and Aïda Lopez, to arrive on Røst later this evening. I had promised Gunnar that I would pick them up at the harbour to give them a lift to the airport area, where they were planning to set up their tent.

I met Gunnar and Aïda at the harbour at 9 pm and we agreed to spend some time looking for the Snowy Owl which had been staying at Røst since late May. The car was parked by the cemetery, and we started walking towards the airport area. Kvalvågen Bay, a good place for resting waders, was on our right immediately after passing the cemetery. As Gunnar scanned in the direction of the bay, I looked the other way to see if I could see the owl in the southernmost part of the location. I had barely lifted my binoculars to my eyes before Gunnar said something like: "Wow, Caspian Plov … no, wait … white head??!"

The plover was feeding 60 m away, together with a European Golden Plover, and could hardly be overlooked as it flashed its beautiful rufous breast band and almost gull-like white head. A darker border separated the rufous breast from the white belly. The bird was running around in typical plover fashion, on long yellowish legs, and had a long tail and wings. "It's one of those Far Eastern ones," Gunnar said, with calm excitement in his voice, and I vaguely remembered seeing a picture of a bird looking something like this several years ago. A quick Google search confirmed Gunnar's suspicions. This was very likely an adult male Oriental Plover – the first for Norway and only the second ever seen in the Western Palearctic! 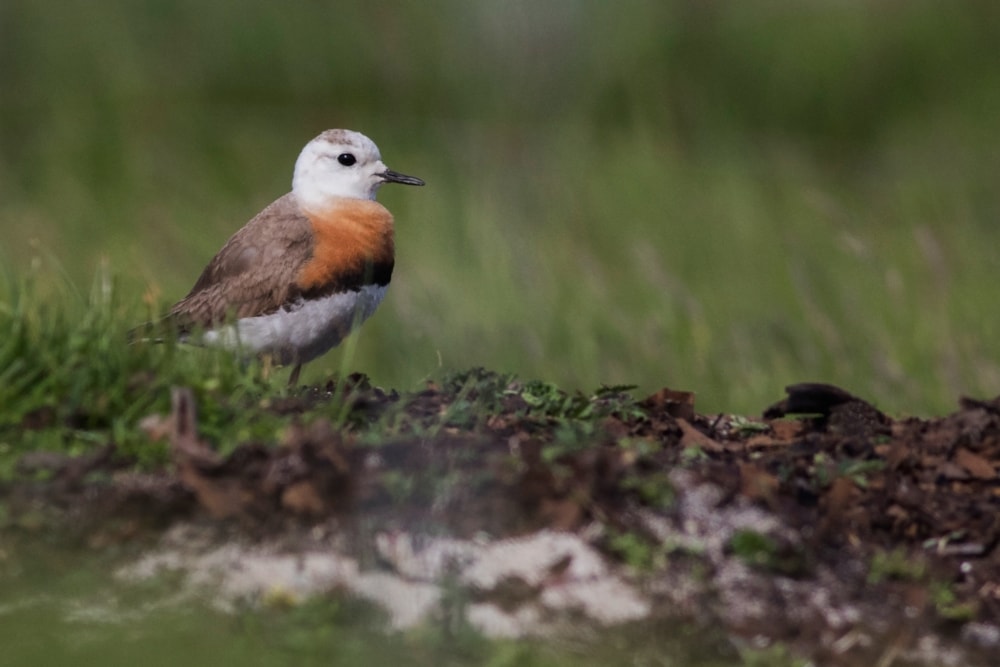 Aïda, who was on a phone call at the time of the discovery, simply shook her head – it was the first time Gunnar had used his binoculars in the field that day, in an area where Martin and I had been searching for godwits for several hours earlier on! Now the priority was to document the bird and to inform Martin, who was still at Kårøya, as well as local birder Steve Baines. After a short while the bird took to the air and followed the European Golden Plover over and down behind the cemetery. I went back to pick up Martin, and when we returned we found Gunnar, Aïda and Steve looking in different directions in the area where we expected the plover to have landed. "That's not a good sign," we thought, but soon Martin spotted a medium-sized plover flying over the cemetery in the direction of Kvalvågen. Heading back, we found the bird in the bay, this time alone. We got some really nice views of the plover in the midnight sun, and it seemed to have settled back in the same area where it first was found when we left the bay an hour later.

This was far from the first time a rare bird has been found on Røst. With national firsts of species like Swainson's Hawk (subsequently relegated to Category D), Hudsonian Godwit, Black-winged Stilt, Baird's Sandpiper, Franklin's Gull, Eastern Bonelli's Warbler and Black-headed Bunting, and records of several other rarities, including Swinhoe's Storm Petrel, Caspian Plover, Siberian Thrush and White-throated Sparrow, Røst is well known among rarity-hunters in northern Europe. It is also one of the best places in Europe to see Pacific and American Golden Plovers, Pechora Pipit and Pallas's Grasshopper Warbler.

As for the Oriental Plover, it stayed in Kvalvågen throughout Friday, and was seen until midday on Saturday (1 July). It was mostly observed feeding on insects on the rotting kelp or in the nearby grass pasture, but occasionally the bird would fly off and join the local European Golden Plover flock not far away. However, it seemed to prefer spending time alone in the bay, where it occasionally expressed aggressive behaviour towards the local Common Ringed Plovers. Some twitchers arrived on Friday and managed to see the bird, but even more on Saturday unfortunately arrived too late. 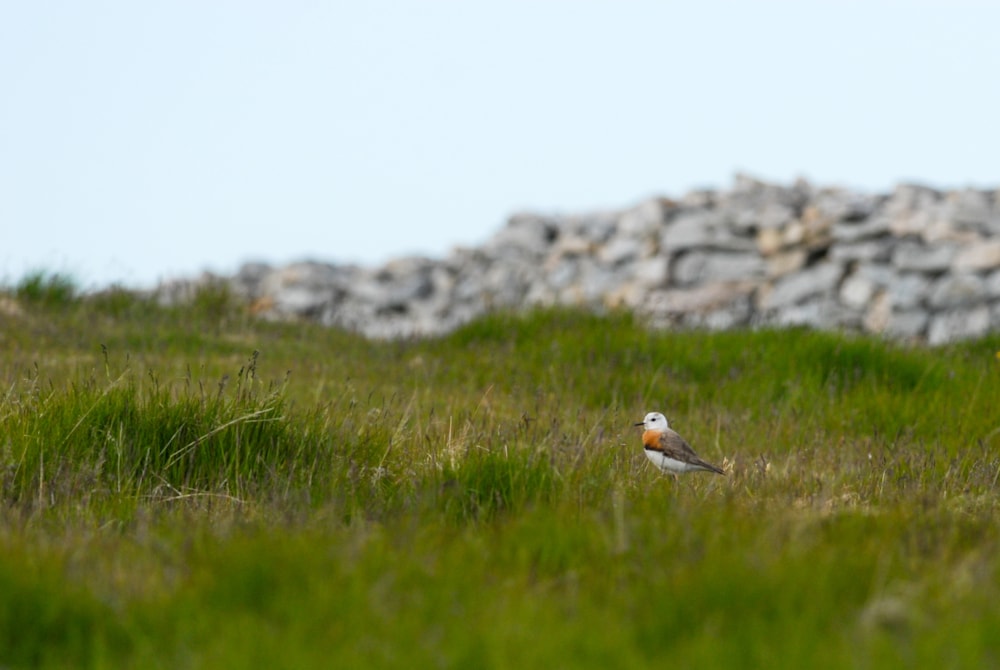 The only other Oriental Plover previously seen in the Western Palearctic was found near the small town of Ilmajoki, in south-western Finland, on 25 May 2003. That bird was present for just four hours, before it took flight and left to the north, and was never seen again. Like the Røst bird, the Finnish individual was also an adult male. 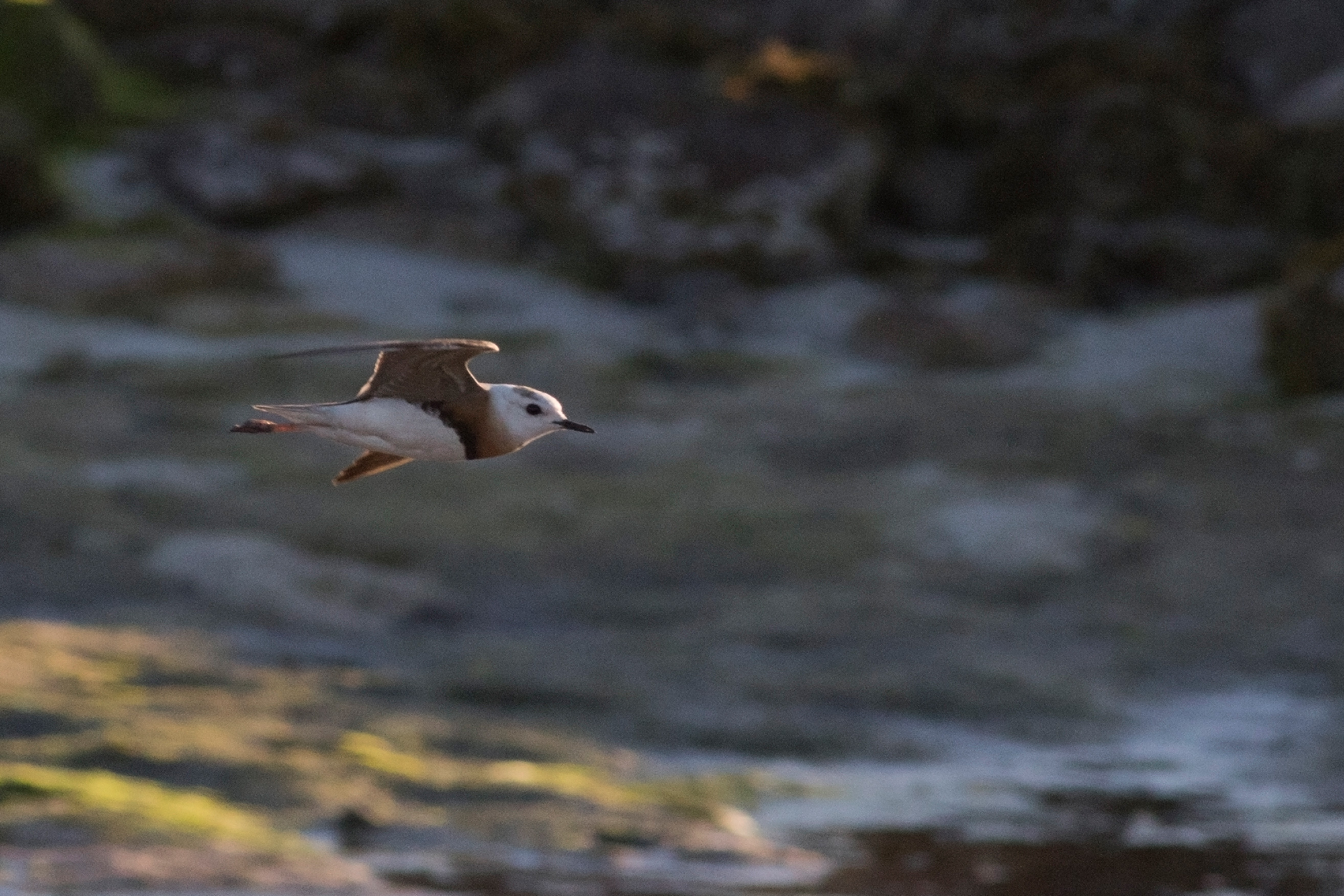 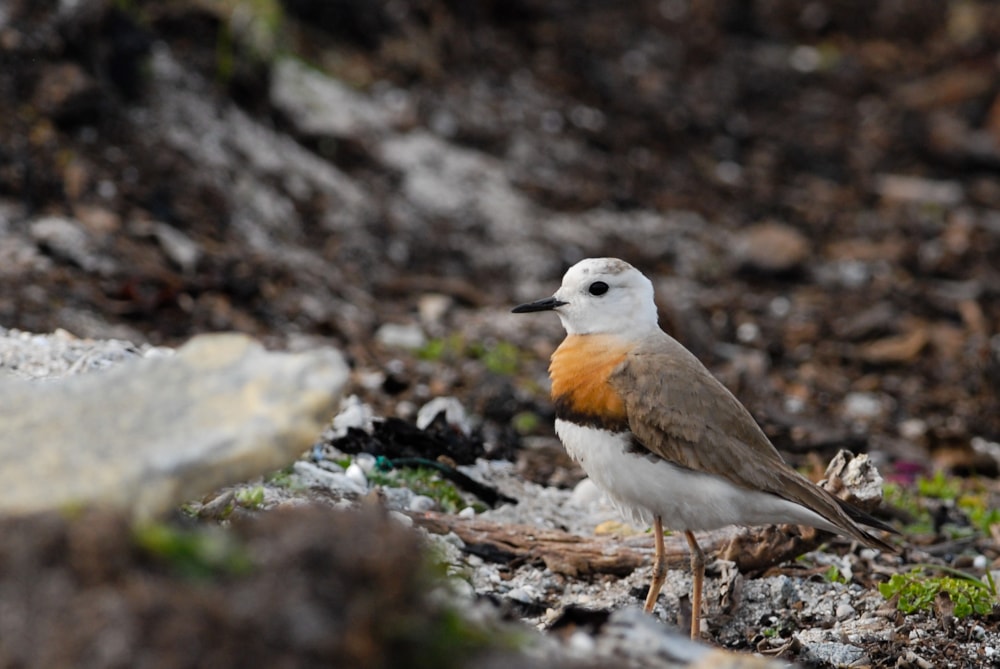 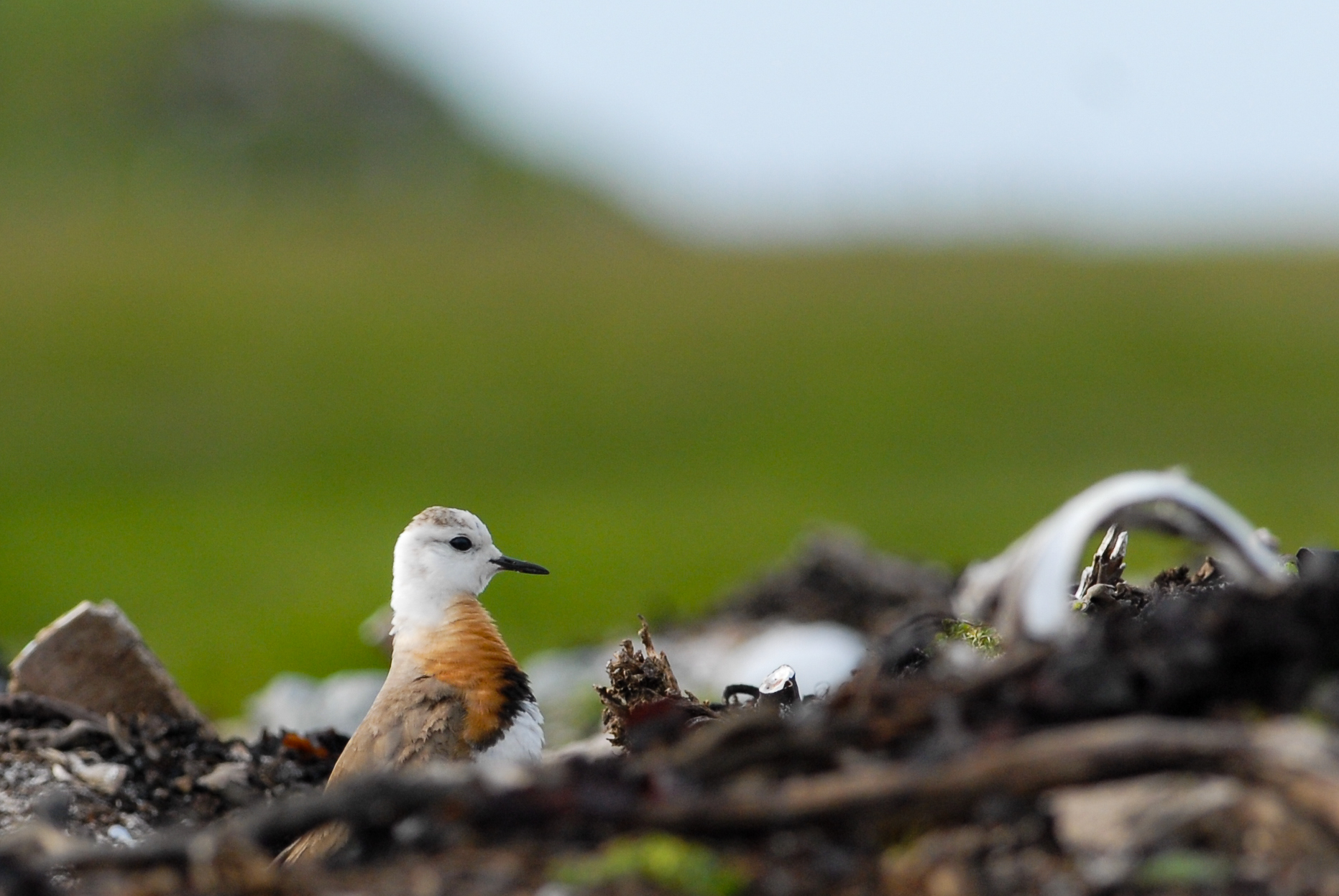 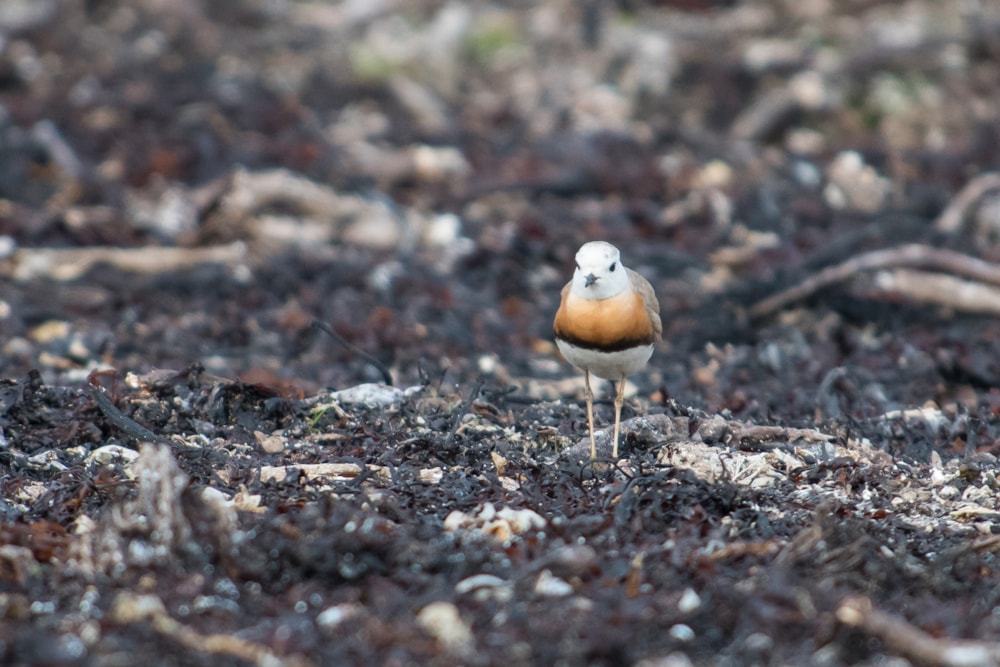 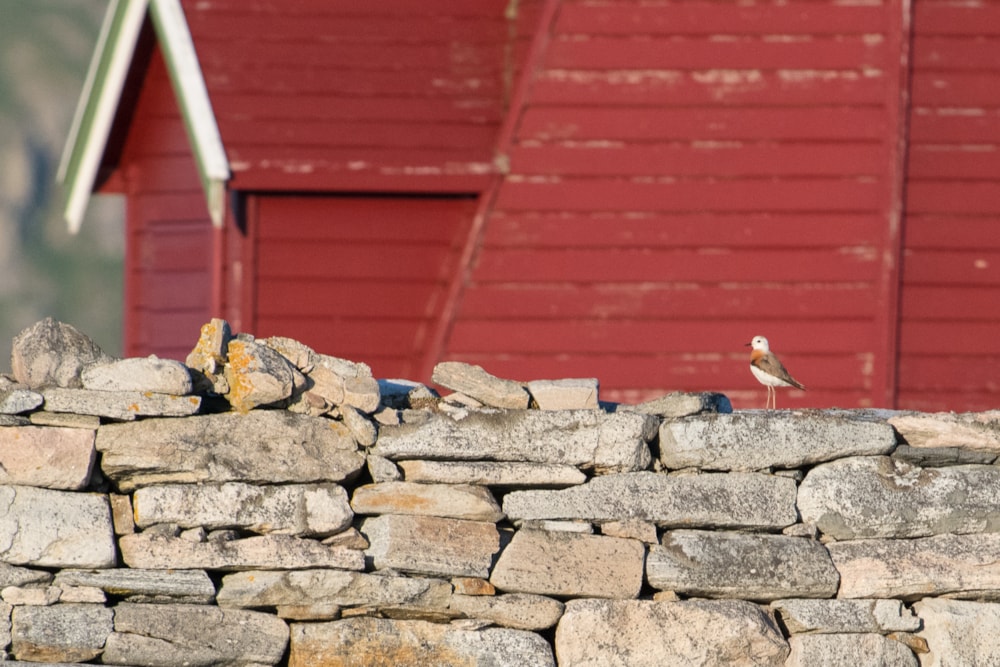