Almost continuous westerly winds had resulted in a rather slow spring by Fair Isle standards, with 14 May bringing light north-easterlies and the impressive sight of two Common Cranes making their way down the island.

A light south-south-east wind forecast for 15th brought a little more promise, although the charts showed that the winds actually originated from the Scottish mainland. It often doesn't take much to get arrivals on Fair Isle though and the morning trap round delivered a selection of common warblers, although the mistnets in the garden had been quiet. In fact, the mistnets had just been closed when Keith Pellow, who had arrived at the 'obs' late the previous afternoon, had a brief view of a subalpine warbler in the dense roses outside the library window.

A small crowd gathered and the bird eventually showed briefly again, with Assistant Warden Lee Gregory calling it as a Moltoni's based on the underpart colouration. He was familiar with the species from recent trips to Corsica and Sardinia and was confident that the pink underparts were unlike either Western or Eastern Subalpine Warblers. 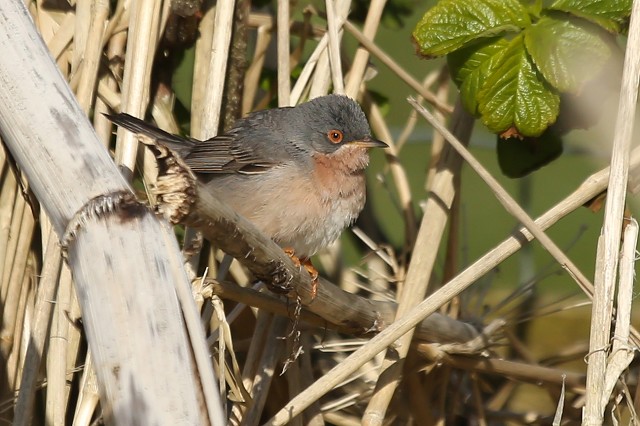 The mistnets were opened again, and the bird was caught and brought into the nearby ringing room. The first impression of those who were familiar with the subalpine warbler species complex — we've been lucky enough on Fair Isle to have had five Eastern and seven Western Subalpine Warblers, along with two indeterminate birds and a Moltoni's in the previous four years — was that the underpart colour was distinctive enough for us to be confident in naming the bird as a Moltoni's.

In the hand, the tail pattern could be easily ascertained, with the broad white tips to the outer two tail feathers ruling out Eastern Subalpine, due to the lack of any white wedges. Eastern Subalpine also generally shows a more intense area of reddish-pink on the throat, while Western Subalpine males are usually identifiable by an orange tone to the more evenly coloured underparts. 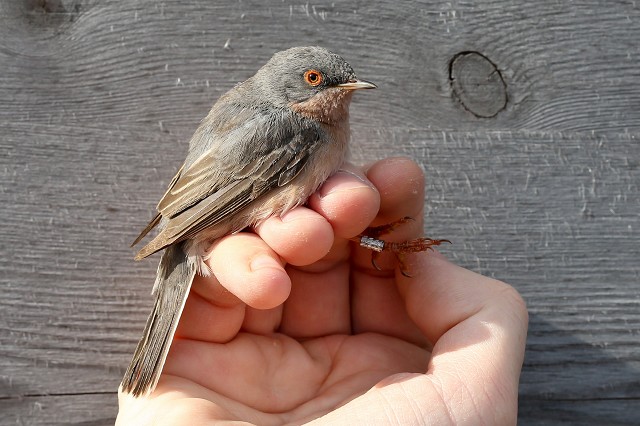 An attempt was made to sound-record it by playing back a few short bursts of Moltoni's Warbler song in the garden. Although the bird responded by investigating the source of the song, it didn't call back.

It was refound the following day further down the island, where its distinctive short rattling call (along with at least one burst of sub-song) was heard by several observers. It went on to show well in the area around Leogh until 25 May, usually feeding in short vegetation along the roadside, even attracting a charter plane at one point.

Analysis of the bird's DNA by Professor Martin Collinson at Aberdeen University confirmed the identification as Moltoni's Warbler, adding further weight to the ID criteria of males at least by plumage alone. 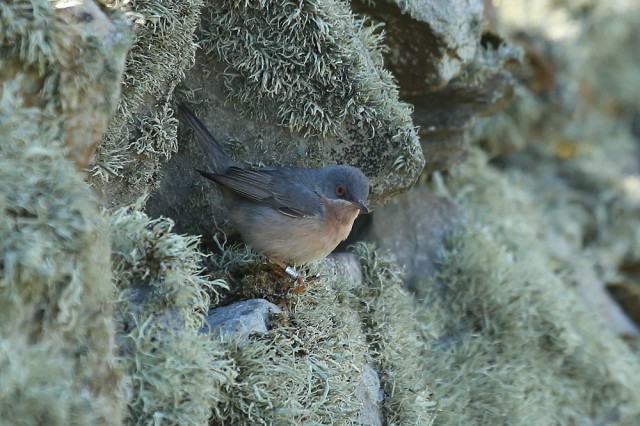 The DNA analysis carried out on seven 'subalpine warblers' trapped on Fair Isle in recent years has confirmed the field identification of most birds. The exceptions were a first-summer male Western Subalpine Warbler that was considered to be Eastern Subalpine at first because of its intense dark throat (although it had the typical tail pattern of Western) and last year's female Moltoni's, which was overlooked as a Western Subalpine due to the apparently identical plumage of the females of these two species. The female Moltoni's was noted as having broad, rounded tail feathers, as was this year's male, which may help point towards future Moltoni's in the hand.

Another interesting bird was a first-summer male Western Subalpine Warbler trapped in June 2013, which, although it was identified at the time as a Western (and confirmed as such by DNA), had much paler underparts than most Westerns and, in some photographs at least, appeared more Moltoni's-like to some observers. However, it appears that it is not the paleness of the underparts that is the most important feature, but the exact colour tone. It should be noted that this was not always easy to judge and, particularly in photographs, there were occasions when the throat appeared darker.

I saw the bird once shortly after it had been bathing and the darker tone that the plumage took on almost approached the colour of Western Subalpine, although this rapidly changed as the bird dried out. It is certainly worth basing identification of any Subalpine Warbler on views in a variety of lights and being very wary of assigning birds to species level based on one or two photographs.

With its recognition as a full species, Moltoni's is now firmly fixed in most rarity-finders' radars, but whether it proves to be a much more regular visitor than previously considered, or whether recent records prove to be a blip, remains to be seen.