When the first reports of a few American waders started to come in on 3 September, I knew it was time to start checking along the storm-beaches, as I do every autumn. Earlier in the week at The Long Rock, Aughris, I had re-found a Laughing Gull that was seen in the north of the county a couple of weeks earlier. It was while looking for this that one of my birding friends, Declan, found a juvenile Baird's Sandpiper. I had also found a Buff-bellied Pipit here last October: all very encouraging.

I started out late Sunday morning because the tide was low and the reefs along the west Sligo coast were exposed. This gives birds a huge foraging area among the seaweed and boulders, so it's next to impossible to give it proper coverage. However, when the tide covers the reefs, birds are more easily seen as they feed among the seaweed deposited high on storm-beaches during spring tides. After stopping by to see the Baird's Sandpiper, I continued west and checked another three storm-beaches before reaching Castletown, about half a mile west of Easkey.

As usual here, I pulled the car up to the beach and had a quick scan before getting out. I didn't see anything, but as I was getting out, three whimbrels flew in to the beach about 50 m to my left. As they banked, I saw a dark rump on one of them. I don't know if my blood pressure rose or dropped, I just felt something in my stomach. I just thought “Hudsonian Whimbrel, what now?” 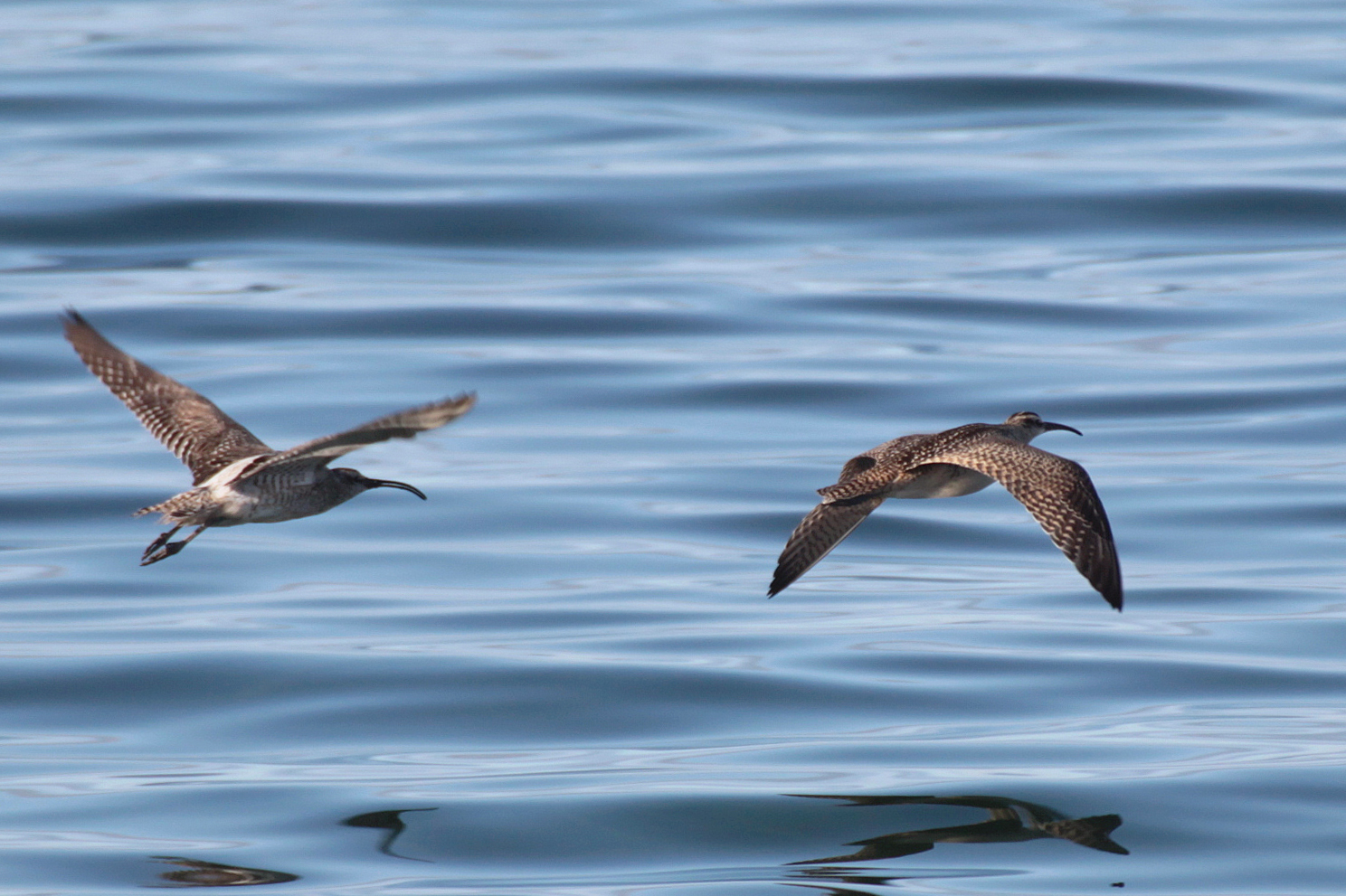 The lack of any white on the upperparts made the Hudsonian (right) stand out from the accompanying Eurasian Whimbrels (Séamus Feeney).

The car was facing the wrong way for me to get a photo but I knew that if I got out it might fly off, never to be seen again. I slowly manoeuvred the car towards the grass track that ran along the beach and took a few photos. They flew. My heart sank. Thankfully, they landed just a couple of hundred metres to the east. I didn't dare get out of the car. I decided to keep an eye on them while I contacted my closest birding friends and prepared for the long wait until their arrival.

While the two Eurasian Whimbrels were feeding with no obvious concern, the Hudsonian was feeding nervously, standing with its neck outstretched, jumping whenever a Rook came close or an Oystercatcher piped. Then they were up and away again, but only another couple of hundred metres further east – though if this happened again, that would be the end of it.

When the others arrived, I was only able to show them distant scope views. We were mulling over walking the beach for a better look, but there's not much cover so the risk was driving them off altogether. Then, unbelievably, they flew right back to us, landing within 30 m. Cue panic and the checking of camera settings, the sound of shutters, the odd swear word and three happy birders. The bird eventually settled a couple of miles west of the original site and was seen by many birders over the following week. 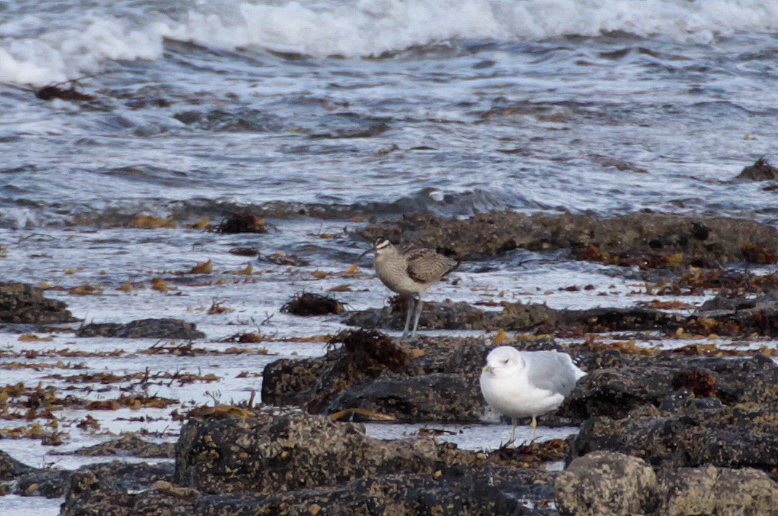 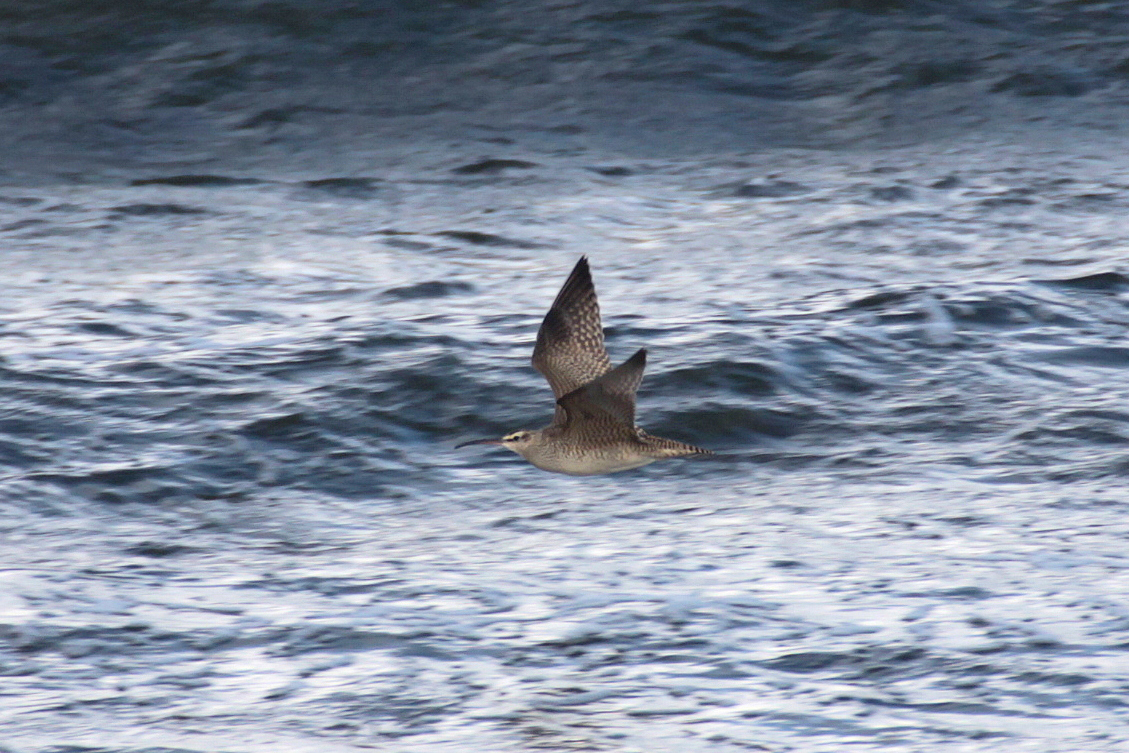 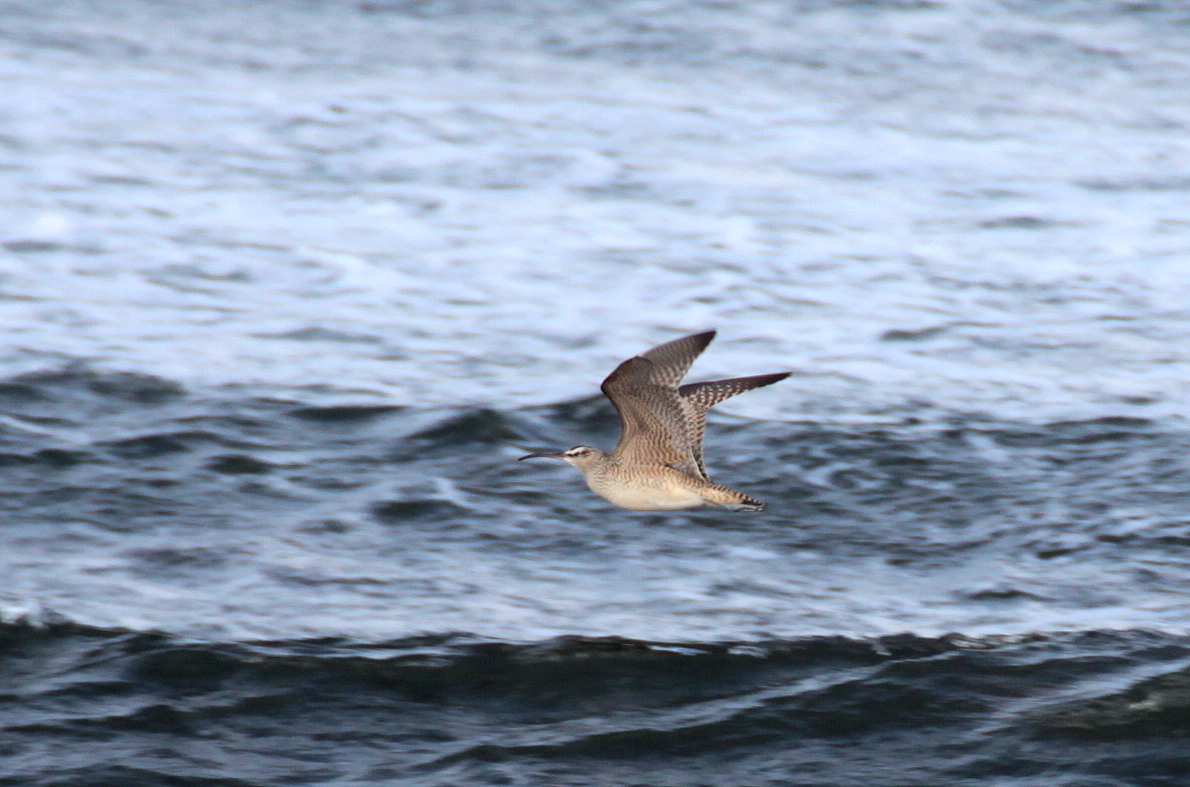 As well as the head pattern and dark upperparts, the warm, cinnamon-brown underwing of this bird is another feature of hudsonicus, while the fresh plumage and short bill clearly indicate it is a juvenile (Séamus Feeney).