Having spent a month as a volunteer warden at the Little Tern colony at Beacon Ponds, East Yorkshire, I was excited to see three sandy-coloured fledglings, which I'd been helping to protect, flying confidently around the beach. This, coupled with the ever-increasing number of returning waders, many of which were still in breeding plumage, meant that spending time at the ponds was becoming more and more enjoyable.

When I applied to volunteer at the colony, the job description hadn't mentioned the reputation of Little Tern wardens for finding rare birds during their time at Spurn – something that had only recently become apparent to me as Jonnie Fisk spotted a Squacco Heron fishing on Kilnsea Wetlands on our walk back from a night shift.

At high tide on the evening of 14 July, around 2,000 Dunlin littered the narrow stretch of beach that runs alongside the colony, a part of Spurn which tends to be less heavily birded in the summer once the terns have arrived. I had thought the day had peaked earlier that afternoon after finding a migrant Bedstraw Hawkmoth fresh in off the sea, feeding frantically on the Sea Holly. 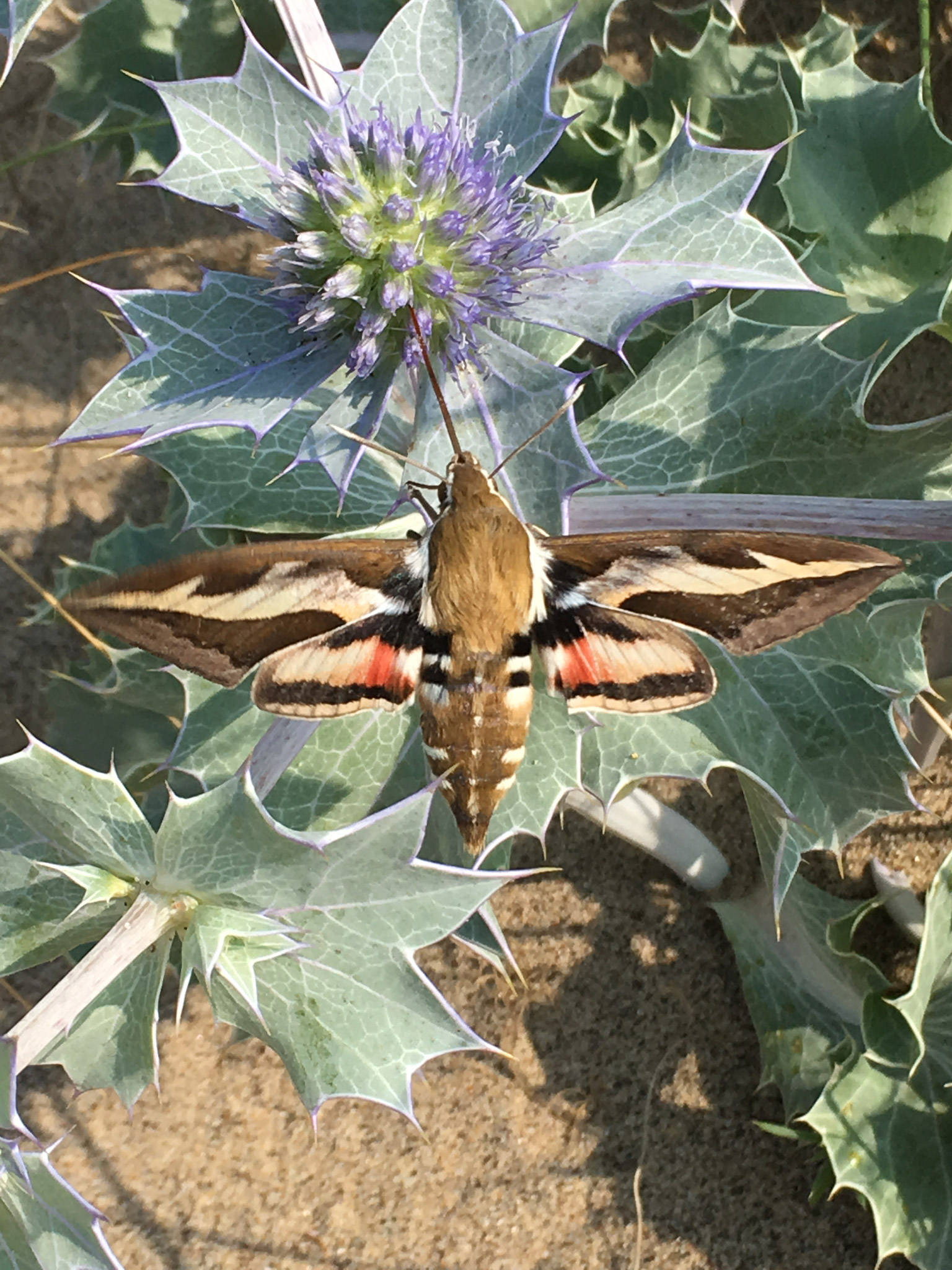 After asking a couple of people to walk away from the colony so as to not disturb the terns, their subsequent movements resulted in a small number of waders being flushed in my direction. As the birds landed, I noticed that one of the plovers had distinctly creamy-orange upperparts. With the local Ringed Plovers having had a successful breeding season, I had to double-take before I was certain that this bird wasn't just a strange-looking juvenile.

Grateful for having recently read up on rarer waders, in the hope that one might turn up on the ponds, I radioed out that a sand plover was on the beach, my voice shaking with adrenaline. I then ran back to the hut to grab my Collins Bird Guide in an attempt to identify the bird as either Lesser or Greater, neither of which I had previously encountered. 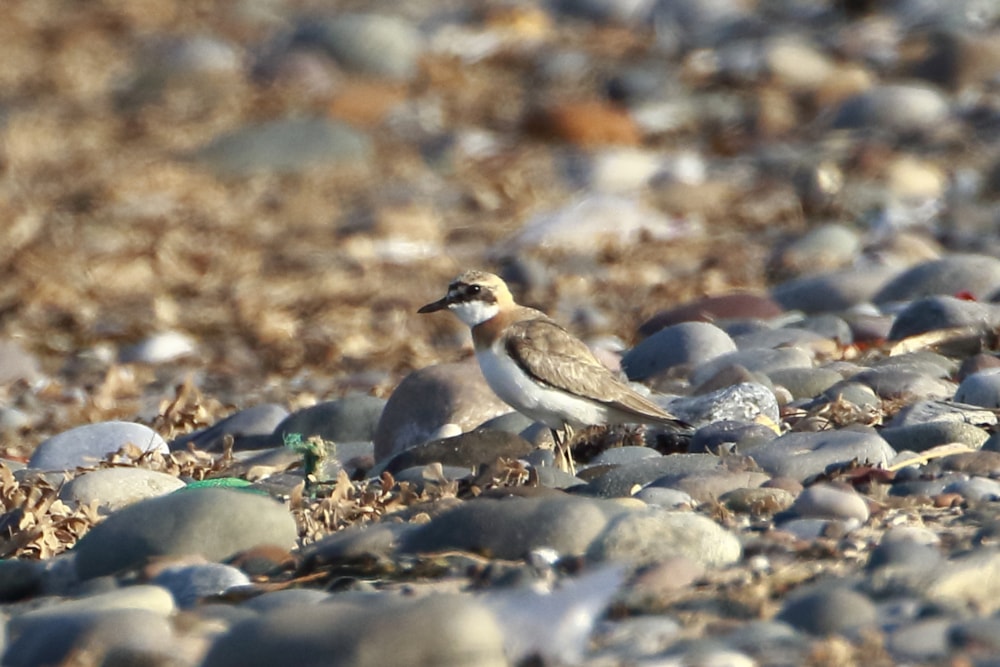 Doing my best to keep the bird in my scope as it was pestered by the plovers, I anxiously awaited the arrival of the local birders whom I could see appearing from the distance. The bird was cautiously identified as a Greater Sand Plover as Tim Jones and Jonnie Fisk, evidently two of the fastest birders at Spurn, met me on the beach. Although the bird was hunched close to the ground in fading light, the size of the bird and longer-looking bill meant that, to my great relief, everyone who had now gathered was in agreement.

The bird continued to show well into the evening, slowly making its way up to Easington boatyard, where a larger crowd had amassed. These closer views allowed me to really appreciate the different shades of orange on the bird and the black mask, which in this case helped to reveal rather than hide its identity.

The bird was refound along the same stretch of beach early the next morning, staying longer than the previous Greater Sand Plover at Spurn, which was found by Rael Butcher, the tern warden at the time. The plover continued its tour of the area, visiting the Warren after being flushed by a Peregrine, and after a brief disappearance, reappeared at Easington, offering good views to hundreds of twitchers well into the evening. However, it had gone by the next day. 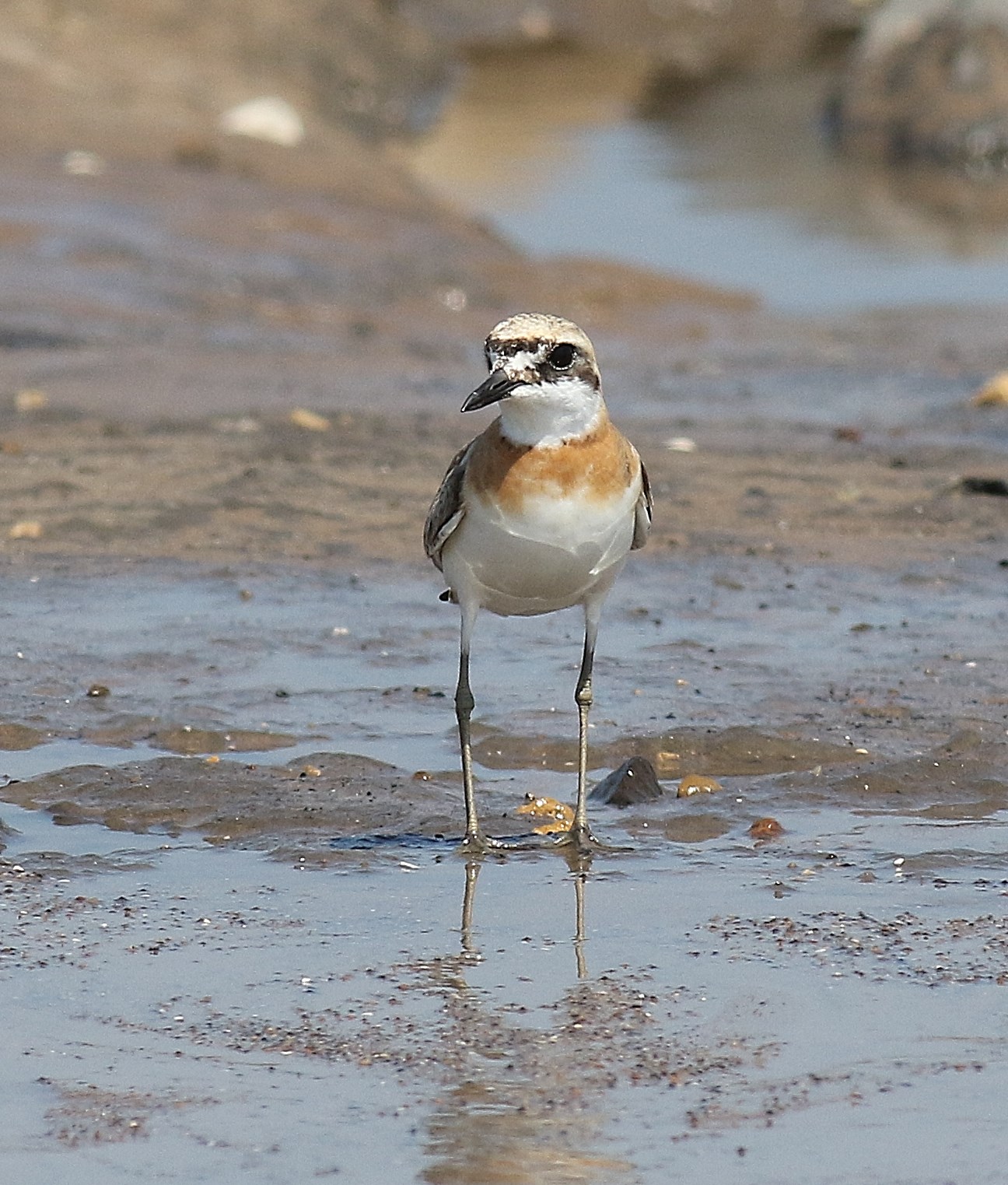