I live in Kincraig near Aviemore in the Scottish Highlands. I work as a full-time photographer and film-maker, and while I do a lot of conventional business photography, wildlife is my favourite subject.

Within our garden we have three rowan trees, which usually produce a good crop of berries. These invariably attract Redwings and Fieldfares. This year's berry crop was particularly good but by the last week of October, there had still been no sign of thrushes eating them. Then I noticed a few Redwings on 26 October, so I set up a hide to allow me to film them.

The light was perfect on 28th, so I went into the hide and proceeded to film the activity. The Redwings would fly in, quickly gobble a few berries and then fly away again. This may be a deliberate tactic to minimise the chances of being caught by a Eurasian Sparrowhawk. A few Blackbirds appeared as well and two Mistle Thrushes joined the fray. Then I noticed a bird that looked different.

It had an eyestripe and brownish back, like a Redwing, but it also had a grey head and no breast streaking. Instead of the latter it had an orange-buff upper breast with a white belly. I had never seen a bird like this before, so I filmed it to identify later. I wondered could it have been some unusual plumage variant or even a hybrid. 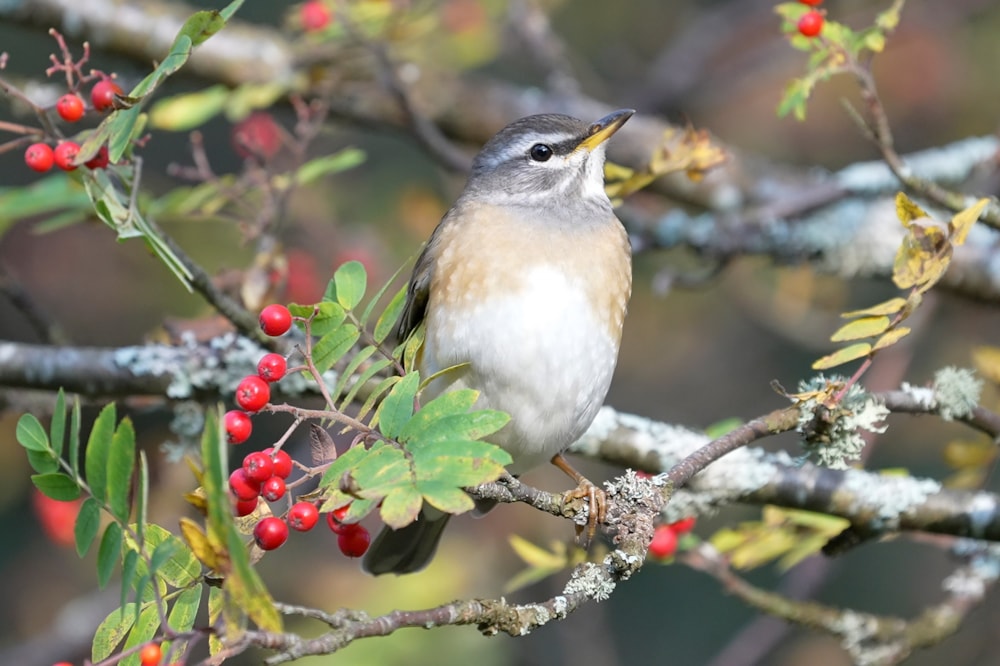 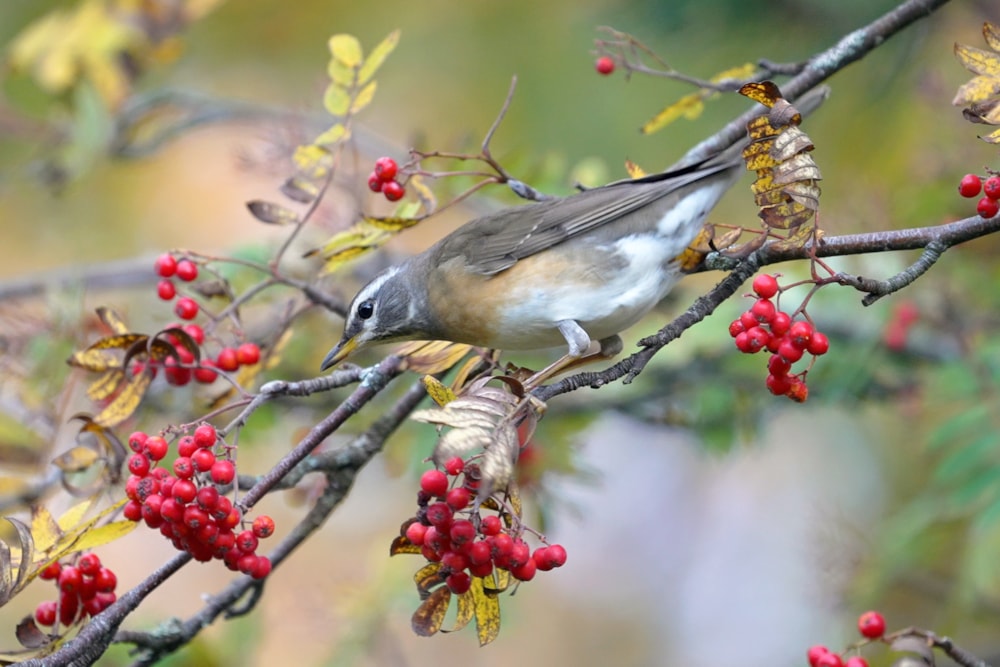 Two images of the Eyebrowed Thrush, taken by Keith from his garden hide on 28 October 2021 (Keith Ringland).

After filming, I went in to check on its identity and it stood out as a perfect fit for an Eyebrowed Thrush. I sent a photo to the local Highland Bird Recorder and he concurred with my conclusion.

I found the bird to be quite relaxed and unhurried in feeding, unlike the Redwings. After identifying it, I hoped to get some more footage of it, but it never came back. A day or two later, the Fieldfares had also arrived, but I simply thought the Eyebrowed Thrush must have moved on.

Footage of the Eyebrowed Thrush in Keith's garden on 28 October 2021 (Keith Ringland).

The weather was very wet over the next few days, but a local birder checking out the Redwings in another part of the village encountered the thrush again. This is apparently only the second record for mainland Scotland and the first for about 25 years. As I write, there are other birders racing to the village to see if they can spot it before it moves on. A very nice bird to see!