This is probably one of the weirdest finder's accounts I could ever hope to write ... With the season coming to a close on North Ronaldsay, Orkney, our usual hectic, 24/7 birding lifestyle had slowed down and we'd turn to more everyday tasks, such as shopping for supplies. This and the fact that Assistant Warden Dante Shepherd was heading home to London after the autumn season is what brought us to Kirkwall, on the Orcadian Mainland, in the first place.

We'd just been to a cafe for lunch and were heading back towards the flat on Victoria Street when Heather, my long-suffering other half, decided she needed to pop into the bank. I think that in a non-coronavirus world Dante and I would have probably followed her in and I wouldn't be sat typing this out! While Heather disappeared into the bank we stood outside, a little apart from one another, looking around rather aimlessly. It was at this point I noticed what I thought looked like hirundine fly between the two sets of houses lining either side of the narrow street. I thought little of it until it did it again. I thought to myself how it looked quite dark and seemed pretty big, too. 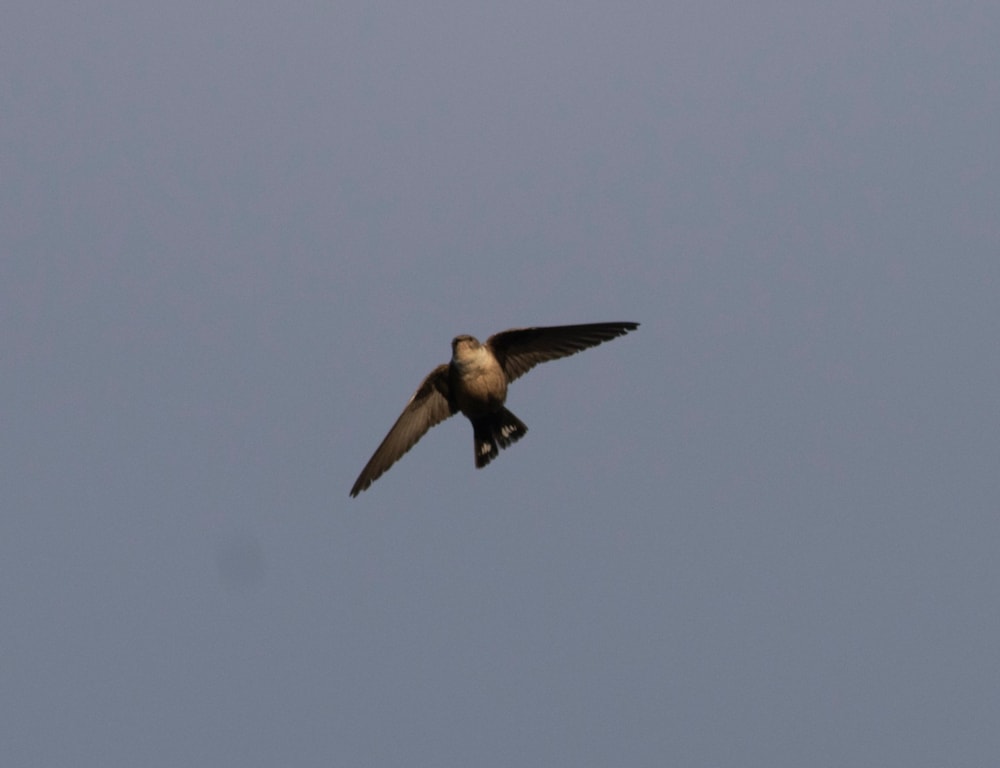 The first view Dante and George had was of a dark hirundine flying over the centre of Kirkwall, immediately triggering alarm bells for the pair (Dante Shepherd & George Gay).

I shouted over to Dante to alert him to the bird: "Mate, there's a martin or swift or something flying between the chimneys over here." He got onto it pretty quickly but we had no optics and no cameras – just full stomachs! We stood a bit closer to it and began to take it in. It was rather uniform dusky brown colour; clearly a swift or martin of some kind. We must have realised quite soon we were on to something good and Dante got excited very quickly (if you know him you'll get what I'm saying here); the tell-tale sign that something's good is when he starts grabbing you and indeed I was being grabbed by this point!

I don't think either of us remember much of the next few minutes, but from what Heather says there was a lot of swearing, pointing, general confusion and then I ran off. At this point I care to mention that we still didn't know what the bird was. I've seen hundreds of Eurasian Crag Martins on trips abroad but this didn't click, probably because we were in Orkney in November and it was bloody cold! 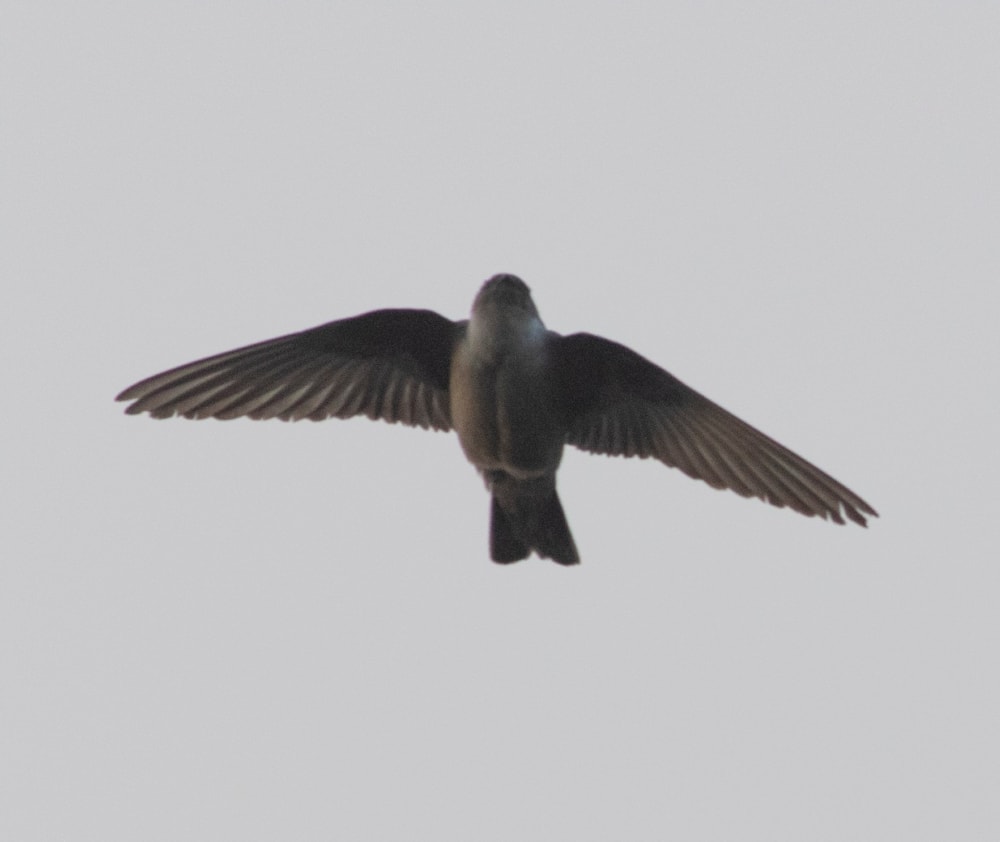 Orkney's only previous Eurasian Crag Martin record was also on the Mainland, at Finstown on 3 May 1999 (Dante Shepherd & George Gay).

We'd chucked a few birds into the mix at this point and Chimney Swift seemed a good candidate, although what we were watching was too big. Moments like this are barely filled with clarity and rational thinking, though. We decided between us that I'd run back to the flat and grab binoculars and a camera, while Dante would stay on the bird. By this point we'd sort of decided on size and colour it was probably a swift of some description, but to be fair our initial views were rubbish and chaotic. I ran to the flat, still shaking with adrenaline, and returned.

By this point the bird was passing low over the rooftops and Dante grabbed me and said: "It's a f***ing crag martin!". This was followed by a tyrade of swearing and hugging one another, before we put the news out to Paul Higson, Alan Leitch and the rest of Orkney's birding community. I think by this point we'd caused quite a scene; where the martin was is effectively the high street, so there were plenty of people going about their daily business and two young lads pointing at rooftops talking loudly and trying to photograph something isn't exactly what you expect to see.

I'm not sure I'll have a more eventful shopping trip and honestly, I'm not sure Heather wants me to have one. I never did get that microwave ... 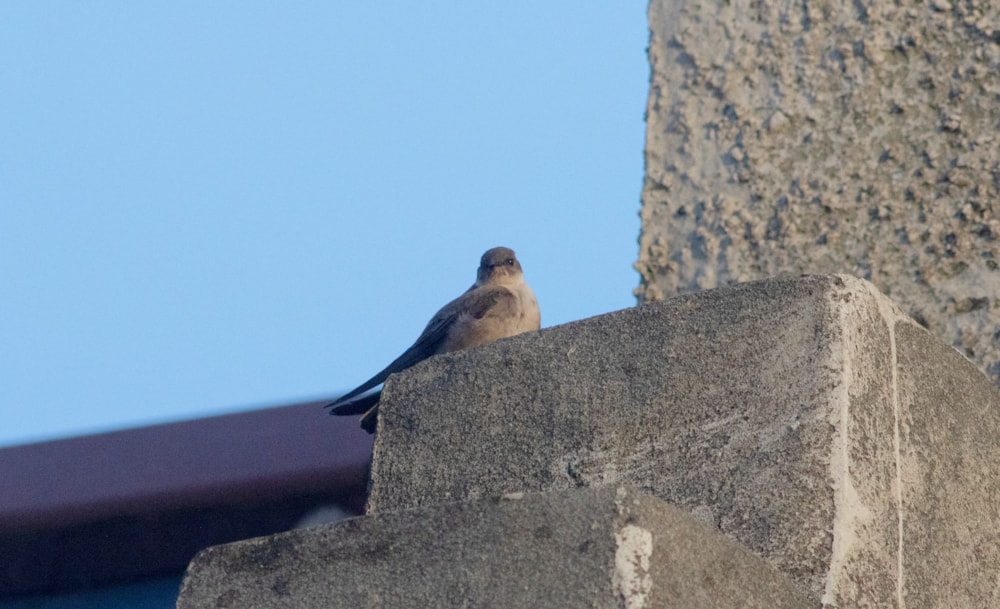 The bird appeared to roost at St Magnus Cathedral, but there was no sign the following morning (Dante Shepherd & George Gay).

The record is the 13th Eurasian Crag Martin for Britain, pending acceptance, but only the third for Scotland. It's the third year on the spin the species has been record on our shores, following a 2019 bird in East Sussex and Scotland's second in 2018 (on Fair Isle). Eurasian Crag Martins have turned up in Britain during a real spread of months between April and November and locations where they have been found are rather varied, too, though there is a slight edge towards spring overshoots in southern England.

Ranging from north-west Africa and southern Europe east to north-east China and southern Siberia, Eurasian Crag Martin breeds as close to Britain as southern Germany and southern France but these populations are sedentary, going some way to explaining the species' continued mega status here. Further east, populations are more prone to migratory movements and it may well be that autumn records – especially in northern locales such as this one – are from Asia. That said, a recent run of strong southerly winds may have carried this bird from southern Europe. 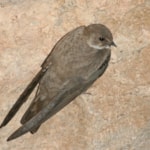