My usual morning routine on my north-west Anglesey patch alternates between Carmel Head – where I had found Anglesey's first Eastern Subalpine Warbler at the start of June – and the area around Cemlyn Bay. I had already birded around Cemlyn the previous day, but as it was early July I thought I had a better chance of finding something interesting if I concentrated my efforts around there again rather than at Carmel Head.

Arriving at 6.30 am – a later start than I had been hoping for as I had stayed up the previous evening to watch the England match – I stopped on the west shore of the lagoon to scope the lagoon and tern islands. Meeting Mark Morris, the Cemlyn Warden, we mentioned that it would be nice if one of the Caspian Terns that had been wandering around the UK could turn up here. With little of interest on show, I headed to the coast for an hour's seawatch.

After seawatching for little over an hour I decided to head back to the lagoon and walk along the shingle bank to view the tern nesting islands in the hope of picking up one of the Roseate Terns that have been seen regularly in recent weeks, or a passage wader. I had been checking through the terns for about five minutes when I picked up a Sandwich-type tern which was facing me with an obvious pale yellowish bill. Watching it for a couple of seconds, I grabbed the camera and took a dozen or so shots before the whole colony took flight. Really frustrating! 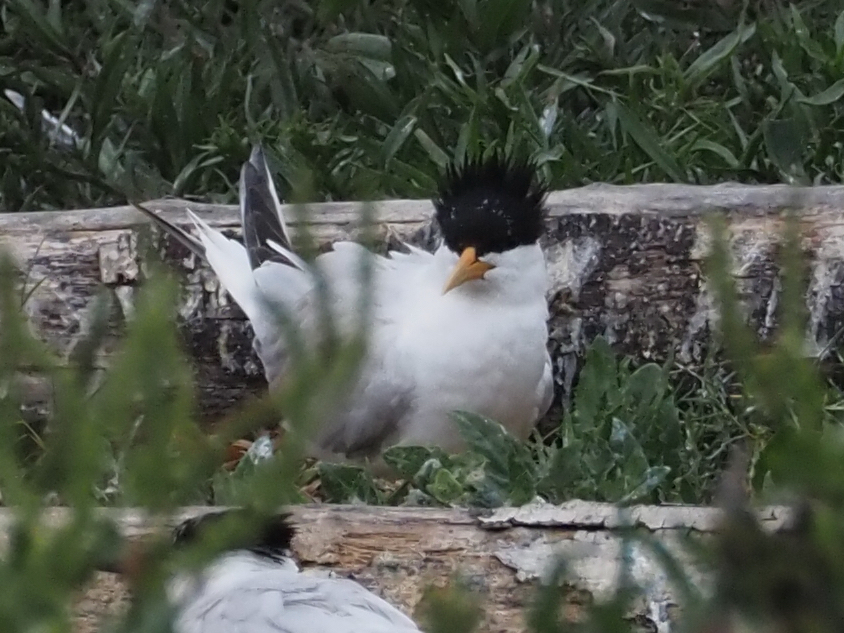 Mark's initial views were of a yellow-billed Sandwich-type tern staring back at him from the colony (Mark Sutton).

As my first impression was of a yellowish bill, my initial thoughts turned towards Cayenne Tern, which, coincidently, I had seen a look-alike for at the same spot back in 2006. But, I was very conscious that I needed a better view to confirm its identification. I posted back of the camera photographs of the bird on a couple of WhatsApp groups to alert others of the bird's presence. This obviously caused a bit of a stir and prompted lots of questions as to its identification, which at this point in time I really did not know.

Now desperate to re-find the bird, I tried to ignore the constant queries via WhatsApp and started to methodically check the colony in the hope of relocating the bird. After a nerve-wracking 40 minutes, I noticed an orange bill occasionally appearing out of the thick vegetation, as it was lifted skyward.  After a couple of minutes, the bird walked forwards slightly to reveal its bill and part of its head. It was now apparent that the bill was more orange than I had at first realised and appeared longer than Sandwich Tern. My thoughts now turning to Elegant or Lesser Crested Tern, after another minute or so the bird took flight and was again lost to view. 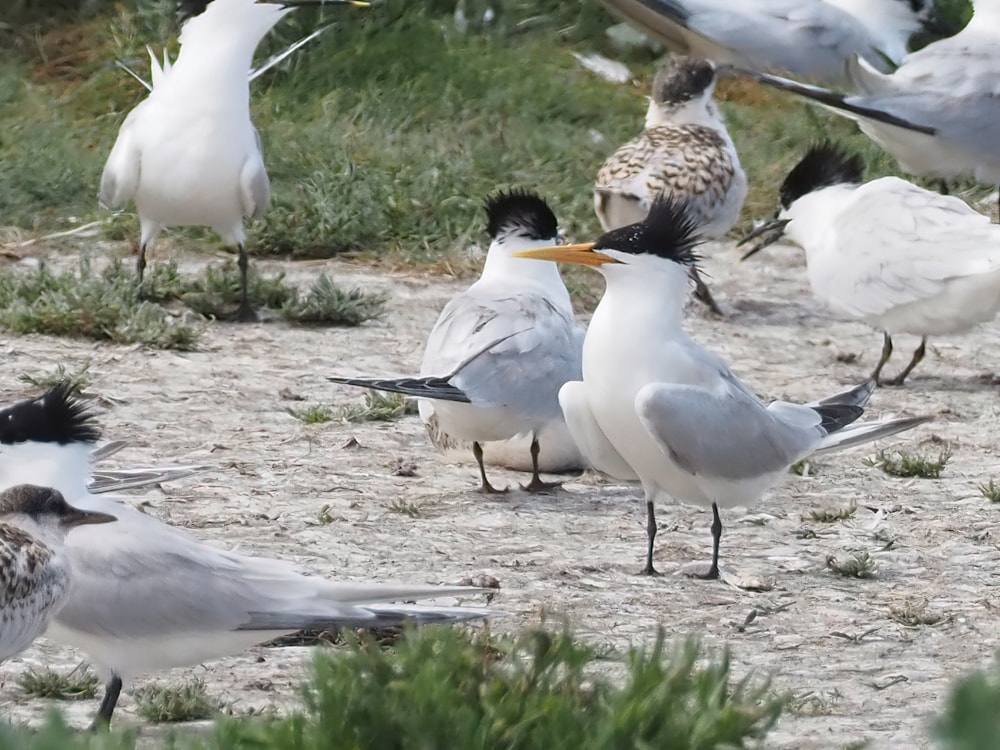 Shortly after, the first birders started to arrive and it was soon picked up again and showed well on and off for the next half an hour or so. By now, I had now posted a few photos showing bill in profile and the general feeling was that it looked good for an Elegant Tern. Further scrutiny of my photos showed that it had a white rump, another pro-Elegant feature and one that ruled out Lesser Crested Tern. I felt fairly comfortable that it was an Elegant Tern and left the site to fetch my wife Linda, as it was a tick for her.

The bird showed well on and off all day, with the occasional, trip out to sea. That afternoon, I spent a couple of hours checking the available literature and numerous photographs on the internet which reinforced my belief that the identification as an Elegant Tern was correct – a combination of bill colour and structure, upperpart colouration and rump colour ruling out all other possibilities.

Photo analysis suggests that it is likely to be one of the three mature birds from Polder de Sébastopol, Barbâtre, France, present between 19 and 27 June. The other two are still there, paired up and raising two chicks in a large colony of Sandwich Terns and Mediterranean Gulls (see here). The male of the pair is known as 'Bird C' and has visited Britain in the recent past, appearing at a number of sites in southern England in June 2017. The second Welsh record, it follows one at Black Rock Sands, Gwynedd, in July 2002. 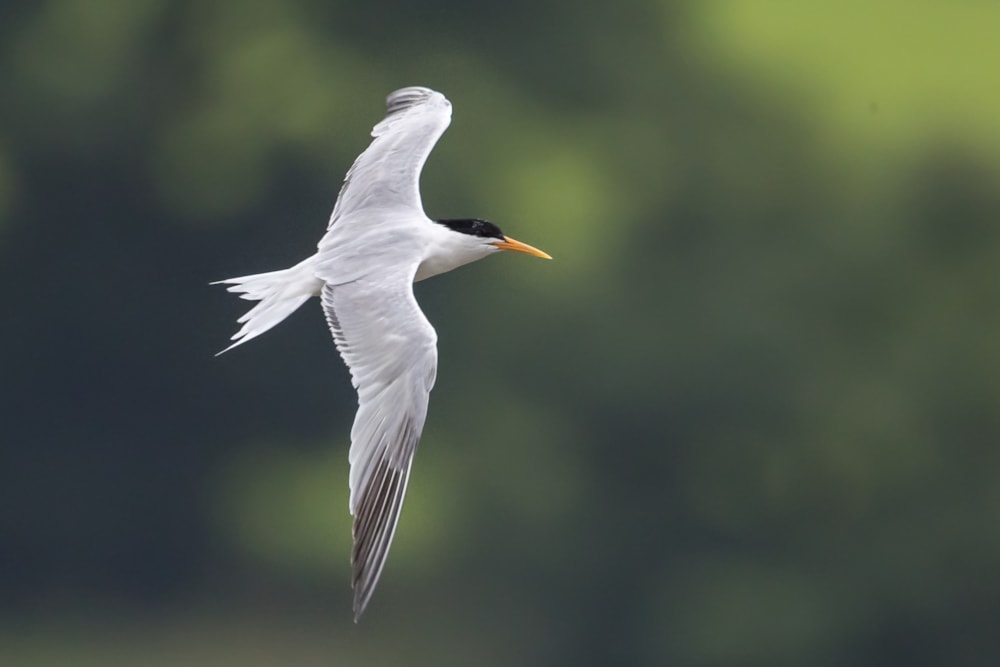 The Elegant Tern appears to be the same individual present at Polder de Sébastopol, Barbâtre, France, between 19 and 27 June (Ian Bollen).