My visit to the quarry at Pwll-du in the hills above Blaenavon, Gwent, on Thursday 12 October was the second time I had been to the site that week. I had visited both times in the hope of finding and, more importantly for me, getting photos of Ring Ouzel, which pass through the site on migration some years. Flocks of up to 10 have occurred on occasion.

With Wednesday night cloudy and damp and Thursday forecasted to brighten up during the morning, I calculated that this was my best chance of finally succeeding after three years of trying. When I arrived on site it was still cloudy with light drizzle, and the usual dog walkers were there.

Leaving the parking area at the start of the circular walk, it immediately looked promising, with around 20 Meadow Pipits and a pair of Stonechats in the first 50 m or so. The quarry at Pwll-du (Black Hole) is a further 400 m or more along the old tramway, and I got there at about 10 am.

In order to get views of the whole quarry, I walked a little way down to the middle level of the ‘hole’ and immediately spotted two more pipits and between them a much larger and unfamiliar spotted brown bird. I took a few distant photos before slowly moving towards them. I was wary of approaching rarities when common birds are close by from past experience, as they can end up flushing the target.

I got to within 30 m or so of the birds without any reaction. They remained unmoving, perched on the top edge of the quarry face, and by this time I was aware that the bird was something I had never seen before (having never been birding abroad), and so was unable to identify it.

The bird, which looked huge when compared to the nearby pipits, was apparently a juvenile, being heavily spotted on its dark brown mantle, and had broad pale edges to its wing feathers. The most striking features however were its reddish breast, underside and tail, along with its white rump. Was this a young American Robin? I had no idea, but it seemed to be about that size.

I continued to take more photos until the birds flew off, the ‘robin’ flying across the quarry and landing on the rocks opposite. That should have been a clue, but the penny still didn't drop. I took a few very distant shots across the quarry before retracing my steps to the other side of the hole, but failed to relocate the bird. 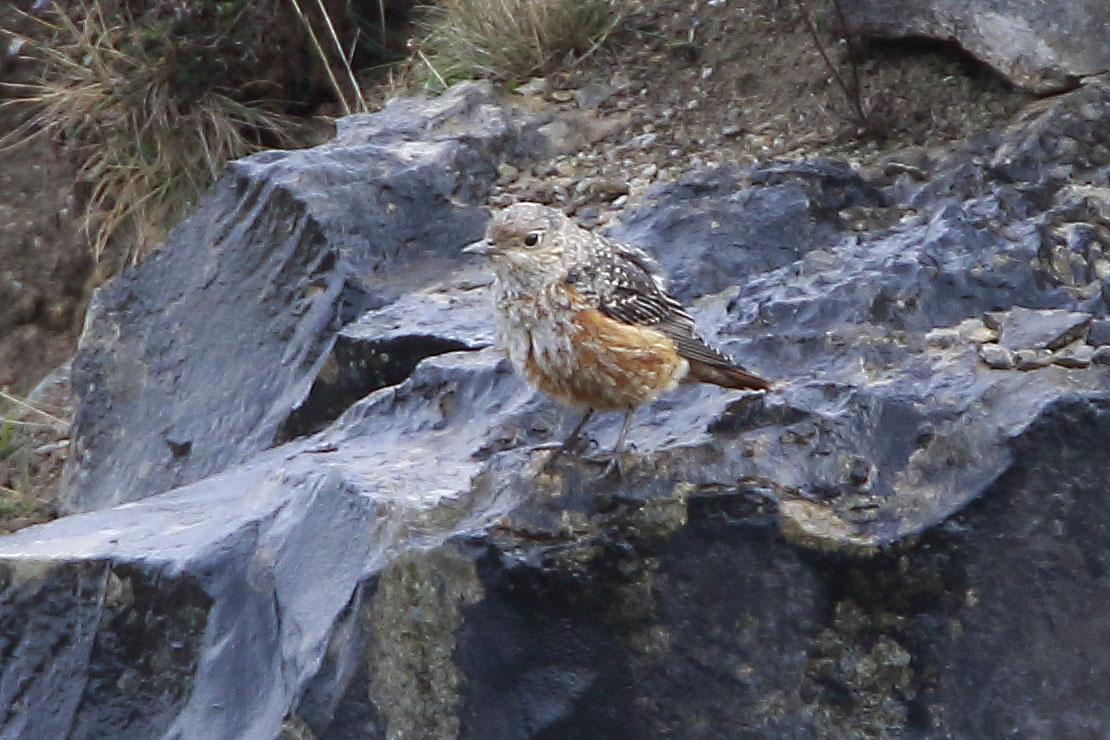 One of John's first images of the Common Rock Thrush, taken moments after discovery.

At about 11 am, I returned home to south-east Newport and was able to consult both the Collins Bird Guide and BWP Concise, establishing in my own mind at least that the bird in question was a male Common Rock Thrush. I was also able to establish that this was a first for Gwent as I had suspected, so I sent an email to the county recorder with one of the photos attached.

Tom Chinnick then got in touch with the county’s upcoming recorder Darryl Spittle, and they both dashed to the site and immediately re-found the bird, confirming the bird’s identification. The news was then posted on the internet. Tom was also able to confirm that it was a first for Gwent, the third for Wales and the first since the 1980s.

At the time of writing, the bird is still on the site and more than 1,000 birders have seen it, including Darryl Spittle’s 15-month old daughter, whose year list remains ahead of my own, though I think I'm still ahead of Tom Chinnick's six-month old son. 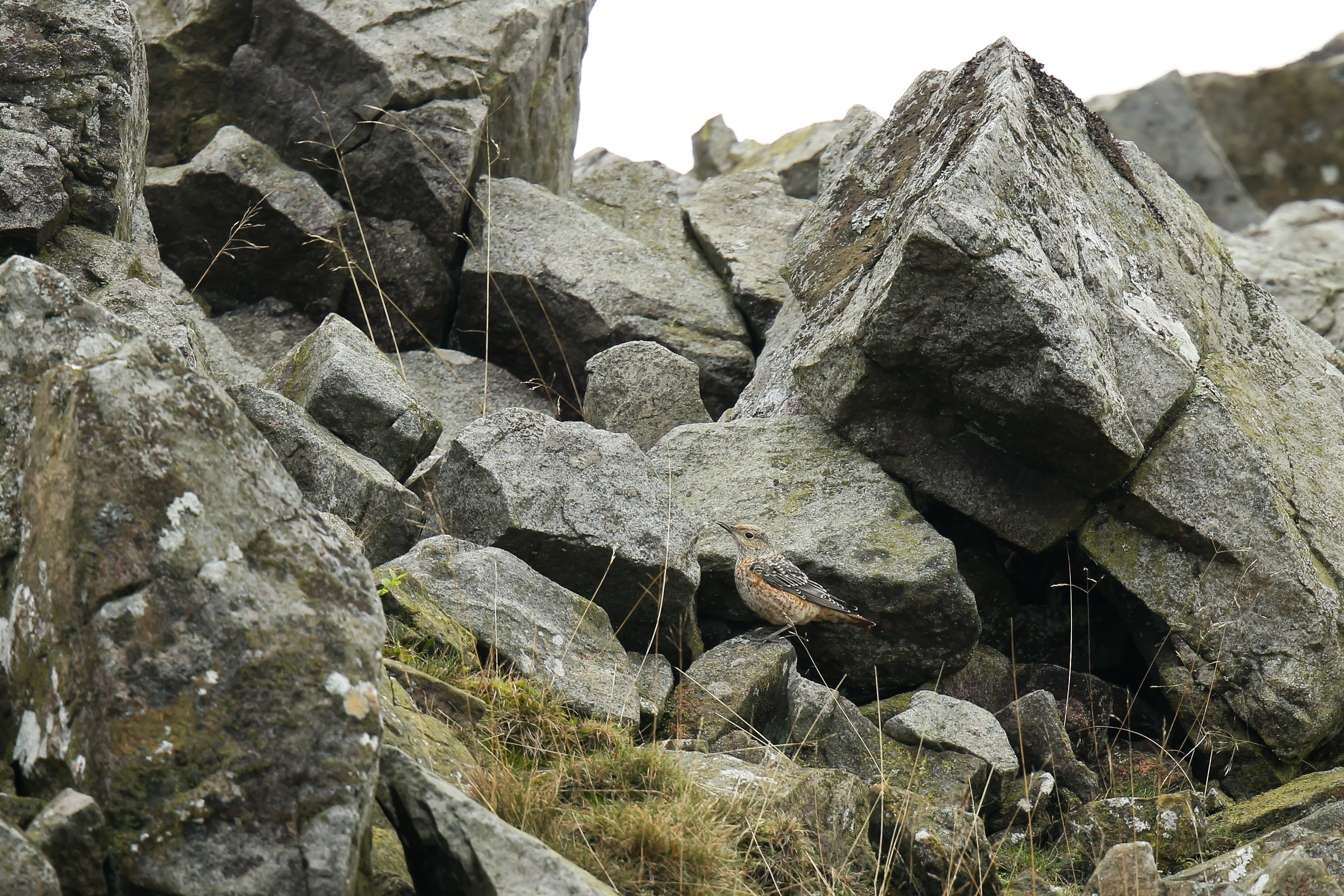 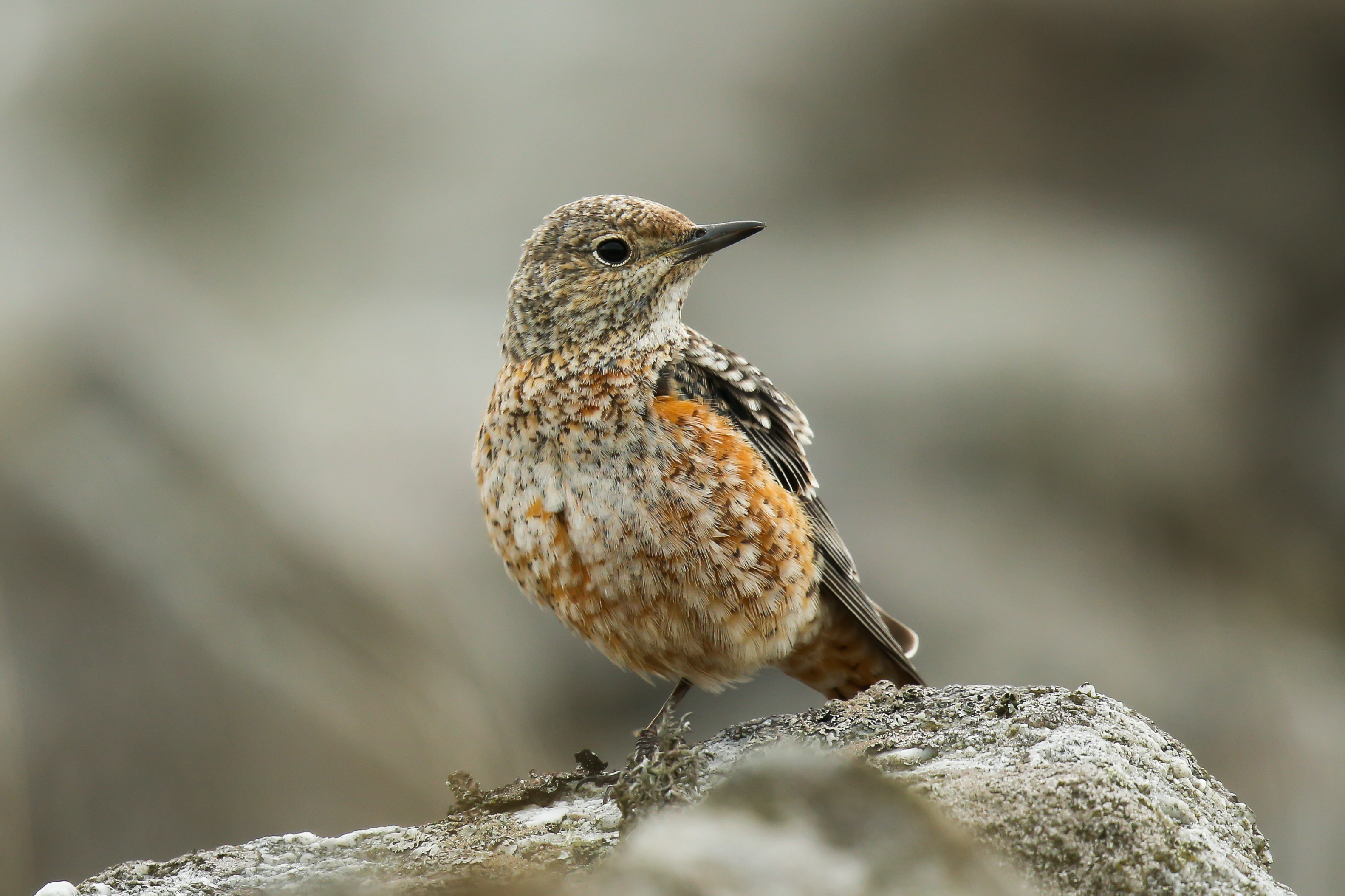 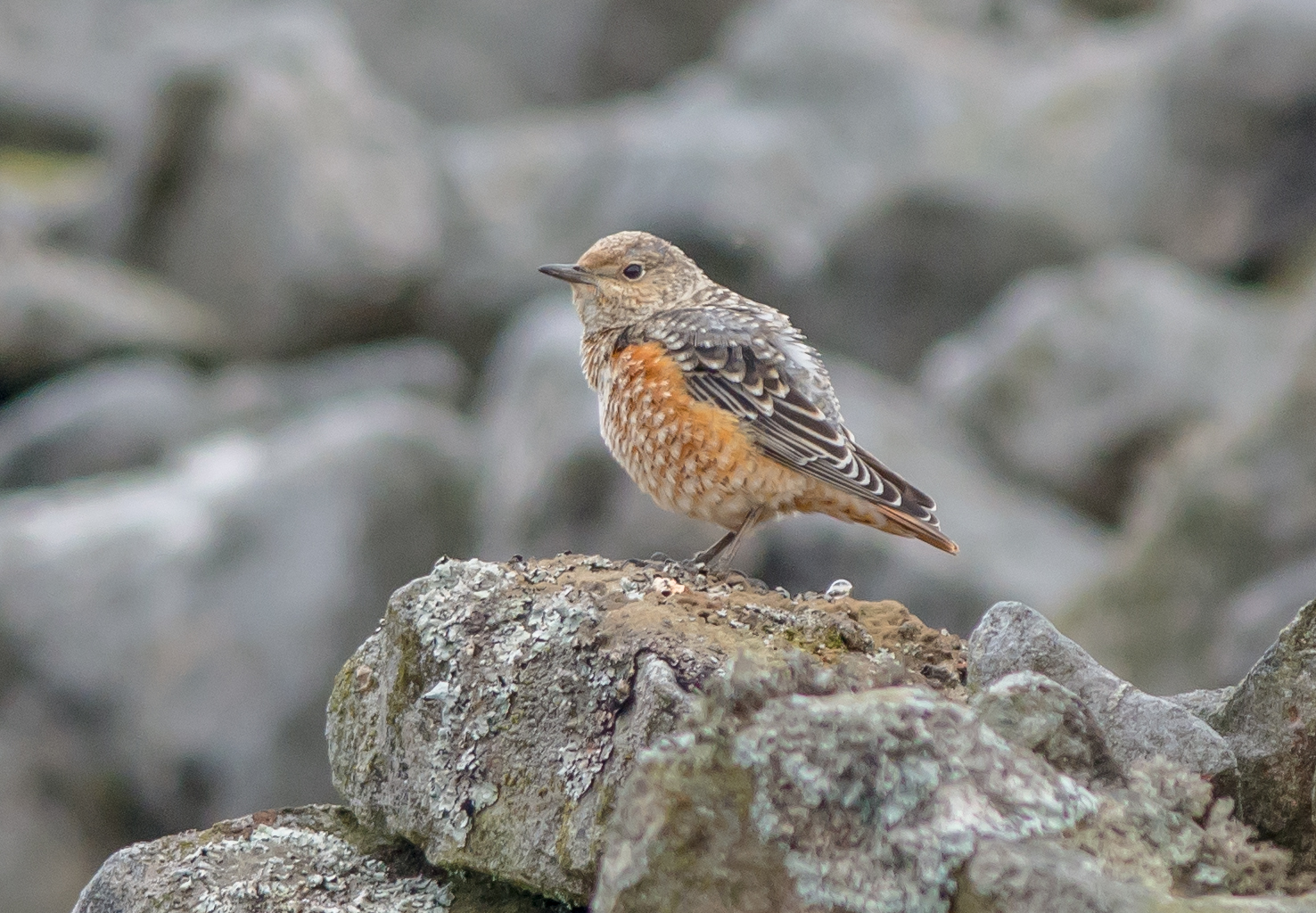