Having been in the right place for the American Cliff Swallow the day before, I was very aware that all the birders were heading off to see it on Tresco when I got my group onto the boat to St Agnes on Tuesday 3 October. A quick look around at those on board confirmed my suspicions that there were only a handful of birders. I remember thinking that not many were going to be looking at St Agnes today.

Once ashore, we set off towards the west side of the island. A Sand Martin flew over and a Pied Flycatcher was feeding in the first of the Browarth fields. However, it was a warm sunny day and the group were happy to see whatever I found. The Whinchat we saw flitting about the hedge at the back of the main Browarth field was much admired, and my group were taking turns at looking at it through the scope when I became aware of another bird sitting up on the hedge top. It started actively flycatching as I first looked at it through my bins – it looked strangely familiar but out of place. I quickly realised that it looked like a young Cedar Waxwing, a species I had seen feeding in a similar manner in Florida, USA.

I grabbed my scope, and once I had relocated the bird I could see its yellow-tipped tail, perky crest, white undertail coverts and distinctive face pattern – it certainly was a Cedar Waxwing! That was when I was torn between trying to keep the scope pointing at the bird for my group, attempting to get some record shots and putting out the news. 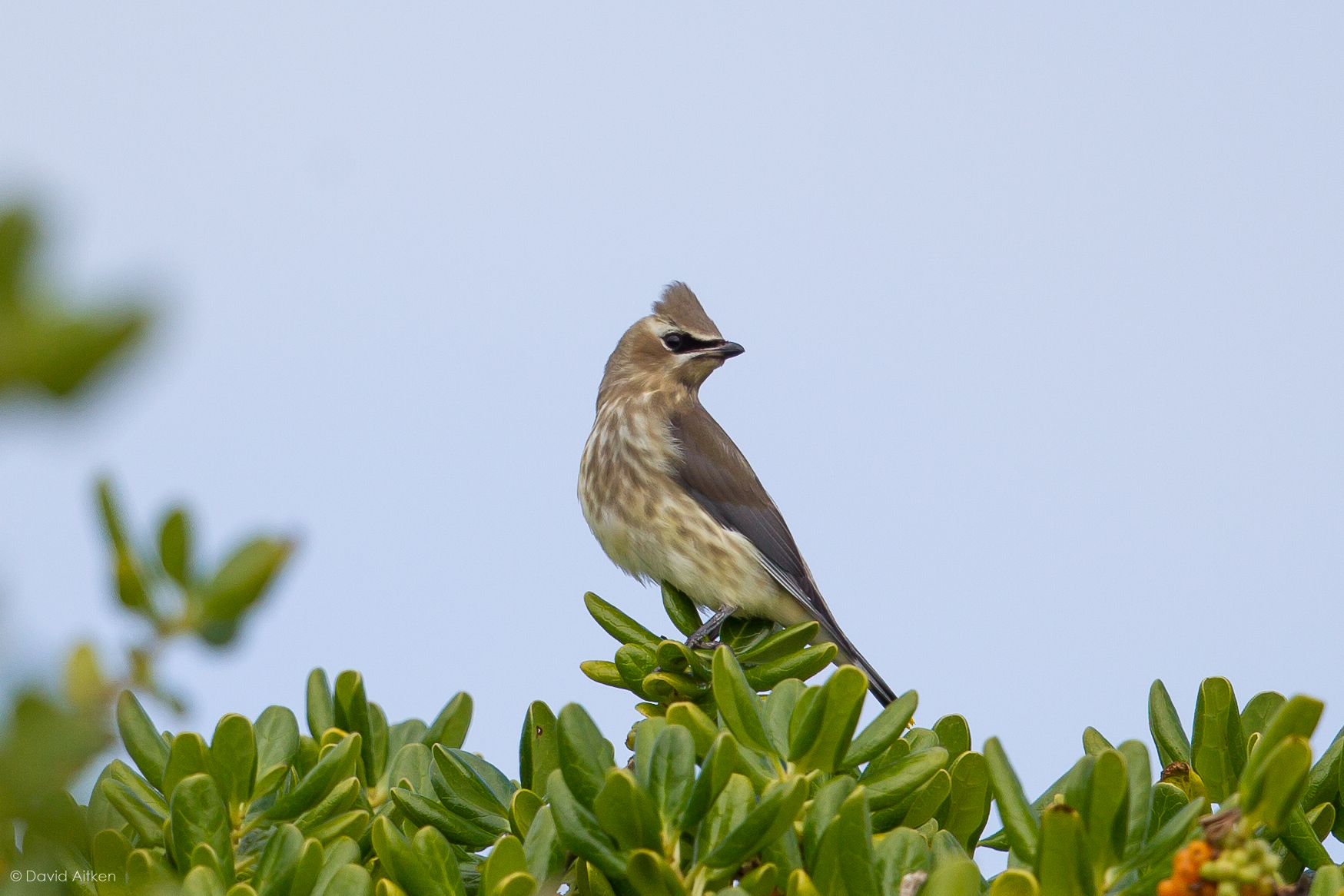 The general reaction of those on the end of the phone call to the news services, and of local birder Doug Page, was incredulity, but they soon realised I wasn’t joking. I was happier once I had some photos and the bird showed well to the group as it moved up and down the hedge, although the Whinchat and a Robin were badgering it. I was talking to Doug when it dropped off the back of the hedge, which was the last we saw of it, although I didn’t know that at the time.

Fran Hicks then turned up without knowing what we had seen, and was soon joined by Doug as we split up to re-find the bird.

After a while I had to get on with my tour, but felt confident that it would be found again, as there were now boats coming from St Mary’s and Tresco with more birders.

However, by late afternoon I gathered nothing had been seen and was getting concerned that it had gone. Thankfully the sight of a line of jogging birders along the horizon on Wingletang made us realise that it had been seen once more. It took a while before all saw it, but there was a boatful of very happy birders heading back later in the day.  At the time of writing, the bird is still present and entertaining visitors.

Having missed the very brief stay of the only other Scilly record (on St Mary’s on 2 June 2015), I was very pleased to have found my own. 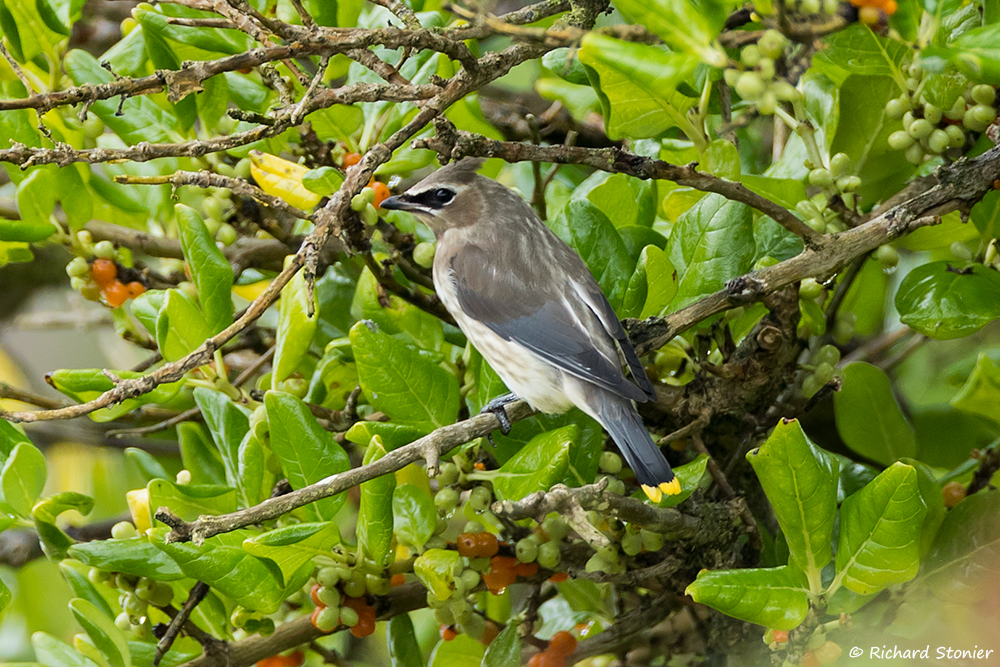 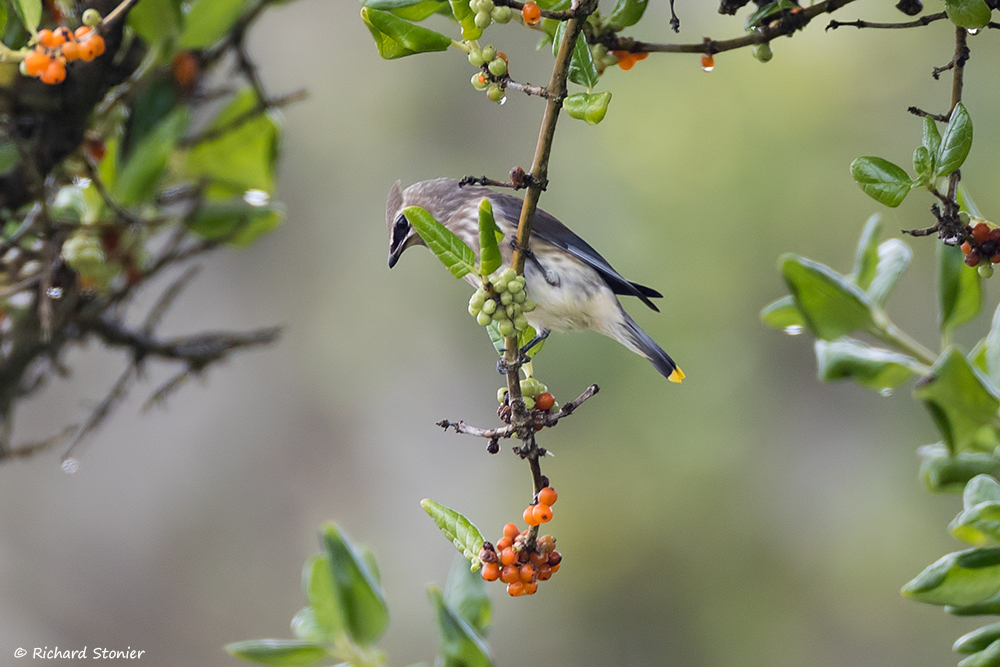 Written by: Will Wagstaff 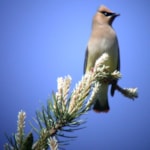