On 29 September a double bill of top-drawer rarities appeared on Fair Isle – one perhaps slightly more anticipated than the other! The day started early for us, the observatory team, with a pre-dawn ringing session at the plantation and early trap rounds. It was our first break from strong winds for several days and the signs were good – large numbers of Chaffinch and Brambling were caught, as well as smaller numbers of Blackcap and Garden Warbler and a bonus Whinchat from the traps.

Hopes were high as we set out for census a couple of hours later, and the isle had a good feel to it with a light south-east breeze and overcast skies provoking thoughts of rarer arrivals. My route that morning took me up through the crofts in the south-east and it seemed that, aside from the finches, numbers of new birds were low. A couple of Yellow-browed Warblers (in short supply so far this year), a Grasshopper Warbler and a Reed Bunting were all freshly arrived, however, and it felt like there was more to be found yet. 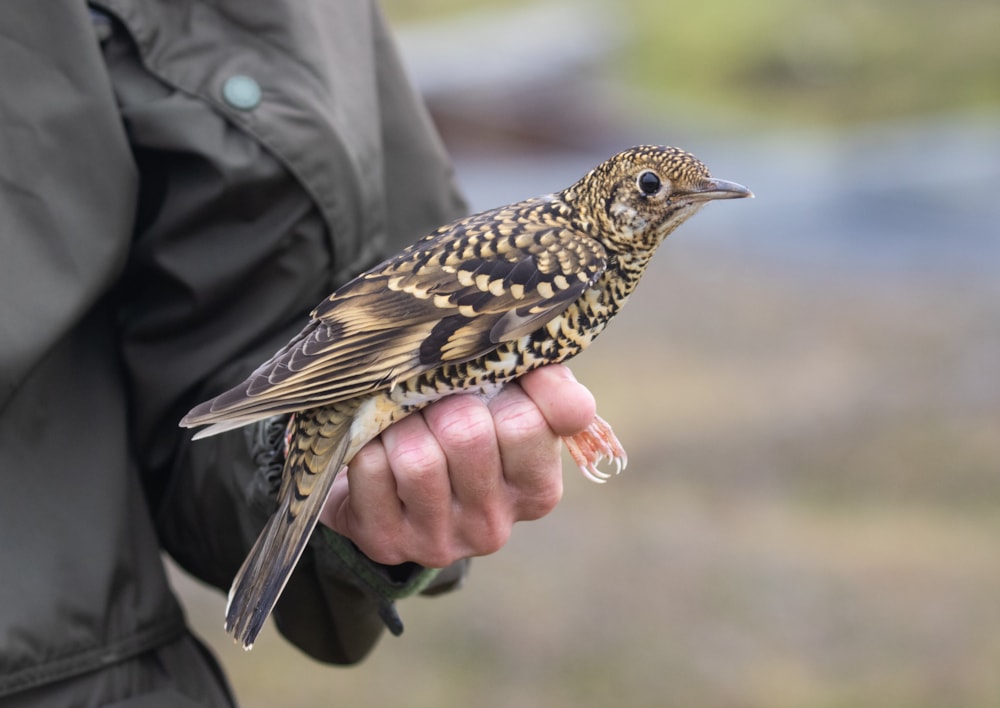 I finished walking the ditches of Gilsetter, flushing a handful of Jack Snipe in the process, and approached the top of Finnequoy to view the plantation and pine tree within. As soon as I reached the edge, I flushed a bird from the nearside of the gully which flew in long, bounding undulations further downstream and around the corner out of sight. It was a huge thrush, spangled black and gold across the upperside with striking black and gold markings across the wings – unmistakeably a White's Thrush!

At this point my knees went weak (a similar reaction to last year's bird!) as I headed off along the top of the gully in pursuit, frantically typing to get the news out as I went. I knew that Sam Langlois, a visiting birder and friend, was not far away in Gilsetter and that this was a dream lifer for him. Furthermore, what with Steve Arlow and Kev Kelly also on the isle as well as the various resident birders, there'd be plenty of folk wanting to see this Siberian beast. The bird appeared to have headed straight out of the end of Finnequoy – not good as that meant a lot of difficult cliffs to view with plenty of nooks and crannies for a White's Thrush to hide in.

Sam arrived and we split our efforts along the coast in each direction, but to no avail. As a couple of carloads of people made it to Gully, they stopped walking and seemed to be keeping a close eye on the plantation within. I headed back towards them to touch base and, as I approached, a shout went out: "It's in the plantation!". Then, swiftly after: "It's flying up to the pine! It's flown up the trap!" Auto-pilot set in, and I instantly dropped my gear and headed into the trap after the bird – the fastest I've ever moved up the Gully!

As I approached the end of the trap, I hadn't seen it at all – had it flown back out as I headed in? Had I gone past it as it hid in the vegetated walls of the gully? I reached the final section and there it was – a huge, stripy-winged beauty bouncing around at the end. The sight of those black and white stripes fluttering around will stay long in my memory! 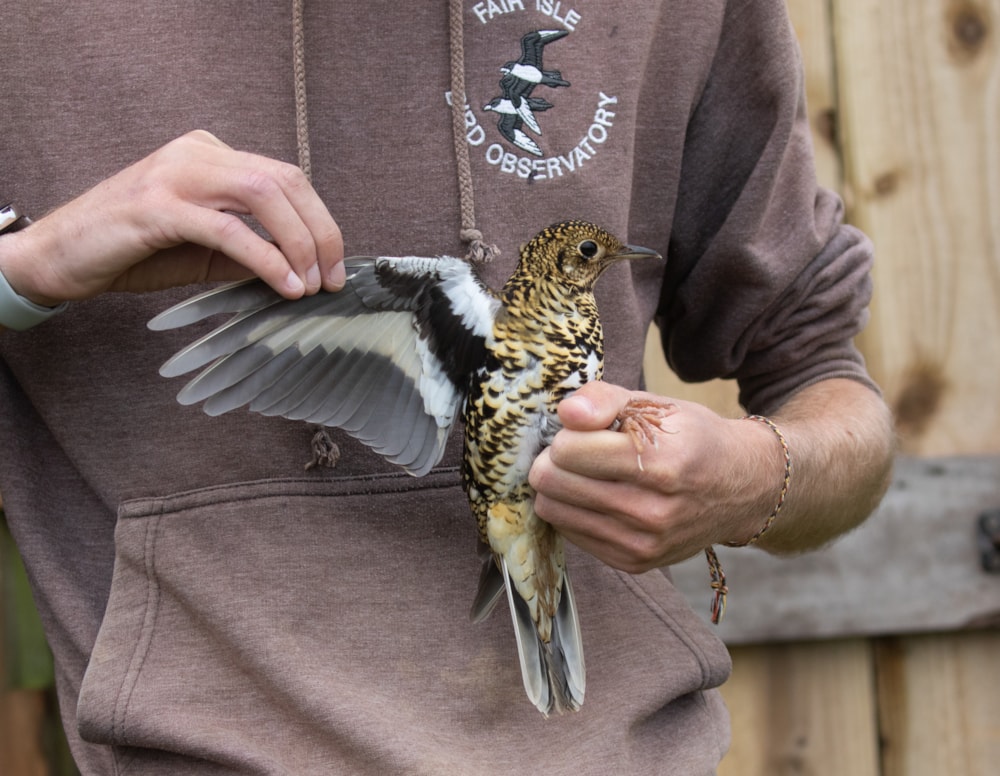 Swiftly into the catching box and the bird was caught. The usual biometrics were taken – a little on the light side (unsurprising given the distance it had travelled) but otherwise in good health. A highly appreciative crowd gathered and enjoyed the ultra-rare chance to see such a legendary bird in the hand, and it was then released back to Gilsetter.

Later that afternoon, as we wound down after a great autumn day, a message pinged through from Deryk Shaw: "possible female Baikal Teal at Da Water". An easy message to dismiss as highly suspect and stringy, but coming from Del this must be serious! We piled into the car and soon joined him overlooking the pool.

The bird had flushed when he had walked through with the dogs, but he'd had a reasonable view and seen many of the features. After a couple of minutes wait the bird returned, flying in with some other Eurasian Teal and Eurasian Wigeon. It was instantly striking – a distinctly pale face with a clear dark-bordered white spot at the bill-base, dark facial markings and differing head shape to its teal escort, as well as its slightly larger size. 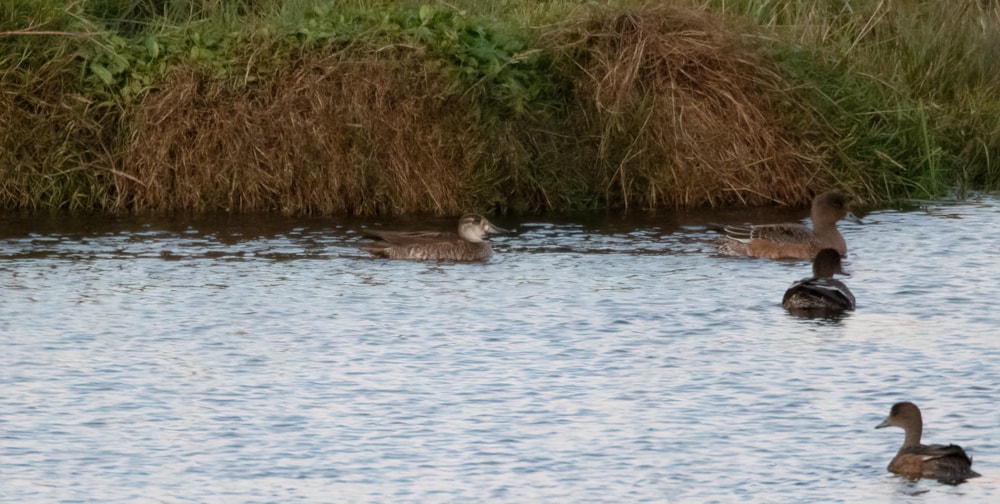 The bird paddled around briefly in the open before heading for the wet tussocks around the pool, after which it popped out only momentarily on a few occasions before the fading light made viewing too difficult. Record shots were taken and the identity confirmed – it really was a Baikal Teal – a first for Fair Isle (after a 1954 record was subsequently binned) and a first for Shetland! 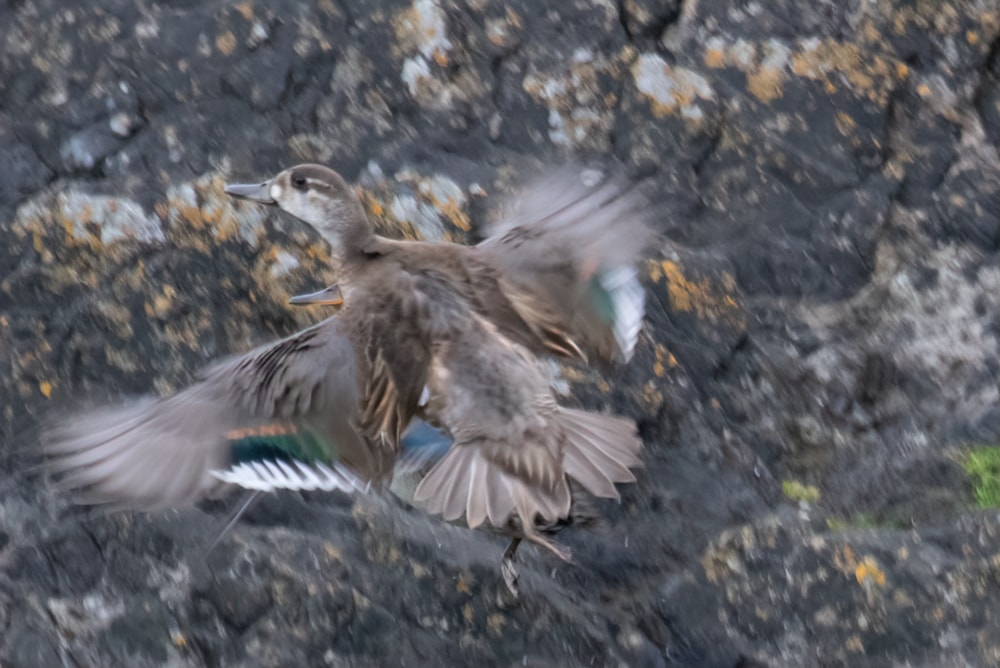 It wasn't a species that anyone was predicting that day, but you'll struggle to get a bird with better credentials than this one – arriving with an influx of teal, on the same day as a White's Thrush. Amazing stuff and testament to the magic of Fair Isle – you really have to expect the unexpected!

At time of writing (two days later) both birds are still present, allowing several Shetland-based birders to connect with them. On the evening of 1 October they were joined by a cracking adult male Daurian Shrike. What other surprises does the autumn still have in store for us?