"There's been a really unusual bird in the garden. I nearly rang you."

This was how my wife greeted me on my return from walking my son to school on Tuesday 8 February. She then described to me a bird with striking white markings around its eyes and a red breast. It had been under the feeders with a Song Thrush and a Blackbird and appeared to be in between the two in size.

Memories of the Disney film Mary Poppins came to mind and I realised she was describing an American Robin. A fevered flick through my copy of Britain's Birds, and she confirmed with complete certainty that this was the species she had seen. 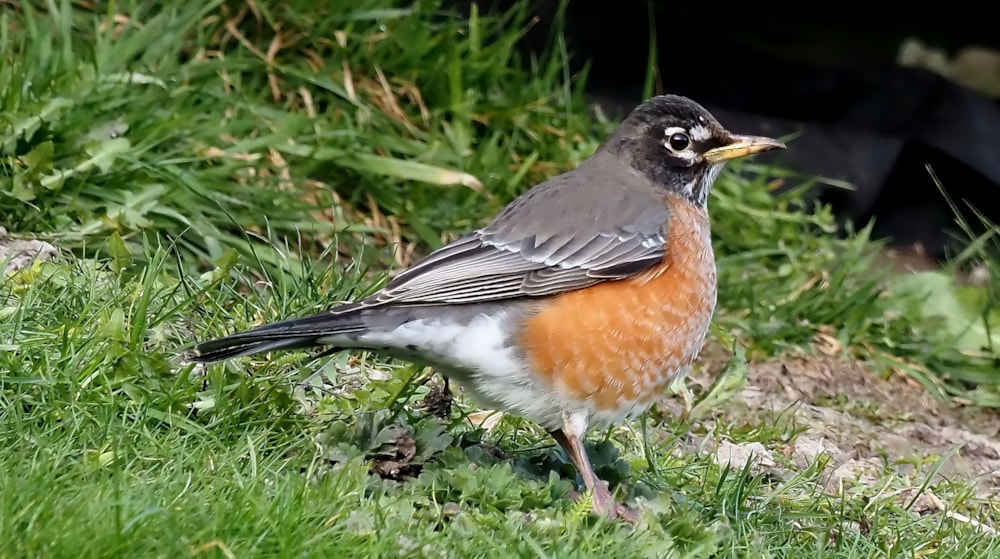 On flicking through the Britain's Birds field guide, Michael's wife was in no doubt that the bird she'd seen was an American Robin (Mike Gibbons).

A very anxious time followed. Would we see it again? At about 1 pm we caught a distant view of it in the street, but it flew off. Then, around an hour later, just before 2 pm, it was located in the field to the west – an area it has subsequently made its own. I managed a few distant photos, enough to establish a record, when it quite casually flew towards me and landed in a nearby Pyracantha and started feeding.

By this point I was shaking so much with excitement that I could barely hold my camera steady, but I managed some reasonable photos. It also sang briefly, sounding a bit like a Blackbird with hints of Song Thrush. It was an absolutely beautiful bird, with a largely black head, white eye markings, a red breast (with a hint of white fringing) and an exquisitely striped throat. 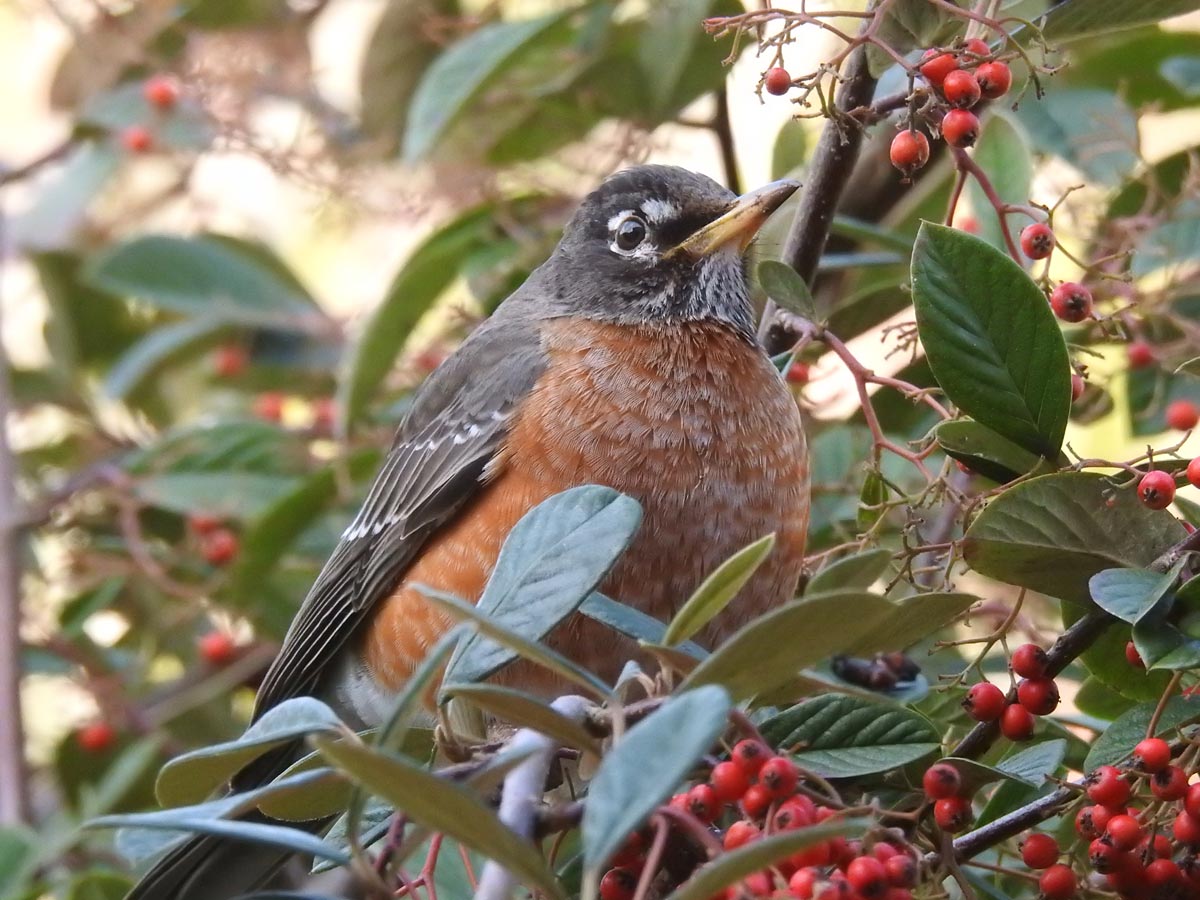 Michael shook with excitement as he fired off initial shots of the American Robin in his garden (Michael Clayton-Harding).

Then began a really surreal period of time. What to do now? How to get the news out in a controlled way? Fortunately, I received some good advice from some local birders. Laurence Pitcher, known to many as Beachy Head Birder, advised me to speak to Josh Jones at BirdGuides. This meant the news could be shared, along with guidance about parking and considerate on-site behaviour.

Another friend, Charlie Peverett, suggested a Gofundme page might help to balance the inconvenience my neighbours were likely to experience in the coming days. Eastbourne Foodbank seemed like the right choice for this and I would urge anyone who comes down to see the robin to contribute. I am delighted to say that the response to the 'American Robin twitch for Eastbourne Foodbank' fundraiser has been fantastic, with more than £2,000 donated so far. Hopefully this will continue. 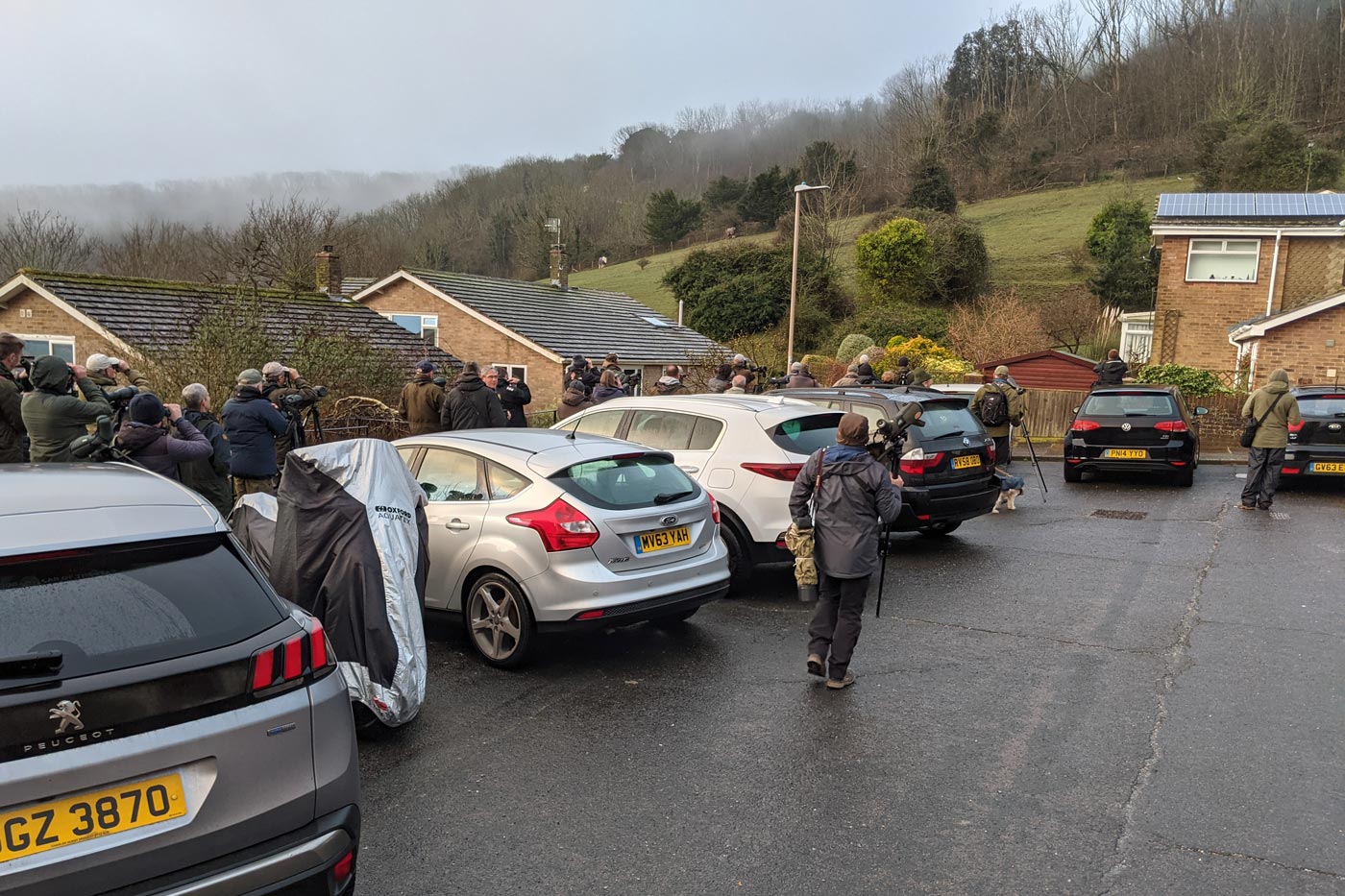 Birders on site at the Eastbourne American Robin (Marc Read).

A few local birders managed to see the bird before nightfall on the first day. The next day, the robin seemed to settle into a routine. It starts the day in the scrubby field to the west, before foraying into the street to feed on the numerous berry bushes in gardens, giving great views to the assembled enthusiasts.

Rather endearingly, it seems to spend a good portion of each afternoon in the bush in my front garden, feeding and resting. Some wise heads have suggested that it is likely to stay in Eastbourne for a few weeks, before possibly moving north when spring gets going next month.

To make a donation to Eastbourne Foodbank, please click here.