We get a lot of calls from the general public asking us to identify 'odd' birds. Most are quite straightforward: young Buzzards, Green Woodpeckers, Jays, that sort of thing. Or, of course, escaped aviary birds and the odd albino. Frequently callers claim that what they are seeing must be rare, simply because they've never noticed, say, a Fieldfare or Redwing before. But occasionally we get calls that leave us completely puzzled, which was what happened last Monday.

The caller, a chap from near Tavistock, described what at first sounded not unlike a Moorhen, which he'd found in his garden. What I didn't twig for a little while was that he wasn't describing the bird from memory — the poor bird was dead and in his hand. He described the feathering as bronze green above and purple blue below, with white feathering on the tail and long yellow legs. And no, the feet weren't webbed. He then said he had a few old bird books, including one of American birds, and the nearest he could find was a American Purple Gallinule! Now, in the normal course of things, if he was describing from memory, I'd have dismissed this as highly unlikely. People do have a way of seeing something and then actually describing what they are looking at in an ID guide. But this bird was being described to me from the corpse. At this point it was time to 'phone a friend'. I noted the caller's phone number and went in search of Kev Rylands, our resident expert on all things rare. 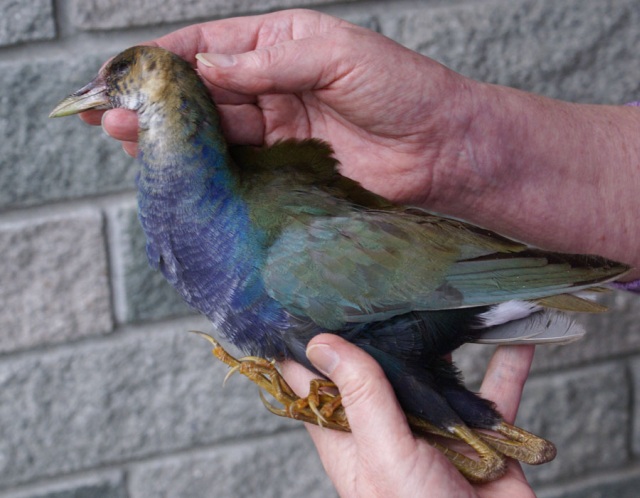 We talked about Moorhens and Water Rails. We entertained the possibility of Allen's Gallinule. And then about the possibility of American Purple Gallinule. With no firm conclusions other than that this was more than a little interesting, we decided that someone needed to see this bird. With that I passed the enquirer on to Julia Harris, the Assistant County Recorder, who lived nearby and left it at that. 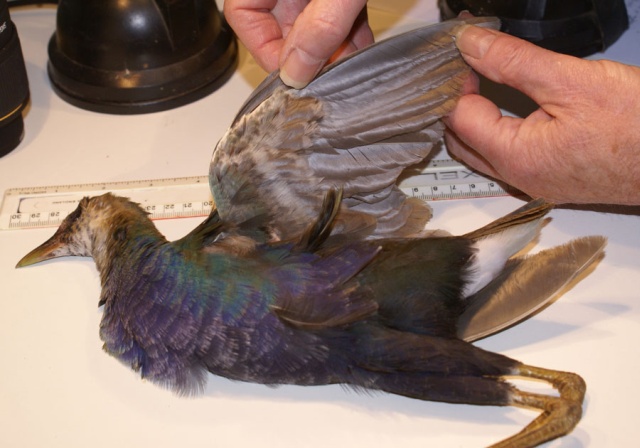 This is when the Devon Bird Watching and Preservation Society got involved! Julia, the Assistant County Recorder, spoke to the finders and the bird was taken to her house later that afternoon. Whilst there was still daylight left, Julia and her husband, George, rattled off a series of photos before emailing them, along with details of the find, to myself (County Recorder), Mike Langman and Roger Smaldon of the Dartmoor Study Group.

It was past 9pm on Monday night and I had my head buried in my laptop. I noticed an email drop into my Inbox but decided to finish what I was doing before deviating — that was until a text came through on my phone from Mike Langman saying "Steve, check out Julia's email, hope you've got a strong heart!" I opened the email and was immediately greeted by a dead gallinule! My first thoughts were Allen's, but chatting with Mike this could soon be eliminated by overall size (being over 27cm without even being straightened out) and leg colour (mustard yellow, as opposed to red in Allen's). Julia had also mentioned that the bird's undertail coverts were completely white. 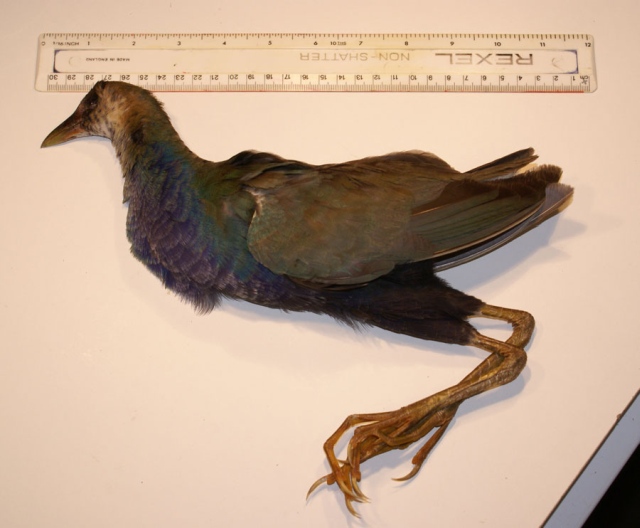 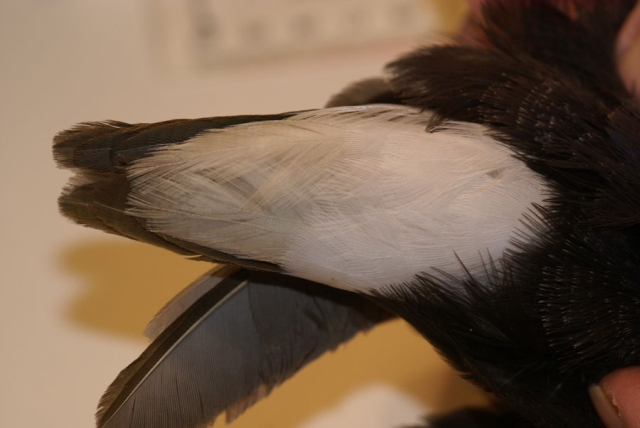 With this, I logged on to Devon Bird News Blog and posted the shock news along with a photo of the bird that evening. The rest, as they say, is history!

The following morning, the bird was examined by local bird ringer Tony John. The biometrics below show it sits comfortably within the range of measurements for a male bird, with one measurement (the bill) being outside the range of a female. The bird was clearly a first-winter, with dull brown feathers around the head and rear neck, lacking the iridescent blue, and the bare parts being somewhat dull. All comparison measurements below were taken from BWPi.


The bird weighed 142g, which is well below average weight. This, along with the very pronounced and sharp sternum, indicated that the bird had died because it was just too weak — possibly not finding enough food? The only thing that puzzles me a little is why die now? It had presumably arrived in the UK last autumn (possibly thanks to a 'lift' from a cargo vessel or such like), so had already survived two prolonged periods of freezing temperatures and heavy snow. The weather during the past week hasn't been anywhere near as bad as this, although some nights have seen the thermometer creep several degrees below freezing. 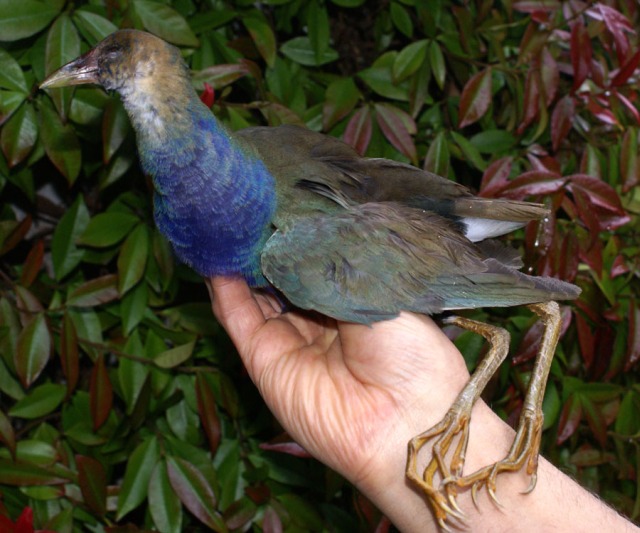 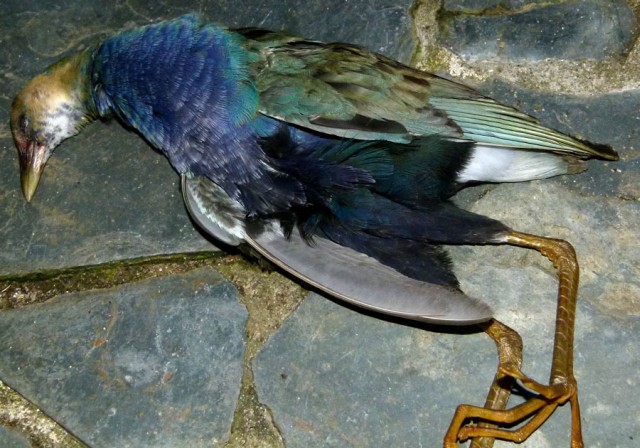 The corpse has been sent to the Natural History Museum at Tring, where it will join the other two afore-mentioned American Purple Gallinules. Although it is obviously so sad to see the death of any bird, personally this has been a very enjoyable and exciting experience in my relatively early days as County Recorder. I have enjoyed working alongside the RSPB, although I do hope next time the bird in question is still alive! Finally I just cannot praise enough the sterling work carried out (shown well by the accompanying photos to this article) by Assistant County Recorder Julia Harris.

The Devon Bird Watching & Preservation Society is a county bird society and charity primarily dedicated to the study and conservation of wild birds. Its activities include observational recording, fieldwork, reserves management, publishing and the exchange and sharing of data with other county and national conservation groups.