The Chestnut-bellied Sandgrouse (Pterocles exustus) is distributed from western Africa eastwards across parts of the Arabian Peninsula to India and Bangladesh. An isolated Western Palearctic population in central Egypt, described as the subspecies floweri, was once distributed along the Nile valley1, although the last documented Egyptian record dates back to 19792. Apart from this old Egyptian population, there would appear to be only a very few records from the region. A female was shot among a flock of Pallas's Sandgrouse in Hungary in August 18631, and there were three records in Kuwait up to and including 20113. Since then, a fourth Kuwaiti record involved a bird found at Abdaly Farms in January 2012.

The Western Palearctic birdwatching fraternity was in for a big surprise in March 2012. While working in the Nile valley, a team of German and Austrian ornithologists had a puzzling fly-by observation of four medium-sized sandgrouse near Al Bahnasa, in Minya province, on 18th. The features noted — long tail, sandy-brown wing with black primaries and secondaries, white trailing edge, no obvious contrast between dark underwing and dark belly, and the short, guttural calls — all seemed to point towards Chestnut-bellied Sandgrouse! In the following few days, identification was, somewhat remarkably, confirmed as such — a maximum of around 100 individuals were seen near the original site, and a number of photographs were taken. 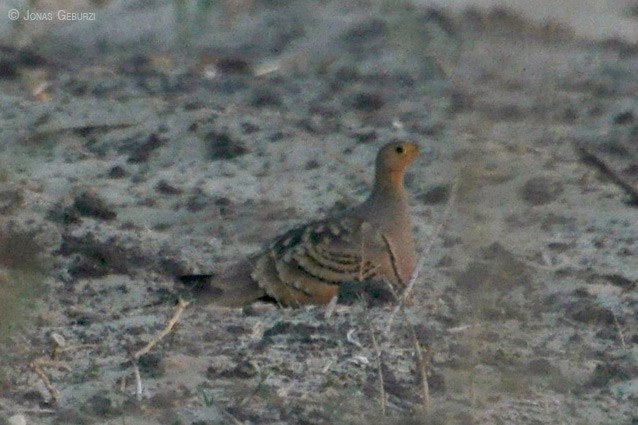 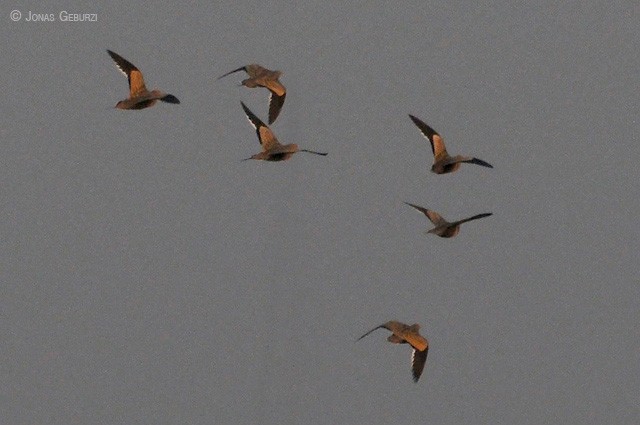 The birds were seen, mainly during the late afternoon, on the plains along the road leading eastwards from the Giza–Luxor highway towards the towns of Al Bahnasa and Sandafa. The first three kilometres of this road (starting at 28°31'30.07"N, 30°35'55.10"E) proved the most rewarding for sightings; the birds appeared to prefer sandy plains with loose, dry vegetation, and were frequently observed flying between different flats in small flocks. The nature of the terrain means that searching on foot could prove strenuous and time-consuming, so scanning from a single, elevated position is strongly recommended. 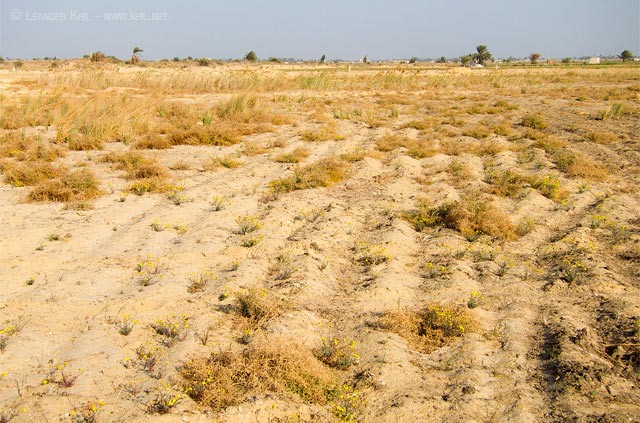 Given that this is now the only place in the Western Palearctic where the species can be found with any regularity, we anticipate that many birdwatchers will visit the area. When searching for the birds, we ask that birders display the utmost care, and do nothing that could cause the birds any stress. Furthermore, we ask that birders keep the interests of local people and landowners in mind: the entire area is covered by cultivated fields, which could easily be destroyed if trampled on. As the future of the species in Egypt may well depend on the goodwill of the local inhabitants, we can only show them the greatest respect, as well as trying to communicate just how important these birds really are.

An in-depth account of the rediscovery has since been published in Dutch Birding and is available online.

It is always recommended that you consider the Government's latest travel advice before visiting an area, particularly if there has been unrest in the recent past. Latest travel advice for Egypt can be found on the Foreign Office's Egypt Page.