After a relatively slow spring, things really started to move on 13 May, with eight Bluethroats and two Red-backed Shrikes arriving among a good mix of other migrants. Things continued to improve through 14th and, with news of Marmora's Warbler and Black-faced Bunting on Shetland, hopes and expectations were rising. Despite this no one would’ve predicted them Eurasian Crag Martin found by Keith Pellow around the Haven later that evening. 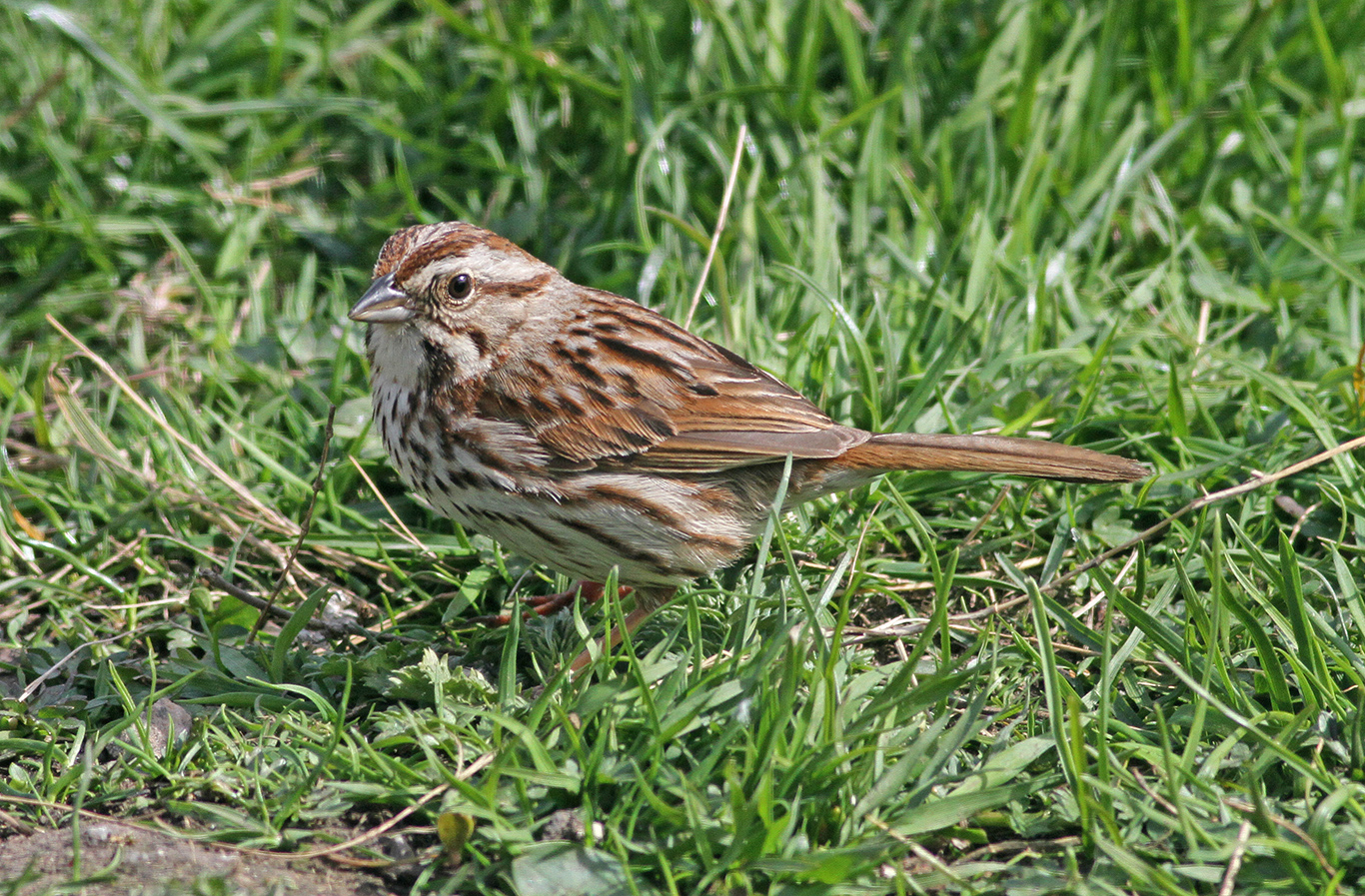 The bird hung around the trapping area for most of its four-day stay (Richard Cope).

The morning of 15th dawned with a light south-easterly and some thin high cloud, and I headed out to lead a public trap round for guests and visitors. Following some fortunate encounters of Red-rumped Swallow and Western Marsh Harrier on my previous trap rounds, there were a few folk joking about what I could produce this morning.

Unfortunately, as I went through the Gully trap and past the Hjon Dyke and Single Dyke traps things weren’t looking good, and the best bird we’d managed to see was a Black-headed Gull flying over. As I entered the Plantation trap, I saw a Hawfinch fly ahead of me, followed by two other passerines. In front of the catching box, one of those passerines flew up and held on to the side netting of the trap and caught my attention. 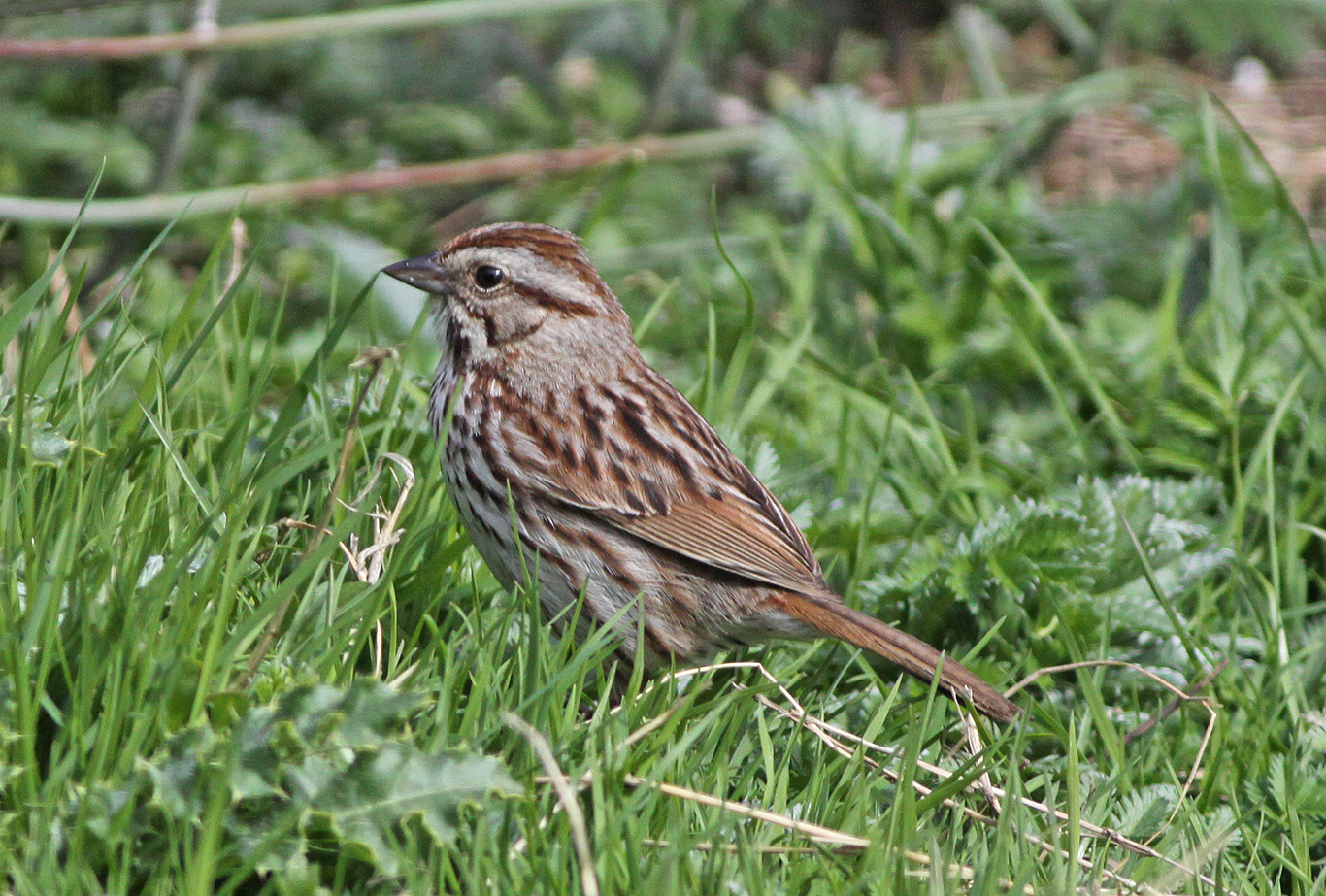 Despite its rarity here, Song Sparrow is a common seed-eating songbird of gardens and hedgerows in North America (Dave Parnaby).

The distinctively marked pale grey and rich brown head struck me, and I immediately recognised it as a Song Sparrow, a species I’m very familiar with having previously volunteered at Long Point Bird Observatory in Canada. I called out to the nearest couple of guests to enter the trap as back-up, in case the bird managed to dive past me. Fortunately it went almost straight into the catching box and was soon in a bird-bag on its way to be processed back at the Bird Observatory, along with the Hawfinch.

It was released a short while later and remained around the ‘obs’ garden for three days, before wandering further afield on 18th, when it was seen around the Plantation and Gully for the last time. Although generally elusive at the obs, when it was presumably lurking in the garden, it would come out to forage below a bird feeder at regular intervals and enable views down to just a couple of metres from the lounge windows.

During its stay, five charter flights made the trip north, along with a number of Shetland birders and some others who arrived on scheduled transport, with everyone successful in seeing the bird. It was a unique experience with folk arriving from Shetland dashing past the Song Sparrow in order to see the Eurasian Crag Martin (a first for Shetland, whereas the Song Sparrow was the fourth for Fair Isle, meaning that many birders didn’t need it for their Shetland list), whereas others made a beeline straight for the sparrow and took in the martin later as a ‘bonus’! 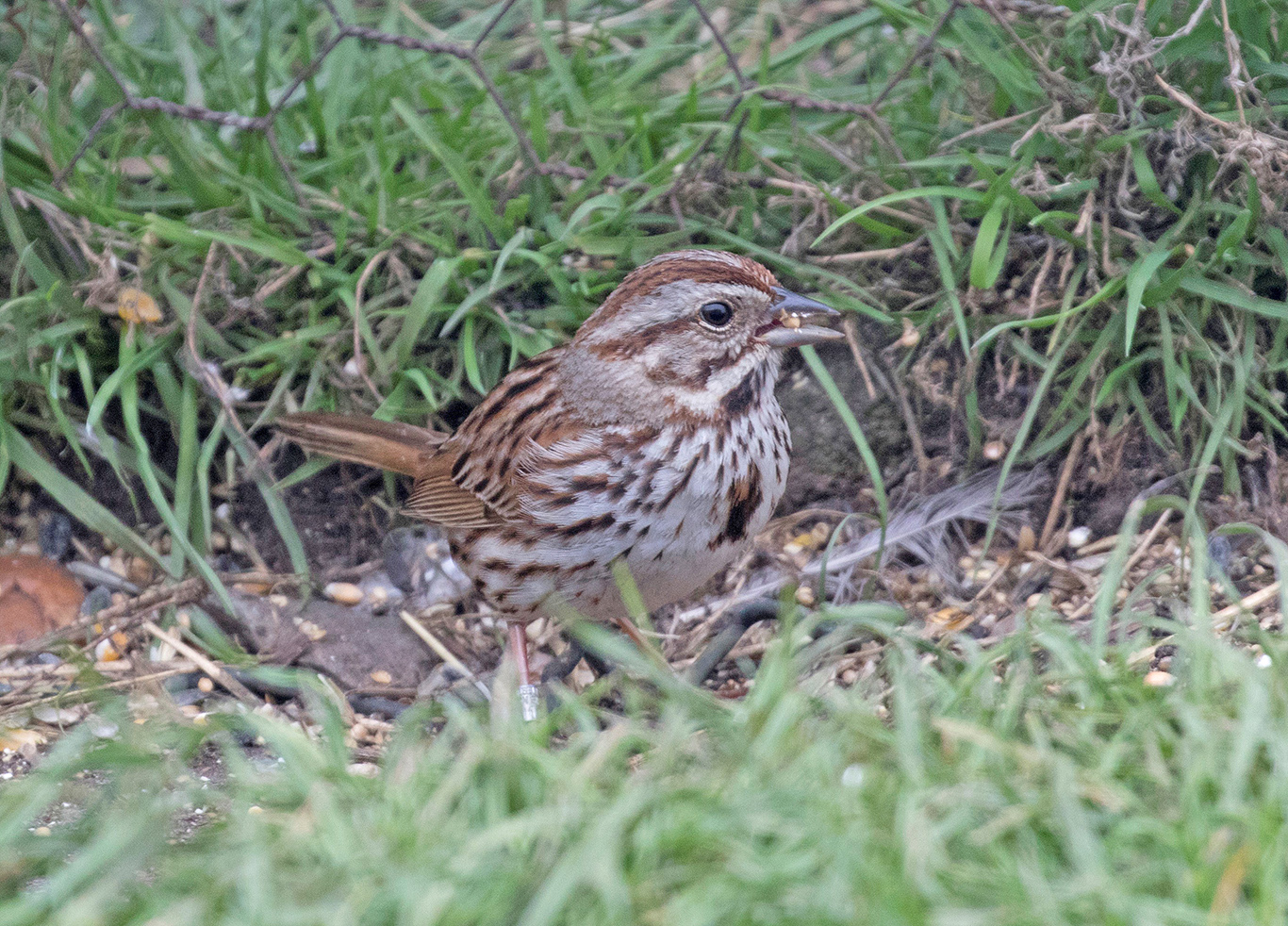 The coalescence of this Song Sparrow's breast streaks into a blotchy central spot indicates that it belongs to one of the eastern populations, as might be expected in a Palearctic vagrant (Roger Riddington).