When Aidan Kelly recently posted a photo of the first Irish record of Double-crested Cormorant, which he found in Galway in 1995, I remember saying I'd really love to see that species in Ireland, having missed that bird myself little did I think that within a week I'd have one in the bag ...

As luck would have it, on the morning of 25 November I was reading a BirdGuides article on the species. It had been a really good year in the North Atlantic, with more than 10 in the Azores and one on a Spanish research vessel at the end of September, a couple of hundred km off the Irish coast. Consequently, I'm sure many birders had it on their radar.

Working nearby, I pulled up to a small bay on the western side of Carrig Island, outside Ballylongford, Co Kerry. The only bird visible was a cormorant fishing close inshore. I lifted my bins and boom! The bright orange face, rather slim neck and unfamiliar light greyish tone to the plumage struck me straight away. As I scrambled for my camera, the bird dived and I got some lovely shots of ripples as it continued underwater, moments later surfacing nearby. Again it dived after a second of two. The next time it surfaced it had turned away from me, opened its wings and began to take off.

"Oh brilliant", I thought. Some 10 seconds on a mega, and now it was flying west out of the bay and away from me. But wait! It began to change its flight path, turned right around, and came straight back in. What a relief! As it did, it flew quite close by and I got some good flight shots, keeping my finger pressed on the shutter release the entire time. It continued past me and around to the other side of the Island. I drove round but could not relocate the bird in the much bigger bay to which it had flown. It was now time to head to work. As I went back through my shots I noticed I had only one reasonable image in good light on the water. The flight shots were closer, but the light was terrible. I needed to take a look on a larger screen. 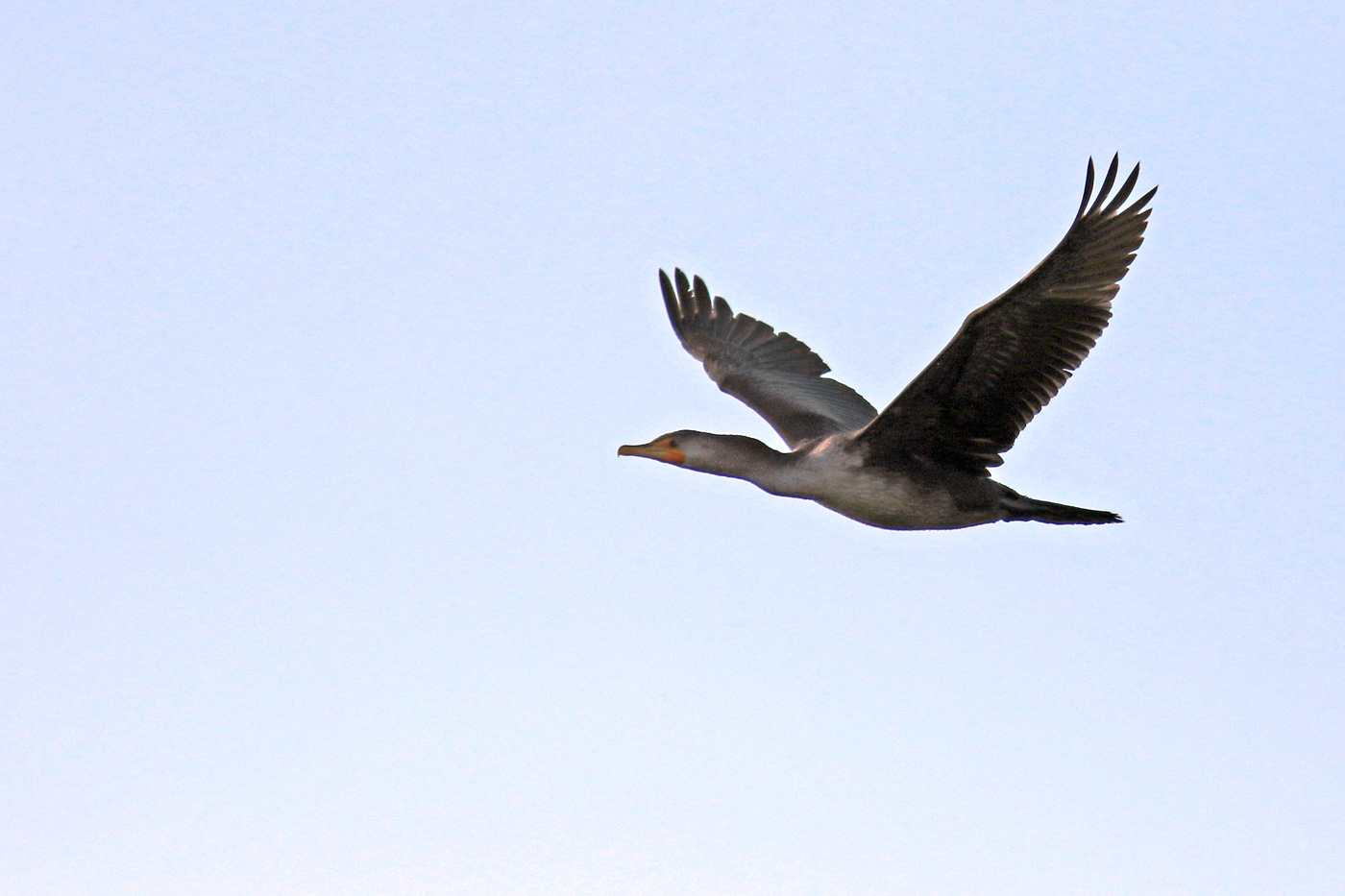 The bright orange face, slim neck and light grey plumage lead Seamus to suspect the lone cormorant might be a Double-crested (Seamus Enright).

Later, back at home I dashed in and pulled the images up on the monitor. The bird looked good for Double-crested, but could I be sure that I had ruled out a bright-looking sinensis Great Cormorant? I checked all the flight shots to see if I could establish the pattern of the gular area at the base of the bill. But the head was just at the wrong angle to be sure. As I was looking through my collection of sinensis images I came across one shot of a bird taken in Sweden in September which had disconcerting similarities to my bird, including a contrast between the orange skin at the face and the yellow of the lower mandible, and very few dark feathers on the lores. I decided to send some shots to local birders whose opinions I value, and to continue my research, pulling out all the books and articles I had with details on cormorants.

Looking through my shots again, I began to notice features at odds with any sinensis, including the pale area at the side of the neck extending up onto the mantle, contrasting with much darker hindneck, the distinct kink in the shorter and thicker neck itself, and the unfamiliar greyish tones to the upperparts. The dark lower belly, the small, short-looking head and the narrower and more 'pinched' area at the base of the tail were other features that increased my confidence. It has since become apparent to me that the shape of the neck varies quite a lot in this species. On the water, it looked very slim-necked but in flight it looked quite thick-necked, giving a very different feel to the bird.

As the suite of features began to come together I was confident this was indeed a Double-crested Cormorant. Having received some positive feedback from my earlier inquiries, I decided to put the news out.  At the time of my observation, Ireland was in the middle of a coronavirus lockdown, requiring people to remain within 5 km of their homes, with few exceptions. For this reason, I only released the location at a county level. Thankfully the bird has remained in the area, and as the lockdown is easing local birders are able to enjoy this long-awaited addition to the county list. 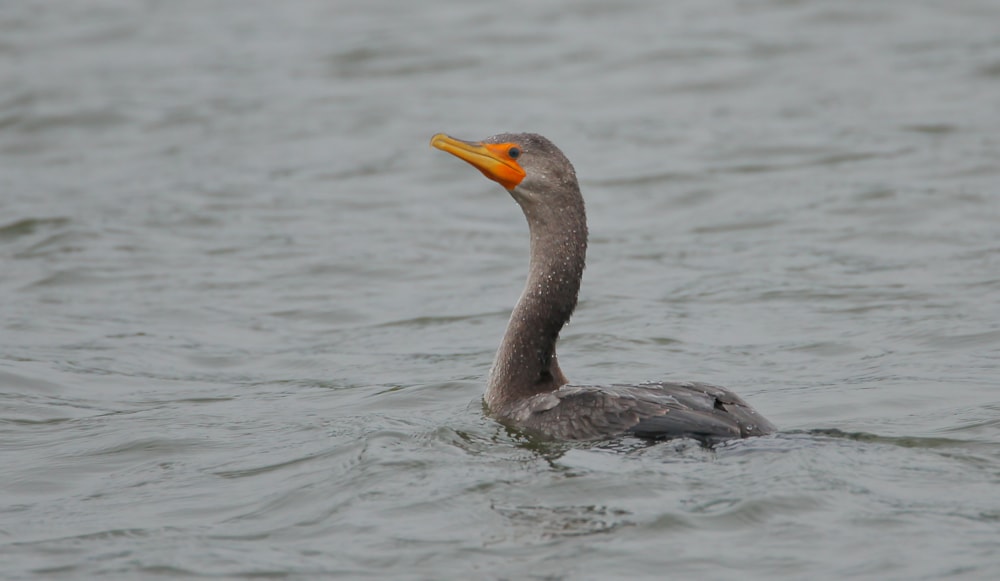 The bright orange-yellow on the face and lack of a forward extension of the throat feathering into the underside of the gular patch help confirm the identity as a Double-crested Cormorant (Sean Cronin).

This represents just the second for Ireland, following a youngster at Nimmo's Pier, Co Galway, between 18 November 1995 and 6 January 1996. The sole British occurrence was at Billingham, Cleveland, between 11 January and 26 April 1989. Western Palearctic records otherwise stem only from the Azores, where more than 80 have been recorded, including 27 in 2002. 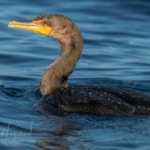