On Thursday 12 October 2017 we were all enjoying a pleasant but rather quiet day’s birding on St Agnes, Scilly. Around 2.15 pm, I decided to pop down to Troytown Farm with my twin brother Paul to settle up our milk bill, as we were due to leave the island the following day. As we walked back from the farm, we caught up with Martin Finch, a fellow regular visitor to the islands.

After helping a dung beetle cross the road, Paul, Martin and I reached one of the many hedged grazing fields. A Blackcap flew across the open field, quickly followed by several more, accompanied by a larger, stockier warbler. We all immediately exclaimed “that’s large!” as all the birds disappeared into a Coprosma bush in the dense hedge. A quick discussion then ensued, with Barred Warbler being mentioned, but moments later the larger bird burst out of the bush; it flew off through a gap in the rear hedge and was lost to view.

I commented that I had seen some black in the face and light-heartedly quipped that the bird could be an orphean warbler but, at this point, we all felt that Barred Warbler remained the most realistic explanation for the size – although something didn’t seem quite right. We were all puzzled as to the identification. I thought ‘if that was a Barred Warbler, it would have been more obviously a Barred Warbler’ ...

Despite a number of people searching, well over an hour had passed and there was no further sign of the mystery warbler, and I eventually found myself standing alone on the path, planning my next move. After packing the camera back into my bag, I took several steps forward, only to see a bird virtually fly right over my head and land in the hedge at the back of the field opposite me. As soon as I got my bins on the bird I found myself looking at an orphean warbler – wow! – like a large, stocky and pumped-up Lesser Whitethroat with a huge bill. Apart from its obvious size, the bill was the standout feature on the bird: thick set and long with a slight downward curve, reminiscent of a shallow claw and, in appearance, a little like a cuckoo’s bill stuck onto a warbler. The warbler then disappeared into the hedge once more. 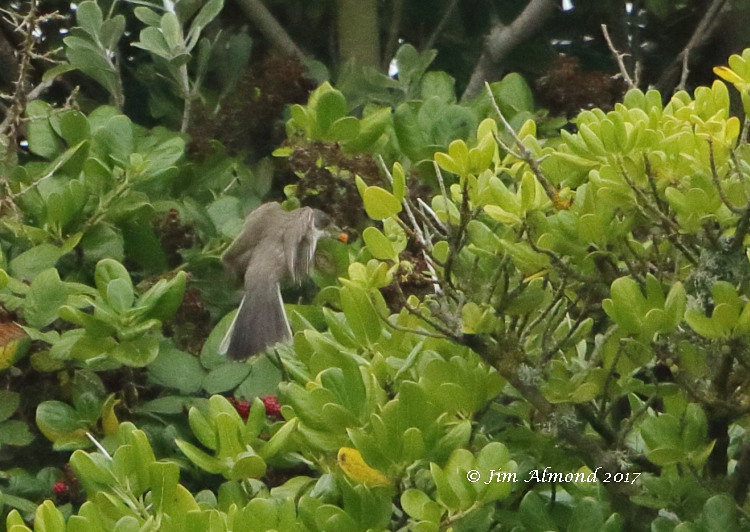 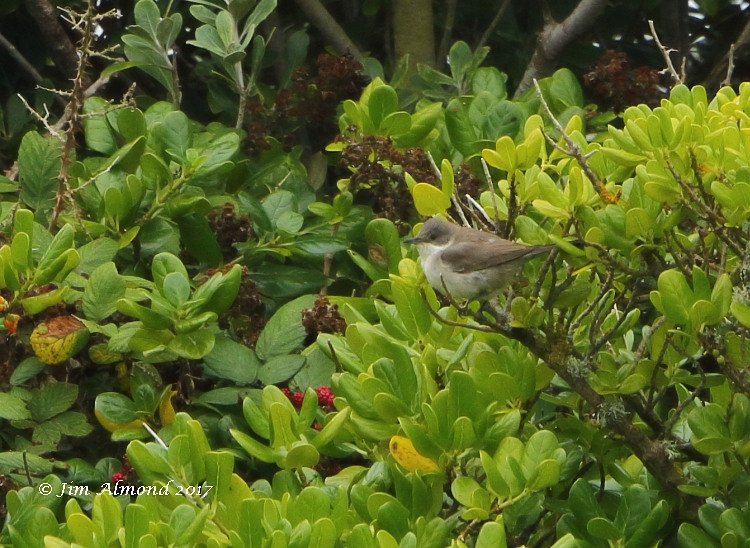 Panic quickly ensued, with radio messages and manic calls being made to try to get the ‘Aggy faithful’ onto the bird. Soon everyone had gathered, but the warbler was proving to be very elusive. Dave Grundy gained permission to check the private fields behind where I last saw the bird, but despite everyone searching, only a brief flight view was obtained.

Eventually, as the light faded, the orphean gave tantalisingly distant and brief views to a few of the birders still remaining. News was released that evening and, early the next morning, everyone on St Agnes was there, hoping for a glimpse, but the bird only gave another brief flight view. Time had run out for us, as we were leaving on the 10.15 am boat. Our holiday had come to a stunning, but slightly frustrating end, leaving lots of expectant birders and many good friends behind, but with so many keen eyes on the island, it wasn’t long after we’d left that news came through that it had been seen again.

A day or so later, and the bird had been identified as a Western Orphean Warbler. Subsequently, on 23 October, and as a result of the hard work put in by Bob Flood and Ashley Fisher, they realised a mistake may have been made, and the identification was again up in the air. Expert advice was sought. The re-identification from Western to Eastern Orphean was finally confirmed by Lars Svensson, who replied in an email to Bob Flood: “Dear Bob, thanks for your email about the orphean warbler on Scilly. I am afraid I cannot tell you ‘otherwise’, it is indeed an Eastern Orphean.”

Record shots of the Eastern Orphean Warbler on St Agnes, showing tail pattern (left) and the all-important marked undertail coverts (right). While the tail pattern was cited by Lars Svensson as in the overlap zone for the two species, he felt it better for Eastern. The undertail covert patterning is diagonistic. Photos: Adrian Webb.

This experience has proved to me that birding is a real team effort, especially so on Scilly, where views can be brief and frustrating due to the impenetrably thick hedges. It’s taken a lot of hard work from everyone, including photographers, the island’s birders and the visiting twitchers to sew up the identification of this British ‘first’.

A huge thanks goes to all the St Agnes birders for putting their trust and faith in me, despite the endless hours of staring at seemingly empty bushes. Well done to all involved! 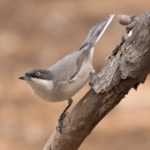 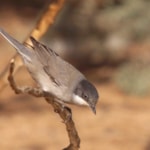