"There it is, I told you," the small-holder whispered triumphantly to the project ranger as a Yellow-fronted Parrot poked its head out of its nest cavity in a large tree. This was doubly good news: firstly because the parrots were breeding, and secondly because this modest farmer was responding to the project's conservation message within the local communities.

This was happening in the Kafa Biosphere Reserve (KBR) in south-west Ethiopia, home to one of the country's last natural highland forest areas, a habitat rich in wildlife. Its species diversity includes 300 mammals, 260 birds and almost 5,000 varieties of plants including wild Arabica coffee. As well as being a UNESCO biosphere reserve, the area has been recognised as part of the Eastern Afromontane Biodiversity Hotspot, a Key Biodiversity Area and an Important Bird Area (IBA). In addition to its forests, the area also has wetlands and grasslands, within which 11 bird species observed are either endemic to Ethiopia, such as Yellow-fronted Parrot, or very nearly so, such as the dainty Black-winged Lovebird or the spectacular White-cheeked Turaco. 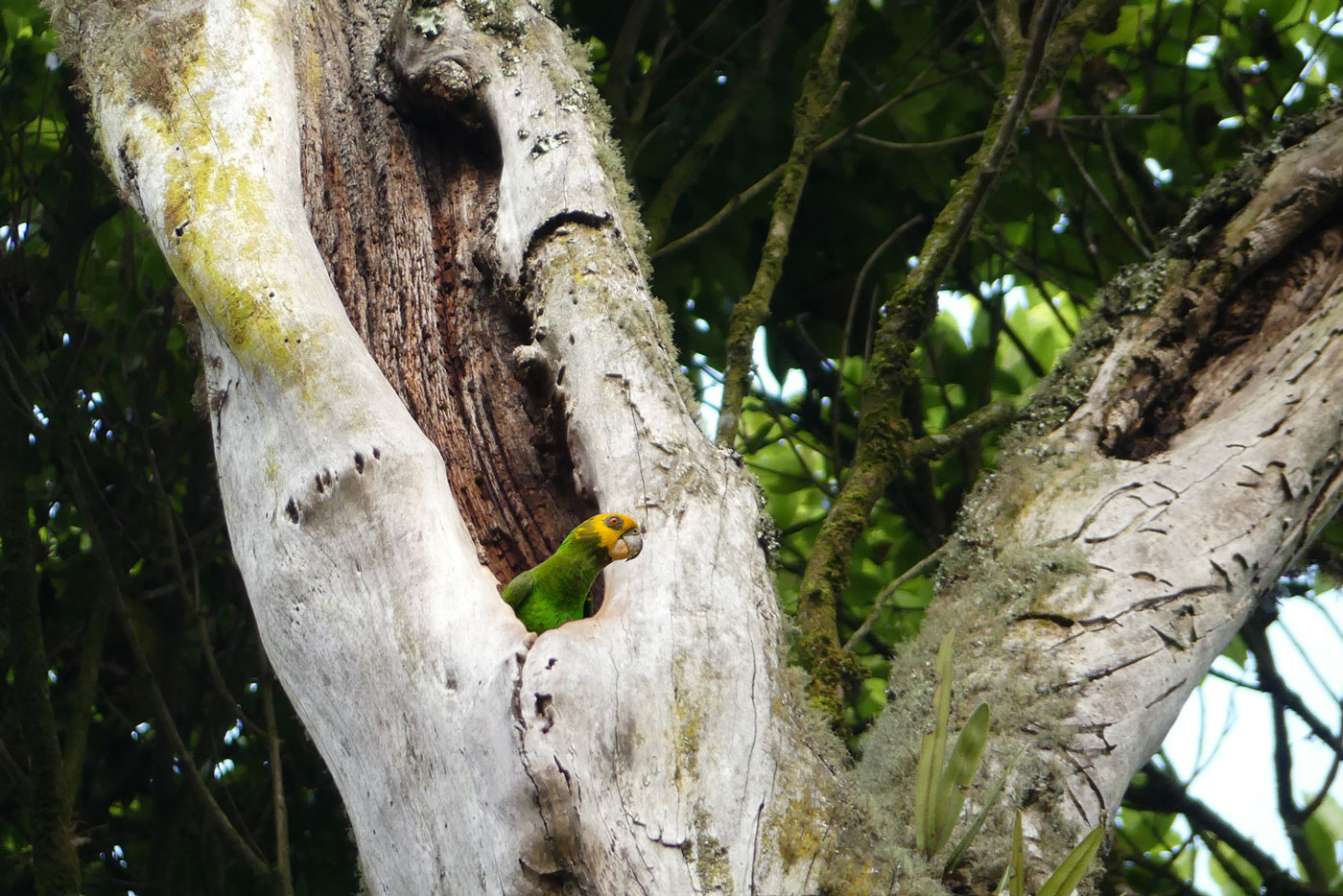 A Yellow-fronted Parrot at its nest in a large tree at Kafa Biosphere Reserve, Ethiopia (NABU).

Despite its natural riches, regrettably steady population growth, poverty, illegal migration, agricultural expansion and climate change have caused increasing pressure on the region's natural resources and the reduction of natural habitats. In relation to these ongoing pressures, the knowledge and perception of villagers about the natural areas is important to assess, given that any future conservation action will need their positive participation.

A study conducted at KBR in 2013 documented the existing local community knowledge, attitudes and practices of significance to the conservation of birds. That avian conservation has ecological significance was understood by 31% of the people interviewed, but 93% were unaware that certain species are threatened with extinction. Furthermore, almost three-quarters did not know about the presence of endemic and migratory birds in the reserve. Bird conservation was not considered essential by 68%, and 83% of the people suggested that wildlife poaching was not a serious problem in the reserve. However, four in five considered that the best way to stop poaching would be to enforce the laws strictly, and one in five believed that community-scale education would best reduce the problem.

This kind of information stimulated the Loro Parque Fundación and NABU (BirdLife International partner of Germany) to launch in 2016 a project for the conservation of Yellow-fronted Parrot and the wild coffee forests within the KBR. The project deploys rangers in five districts of the KBR to monitor Yellow-eared Parrots and other native species, to undertake awareness-raising in the local communities, and to facilitate the propagation of tree seedlings and the reforestation of degraded forests. Due to ongoing restrictions because of the COVID-19 pandemic, less information could be gathered in the recent period, but even so the rangers still managed to continue many activities. 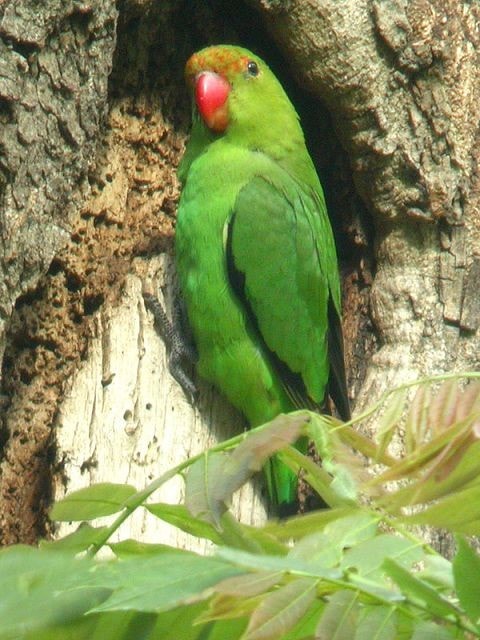 The restricted-range Black-winged Lovebird is another species set to benefit from forest protection and regeneration (Nick Scarle).

For example, they managed the planting of 12,106 seedlings of five different types of native tree on 25 ha of degraded forest. In addition, they tended 14,106 native tree seedlings already planted, to reduce the mortality and damage of individual seedlings at the reforestation site. Furthermore, almost 7,000 seedlings were managed at the nursery sites, for planting later in 2021.

Under the supervision of the Natural Resource Management (NRM) Officer and NABU's Project Office in Bonga, the rangers continued to monitor and record biodiversity, uploading the information through a smartphone-based application. This included the regular monitoring of Yellow-fronted Parrot at five sites, there being in the last reporting period 26 sightings of 111 individuals in total and flock sizes between two and 17. Extended rainfalls and the irregularity of the normal season affected the flowering of trees and crops. This is having a substantial impact on food availability and the mobility of the Yellow-fronted Parrots.

Lastly, the rangers contacted 521 people across 220 communities in the five districts to promote the benefits of the reforestation and protection of biodiversity. In exchange, they have obtained valuable information based on the observations and local knowledge of people in the communities, such as the farmer who found the Yellow-fronted Parrot nest. 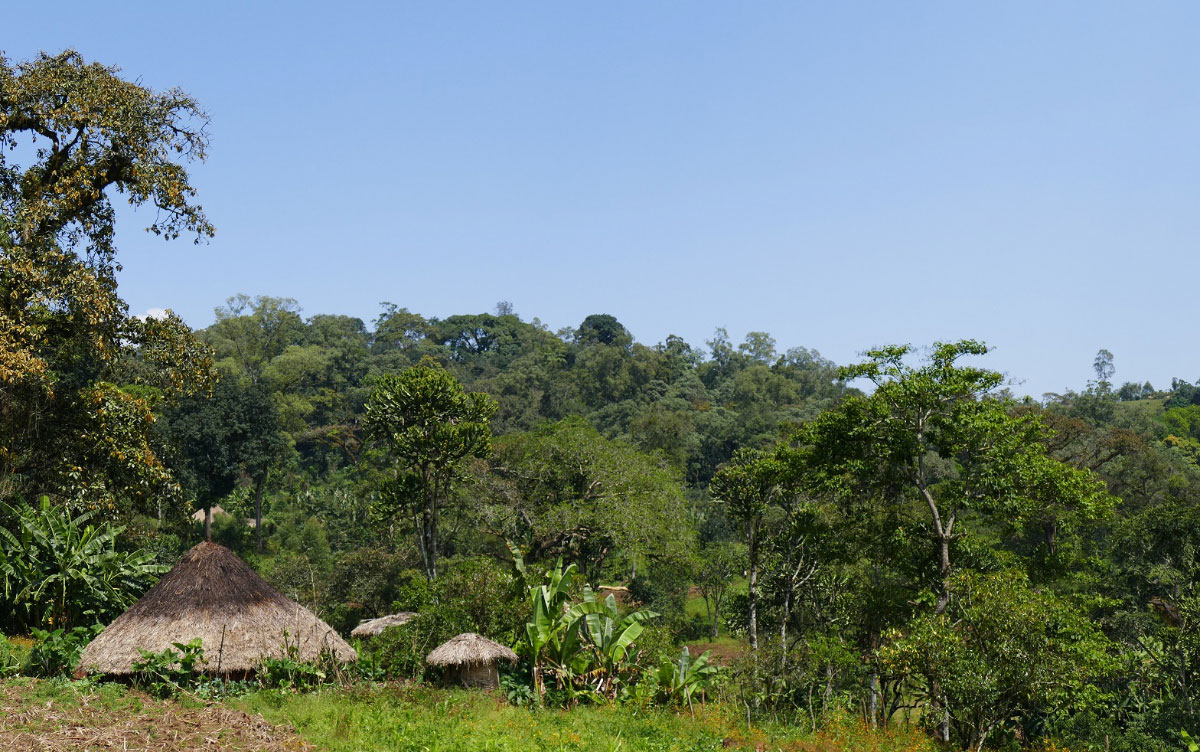 A coffee farm in the forest at Kafa Biosphere Reserve (NABU).

Two interesting studies from the nearby Sheka Forest Biosphere Reserve (SFBR) suggest ways in which the management of KBR could progress. SFBR is comprised mainly of highland forest but, like KBR, is also endowed with attractive landscape scenery, unique fauna and flora, and indigenous culture of the local community. One study found 244 bird species in the SFBR, and highlights the existing potential for ecotourism development, which would similarly apply to the KBR. However, this should be only one element of diverse ways to promote sustainability in the reserves, given the recent evidence of how susceptible tourism can be to unforeseen events.

The second study examined the impacts of harvesting coffee under different management systems within SFBR. Underlining that coffee production can have both beneficial and detrimental effects for biodiversity, the researchers investigated how the habitat was altered and how bird community composition and richness, and abundance of different bird groups, were affected by different intensities of coffee management. Their surveys revealed that the total diversity and abundance of birds were in fact not affected by the intensity of coffee management or habitat alteration. However, they did find that the diversity of forest and dietary specialist birds, such as White-cheeked Turaco, was greater in the least altered forest, i.e. with increasing distance from the forest edge and higher degree of forest cover. 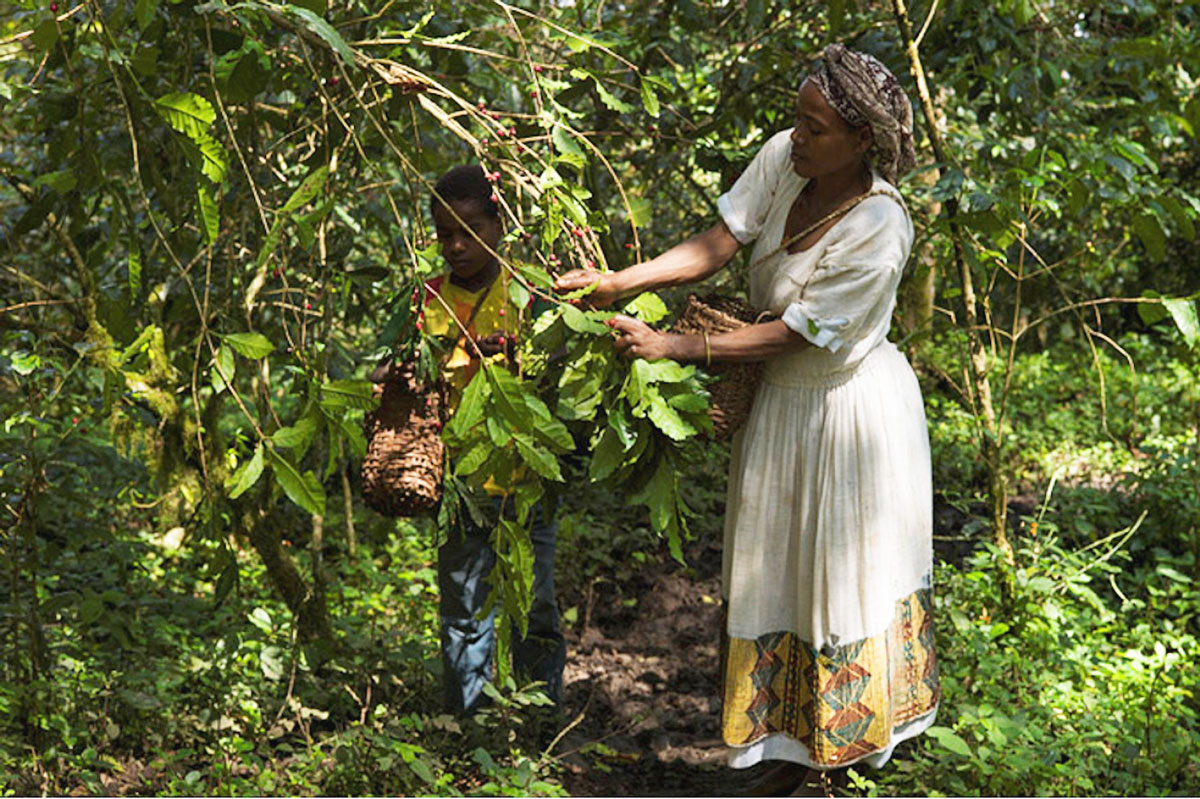 These findings show that traditional shade coffee management practices can maintain a diverse array of forest birds, whereas high production methods with much reduced tree cover do not. Therefore, the shade coffee traditions should continue at KBR. To conserve forest specialists, retaining undisturbed, remote forest is particularly important, but diverse habitat near the forest edge can also harbour a high diversity of specialists, and still allow Yellow-fronted Parrots to thrive.