Postcard from the Dolomites

Travelling British lepidopterists have long known about the winged treasures that can be found in the Picos De Europa, the Pindos Mountains, the Pyrenees, and the French and the Swiss Alps. However, many other montane areas of Europe are only just being recognised as butterfly and moth havens, each offering their own speciality species and habitats — the Dolomites in northeast Italy being one such place. Part of the Southern Limestone Alps, the Dolomites straddle the provinces of Trentino, Verona and Vicenza and rise to the summit of Marmolada at 3,343m. 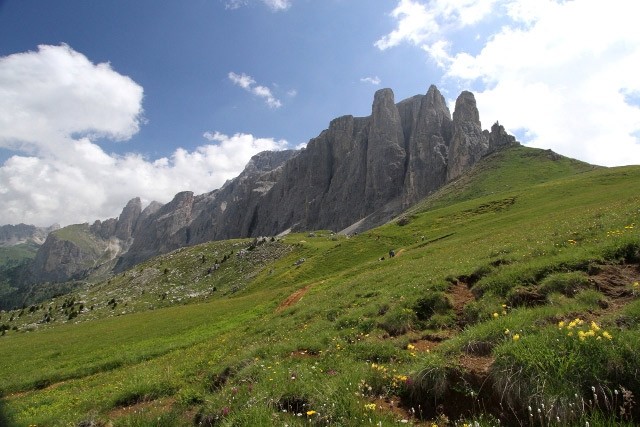 With this in mind, Butterfly Conservation West Midland Branch members Roger and Sheila Wasley, from Gloucestershire, organised an independent trip to the region in early July this year along with with Barbara and Maurice Higginbotham, two experienced butterfly enthusiasts from Surrey. The main purpose of their trip was to try to find some of the scarcer alpine butterflies such as Alpine Blue, Thor's Fritillary and the spectacular Titania's Fritillary, as well as identifying birds and moths that crossed their path. 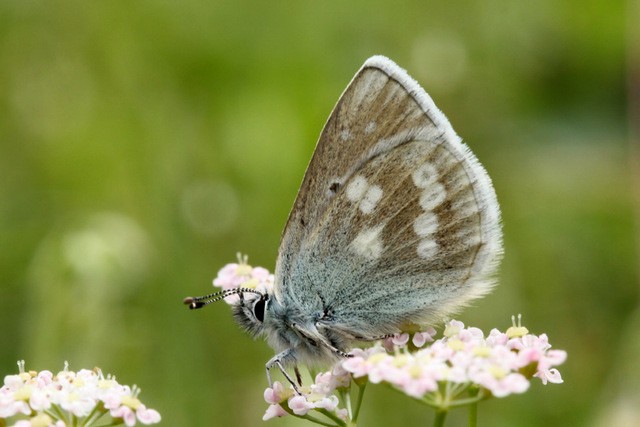 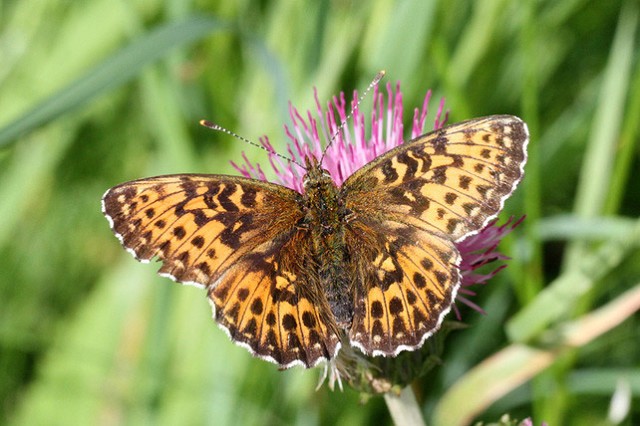 The British Airways flight from London Gatwick to Venice Marco Polo on 2nd July took 1 hour 45 minutes. It was followed by a three-hour drive from Venice into the mountains to a traditional family-run hotel in the village of Tamion, near Vigo di Fassa. 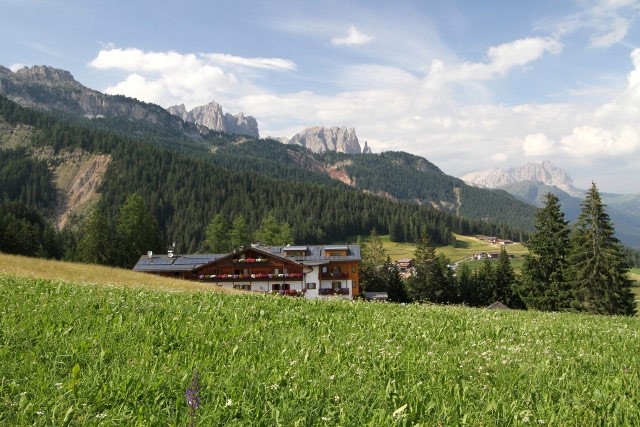 At 1,500m, the village is set in the heart of the mountains and forms an excellent base from which to explore the valleys and high-level passes. The alpine meadow across the quiet road in front of the hotel was alive with many butterflies and Chimney Sweeper moths. The weather was generally pleasant but with occasional showers in the mountains; temperatures were around 20°C at higher elevations, but reached 30°C down in the valleys. Habitats can change radically within just a few hundred metres of altitude on mountains, and with it species selection also varies. Scree-covered slopes, jagged rocky outcrops, fir-lined clearings, damp boggy hollows and multi-coloured flower meadows all produce sought-after species that can almost be overwhelming for a first-time visitor. 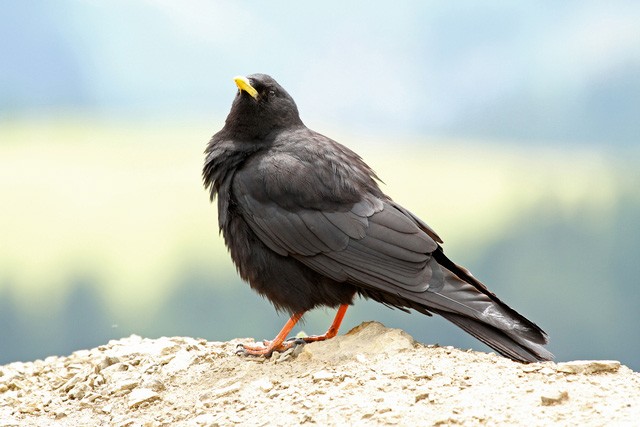 Vigo di Fassa is a winter ski resort and has a wide choice of cable cars, where a ten-minute ride takes you up to 2,000m and immediately in reach of a rich variety of butterflies such as Alpine Heath and Mountain Fritillary against a backdrop of impressive montane scenery. 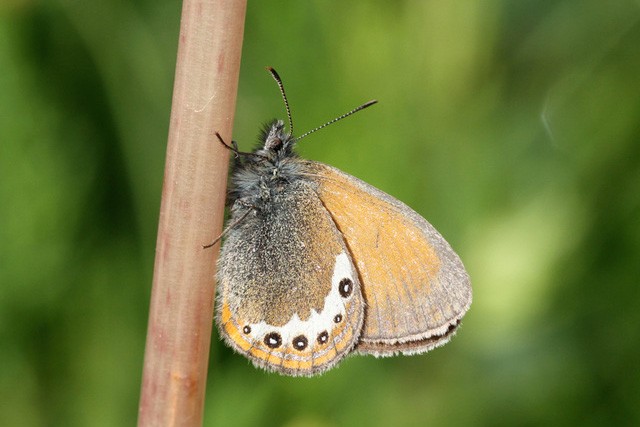 Among the special highlights was the track to Gardeccia where Alpine Grizzled Skipper, Shepherd's Fritillary and Black Vanilla Orchid were seen. 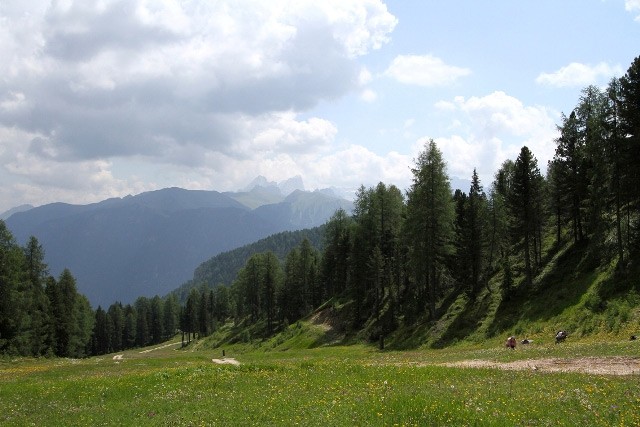 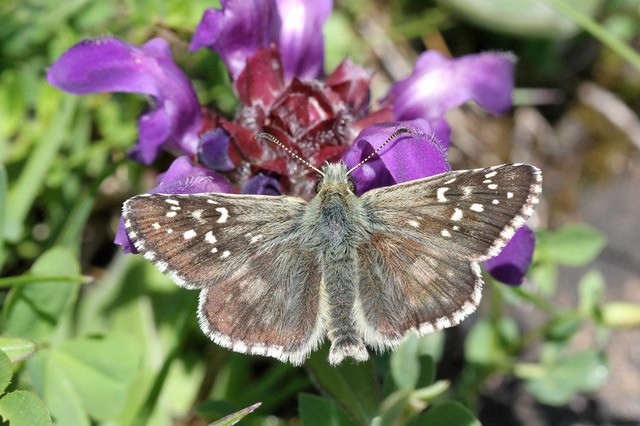 Other key sites that can be visited as day trips from Tamion are: Panveggio National Park, Eggental, San Pellegrino Pass and the Val di Monzoni. 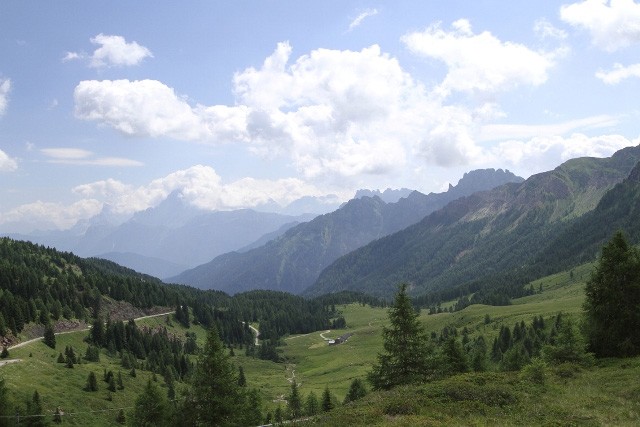 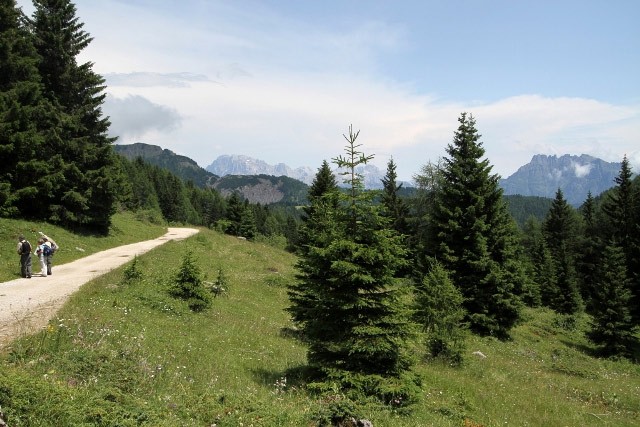 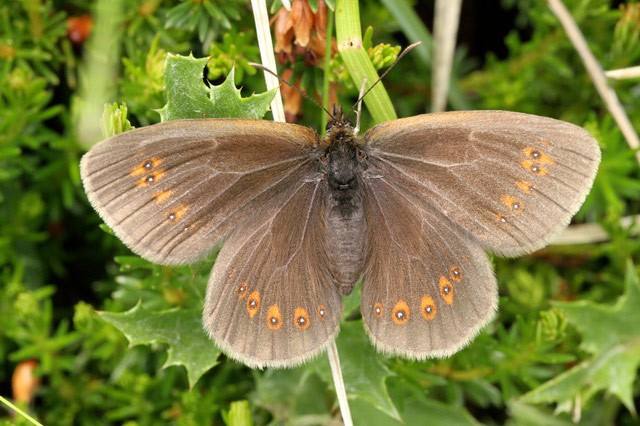 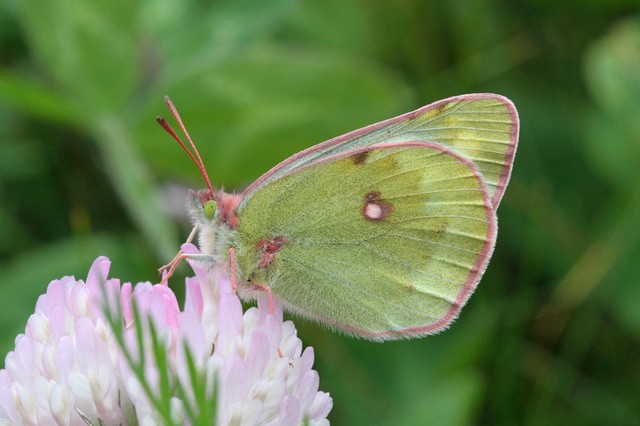 If the weather is compliant, visitors can expect a butterfly list of 70–80 species in a week. This can include at least 13 'blues', three coppers, 11 fritillaries, nine ringlets and seven skippers!

Roger's group was lucky as their visit coincided with another small natural history tour group staying at the same hotel. This group ran a moth-trap most nights and generously shared the viewing and photographic opportunities with all. At least 100 species were identified during the week, which included many non-British species but also a large selection of moths that are either rare visitors or difficult-to-see residents back in the UK. 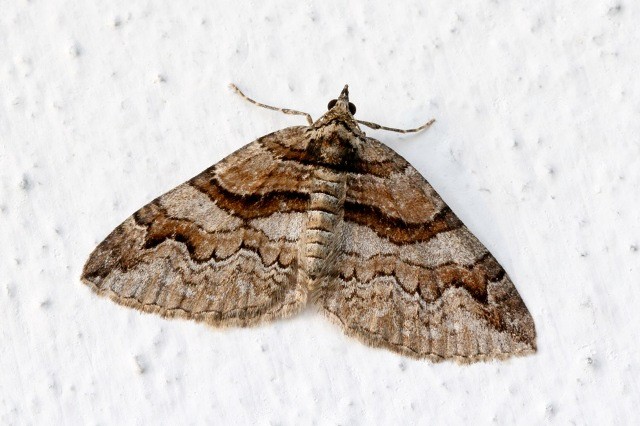 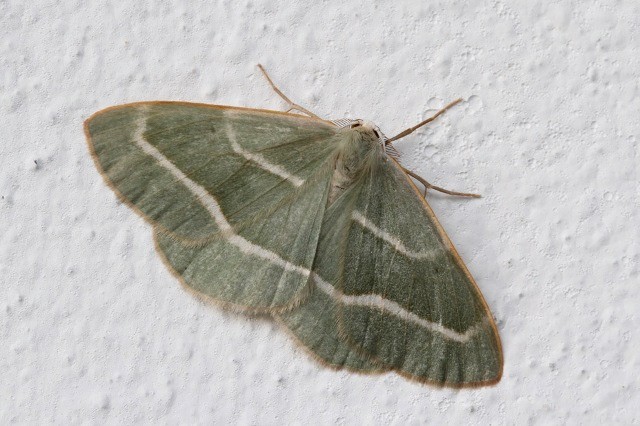 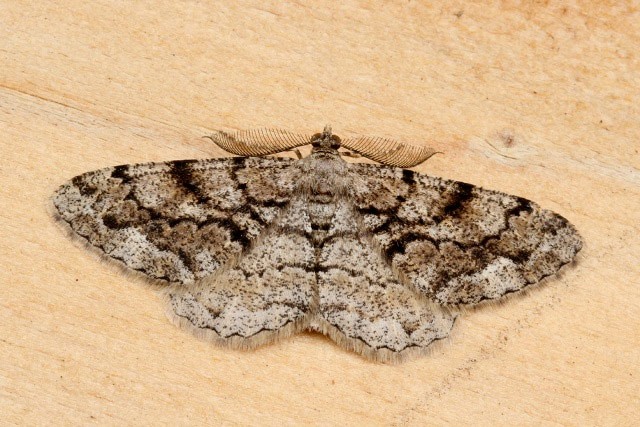 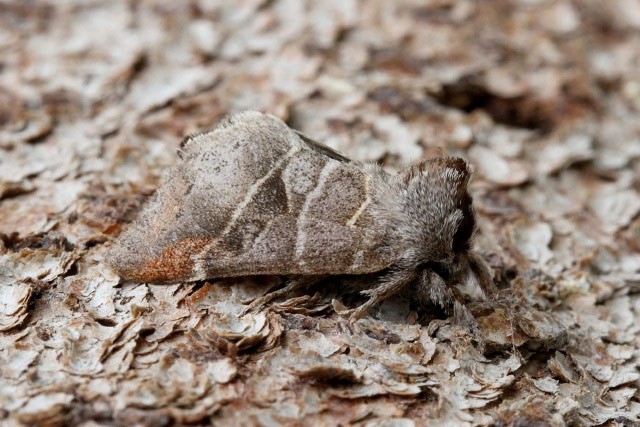 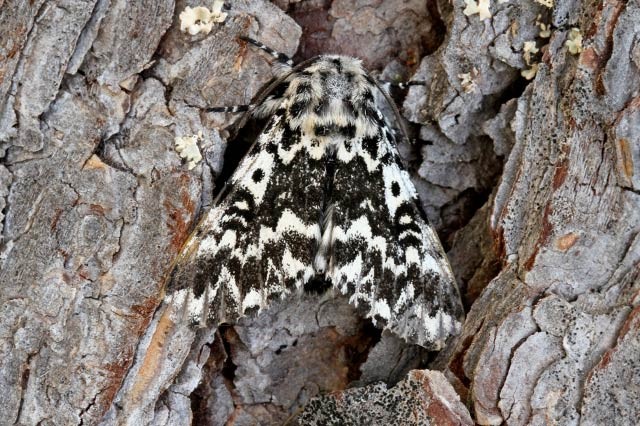 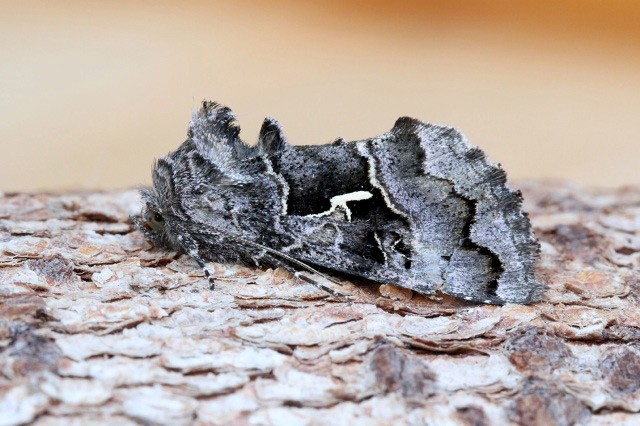 On their return journey to the airport the group stopped off in the Bellunesi Dolomites National Park. At a picnic site near Mas, they found a sparsely wooded track to a stony river bed where Large Chequered Skipper and the fantastic day-flying Nine-spotted moth were photographed — a wonderful finale to a wonderful trip! 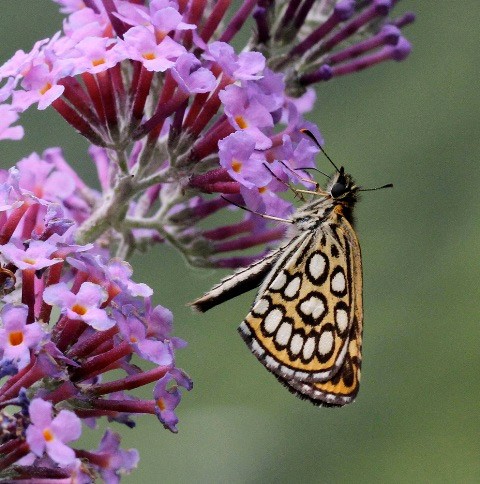 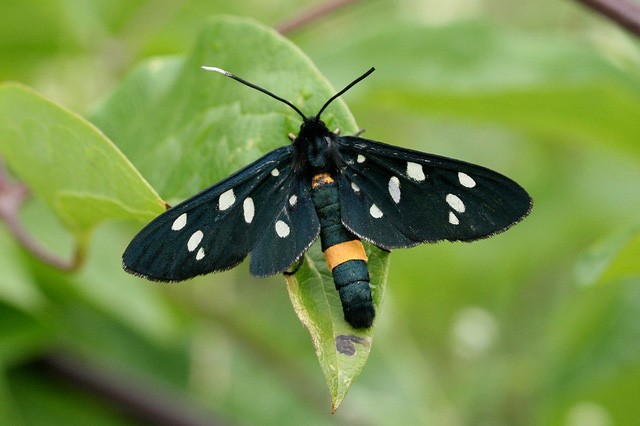 Many thanks to Naturetrek's Alan Miller and Paul Harmes.