"A building has been completely demolished and there was a bat roost in it." This type of call to the police is not uncommon but it is only in the last decade or so that the police have been able to investigate this type of incident with any degree of competency or any hope of conviction. Though my position since 1997 is as a civilian member of Tayside Police, in the role of wildlife and environmental crime officer, I have been involved in policing since 1966, when I joined the former Perth and Kinross Constabulary as a rookie constable. Had this type of call been received by the police any time prior to the late 1990s the officer responding would have been of little use to the concerned caller, who would no doubt have gone away wondering if it was worth reporting wildlife crime to the police at all. 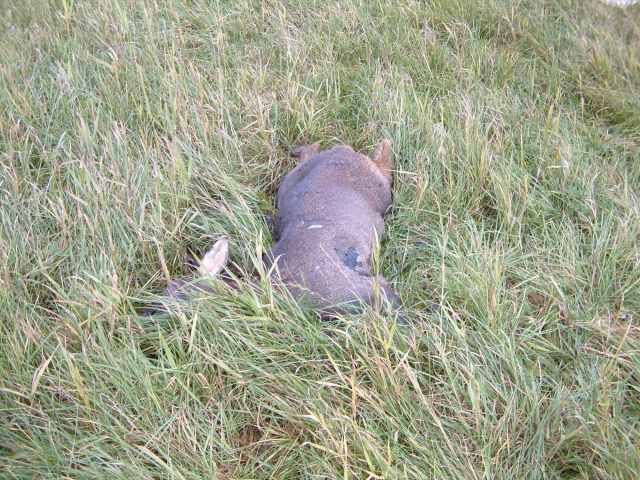 Though the police have always had the statutory responsibility to investigate wildlife crime, their expertise was minimal and as a consequence almost no crime of this nature was reported to them. This totally unprofessional state of affairs was not all the fault of the police. Most people had little awareness of illegal practices committed against animals, birds and plants, therefore had few concerns that wildlife crime was not being properly addressed. The catalyst for much-needed change had yet to surface.

Change was eventually instigated by conservation organisations, whose staff could identify the crime being committed against our natural heritage and began to cajole and coerce some action from the police officers with a wider understanding of the issues than most of their colleagues. This initial action rapidly gathered momentum and we are now, thankfully, at the stage that every police force in the UK has at least one wildlife crime officer, in a dozen or so cases in a full-time capacity, with specialised training that enables them to deal with any wildlife crime that is reported to them. Many forces, whether or not they have a full-time officer, have several wildlife crime officers who carry out their wildlife crime role as part and parcel of their general policing. 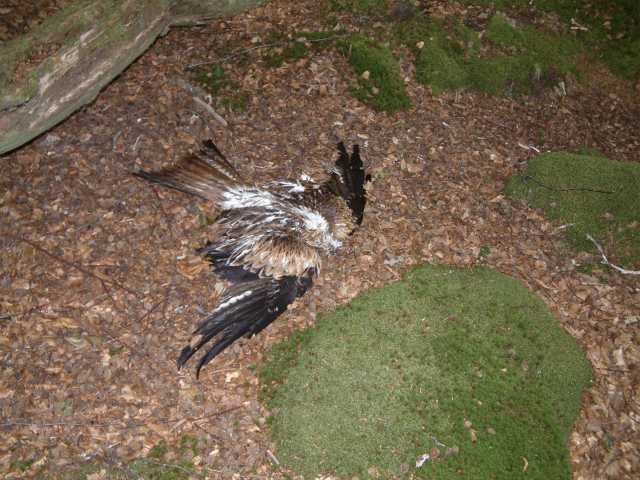 Having specialised in dealing with poaching cases in the earlier years of my policing service, and having been involved in the policing of the much wider wildlife crime role since 1993, I have three main observations. Firstly, investigation crime committed against our wildlife has been the biggest challenge of my career. Much of my service was in CID and Drug Squad, dealing with career criminals, yet trying to obtain evidence to convict a wildlife criminal is, by comparison, frustratingly difficult. Crimes committed in urban environs generally have witnesses who, when traced, give statements. Not so in most wildlife cases. There may be witnesses but they have wool, antlers or tied houses and cannot be relied on in court!

Next, because the police need witnesses of specific experience, such as an expert in bats, badgers, birds or in more unusual wildlife such as rare butterflies, American Signal Crayfish, Freshwater Pearl Mussels or even taxidermy, we can rarely investigate a case to a standard of evidence sufficient for conviction without their help. The police are the experts in investigation but these specialists are the undoubted experts in their own field. This is partnership-working in action. 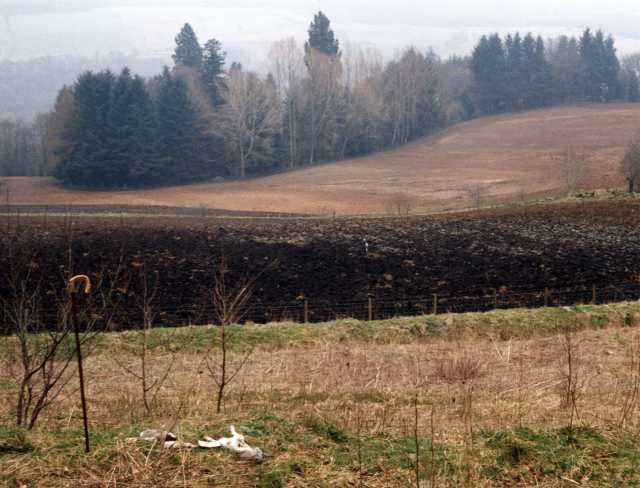 Lastly, despite the incidence of wildlife crime rising, I am never totally convinced by statistics. There is not an army of criminals that has suddenly descended on us and is committing wildlife crime on an unprecedented scale. It is simply that wildlife crime has been highlighted and the public is far better aware of what to look for. Many people are now clear on what constitutes a crime against wildlife, such as a bat roost coming to grief. They are also far better informed as to whom to report their suspicions, and, of course, the police service has at least a small proportion of staff trained to a high degree in wildlife crime investigation to provide an appropriate response. Wildlife crime is now recorded, hence the meteoric rise in the stats, but in reality I suspect it is taking place less often than say a decade ago. 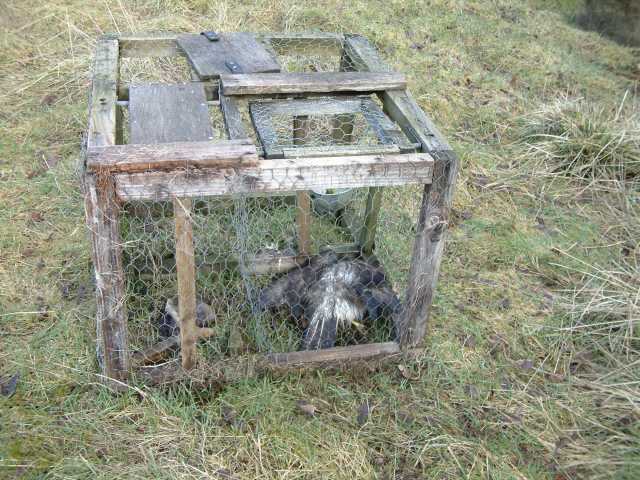 So how are the police employing this new-found knowledge? What types of crimes are they investigating? More importantly what are police forces doing to reduce the incidence of wildlife crime? The answer to the first question is complex and very much involves the Partnership for Action against Wildlife Crime (PAW) and the recently formed National Wildlife Crime Unit (NWCU), based in North Berwick in Scotland but with a UK-wide responsibility. PAW is government-led and has as the principal members, in the High Level Group, statutory enforcement agencies such as the police, HM Revenue and Customs and the prosecution agencies of the Crown Prosecution Service (CPS) and in Scotland the Crown Office and Procurator Fiscal Service (COPFS). PAW uses the expertise of the NWCU in intelligence-gathering to provide evidence to set the main priorities for wildlife policing. Currently these are crimes committed against Hen Harriers, bats and rare species protected under the Convention on International Trade of Endangered Species of Fauna and Flora (CITES). Because of the sheer volume of complaints about hare coursing and the poaching of deer and salmon these have also been included as priorities. 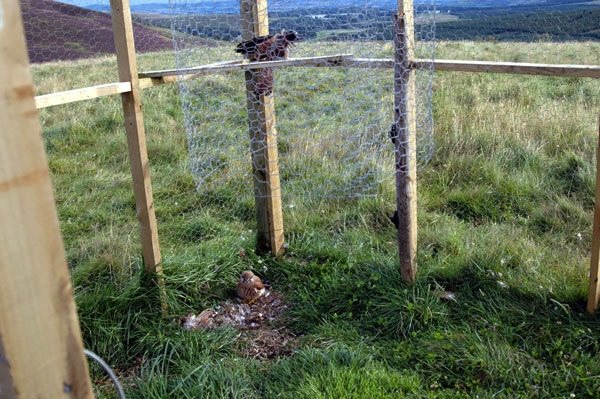 Responsibilities for policing these priorities have been widened from simply the police. As an example, in the most recent drive to enforce and reduce poaching and hare coursing, the plan owner in England and Wales is the British Association for Shooting and Conservation (BASC), and in Scotland the Scottish Rural Property and Business Association (SRPBA). In England and Wales the Deer Initiative is the prevention lead and in Scotland prevention is led by BASC. NWCU is the UK intelligence lead, while PC Nick Willey of Lincolnshire Police is the enforcement lead for England and Wales and I am the enforcement lead for Scotland. This is a pretty formidable partnership, mirrored in the other priorities by similarly appropriate groups. Without question these stakeholders will be effective in making a difference. 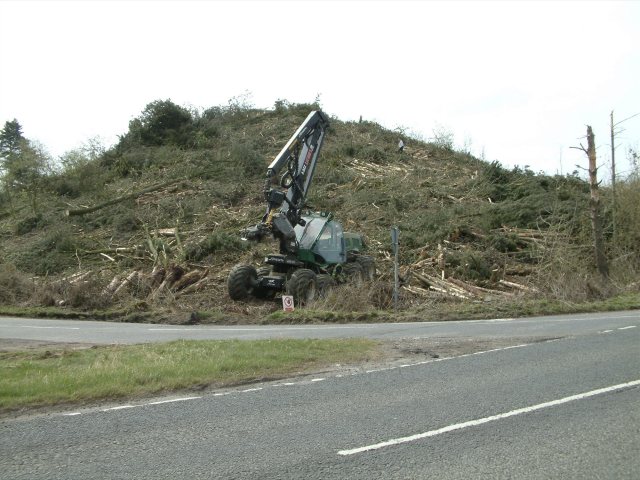 The range of wildlife crime being investigated is surprisingly extensive. It varies from force to force, with forces with large urban populations, particularly the Metropolitan Police, spending a much higher proportion of their time on international wildlife crime. Indeed the Metropolitan Police Wildlife Crime Unit has had considerable success — through their pioneering Operation Charm — in combating the illegal sale of traditional Asian medicines. They have also had significant recoveries of ivory, shahtoosh (clothing items made from the wool of the endangered Tibetan Antelope) and furs made from rare big cats such as Snow Leopard and tiger. 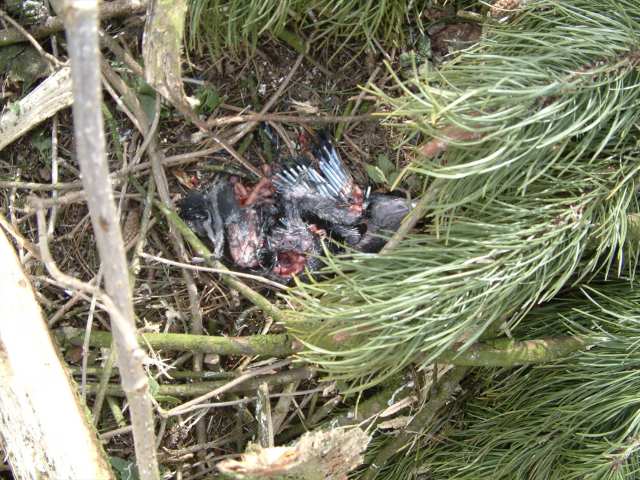 Some of the dead chicks on the ground (Photo: Alan Stewart)

Wild bird egg thieves also tend to be mostly city-based, and Operation Easter, aimed at catching these criminals and recovering their huge egg collections, is one of only a handful of operations that span the whole of the UK. This is an operation that I co-ordinate from Tayside Police and which has been particularly successful. We started off in 1997 by targeting around 70 known egg thieves. In 2000 in England and Wales and 2003 in Scotland prison sentences became available to the courts. This, together with the real risk of being caught (since all forces, with considerable help from the RSPB, were working together and sharing intelligence which was now being used proactively), resulted in many of the egg thieves being brought to justice. Intelligence gained during the years brought our targets up to about 140, but, with many now having served jail terms, their self-confidence waned and we are back down now to probably about 40 who might still risk collecting birds' eggs in this country. We now track some of them who have decided it is safer to collect eggs abroad, and we know some are regularly visiting such countries as Spain, Iceland, Poland and Latvia in their incredibly strange quest for eggshells.

More run-of-the-mill wildlife crimes are the illegal shooting, trapping and poisoning of wildlife (often birds of prey in the pursuit by landowners and game managers of higher numbers of game birds to shoot); the killing of Sparrowhawks and Peregrines by some renegade pigeon fanciers; the illegal taking of songbirds from the wild; the illegal use of snares; and of course the abominably cruel 'sport' of badger-digging. 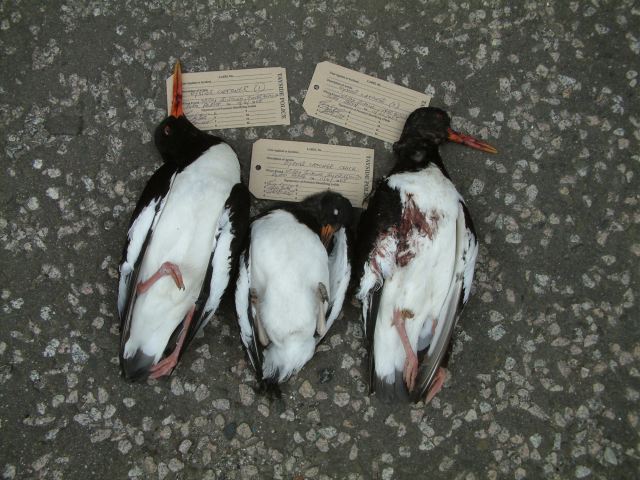 On a local note, the wildlife crimes of main interest with which we have been dealing in Tayside in 2008 are:

Returning to the question of the reducing wildlife crime, I have already outlined the prevention factor built in to the hare coursing and poaching priority. In Tayside I and the other 12 part-time wildlife crime officers give upwards of 60 talks a year to interested groups. We also attend a number of events and locations with our wildlife crime roadshow. In addition, for the past 12 years we have run a schools wildlife crime project involving annually between 1500 and 2000 primary school pupils of about 10 or 11 years of age. Hopefully this will ensure that the next generation give more consideration to wildlife and their environment than have previous generations. These initiatives, in varying forms, are being carried out in many forces across Britain.

Designs made from leaves as part of this year's Tayside Police Wildlife Crime Project with primary schools (more can be seen on the Tayside Police website) (Photo: Alan Stewart)

Looking at penalties, the availability to the courts of imprisonment as a sentencing option is only one aspect of where the law has improved since the turn of the century. Before these reforms in wildlife law, it often seemed we were fighting a losing battle. However, the tide has now turned and wildlife legislation (with the exception of that covering the protection of seals, under the misleading title of the Conservation of Seals Act 1970) is much more suitable for purpose. 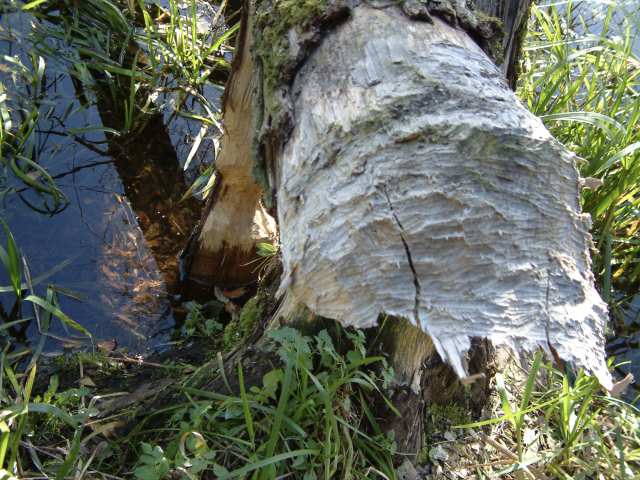 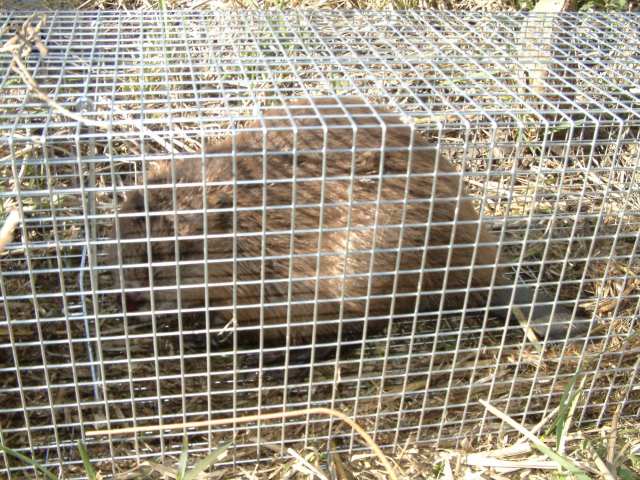 I was particularly pleased with one recommendation under police powers that I put forward (though, so far, it only applies to Scotland). The police, without warrant, had the power under the Wildlife and Countryside Act 1981 to 'search or examine any thing that a suspected person may then be using if the officer suspected with reasonable cause that evidence of the commission of an offence was to be found on that thing.' This was hopelessly inadequate. In fact it was useless. I suggested to the Scottish Government that the police needed the power to search for any 'thing' rather than just to search it. I also pointed out that most crimes had already been committed and the power was in the present tense, rather than in the past and present tense. After much debate with Scottish Government lawyers (through the medium of one of their staff drafting the new Nature Conservation (Scotland) Bill) I was able to convince them of what people actually trying to enforce the law needed. The resulting wording now is 'search for, search or examine any thing which that person may then be using, may have used or may have or have had in his possession, if the constable suspects with reasonable cause that evidence of the commission of the offence is to be found in or on that thing.'

Even if I did nothing else of note in my time as wildlife and environment officer I considered this a major success.

Alan Stewart is the author of Wildlife Detective: a life fighting wildlife crime (Argyll Publishing - £9.99). His new book on wildlife crime in Britain and Ireland today, The Thin Green Line, will be published early in 2009.
Written by: Alan Stewart, wildlife and environmental crime officer, Tayside Police
Login to leave a comment
Return to List