Winter birding deep within the urban sprawl can be especially challenging, and here at Stoke Newington Reservoirs in Hackney, possibilities are effectively limited to hard-earned, cold-weather wildcards. However, the steadily increasing ranks of gulls at this time of year inspire a second glance, and not just for the long shot of a rarer congener. 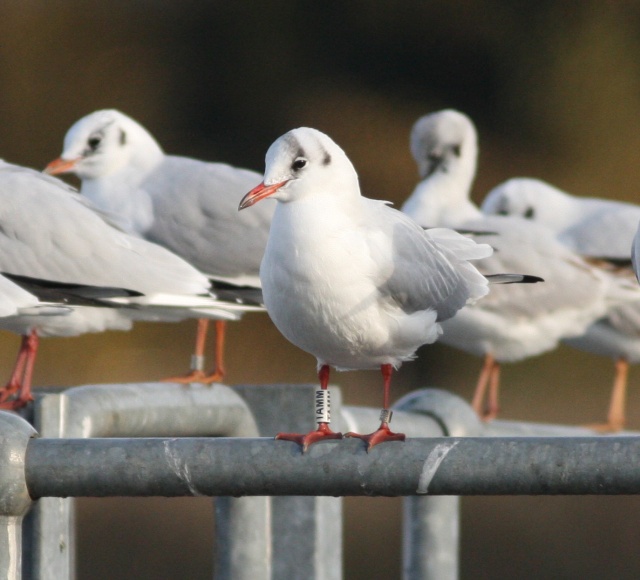 Black-headed Gull (white TAMM), Stoke Newington Reservoirs, November 2010 — ringed as an adult in central Poland in May 2010, and the first sighting since then. (Photo: Mark Pearson.)

Colour-ringed birds are especially evident at this time of year and, while some inevitably go unread, I've been able to read or photograph the majority over recent weeks. It's an aspect of local birding that is truly fascinating, and encapsulates the notion of 'purposeful birding'; colour-ringed birds can turn up anywhere — on the coast or many miles inland, at local parks, playing fields, lakes, tips and beyond — and thus anyone is in with a chance finding them (and contributing to the bigger picture). 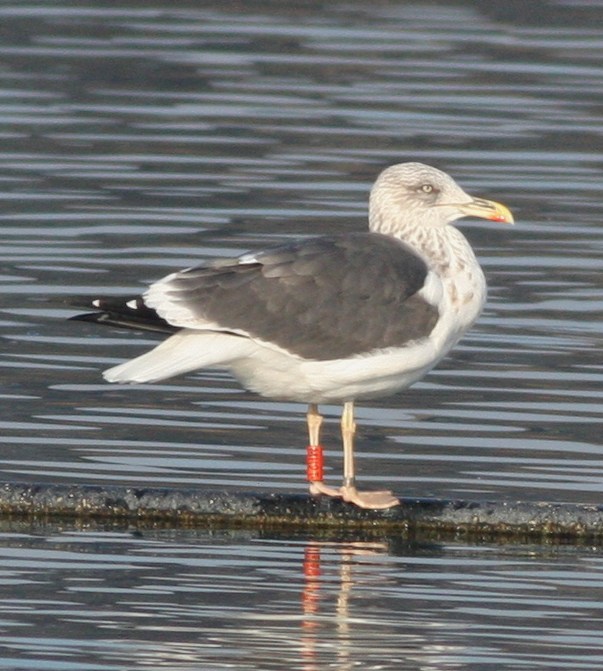 Whilst not a substantial roost site, the reservoirs attract plenty of Larids, not least in the hours either side of darkness. Pre-roost gatherings are especially numerous, and twilight here is sound-tracked by a raucous chorus more akin to a seaside town. The reservoirs are on a direct flightline to and from the roosts in the upper Lea Valley, and many birds drop in the bathe, feed and loaf before heading northeast out of the city. 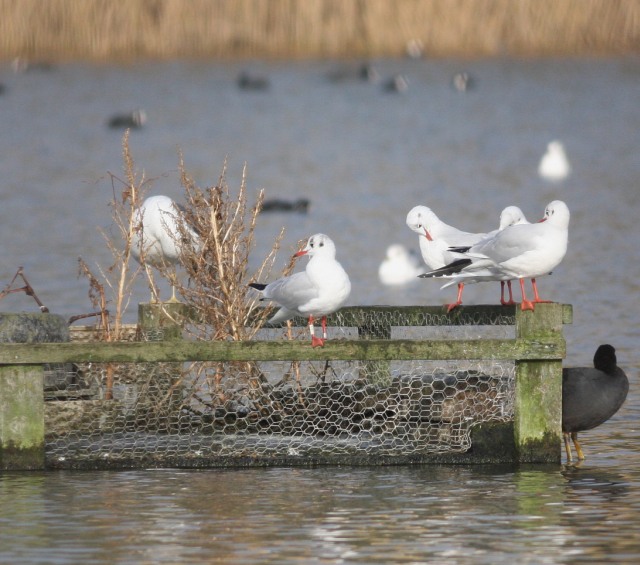 Reading about the general movements of 'our' gulls in The Migration Atlas or BWP is one thing; learning the life history of an individual, often within a few days of a sighting on one's local patch, is quite another, and the results can be fascinating.

Lesser Black-backed Gull (red HB0T), Stoke Newington Reservoirs, October and November 2010 —  ringed Pitsea landfill, Essex, in November 2008, and back in England after absconding to Spain. A map of this bird's movements can be found here. It's pictured here with a hybrid Herring × Lesser Black-backed Gull, second from left. (Photo: Mark Pearson.)

It's been a pleasure to receive ringing details via EURING, and also to discover programmes close to home responsible for several of our controls, notably the North Thames Gull Group. With a little optical magnification and the black magic of the web, I know for sure that, within the last few weeks, we've had visitors from Poland, Spain, Essex, Norway and Denmark, and details are awaited for plenty more. Hackney may not be the most picturesque of parishes, but at least it's multicultural. 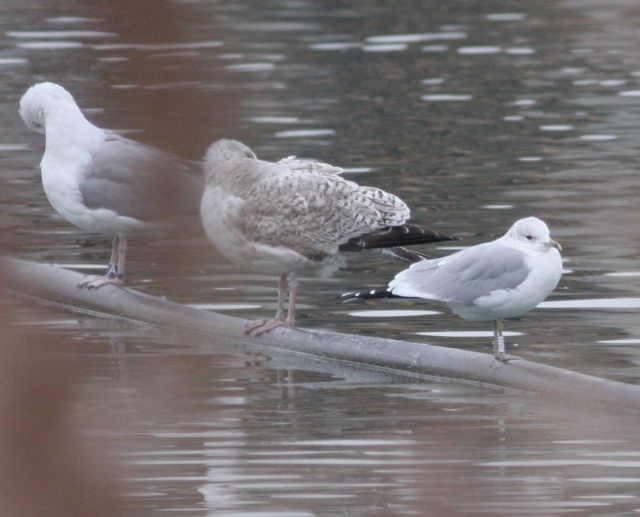 Herring Gull (blue A) and Common Gull (white JH22), Stoke Newington Reservoirs, December 2010. Full details awaited, but we know the Herring Gull was ringed in Sussex in 2001, and the Common Gull is Norwegian. (Photo: Mark Pearson.)