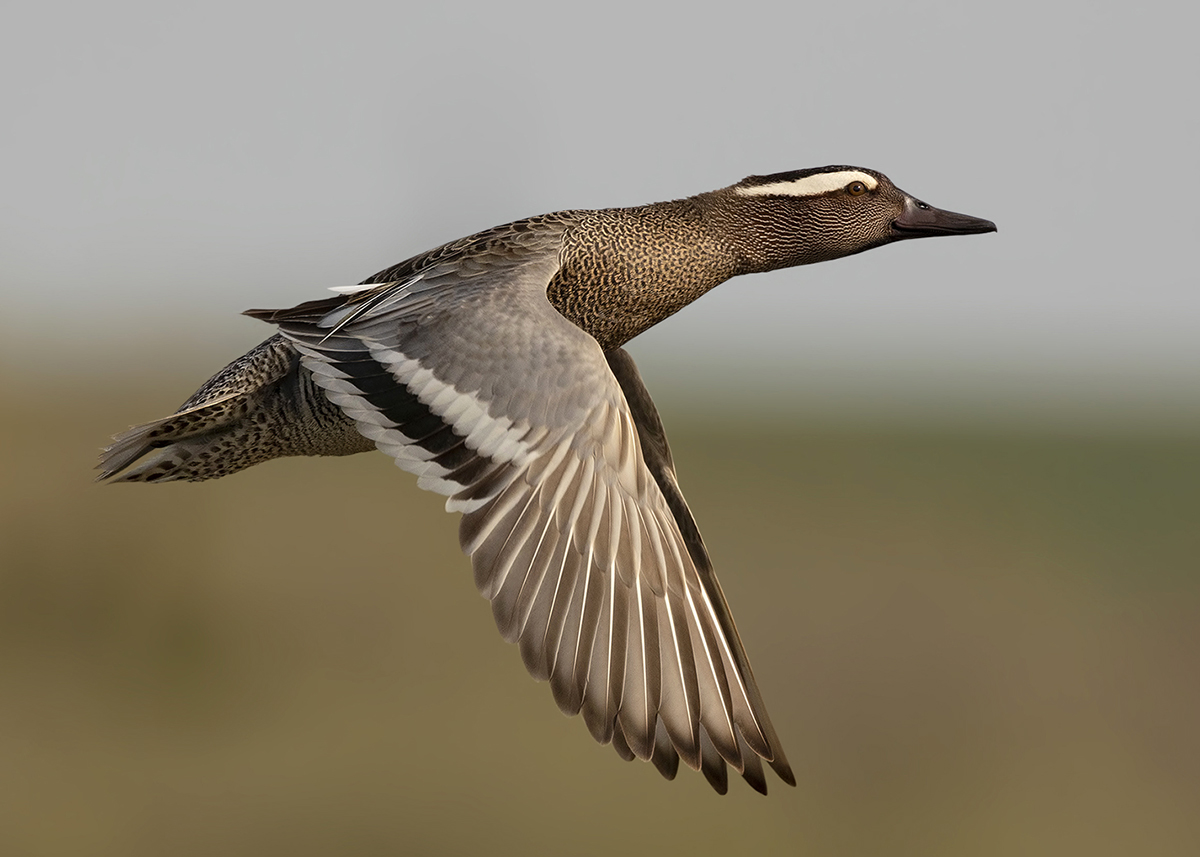 It's far to say that 2022 has been one of the best for Garganey in many years, and it's fitting that the Photo of the Week for the last full week of April features the species. This wonderful side-on flight shot of a drake, taken by Steve Ashton at Stodmarsh NNR in Kent, is as good a Garganey image as we've seen this spring. This is a feather-perfect capture, with a shutter speed of 1/2,500 ensuring even the wingtips are frozen, and shows off the upperwing and head patterns very clearly. In fact, this image wouldn't look out of place in a photo field guide ... congratulations to Steve on his cracking winner!