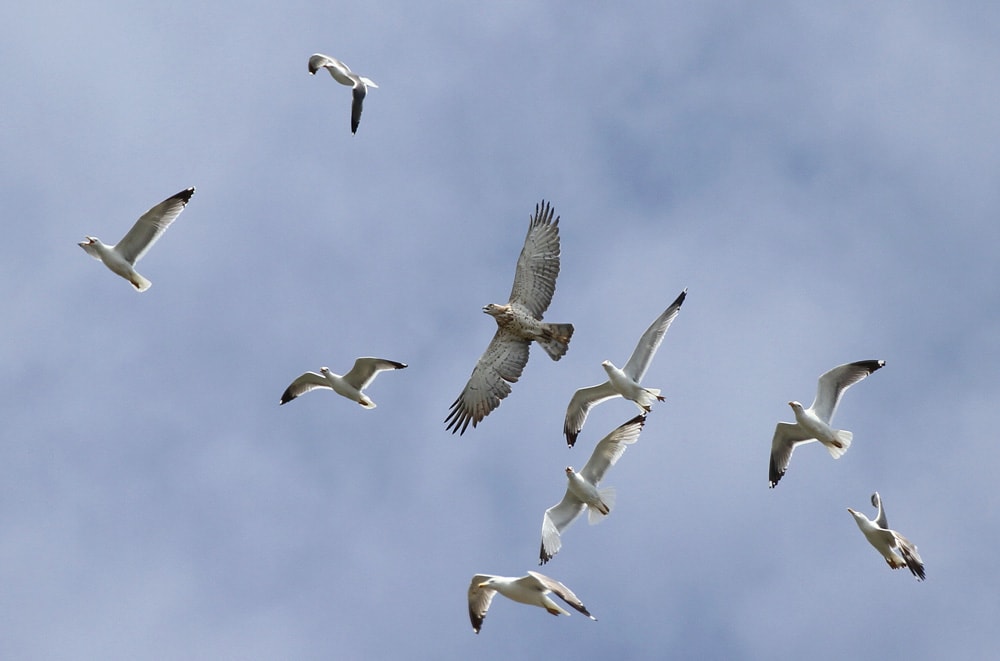 The perils of raptor migration are illustrated in this week's winning capture by Steve Copsey, which shows a Short-toed Snake Eagle running the gauntlet of angry local Yellow-legged Gulls as it arrives in Gibraltar, following an arduous sea crossing from Africa.

This is a nicely exposed image, retaining the detail in the plumage of all the birds despite being taken against a partly cloudy sky, while the sharpness of all nine is very good. 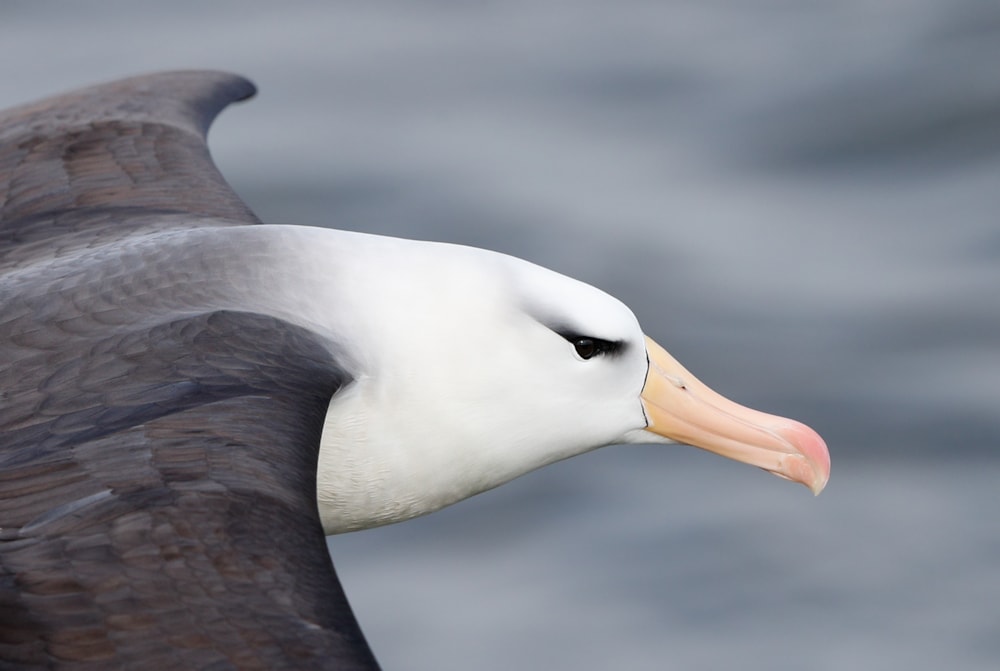 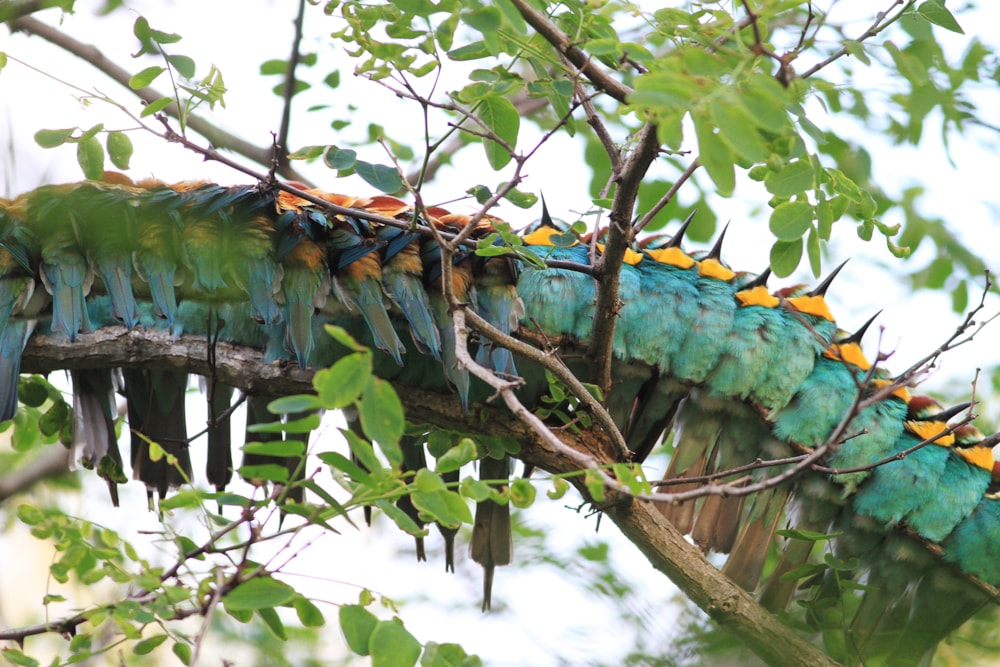 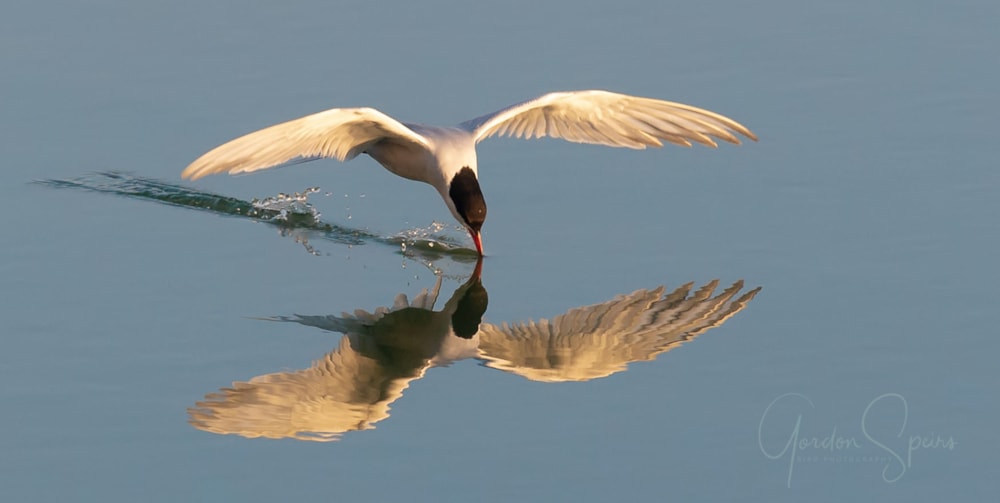 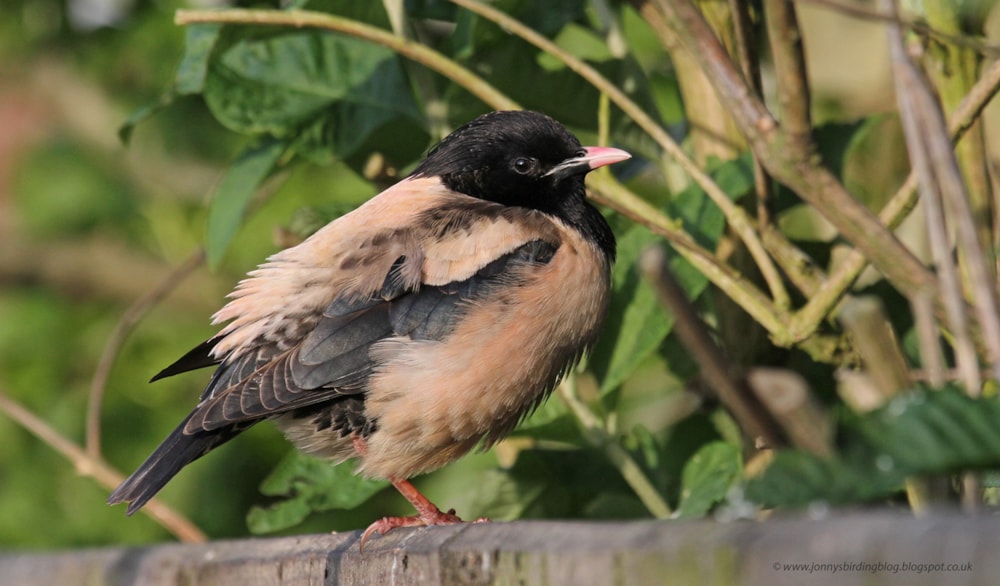 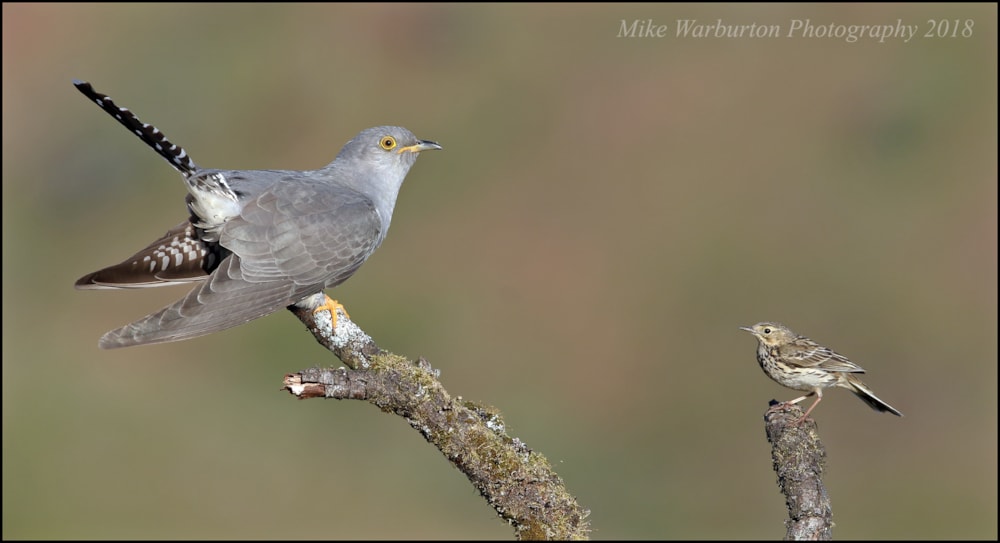 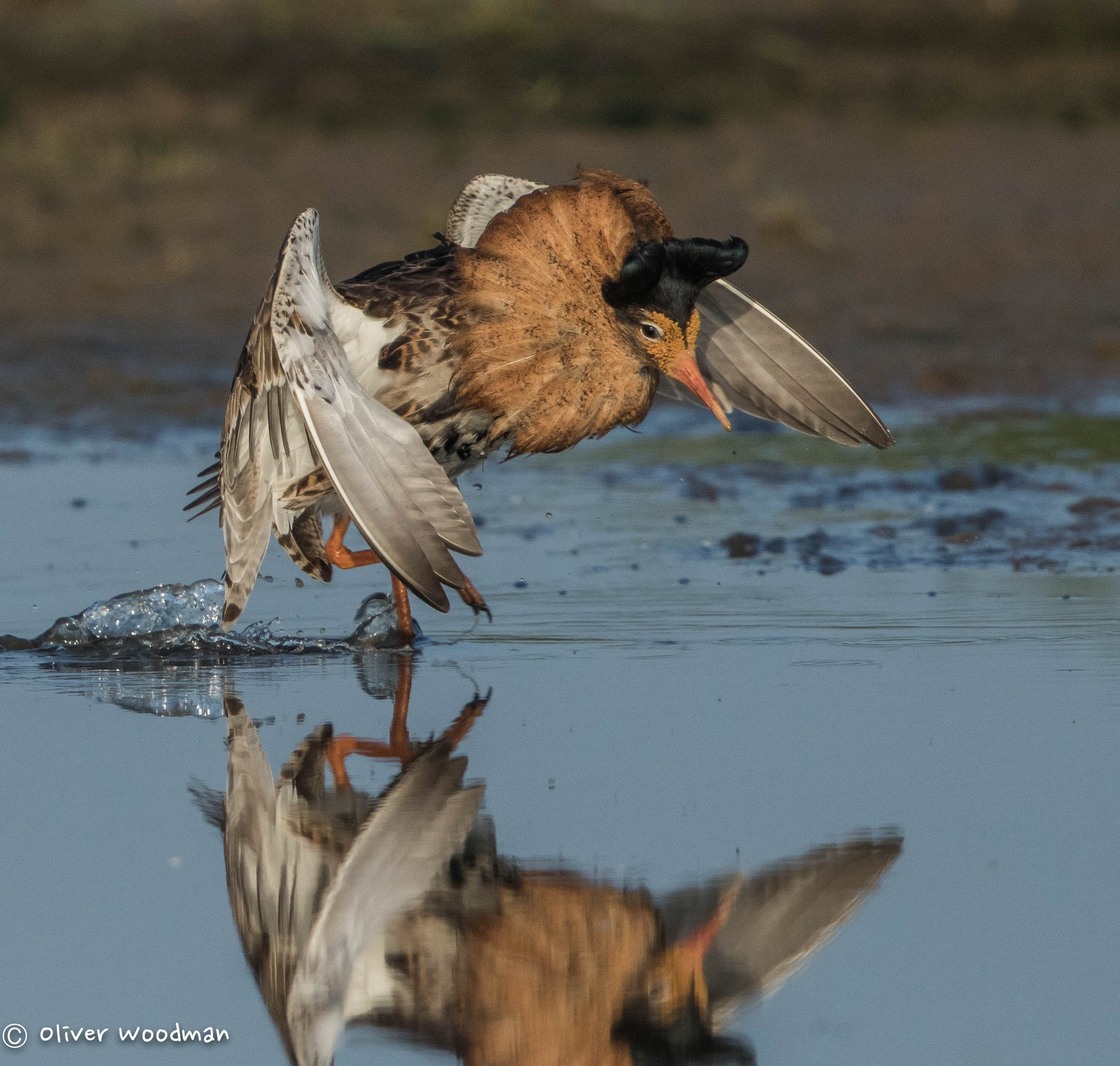 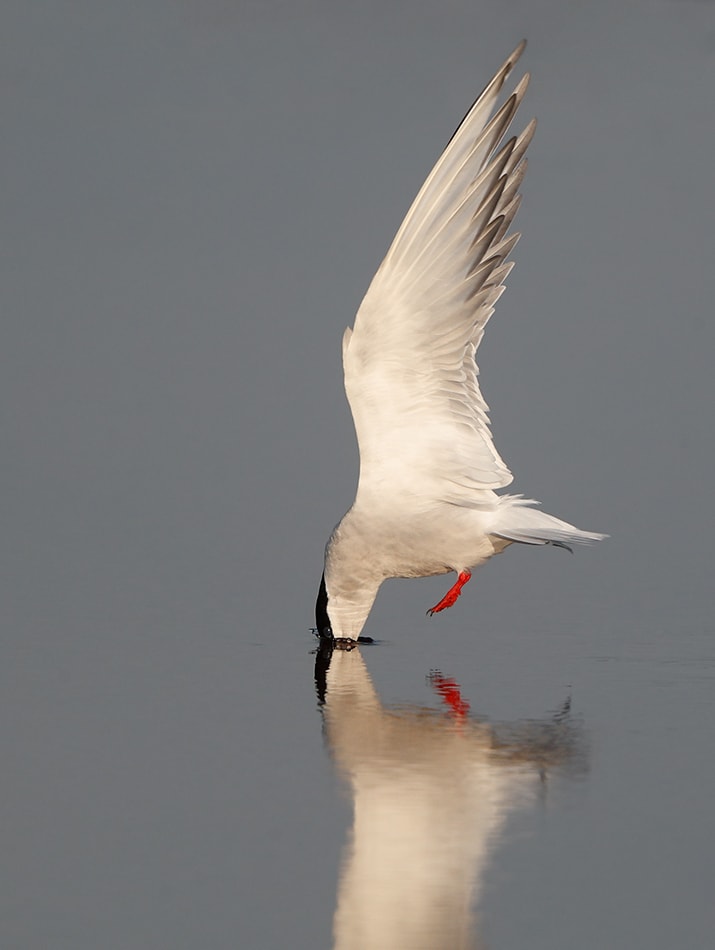 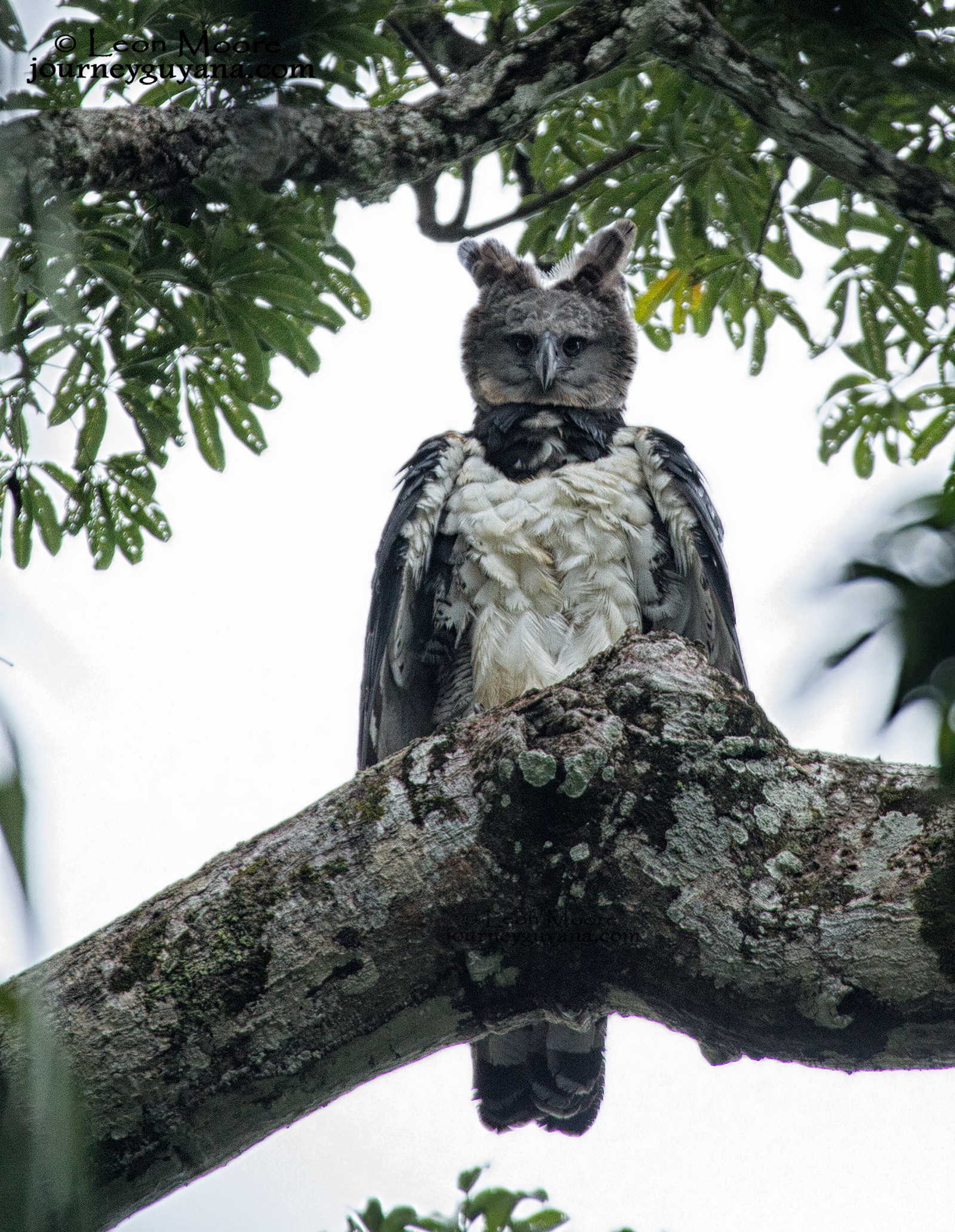 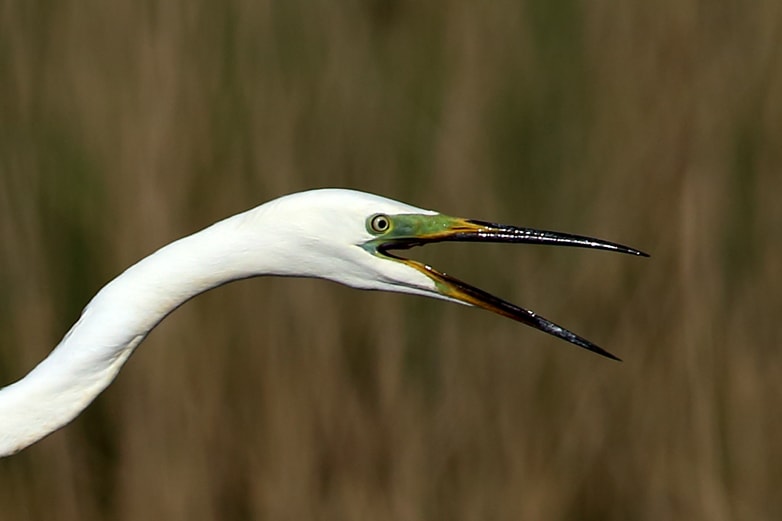 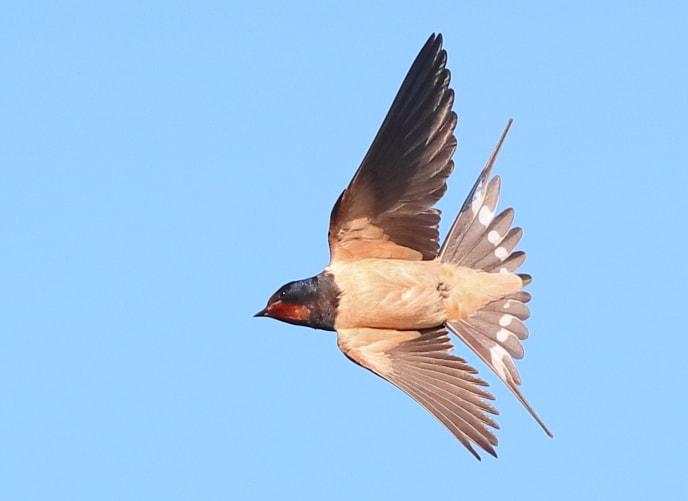 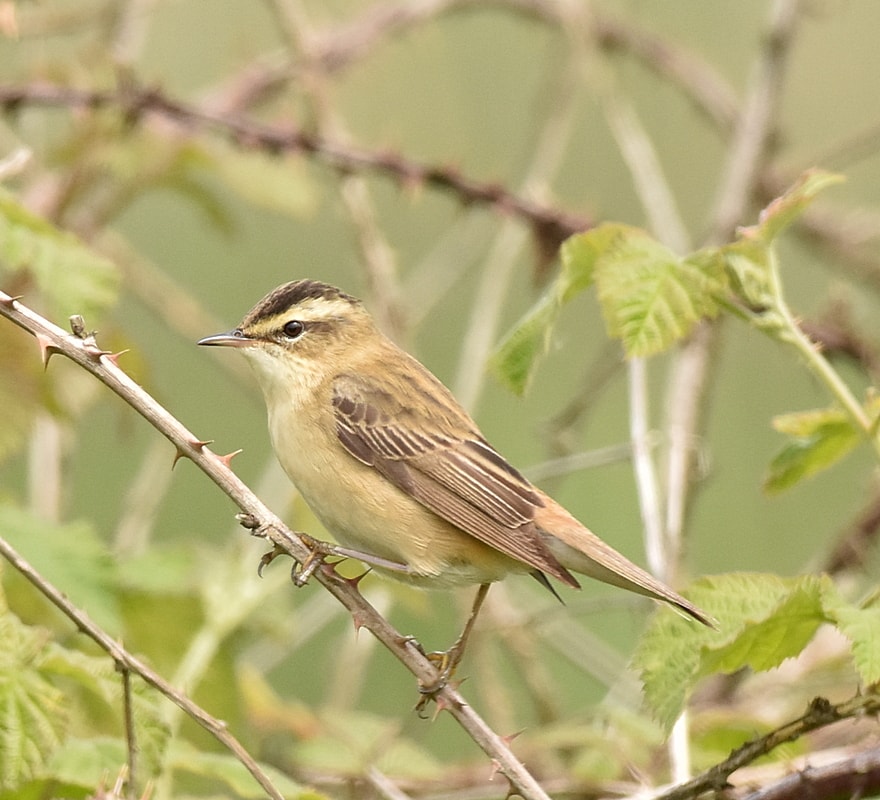 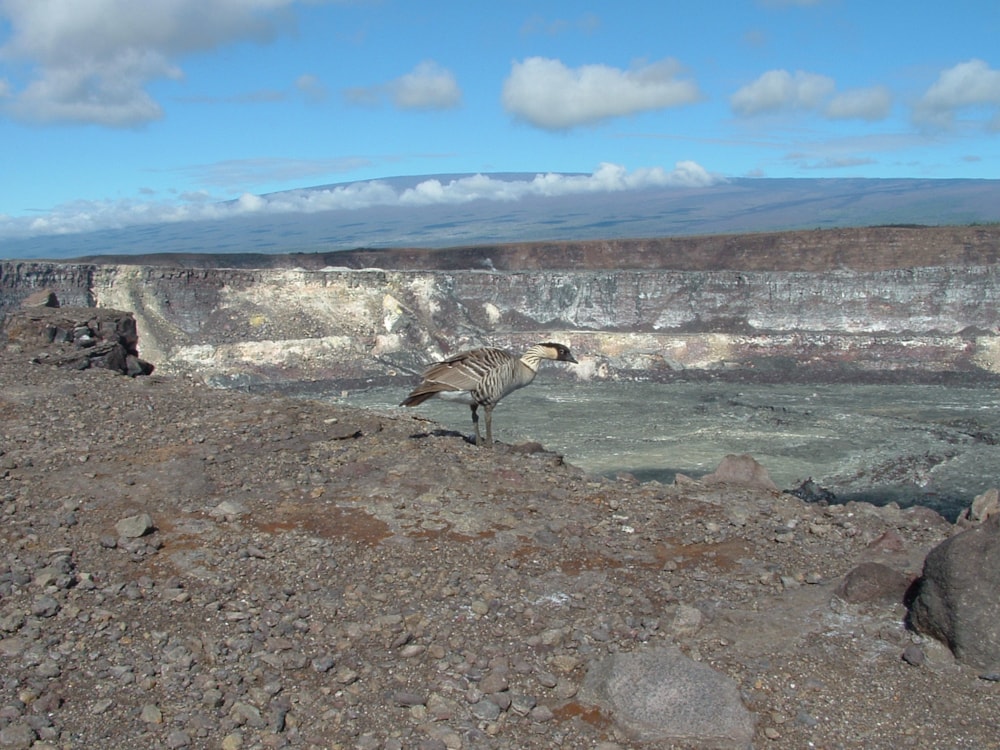