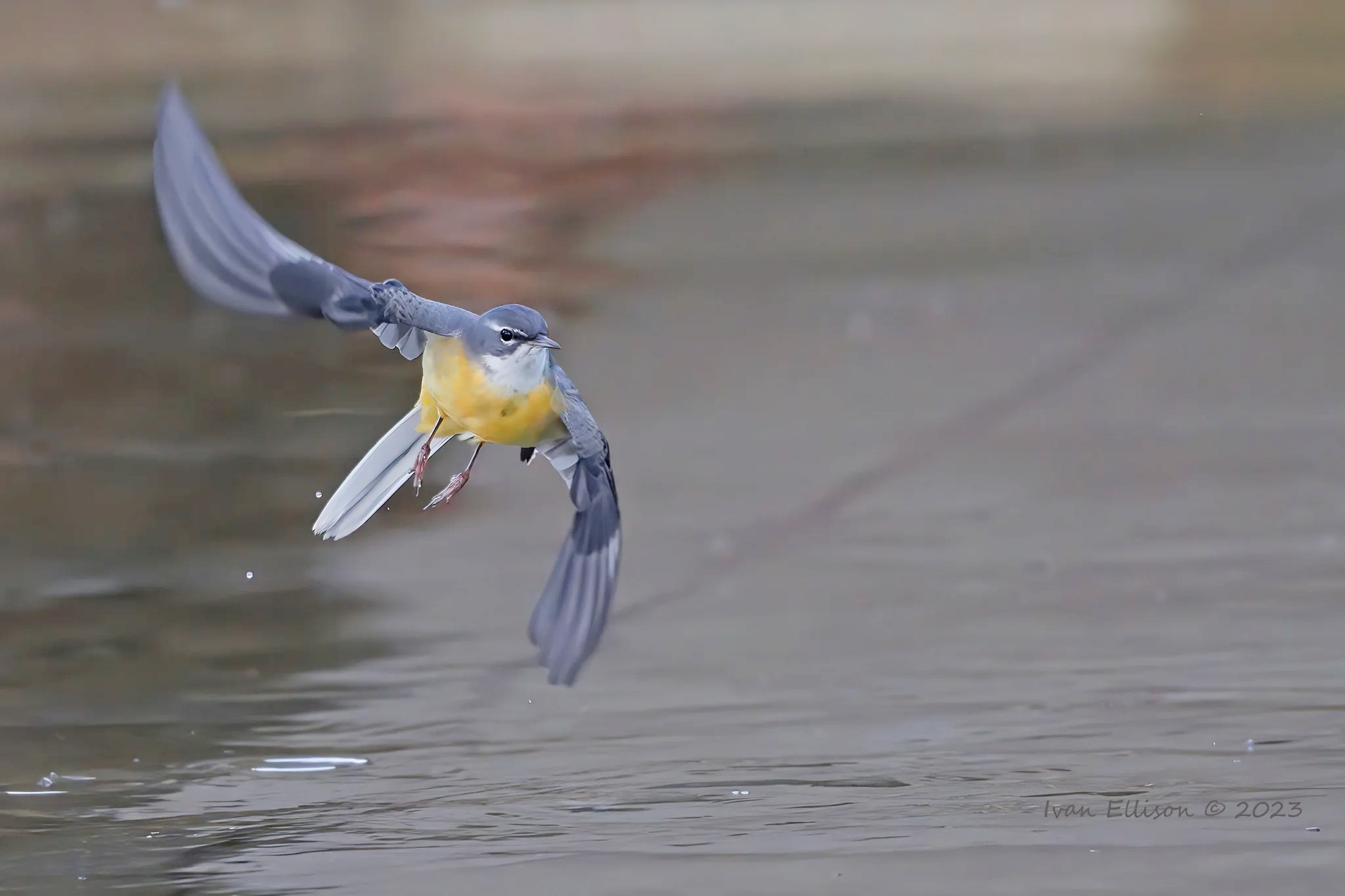 Ivan is a well-known contributor to the BirdGuides galleries, the majority of uploads providing a delightful glimpse into the birdlife near his Greater Manchester home. A somewhat understated British resident, the Grey Wagtail is common in riparian habitats across the country, yet it is rarely photographed in such a remarkable manner. Captured mid-flight while hunting insects over a local Salford pond, this amusing catch with wings in opposing positions almost mimics the appearance of a spinning windmill. Water droplets by the bird's tail add to this sense of movement, having been flicked off the surface of the water by the darting wagtail.

Ivan is no stranger to pushing the boundaries with his in-flight photography. This is keenly evident both above and with his remarkable capture of a hovering Common Kestrel, which also picks up a notable award this week. This is undoubtedly helped in part by rapid recent advances in photography equipment, taking advantage of the eye-tracking software available in mirrorless cameras. The head and body of the bird is wonderfully sharp, while Ivan even manages to freeze a glint in the wagtail's eye. Congratulations to Ivan on an innovative, worthy winner!