Short-term conservation projects are rare – new obstacles constantly appear and must be surmounted. Such is the case with attempts to save the Critically Endangered Red-vented (Philippine) Cockatoo from extinction and bring about the recovery of its wild population.

The Philippine Cockatoo Conservation Programme (PCCP) is run by the Katala Foundation Inc, a Philippine NGO, and supported by the Loro Parque Fundación and other donors. The project also targets Blue-naped Parrot, almost exclusive to the Philippines, and the Vulnerable Blue-headed Racket-tail, which is endemic to Palawan. 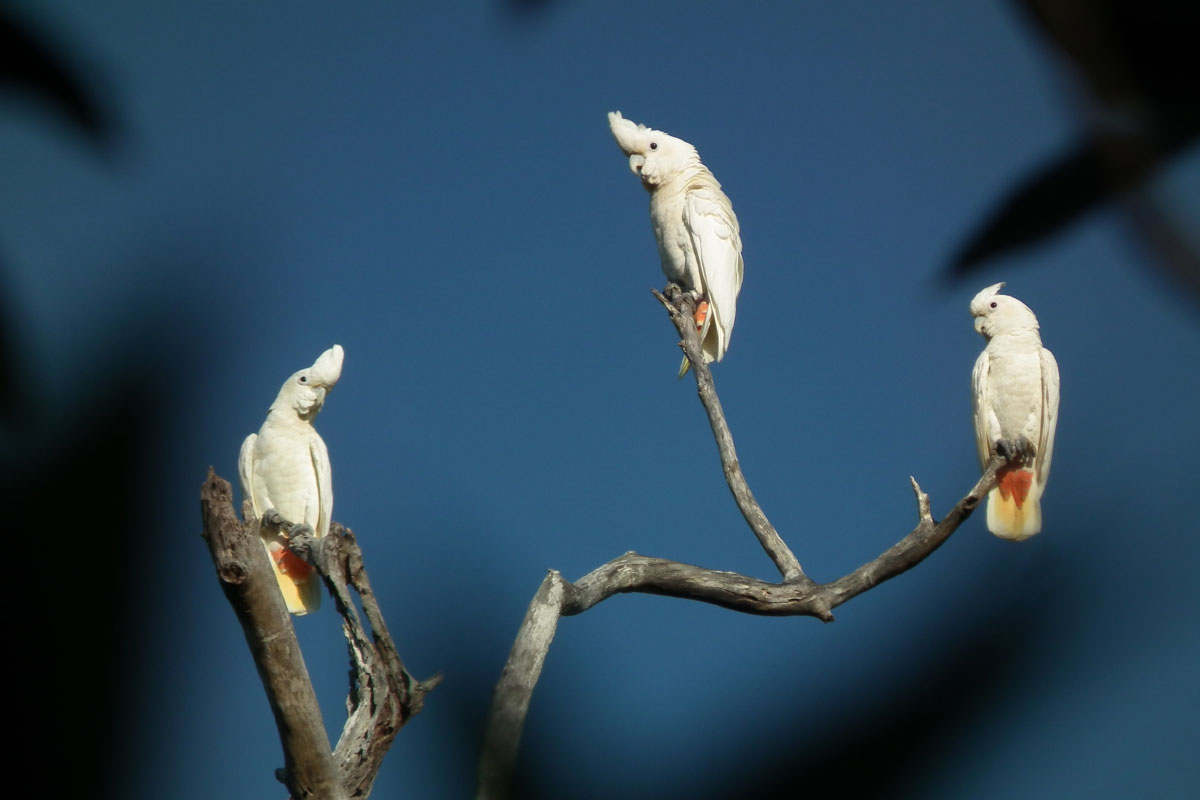 As the project continues its largely positive progression, two additional challenges have arisen. The first relates to the genetic robustness of the Red-vented Cockatoo population, and the second concerns the impact of oil palms. As a rule, genetic diversity is lost from populations which at some point in time have been reduced to small numbers of individuals, and this can endure even after a population has subsequently increased in size. This is called a genetic bottleneck. Until recently, no genetic studies aimed at quantifying genetic diversity in the populations protected by PCCP had been undertaken. However, a recent study (Que et al 2020) has genetically analysed blood and feather samples obtained from four sites in Palawan, and has added information from a previous genetic analysis of material originating from a museum specimen.

The team examined two genes, called ND2 and COX1, found in the DNA located in the mitochondria (mDNA), which is passed only from mother to offspring. The analysis showed that little genetic differentiation exists across the Red-vented Cockatoo population in Palawan, and although Rasa and Pandanan Islands contain unique haplotypes, these are found in low numbers and are derived from the two most numerous haplotypes. It is possible that these unique haplotypes are products of new mutations due to the increasing cockatoo population on both islands. However, overall, a possible reduction of genetic diversity over time is indicated. 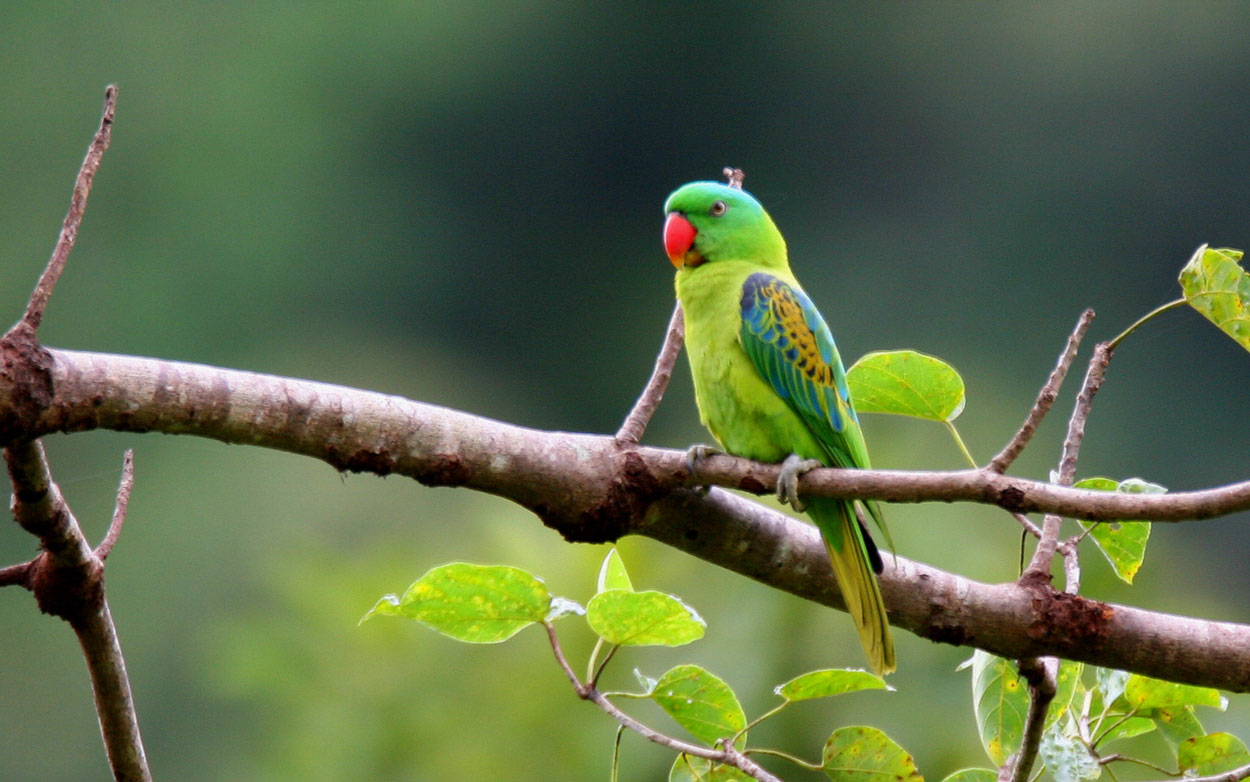 Blue-naped Parrot is listed as Near Threatened, with conservation work on Palawan benefiting the species (Blake Matheson).

A further gene, called TGFB2, from the DNA of the cell nucleus was examined for 31 individual cockatoos, revealing all to be highly similar, which supports conjecture about a possible genetic bottleneck. Evidence suggests that genetic diversity may have existed historically for Red-vented Cockatoo, and shrinkage of its distribution and population have probably led to the reduction of genetic diversity, which might limit the ability of the species to adapt to future threats. Thus, there is a compelling need to use genetic techniques in the breeding and reintroduction of cockatoos across into its previous distribution, while maintaining efforts to protect and restore habitats and current populations. Rasa and Pandanan Islands constitute an ideal source of founders for any reintroduction of this species elsewhere in the Philippines. The forest cover on Dumaran Island and other parts of Palawan is heavily depleted, making natural dispersion difficult and necessitating artificial translocation. This is the connection to the oil palm challenge. 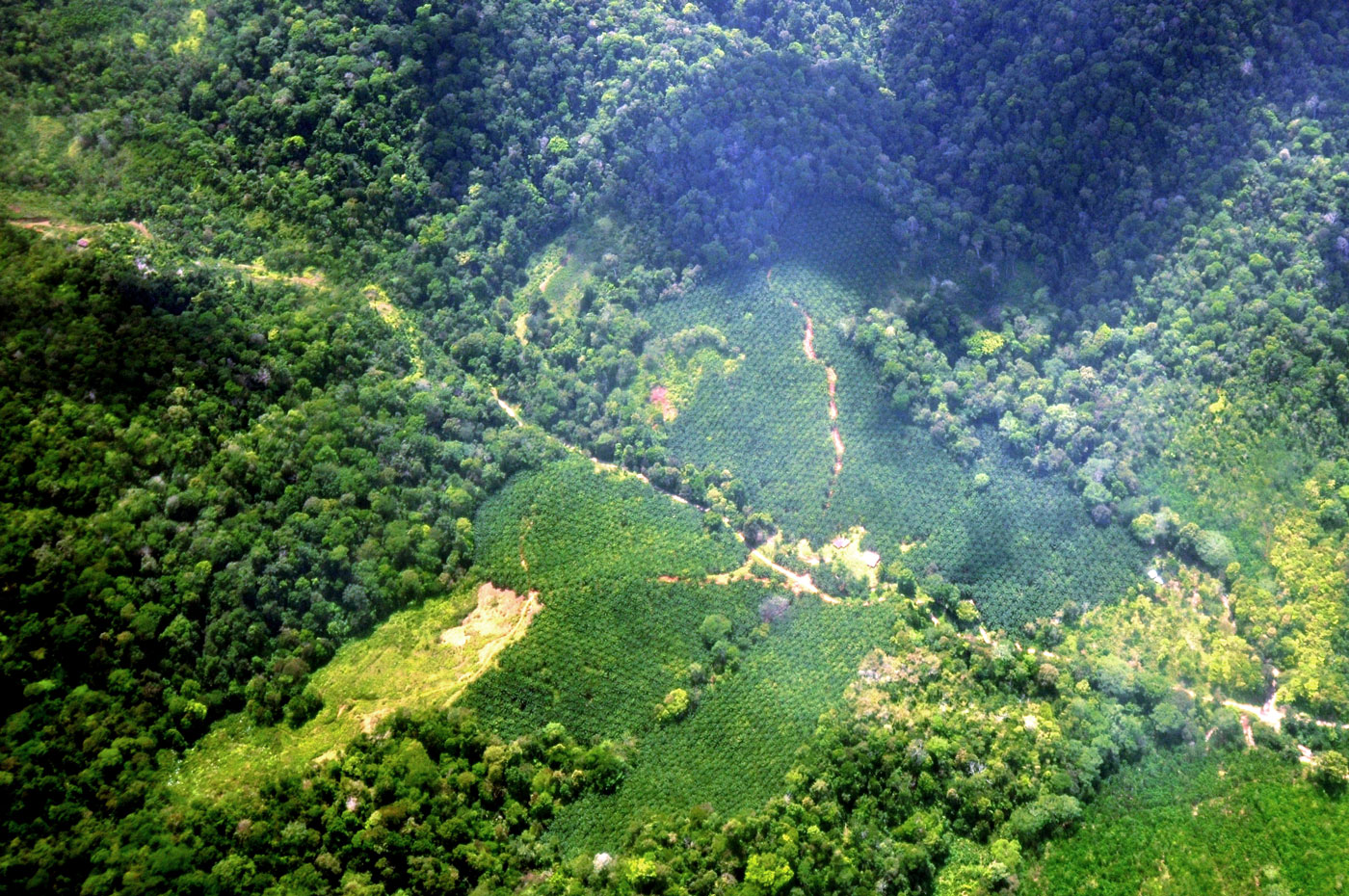 Oil palm plantations are gradually replacing native forest in parts of Palawan, despite the island being a UNESCO Biosphere Reserve (Shankar Raman).

Widespread plantations of oil palms are found in southern Palawan, and further expansion of plantations in the near future is expected, despite that Palawan is a UNESCO Biosphere Reserve and considered to be the 'last ecological frontier' of the Philippines. Conversion of forest to oil palm plantation has known negative impacts on biodiversity, and a recent study (Bernardo, 2017) has investigated these effects on bird communities in Aborlan, Palawan, relatively close to Rasa Island and IWPP. The study compared the bird communities in oil palm monoculture and adjacent intact forest. 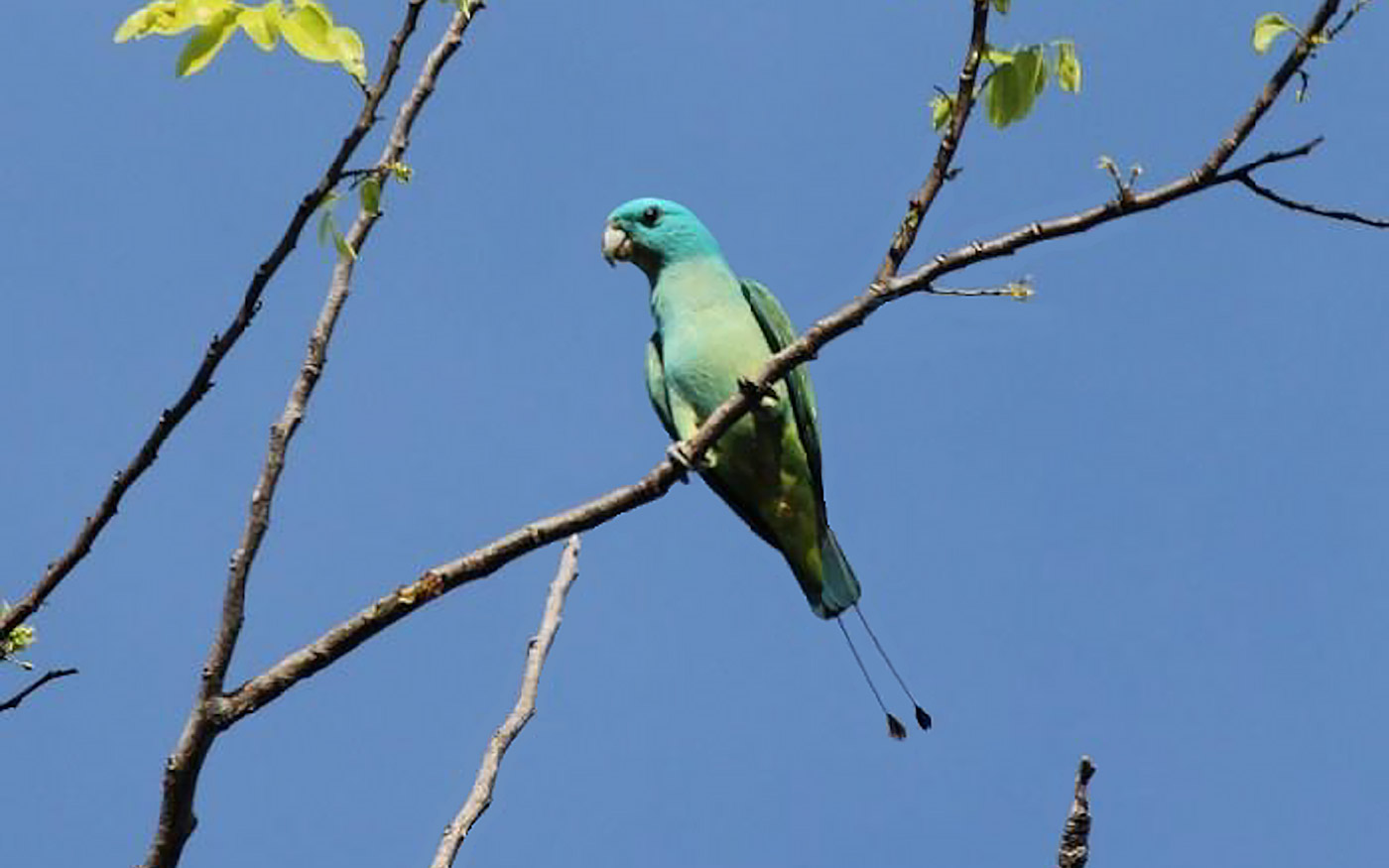 The spectacular Blue-headed Racket-tail is endemic to Palawan and surrounding islands, yet is heavily threatened by deforestation (Peter Widmann).

Present in the forest but absent from the oil plantations were Blue-headed Racket-tail and Blue-naped Parrot. Red-vented Cockatoo was not recorded at all, but this is because the altitude of study area was too high, given that the cockatoo appears to be restricted to lowland primary and secondary forest predominantly below 50 m, in or adjacent to riverine or coastal areas with mangroves. However, oil palm plantations are preferentially established in lowland areas, and therefore can be a direct threat to the cockatoos. Therefore, it is vital to conserve existing forest fragments within or near the oil palm plantations as well as to create new ones, and such action is firmly part of the PCCP's constant drive save Red-vented Cockatoo.