Avian trichomonosis, more commonly called canker or frounce, is carried by a parasite that primarily infects pigeons in Britain and the larger birds of prey which feed on them. However, in 2005 scientists found the disease had jumped into Britain’s garden songbird populations, predominantly affecting Greenfinches and Chaffinches. Since then, Britain's Greenfinch population has fallen from around 4.3 million breeding pairs to fewer than 1.5 million in 2016.

In 2011, the disease was found to have reached European finch populations. Now researchers at the University of East Anglia (UEA) have discovered it in an entirely separate songbird species: Common Myna. 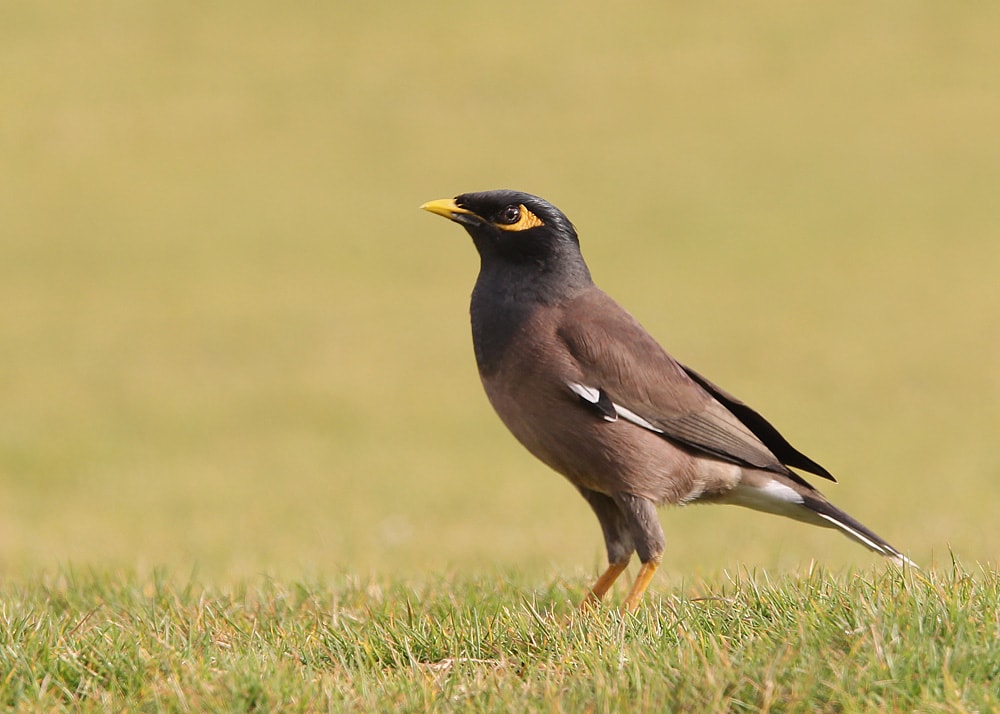 Working in partnership with the University of Agriculture in Pakistan, researchers captured and screened 167 mynas from eight different sites around the Faisalabad region of Pakistan. They discovered that around 20 per cent of the birds were infected with the disease and that there were infected birds at all of the sites surveyed. The study also found that the disease affecting the mynas was a different strain from the one found Britain's songbirds.

Few of the infected birds showed signs of poor health, suggesting that they can carry the disease without it being fatal. Because myna birds are so invasive, however, there is a significant risk that they can spread the disease to other species that might not otherwise come into contact with it.

Dr Kevin Tyler, from UEA and a senior author of the study, said: “Mynas are able to roost almost anywhere in warm climates, which is one reason they are so successful, but it could also mean they are likely to spread the disease further.

“Mynas have already been implicated in the spread of bird flu through contact with poultry, so this could be of concern to poultry farmers. However, further research and testing is needed to see whether the disease has yet spread from mynas to other species.”

“In the UK, pigeons carry this disease without serious symptoms and it looks like myna birds are able to do the same. This could be due to a natural resilience to the disease or it could be that this is a less virulent strain – again, we need to carry out further research to investigate.”

Although mynas are thought to be native to the Indian subcontinent, populations of the birds have spread around the world, so the team is also keen to test for the disease in other countries.

Farooq, H A, Khan, H A, Alrefaei, A F, and Tyler, K M. 2018. Endemic infection of the Common Mynah Acridotheres tristis with Trichomonas gallinae the agent of avian trichomonosis. Parasitology. In Press.