A new study, published in The Condor: Ornithological Applications, shows that Great Grey Owls may continue to persist – and even flourish – after large forest fires.

The 2013 Rim Fire burned 104,000 acres in Yosemite National Park and Stanislaus National Forest, making it the largest-recorded fire in California's Sierra Nevada region. Its perimeter contained 23 meadows known to be occupied by Great Grey Owls during the decade prior to the fire, representing almost a quarter of all known or suspected territories in California at the time. Great Grey Owl is an endangered species in the state, with a recent estimate suggesting that there were fewer than 100 pairs remaining. 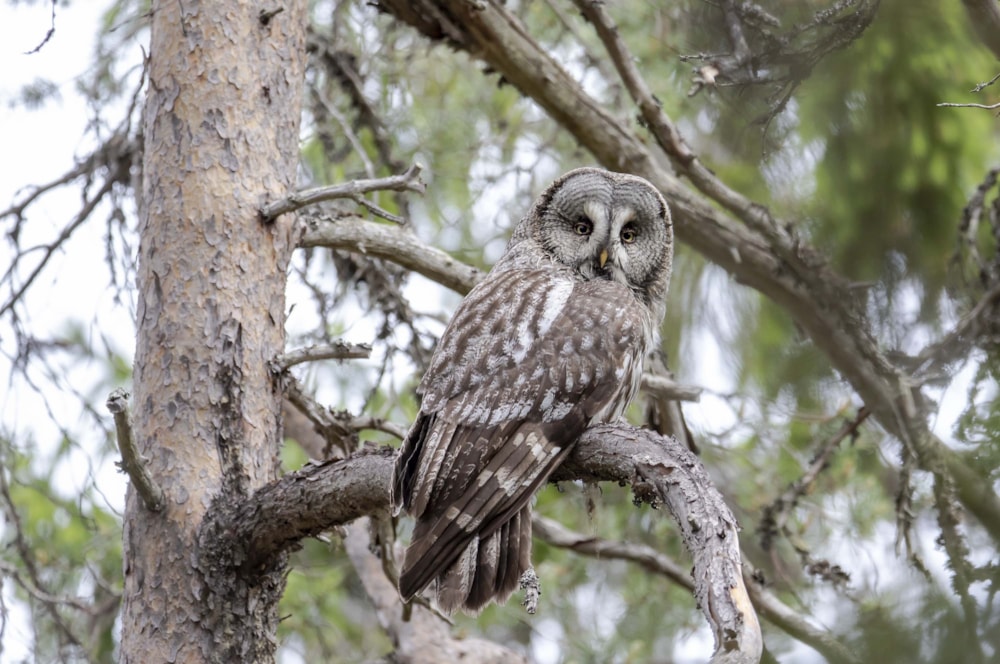 Researchers analysed 13 years of Great Grey Owl detection data (from 2004-16) from 144 meadows in the central Sierra Nevada, including those inside and outside the Rim Fire perimeter.

During three years of surveys after the fire, Great Grey Owls were found at 21 of the 22 meadows within its perimeter that were occupied during the decade prior to the fire. Researchers surveyed 144 meadows in at least one year prior to the 2013 Rim Fire; 54 of these were also studied during at least one year after the fire. They found Great Grey Owls at least once at 89 meadows, with detections at 68 of 92 meadows in Yosemite National Park, and at 21 of 52 meadows outside of National Parks.

Rather than decreasing after the fire, persistence of owls at meadows actually increased on both National Park Service and other lands, while colonisation rates exhibited no significant change. Great Grey Owls appear to have been largely resilient to effects of the Rim Fire during the three years after it burned.

Stable occupancy and increased site persistence after fire suggest an overall resilience to the effects of the fire during the three years after it burned. Any negative effects stemming from loss in nesting habitat appear to have been counterbalanced by other factors. Because Great Grey Owls most typically nest in the rotting remains of substantially deteriorated trees, fire could potentially enhance their nesting habitat by killing large trees that then become suitable nesting structures. Another positive effect could be to improve conditions for meadow-dwelling rodent populations that constitute the the owls' primary prey.

Many researchers and land managers believe that tree thinning to reduce fire risk is critical to ensure the persistence of wildlife species associated with these forests. But this research suggests forest resilience treatments are not needed to protect Great Grey Owls, and conservation efforts might be better directed to other needs of the species. 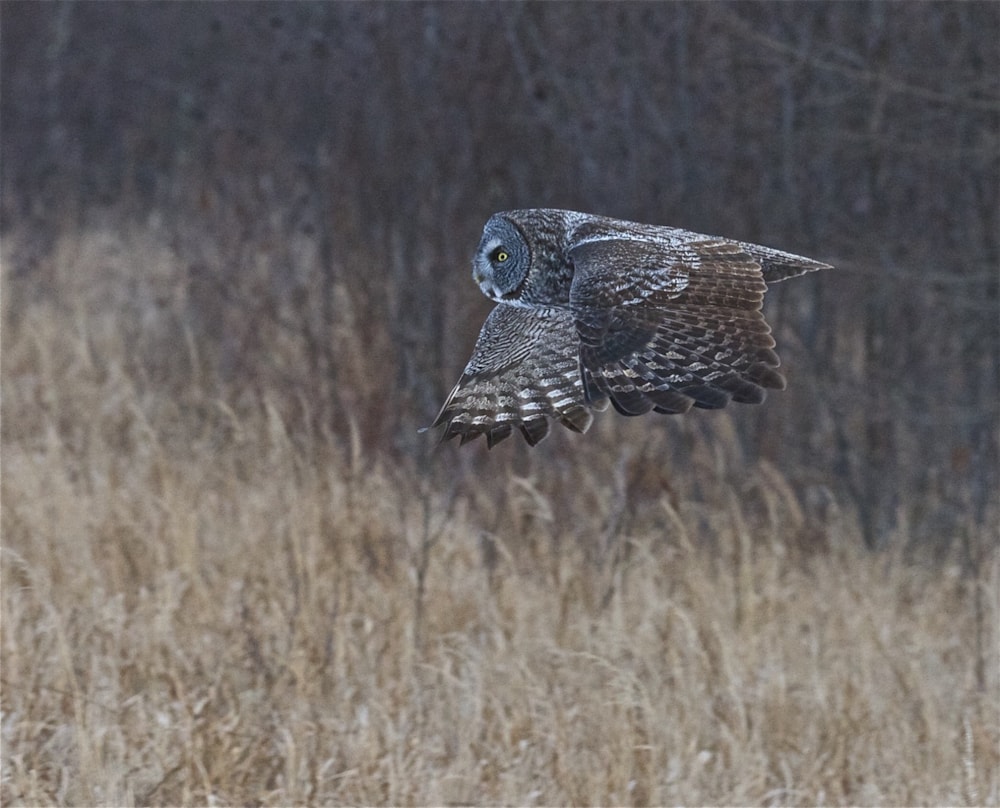 The species uses open meadows to hunt for its rodent prey (John Sheppard).

Rodney B Siegel, lead author of the paper, commented: "The Rim Fire looked like a worst-case scenario for California's Great Grey Owls, because it was pretty much centred on the heart of the population, and affected up to a quarter of all the territories in California.

"Our discovery that the owls remained and in many cases even continued to nest at the burned sites after the fire is good news for Great Grey Owls. We need to keep monitoring this population to find out if the owls will continue to use these burned sites over the longer term, as the trees that were killed by the fire deteriorate and eventually fall."