Ortolan Bunting being eaten to extinction

Illegal and unregulated hunting of Ortolan Buntings has been found to be unsustainable by an extensive pan-European study. Ortolan Bunting is a coveted French delicacy but, despite the banning of the practice, continued trapping and killing is pushing the species towards extirpation in the country.

Lead researcher Frédéric Jiguet, from the Centre for Ecology and Conservation Sciences in Paris, was one of 30 people behind the study, which was undertaken at the request of France’s Minister of Ecology. The team used geolocators, stable hydrogen isotypes and population genetics to study the bunting, discovering that a third of birds migrating through south-west France come from the declining northern populations, concluding that French hunting is partly responsible for their dwindling numbers. 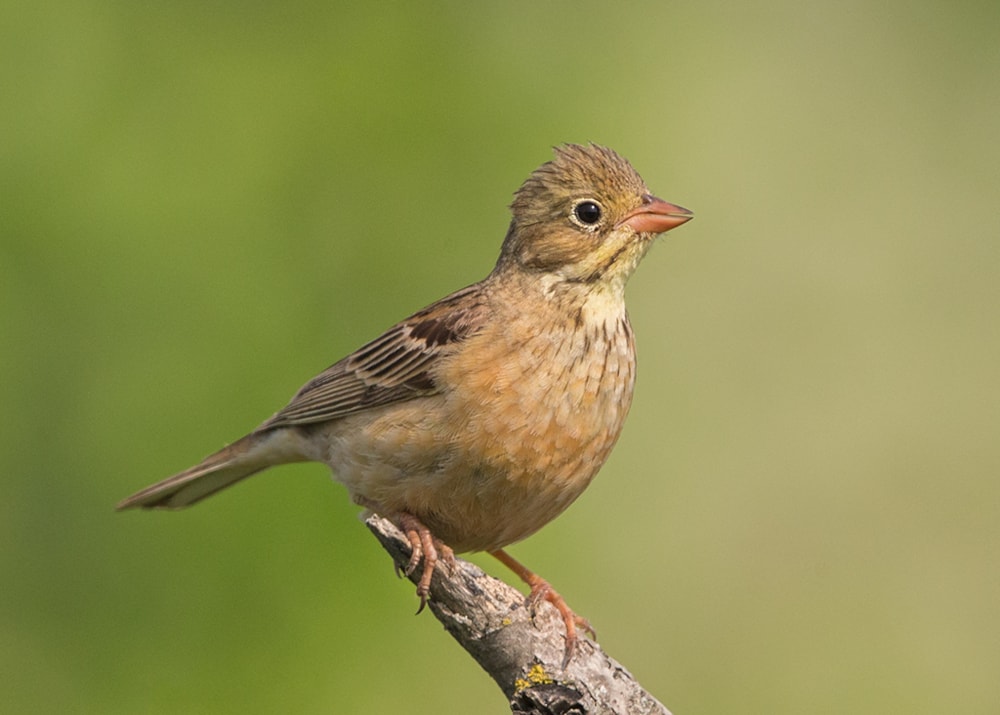 Modelling population dynamics through various possible scenarios showed that surviving migration through France would markedly reduce the birds' extinction risk, with the analysis confirming that current northern populations of Ortolan Buntings are directly threatened with extinction. French hunters in the south contest the hunting regulations – only formally applied in 1999, some 20 years after the species was listed as protected on the European Commission’s Birds Directive – claiming that what they catch is a small fragment of the bird’s wider population.

Regardless of a blanket ban from French restaurants in 1999, hunting of Ortolans goes on, largely unregulated. In south-west France the bunting is a cultural gastronomic tradition dating back to Roman times. After capture, the birds are fattened up in a cage before being drowned in Armagnac. Then they are plucked, cooked, and eaten whole, starting with the legs, and only the beak isn’t swallowed.

As many as 30,000 Ortolans have been killed in one autumn, with the delicacy supported by some politicians and prominent French chefs. Recent data has confirmed that the species has dropped by a colossal 88 per cent since 1980, with the sliding trend continuing. Declining or extinct populations, attributed to habitat loss, agricultural practices, climate change and unregulated hunting, were found mostly across northern countries. In France, the species has suffered a dramatic southward retraction during the last two decades.